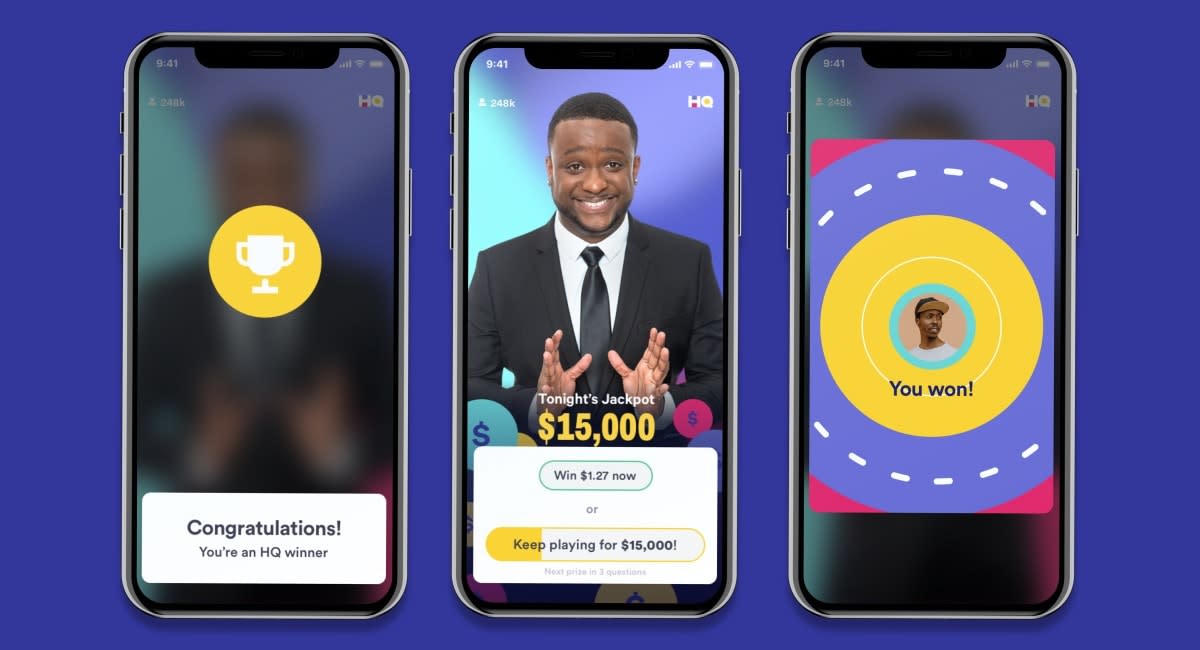 About a year and a half after it first popped up on our mobile screens, HQ Trivia is launching "season four" tonight at 9 PM ET with several gameplay tweaks and a refreshed cast of hosts. The trivia game streams live to player's phones and offers real cash prizes, however now you don't have to get all the way to the end to cash in. Instead players can choose to bank a smaller amount like $50 -- or keep playing for the big prize.

It's also adding occasional polls that ask players to collectively decide on topics for the game -- good to potentially get the game into your areas of knowledge and for its makers to keep you engaged. Matt Richards is still the regular primetime host, a role he took over after the exit of Scott Rogowsky, with others like Sharon Carpenter, Anna Roisman and Lauren Gambino rotating in for special games or other events.

Last night's season three finale included over 300,000 players and had to restart after a delay. As HQ tries to regain the momentum that had over a million people playing live at times, we'll see if these new features bring players back consistently The first game of season four is minutes away, you can install the app on iOS or Android and play now.

The money is in your hands tonight. #HQSeason4

In this article: entertainment, gaming, HQ, HQ trivia, mobile
All products recommended by Engadget are selected by our editorial team, independent of our parent company. Some of our stories include affiliate links. If you buy something through one of these links, we may earn an affiliate commission.