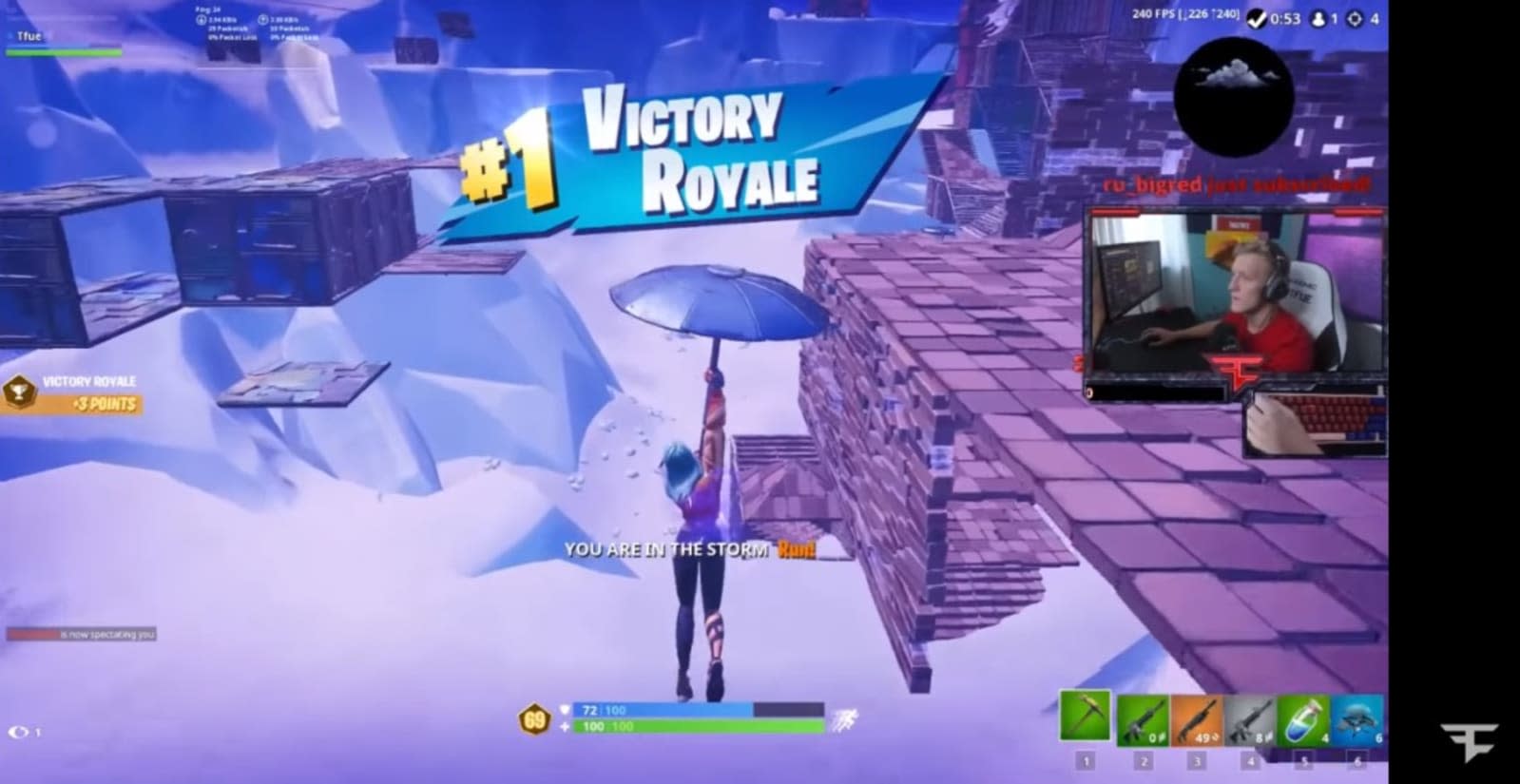 Just a couple of days after pro Fortnite player Turner "Tfue" Tenney filed a lawsuit against his esports team FaZe Clan, the gamer himself is speaking out in a new video. As we explained yesterday, Tenney's lawsuit seeks to sever ties with FaZe Clan, claiming he is an artist and should be protected under California's Talent Agency Act from the team which he says is limiting his opportunities and taking up to 80 percent of revenue he earns from third parties.

FaZe responded two days ago with a couple of statements claiming that it has only collected $60,000 from their partnership while Tenney made millions, and posted a single clause from the lawsuit regarding the 80 percent claim. The team claims it has never collected on that clause and has been working to improve the agreement.

In his video, Tenney begins by saying that parts of the lawsuit referring to a dangerous lifestyle and stunts performed in videos is not what he wants it to be about and will be removed. Beyond that, his messages is simple, imploring followers to pressure FaZe to "#ReleasetheContract." The deal that his lawsuit claims is onerous and one sided is not fully available to the public, and Tenney says that while he cannot disclose what's in it, that once people are shown they'll understand how bad it is. Engadget has contacted FaZe Clan but has not received a response yet, we'll update this post if there's any new information.

Update: In response to the video, FaZe Clan owner Richard "FaZe" Banks tweeted that "we ARE indeed releasing the contract."

By the way we ARE indeed releasing the contract. Just got off the phone with the hirer ups and we're preparing it for you guys now. I have nothing to hide and everything I've said throughout all of this is the truth. We tried for a straight year to come to a new agreement.

So yea I'll say it again. We ARE releasing the contract momentarily. This wasn't about standing up for what's right, it's manipulative to suggest that. This was about what Tfue's dad believed was in his best interest (leaving FaZe) and stopping at nothing to accomplish it.

Last tweet. Our legal team is preparing everything, we will release the contract with all the context in the world when we can. Again all @TTfue you had to do to accomplish that was ask me. We weren't prepared for this so just give us some time. It's coming. Thanks.

A follow-up from FaZe Clan on today's unfortunate situation. pic.twitter.com/qm6sK8v88B

In this article: business, cloakzy, contracy, entertainment, esports, faze clan, fortnite, gaming, lawsuit, tfue
All products recommended by Engadget are selected by our editorial team, independent of our parent company. Some of our stories include affiliate links. If you buy something through one of these links, we may earn an affiliate commission.