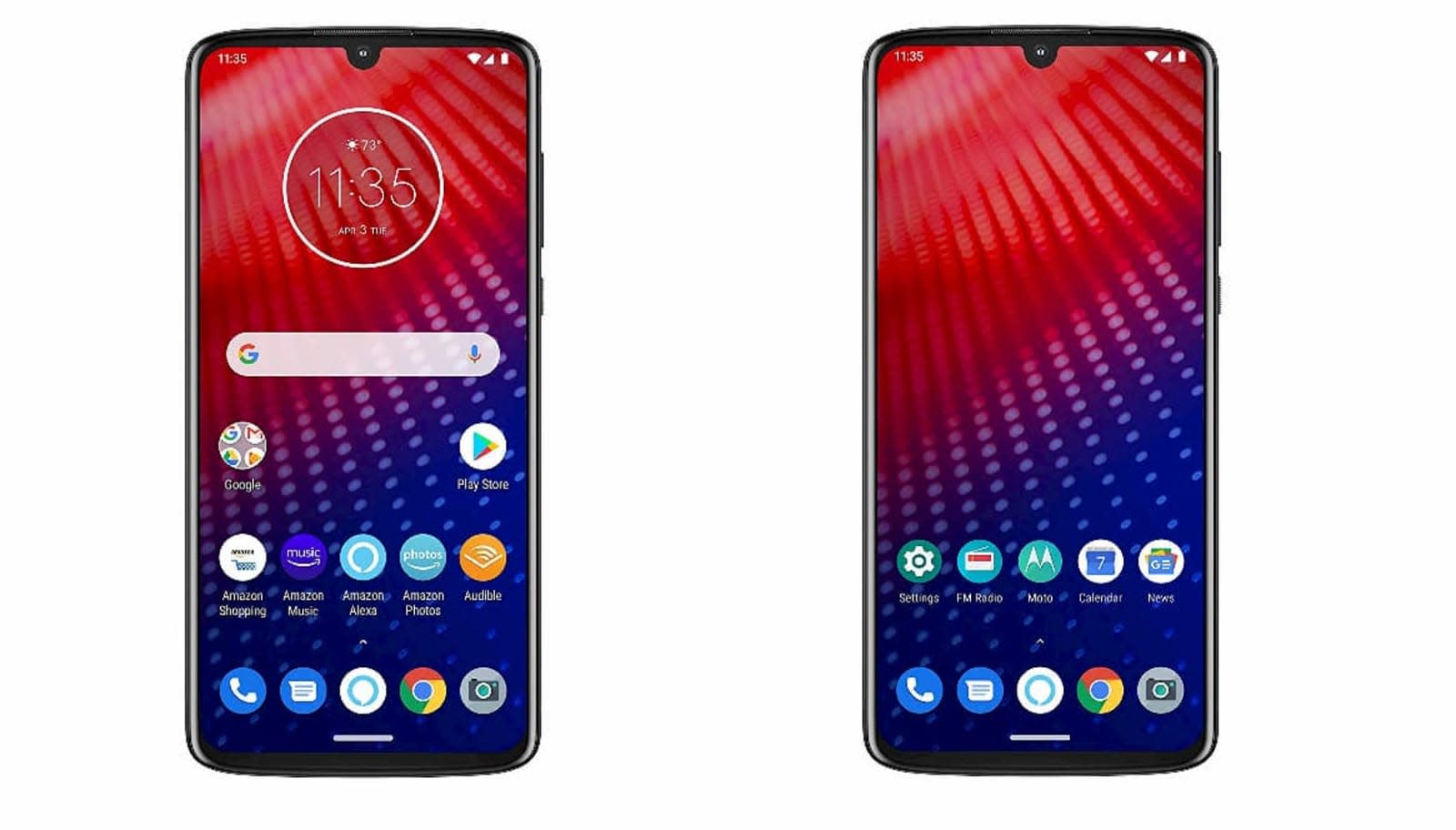 Motorola hasn't formally announced its upcoming Z4, but someone already got their hands on it and has shared specs as well as first impressions. YouTuber and Redditor JETFIRE007 ordered the handset when Amazon listed it for sale early, and the retailer, incredibly, delivered it a couple of days later. Yikes.

The real, live phone (and the now-pulled Amazon listing) matches up with previous leaks. The Z4 has a 6.4" Full HD+ OLED display with Gorilla Glass 3 and an in-display fingerprint reader. It includes a single-lens, 48 MP rear camera that taps into Motorola's Quad Pixel system to offer high-quality 12 MP images, while the front camera boasts a 25 MP lens in a teardrop notch with a group selfie mode. There's also a microSD slot, USB Type-C port and an all-too-rare headphone jack.

On the inside, the Z4 has a Snapdragon 675 octa-core processor, Adreno 608 GPU, 3600mAh battery with 15W fast charging and 128 GB of storage. A 360-degree camera Moto Mod was included in the package -- as with the Z3, it's a safe bet that you'll be able to attach the 5G Moto Mod. If you order from Amazon when the device actually goes on sale, it seems the Z4 will have an option for hands-free Alexa support. All this, according to the listing, will cost you $500.

It's not the first time phones have emerged earlier than their makers might have planned. Motorola's entire 2017 lineup leaked in advance from a presentation, while Engadget got its hands on the Pixel 3 XL early when a store had it on display three days before Google's launch event last year.

In this article: amazon, android, gear, mobile, motorola, motorola z4, motorolaz4, z4
All products recommended by Engadget are selected by our editorial team, independent of our parent company. Some of our stories include affiliate links. If you buy something through one of these links, we may earn an affiliate commission.