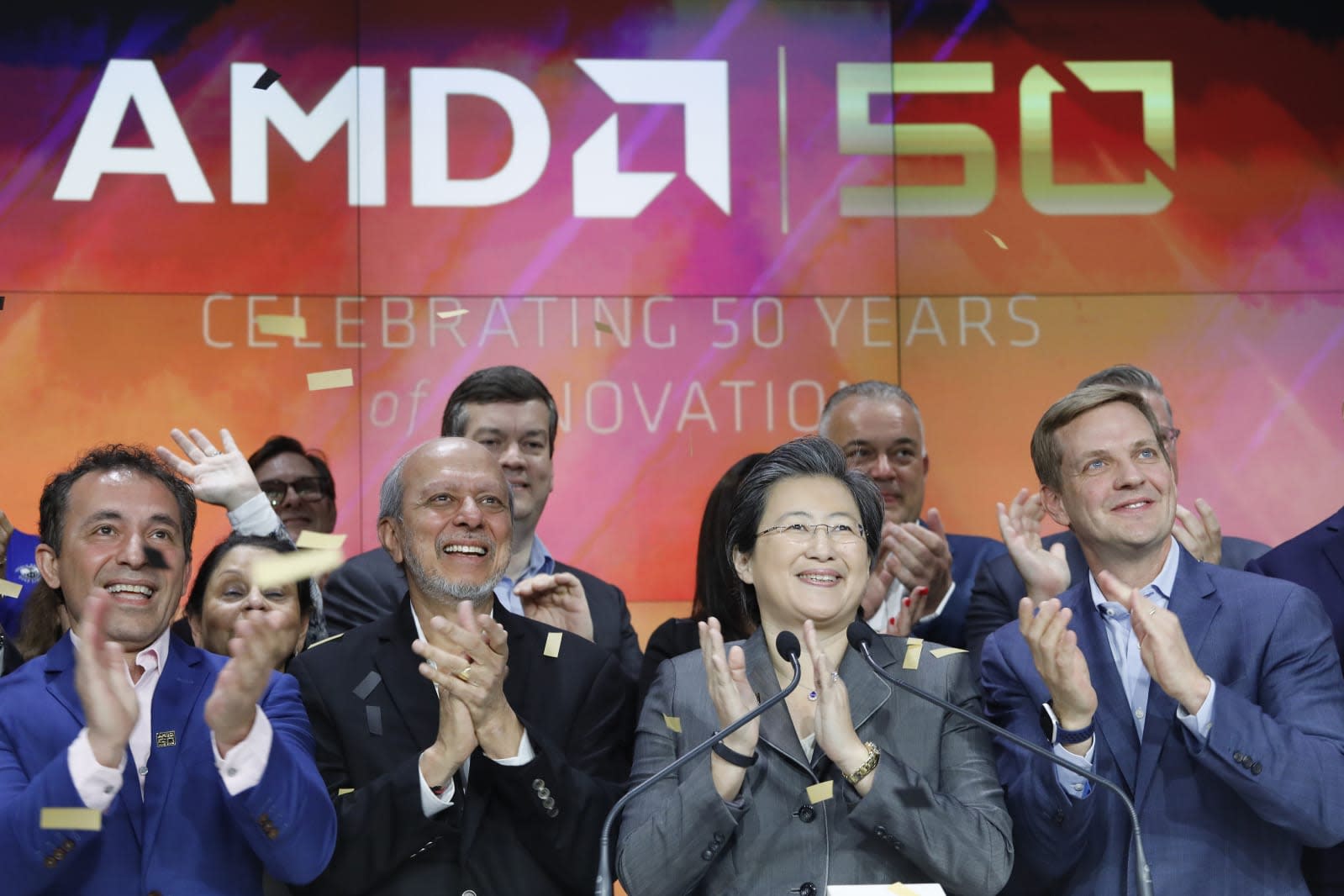 AMD stole the spotlight at Computex 2019, where it shared details on its third generation Ryzen CPUs and first Navi GPUs. But that's not the only big news AMD has in store. Today, the company announced a multi-year partnership with Samsung, in which AMD will license its Radeon graphics IP for use in Samsung smartphones and other mobile applications.

As Forbes points out, AMD's technology will likely be used in Samsung's Exynos mobile processors. While AMD's Radeon technology can be found in PCs, gaming consoles and cloud platforms, this is a way for AMD to get back into the smartphone game -- it sold its Imageon graphics business to Qualcomm in 2009 -- without having to build its own mobile processors. AMD still has its work cut out. The Radeon graphics were built for 15W - 65W PC processors. To customize the IP for Samsung's chips, AMD will have to reduce the power to under 5W, yet maintain a high level of performance.

"Adoption of our Radeon graphics technologies across the PC, game console, cloud and HPC markets has grown significantly and we are thrilled to now partner with industry leader Samsung to accelerate graphics innovation in the mobile market. This strategic partnership will extend the reach of our high-performance Radeon graphics into the mobile market, significantly expanding the Radeon user base and development ecosystem."

We probably won't see the results of this partnership on the market for a couple years. In the meantime, there's a chance AMD will license more of its IP to adjacent markets. Either way, we have plenty to look forward to in the new Ryzen CPUs and Navi GPUs.

In this article: amd, business, chip, exynos, gear, GPU, gpus, graphics, intellectual property, ip, license, licensing, low-power, mobile, processors, radeon, samsung, smartphone
All products recommended by Engadget are selected by our editorial team, independent of our parent company. Some of our stories include affiliate links. If you buy something through one of these links, we may earn an affiliate commission.