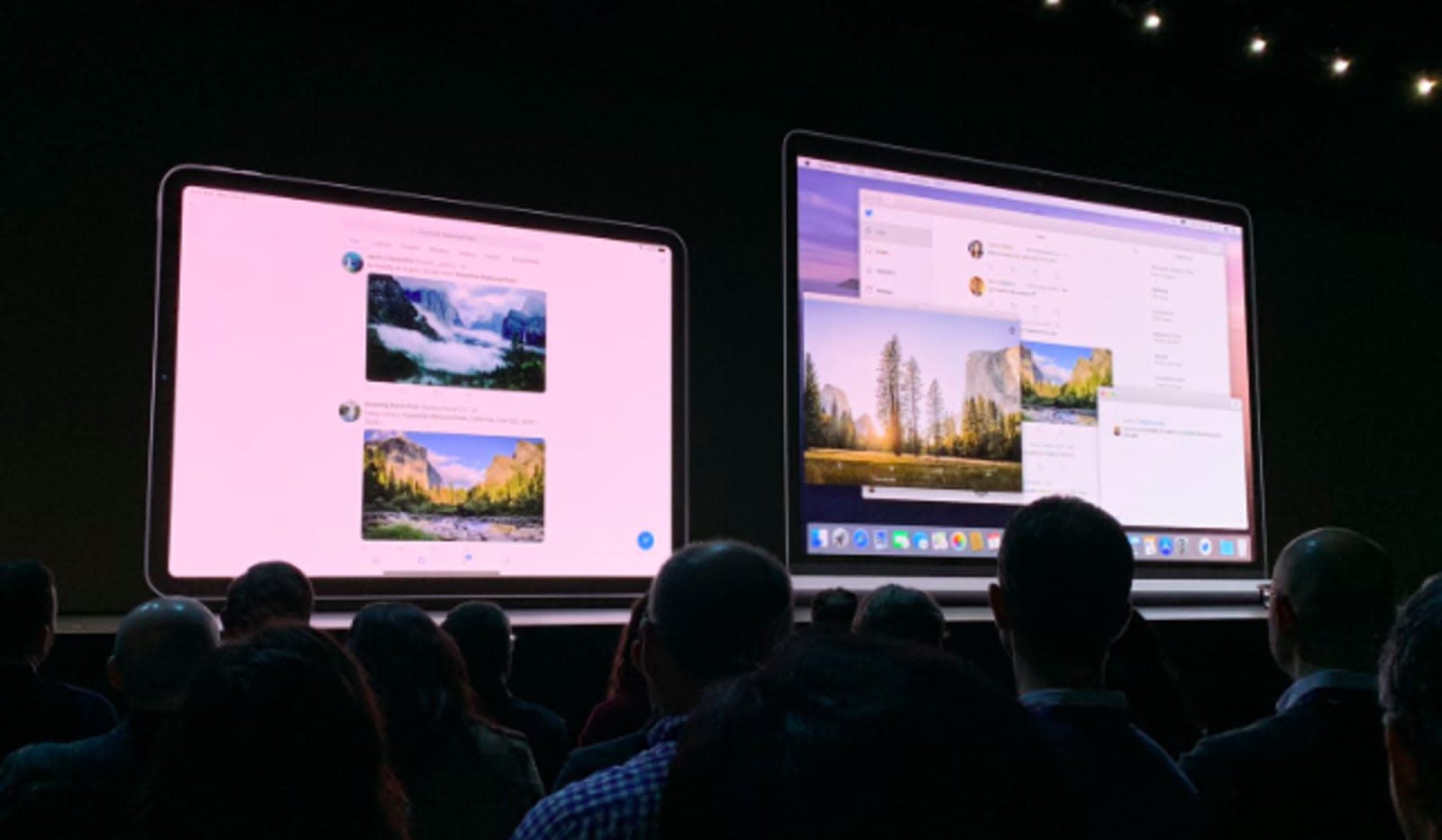 More than a year after Twitter pulled the plug on its official app for the Mac, it looks like the company will be launching a new version for Apple PCs later this year. The application is being created as part of Apple's Project Catalyst, which lets developers easily port apps from iOS to the next major version of macOS, dubbed Catalina. Based on what Apple shared on stage at WWDC 2019, you should expect Twitter's Mac application to be quite similar to the version youu're using on your iPhone.

"This Twitter for Mac will be fully native, with all the native features of a Mac app," the company said in a tweet from its Twitter Support account." Multiple windows, window resizing, drag and drop, dark mode, keyboard shortcuts, notifications and more!" Additionally, Twitter said that, thanks to Apple's new technology, the new app "will get regular updates, just like Twitter for iPad and iPhone. It's the best of both worlds: the full Twitter experience enhanced to run natively on a Mac!"

The all new Twitter for Mac will be in development this summer in preparation for an early launch on macOS 10.15 Catalina. pic.twitter.com/Q13OUMRgjt

In this article: apple, catalina, entertainment, gear, internet, mac, macos, macos catalina, social, social media, twitter, twitter app, twitter for mac, wwdc, wwdc2019
All products recommended by Engadget are selected by our editorial team, independent of our parent company. Some of our stories include affiliate links. If you buy something through one of these links, we may earn an affiliate commission.