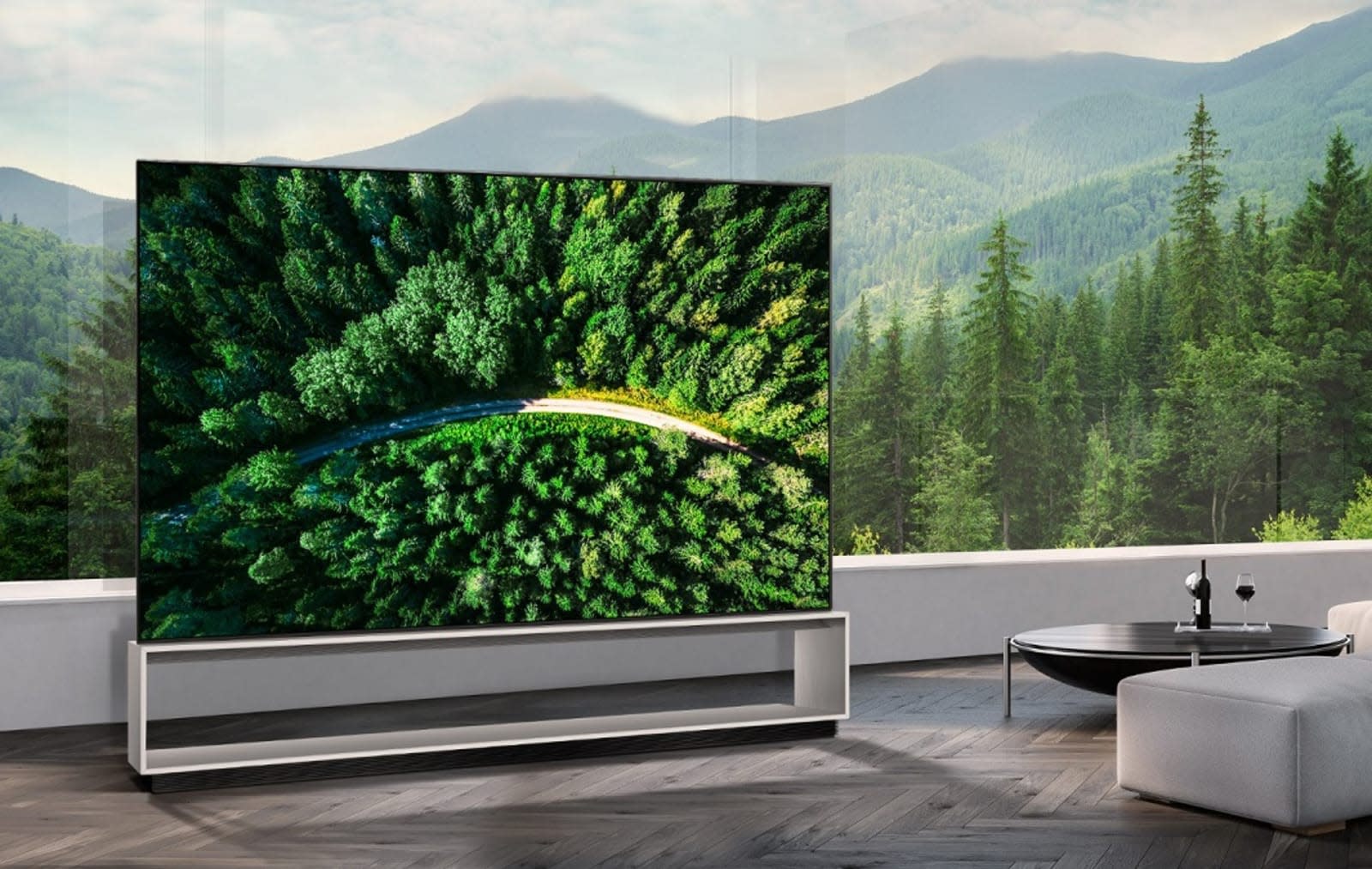 Sorry, 4K TV owners, your days of bigging up your entertainment setup to pals is nearing an end -- 8K has officially arrived, and as LG's newest offering proves, it's almost sarcastic in its lavishness. LG is now accepting pre-orders for its 8K OLED -- the world's first -- which boasts eye-watering resolution and a price tag to match.

The 88Z9 features an 88-inch OLED panel with 8K Ultra HD resolution -- 16 times the number of pixels in full HD and four times as many as 4K. It also comes with LG's second generation Alpha 9 8K intelligent processor, which uses deep learning technology to optimize sound and visuals, and analyzes ambient conditions for the ideal screen brightness. According to LG, the TV will also feature built-in versions of both Google Assistant and Amazon Alexa in some markets, although it's not specified which.

And how much does it cost? Well, if you have to ask, if you definitely can't afford it. The 88Z9 rings in at $34,000 for pre-order. After that, it'll retail for $42,000, although let's be honest, if you already have that much money to drop on a TV then that extra eight large is probably inconsequential. If your budget can't stretch quite that far though, and you're still keen on one-upping your neighbors, there's always Samsung's non-OLED 85-inch 8K TV at $15,000, although that's set to be usurped by its $70,000 98-inch version, unveiled at CES this year. Again, it's not OLED, but it is sufficiently enormous, which could be a key selling point if you're a "size matters" kinda TV person.

In this article: 4K, 8K, av, gear, HD, home, lg, OLED, pixels, QLED, samsung, screen, TV
All products recommended by Engadget are selected by our editorial team, independent of our parent company. Some of our stories include affiliate links. If you buy something through one of these links, we may earn an affiliate commission.