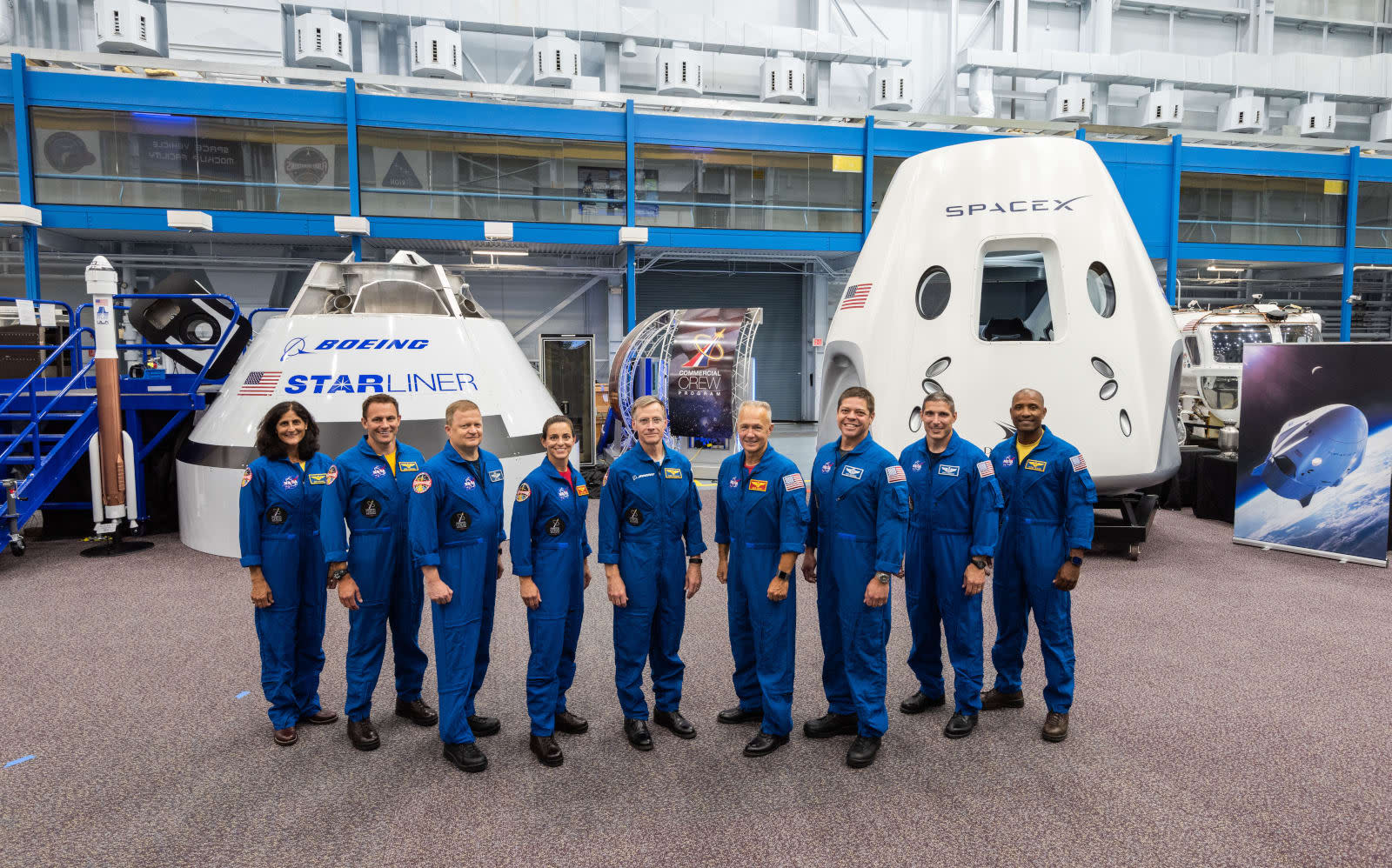 When NASA awarded Boeing and SpaceX contracts to develop vehicles that can take astronauts to the ISS, it was hoping they'll be done by 2017. Unfortunately, both companies grappled with technical challenges that forced them to delay their timelines. A new Government Accountability Office report even wants NASA to prepare for even more delays, as neither company is near to meeting all the agency's requirements for manned spaceflight.

"GAO continues to believe that NASA should develop a contingency plan to ensure uninterrupted access to the ISS if delays persist beyond September 2020. NASA generally agreed with GAO's findings," the report reads. NASA already intends to purchase more seats on the Soyuz until September next year to ensure continued access to the ISS. But it sounds like GAO is urging the agency to buy more slots for its astronauts beyond that month.

The GAO report says both companies still have to solve a bunch of technical problems, including the need to tweak some components for safety reasons, before their vehicles can receive certification. Both of them have to conduct several parachute tests to demonstrate that their capsules can land safely, as well.

While SpaceX was able to dock an unmanned Crew Dragon with the ISS in March, that same vehicle was destroyed while the company was testing its thrusters and emergency escape system. SpaceX said it was due to an "anomaly," but didn't detail what went wrong. NASA Administrator Jim Bridenstine recently admitted that it caused a change in the company's schedule yet again. SpaceX originally wanted to launch a seven-day crewed test flight this summer, but a NASA document shows that it's now targeting a November 15th launch date.

Meanwhile, the target launch date for Boeing's uncrewed Starliner test flight is on September 17th -- its first crewed flight's schedule depends on that initial test's success. A spokesperson said as a response to the report that the company "is progressing toward the first Starliner launch this summer." He added that "[s]afety remains [their] number one priority, and [they're] focused on performing a safe, successful uncrewed orbital flight test."

In this article: boeing, commercial crew, gear, nasa, space, spacex
All products recommended by Engadget are selected by our editorial team, independent of our parent company. Some of our stories include affiliate links. If you buy something through one of these links, we may earn an affiliate commission.