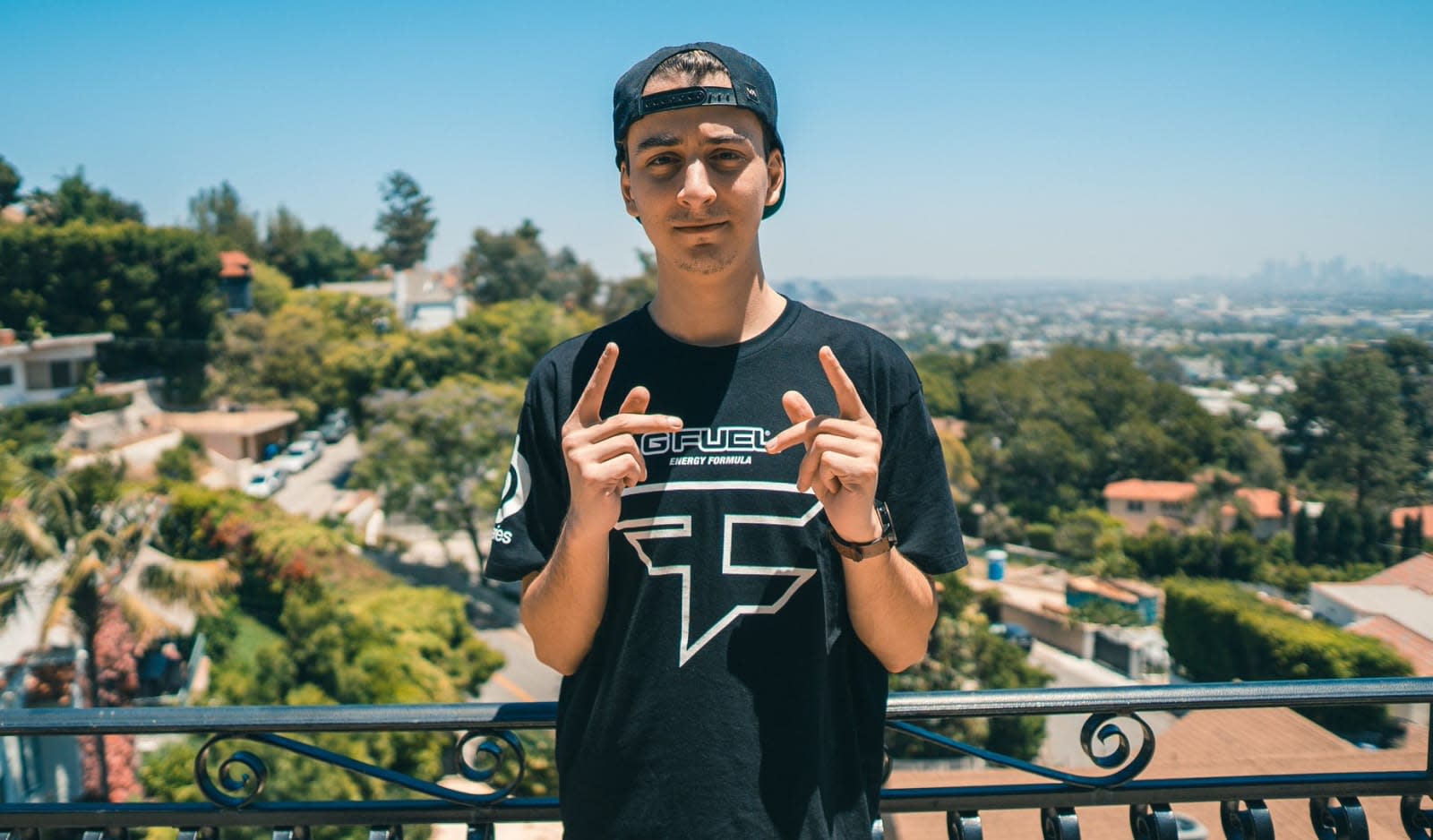 Esports organization FaZe hit the headlines last month, after popular Fortnite player Turner Tenney -- AKA Tfue -- sued the company for violating California labor laws. Following the news -- which saw FaZe trending worldwide on Twitter for hours -- it emerged that the company was taking up to 80 percent of Tenney's revenue earnings and preventing him from signing other deals. Now another well-known streamer is cutting ties with FaZe for the same reasons.

Dennis Lepore, known as "Cloakzy," is Tenney's Fortnite duos partner, and the pair live together. Over the weekend, FaZe's official account tweeted that "FaZe Clan & Cloakzy are in agreement to work towards his future departure from our team," and that the company will be "open to transfer proposals from other organizations as we explore our options moving forward."

In a stream released shortly afterwards, Lepore revealed that he had been trying to leave the organization for some time, and that FaZe's tweet had caught him by surprise as he hadn't been approached before it was posted. "We haven't been in agreement with me leaving for the past six months, because I've been trying to leave for the past six months before the whole Tfue thing came out," he said. "I just went with the more passive route. I went with the route of, 'Listen, I'm willing to work this out.'" Further, he said that he didn't want to be transferred to another team. "I don't know why they put that in there," he said. FaZe later clarified its position on this:

FaZe will not pursue a transfer on our own, and allow Cloak to represent himself moving forward. We will retain his player rights should he wish to be moved elsewhere at a later date.#FaZeUp

According to Lepore, he's been "on the same shit" since he first signed with FaZe, alluding to the same unfavourable terms that were revealed in Tenney's leaked contract. But despite a quiet six-month struggle between the two parties, Lepore believes FaZe is suddenly willing to let him go because he failed to make it to Epic's Fortnite World Cup. "It seems like now they're in agreement with letting me go because I didn't qualify," he said.

Unlike Tenney, however, Lepore doesn't seem to have any ill feelings towards the company. "There's nothing wrong with FaZe," he said during his stream. "FaZe is still a great org ... All respect to every single person on FaZe ... We couldn't come to a conclusion. That's it." And it's not all bad news for FaZe. The company managed to sign Nick "NICKMERCS" Kolcheff last month, a popular Fortnite player who recently left esports organisation 100 Thieves. Interestingly, Kolcheff also left his previous company due to remuneration issues, so all of this drama could help set a precedent for esports contracts going forward.

In this article: 100 Thieves, av, business, Cloakzy, contract, Dennis Lepore, entertainment, esports, FaZe, Fortnite, gaming, internet, Nick Kolcheff, NICKMERCS, streaming, Tfue, Turner Tenney, Twitch
All products recommended by Engadget are selected by our editorial team, independent of our parent company. Some of our stories include affiliate links. If you buy something through one of these links, we may earn an affiliate commission.