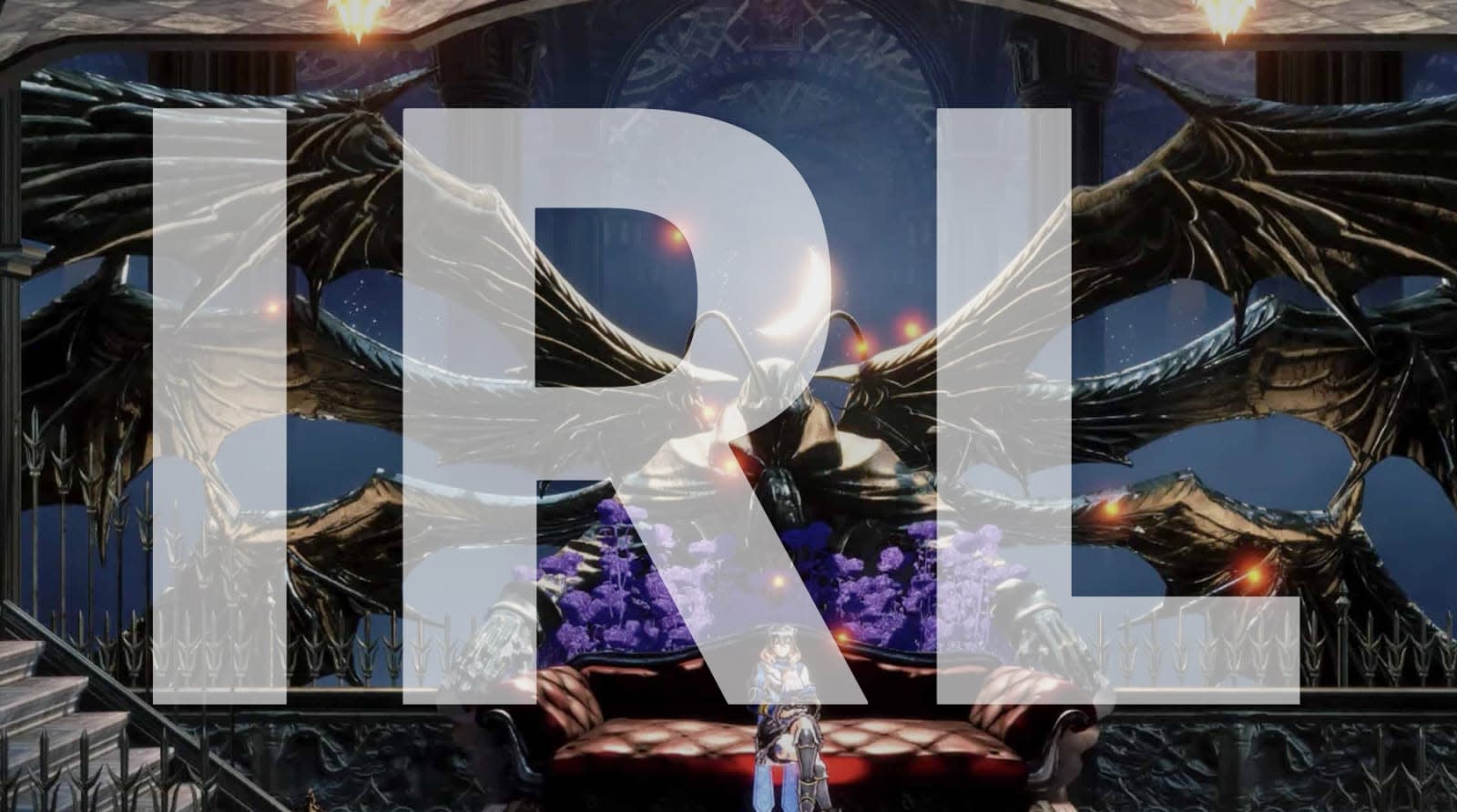 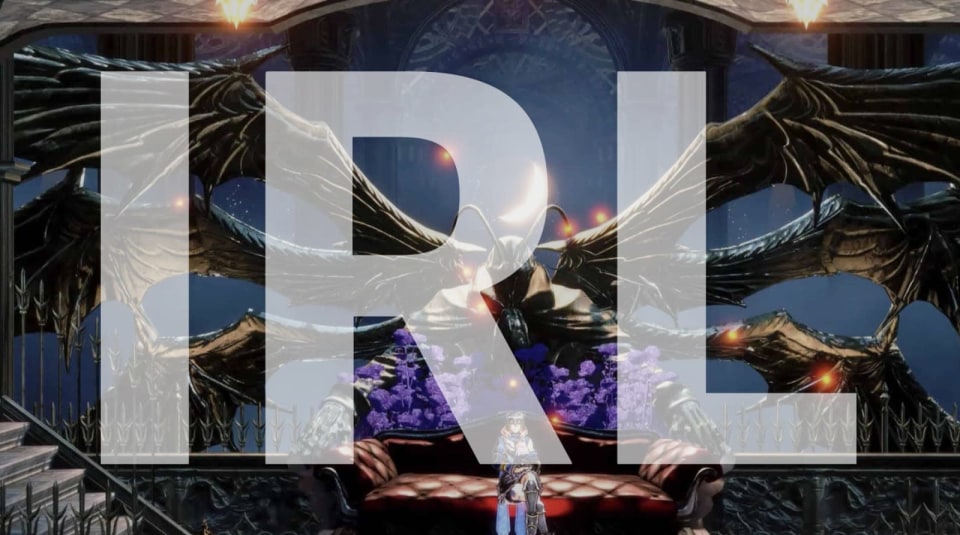 Welcome back to Engadget's Gaming IRL, a monthly segment where we run down what our editors are playing. This time around, we've finally got our hands on Kickstarter darling Bloodstained: Ritual of the Night, as well as some more impressions on Super Mario Maker 2. And for a change of pace, we take a look at an intriguing visual novel, Miss Fisher and the Deathly Maze.

It's almost hard to comprehend that it's been four years since Bloodstained: Ritual of the Night raised $5.5 million on Kickstarter. After years of delays and a disappointing beta, it's finally here -- a true successor to Castlevania: Symphony of the Night from co-designer Koji Igarashi. And... it's surprisingly great. Thankfully, it's not another Mighty No. 9, a clunky retro play that failed to deliver the Mega Man magic we wanted.

Bloodstained captures much of what I loved from Symphony -- the elegant platforming and combat, the joys of Metroidvania exploration and a rocking MIchiru Yamane soundtrack -- inside of a modern 3D engine. While the bulk of the gameplay occurs on a traditional 2D plane, sometimes the camera jumps into the frame during cut-scenes for some truly cinematic angles.

The only problem with the game? I'm playing it on the Switch, which feels like it has barely enough power to keep everything going. The framerate is sometimes laughably low, especially when the action heats up on screen. Hopefully, Igarashi and his development team will be able to optimize Bloodstained a bit more for the Switch. Until then, I might just hop over to the pristine Xbox One X version.

Miss Fisher and the Deathly Maze

I've been mainlining a lot of visual novels lately. Why? Well, I'm trying to get into writing fiction and have been studying a lot of different types of storytelling to learn more. Or, maybe it's just because I have plenty sitting in my pile of shame and a lot of free time recently. Either way, I've been playing quite a bit in the past few weeks, from the adolescent internet nostalgia of Emily is Away to the quiet meditation on death that is A Mortician's Tale. But for all of their innovative gameplay or structure, my favorite of the bunch ended up being one of a slightly more traditional bent, Miss Fisher and the Deathly Maze.

It's a detective point-and-click game based on the Australian series Miss Fisher's Murder Mysteries. (You can watch it on Netflix. Or so I hear, because I've never actually seen it.) So, why play a game based on a show I've never watched? I tried it at PAX East and found it intriguing, mostly because I'm a big fan of the Phoenix Wright series. Also, it was $1.70 during the Steam sale. It was a cheap bet to make, one that I'm happy to say paid off.

It was exactly what I wanted; clicking around various locations looking for clues, combining them to "deduce" new facts and leads, and reading lots of witty banter between our main character and her various friends and companions. Oh, and you get to change into various lovely and stylish outfits. Oh, that mint dress!

Despite my lack of knowledge about the series, I still managed to keep up. Phyrne and Jack have some sexual tension! Dot and Hugh have a troubled marriage! I didn't really need to know more, since each individual episode of the game is mostly standalone. I say mostly because there is an ongoing B-plot that would presumably be resolved in the final episode. If there was a final episode, that is. It's unlikely at this point, because the game never sold enough for the developer, Tin Man Games, to continue working on it. But they're still actively promoting at shows, so perhaps not all hope is lost. It might be worth a purchase during the next Steam sale, or you can snag it on iOS for $4, and maybe we'll finally get to the bottom of all this "deathly maze" business. As someone who had a plastic Mario trophy onto which I'd etch my Super Mario World high scores as a kid, Super Mario Maker 2 is an absolute dream. Each course feels like a manifestation of Mrs. Gump's maxim: you might know the basic ingredients, but you never know what you're gonna get. The levels are by turns thrilling, exasperating, fascinating and just plain fun as we face the whims of other players and Nintendo's bag of stage-making tools. Still, there's a lot Nintendo could be doing to improve the overall experience.

Discoverability is pretty dire as it stands. If I happen across an interesting course or maker on Twitter or Reddit etc., it's kind of a pain to punch in those ID codes on Switch. Better integration with the Switch Online app or Nintendo's website would be welcome, and it's silly there's not a version of the Super Mario Maker Bookmark site for SMM2 yet. I don't get notifications when someone I follow uploads a new course, which is bizarre, as is having separate Maker ID and Switch friend codes.

Level playlists would be a solid addition too. I played through all 32 courses one maker designed as a full game, enjoying the solid difficulty curve and how levels built on each other's tricks. It would have been nice to seamlessly move from one level to the next, or even if the maker'd had a mini overworld for their levels, but the SMM2 UI disrupted what might have been an enjoyable flow. Adding an option to line up a bunch of courses to run through would allow makers to effectively create their own Mario games.

Nintendo could also vastly improve accessibility. There's no option to remap controls beyond changing the jump and dash button order. Not everyone will find it easy to tap a shoulder button for a long jump, for instance, and for those players who are coming in without having played the more recent incarnations of the franchise, it might be a bit disorienting to hit ZL instead of A for a spin jump.

Let me also suggest that gunning for a course's world record isn't always the best way to play. You'll often come across levels that makers have put a lot of thought and care into. It's worth taking the time to explore and appreciate the work they've put in. After all, you might be missing out on a few 1-UPs that could extend your endless challenge run.

In this article: art, Bloodstained: Ritual of the Night, gadgetry, gadgets, gaming, gamingIRL, Miss Fisher, newirl, Super Mario Maker 2, thebuyersguide
All products recommended by Engadget are selected by our editorial team, independent of our parent company. Some of our stories include affiliate links. If you buy something through one of these links, we may earn an affiliate commission.