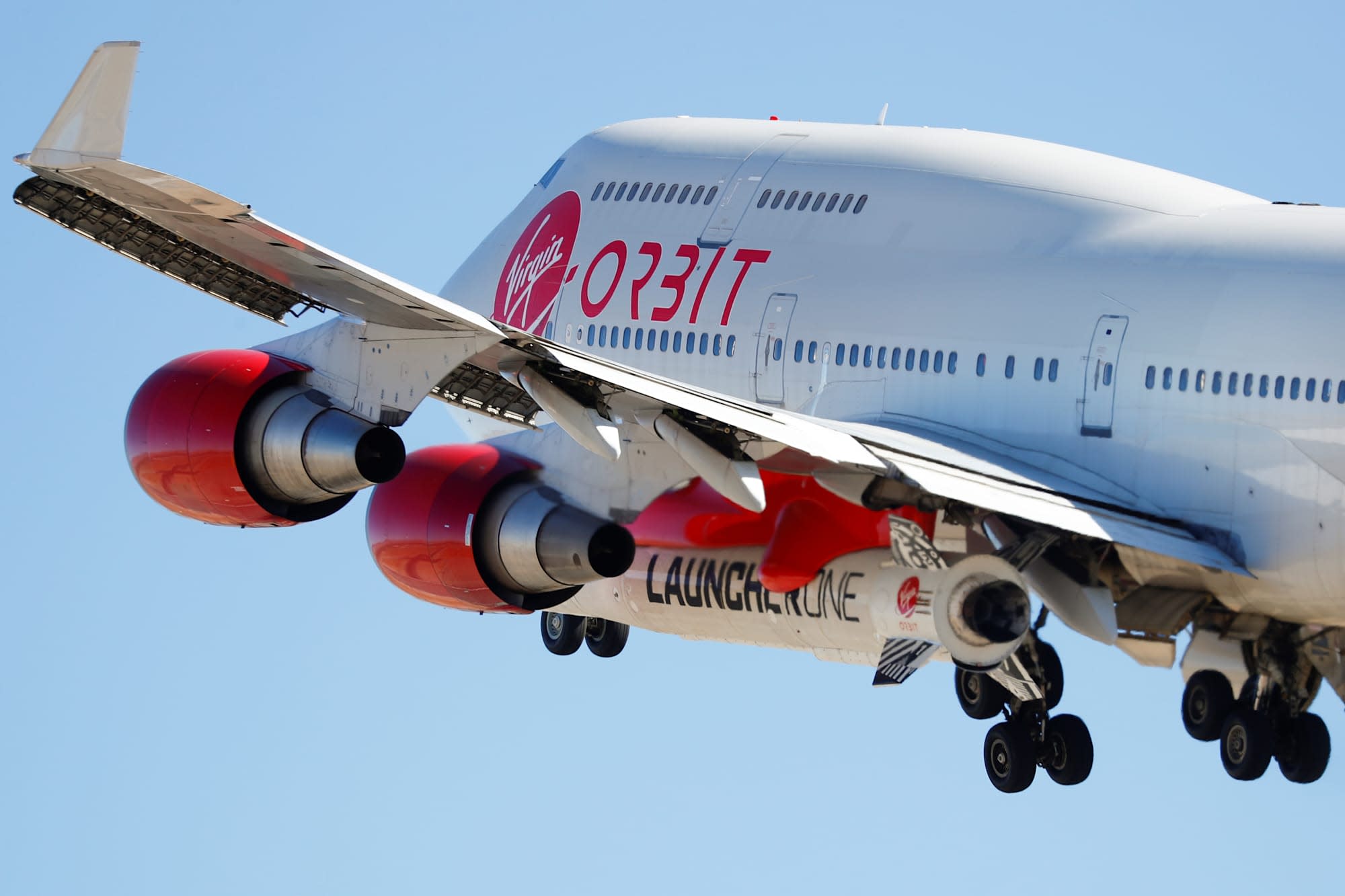 Virgin Orbit, the small satellite launch arm of Virgin Galactic, will provide launch capabilities for the UK's Royal Air Force (RAF). Virgin has been angling for government contracts recently and has managed to land a project called Artemis "to demonstrate the utility of small satellites and responsive launch to provide information to the RAF."

The unique feature of the Virgin Orbit program is how quickly a launch can be arranged. Typically, a launch takes years of planning and can only take place from certain sites which access particular orbits. This means that access to a given orbit can never be guaranteed on short notice. However, Virgin believes it can offer launches with as little as a week's notice by making use of its customized 747-400 aircraft which acts as a "flying launch pad."

This speed of deployment is a particular selling point for the military. "We've built a launch system to address commercial needs, but we've found it has enormous advantages for government customers," said Dan Hart, President and CEO of Virgin Orbit.

Hart also expressed optimism that the project could support peaceful international relations in space: "Ultimately, we are hopeful that by demonstrating the capability to quickly and easily deploy and replace satellites in Low Earth Orbit we will be helping to remove the incentive for any nation to invest the money in harming another nation's satellite."

Virgin Orbit performed a successful drop test of its LauncherOne vehicle a few weeks ago. Now it will finalize assembly and testing of its orbital rocket before the first launch into space, scheduled for later this year.

In this article: government contracts, launch, military, RAF, small satellites, space, tomorrow, Virgin Galactic, Virgin Orbit
All products recommended by Engadget are selected by our editorial team, independent of our parent company. Some of our stories include affiliate links. If you buy something through one of these links, we may earn an affiliate commission.