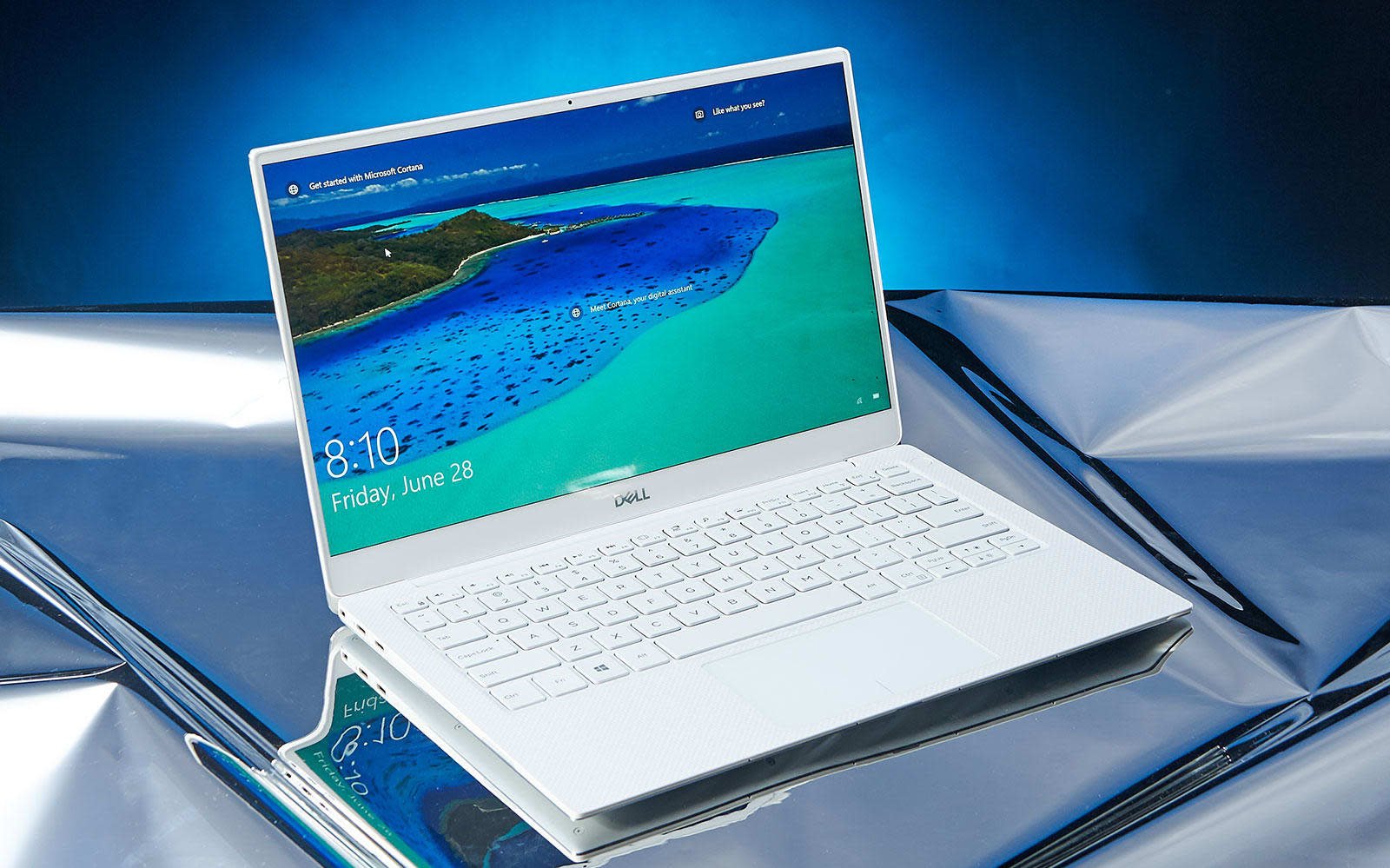 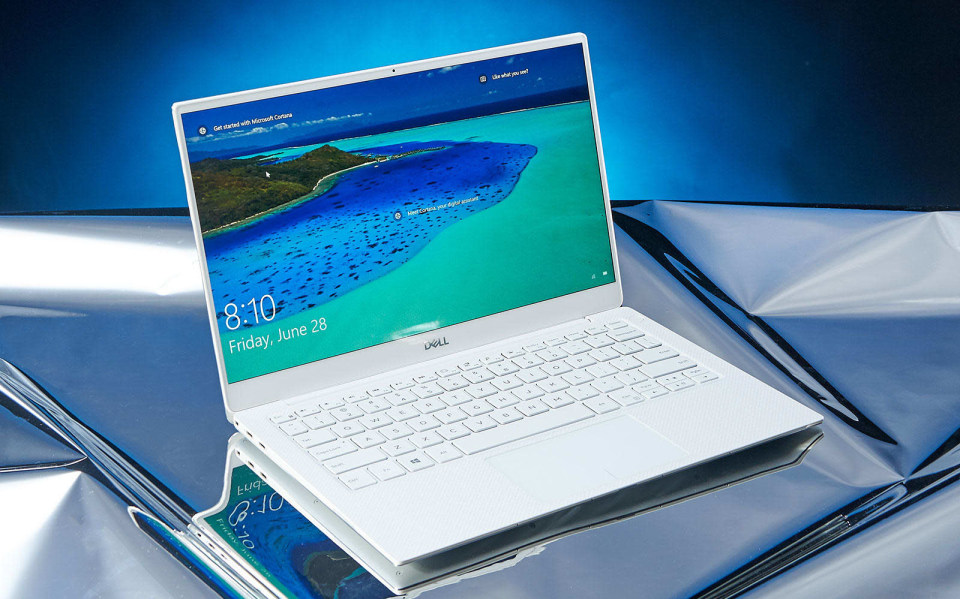 If you're bound for college or high school, there's good news and bad news when it comes to choosing a laptop. On the plus side, there are more choices than ever, which means there's a good chance you can find a notebook that's perfect for you. The downside: With so many options, it's often hard to figure out what's actually worth buying.

We've recommended some of our favorite laptops as part of our annual back-to-school guide, but here are some tips to keep in mind. First off, consider what your needs are: Your laptop is going to see you through every class report and Netflix binge for the next four years. Get a machine that can do both. For many students, a modern ultraportable will be enough. But if you want to game or edit media, you'll have to make sure you find something with a bit more power.

For most students: ultraportables all the way 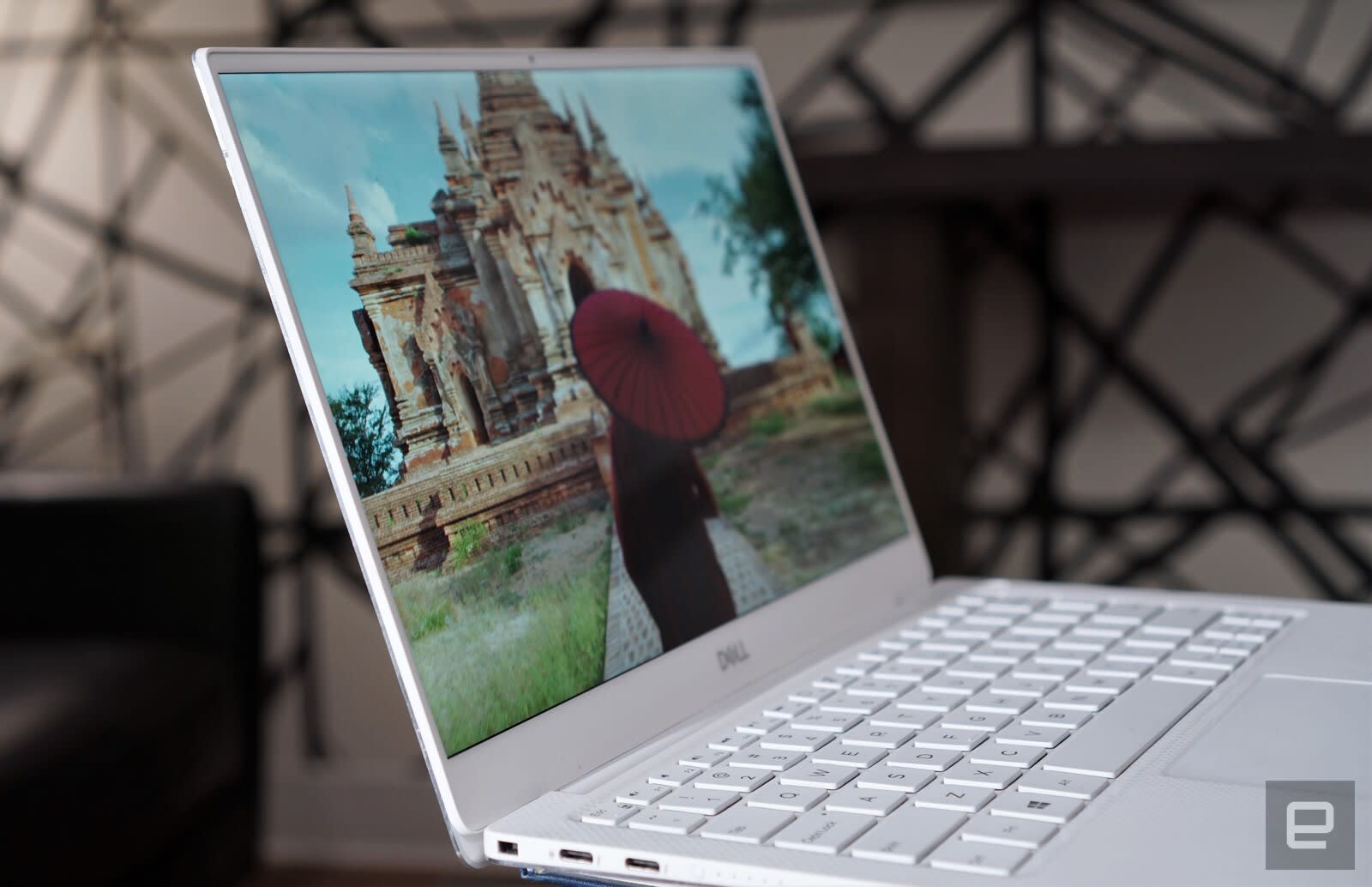 It used to be that thin and light notebooks were a rarity, but now just about every computer maker has several ultraportable models to choose from. And best of all, you won't have to sacrifice much to get one. Look for something that weighs less than three pounds, and make sure it includes Intel's eighth-generation CPUs or better and at least 8GB of RAM (16GB would be ideal for future-proofing). Intel's recently announced 10th-generation laptop processors sound like a solid upgrade on paper, but we're still waiting to see them land over the next few months.

Dell's XPS 13 is one of the best Windows ultraportables on the market, with a gorgeous Dolby Vision HDR display that's nearly bezel-less. It's always been one of our favorite options, but this year it's been refined to near perfection. (We're also keeping a close eye on the upcoming XPS 13 two-in-one, which sports an even sleeker design and makes use of Intel's 10th-gen processors.) If you're looking for something with a tad bit more graphics power, though, consider the ASUS Zenbook S13 ($1,395). It features NVIDIA's MX150 graphics card, which is good enough to play many games in 1080p.

When it comes to Macs, we like the ultra-slim design of the new MacBook Air ($1,099+), but its relatively slow hardware might not be enough to last you four years. The same holds true for the MacBook; you give up a lot to have such a tiny machine. Instead, I'd recommend the 13-inch MacBook Pro ($1,199+) as a solid lightweight option, since it clocks in at just three pounds with considerably more power than its smaller siblings.

For gamers: You too can go "light"

Thankfully, you don't have to lug a 10-pound laptop around anymore if you want to play the latest games. As we explain in our guide to buying a gaming notebook, you have plenty of options clocking in around five pounds. Mostly that's due to massive leaps in efficiency with NVIDIA's 10-series graphics cards, which brought desktop-like performance to notebooks without sacrificing portability. But Intel's recent mobile processors have also made some huge improvements, like offering a six-core model. Enormous gaming laptops are still around for the players who demand performance above all, but for most PC gamers, they're more trouble than they're worth.

The big reason you'll want a lighter gaming laptop: You'll actually be able to take it to class without looking like you're sitting behind a blinged-out computing hot rod. Many also offer decent battery life -- certainly not as much as an ultraportable but enough to get through a few classes and last-minute writing during lunch. One word of warning though: Be sure to get a roomy backpack if you're buying one of these machines. Even though they're far lighter than gaming laptops of yore, their powerful hardware still requires large AC adapters.

When choosing a gaming notebook, you should focus mainly on its graphics card. You'll find NVIDIA's recently released GTX 1650 and 1660 Ti GPUs on budget gaming laptops like the Dell G7 15 ($1,234), one of our back-to-school recommendations. These cards will be powerful enough to guarantee 1080p 60 fps performance in most games, though they likely won't get you significantly higher frame rates for smoother 144Hz panels. If you'd like to see speeds closer to 144 fps in 1080p, there's NVIDIA's RTX 2060, which is typically an upgrade option on budget notebooks. The RTX 2070 will offer even faster speeds as well as the ability to bump up to solid 1440p performance. (You won't see displays offering that resolution on many laptops, but it's a nice upgrade when spitting out video to 4K TVs.)

And of course, there's the king of the hill, the RTX 2080, which delivers native 4K gaming performance. You'll typically pay dearly for it: Razer's latest 15-inch Blade with the 2080 costs more than $2,600. But that price might be worth it to have a notebook that's vastly superior to most gaming desktops. For most buyers, though, an RTX 2060 or 2070 notebook will easily last several years. All the RTX cards also include NVIDIA's real-time ray-tracing technology, which enables more-realistic lighting and reflections on supported titles.

If you're planning to do any sort of gaming, you'll need a Windows PC. Sorry, Mac fans, Apple's machines don't include NVIDIA's GPUs, and there's no guarantee developers will port over their titles either.

For multimedia students: spec up

If you're planning to tackle demanding tasks like video and audio editing or 3D modeling, we recommend getting something beefier than an ultraportable. That's where workhorse laptops like Dell's XPS 15, Lenovo's ThinkPad Extreme or the MacBook Pro come into play. Typically, they come with more-capable processors such as Intel's six-core i7-9750H and the top-of-the-line i9-9980HK, which can reach speeds up to 5GHz. And you can expect to see dedicated GPUs too, like NVIDIA's GTX 1650. We'd also recommend throwing in as much RAM as possible -- at least 16GB or, if you can afford it, 32GB.

While you could play games with these computers, they're meant for tougher work like rendering large video files. And yes, a capable gaming laptop could easily double as a workhorse PC, but they often cost more than something geared at multimedia. Instead, we suggest putting that money toward a larger high-quality screen, like the 4K OLED on the XPS 15. You'll need the screen space and better color accuracy that you'll find in premium displays. 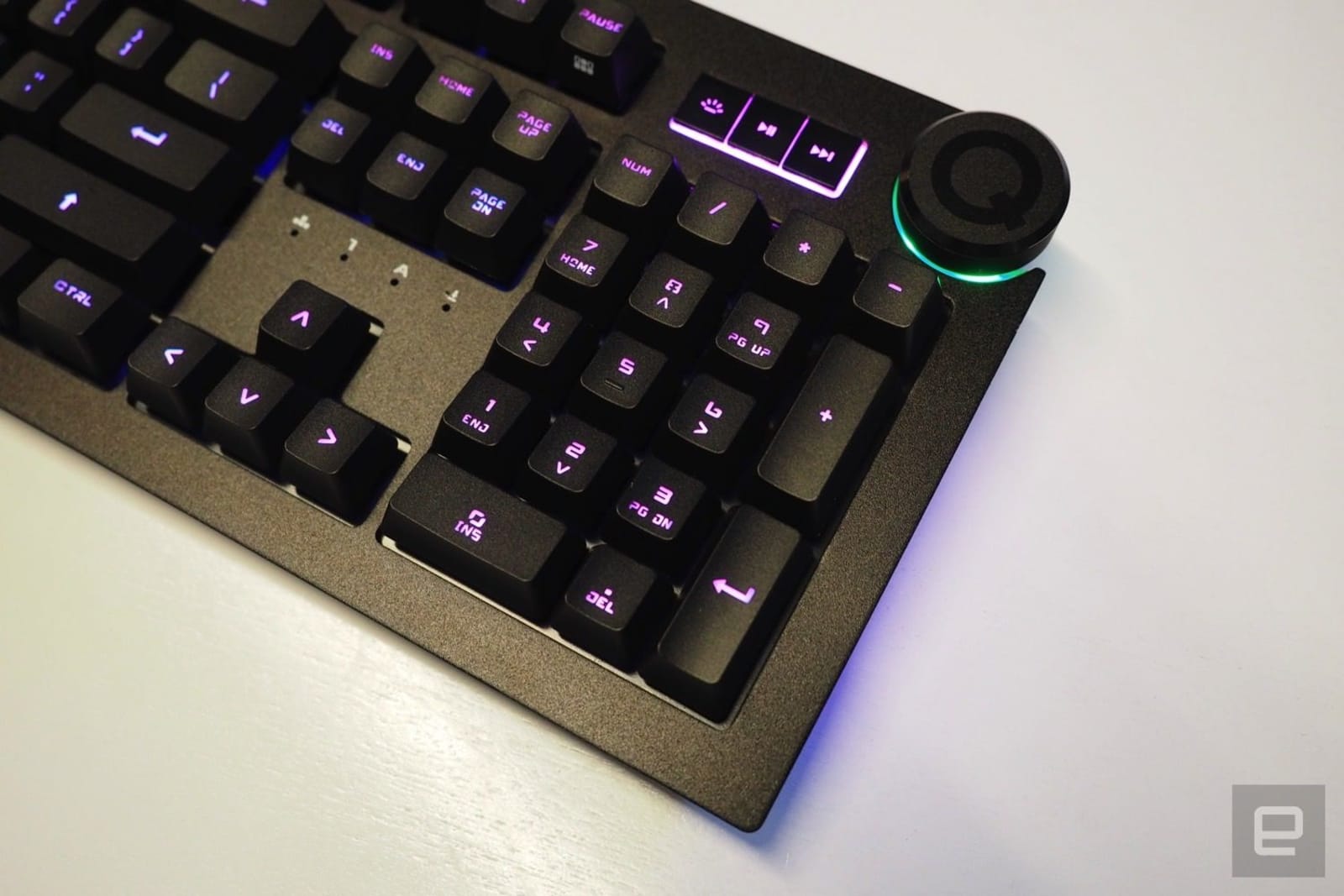 You don't have to live with a cramped keyboard and laptop display for four years. You can easily find a 24-inch monitor for less than $200, which will give you more room for photo editing. And if you're dealing with timeline-heavy media, like audio and video editing, a 34-inch ultrawide display might be ideal. It's like having two screens side by side without crowding your desk with a dual-monitor setup. Ultrawides, naturally, are much more expensive than standard displays, but that investment might be worth it to help you manage large media projects.

An external keyboard and mouse will also be huge help through inevitable all-nighters. Splurge for ergonomic gear like Microsoft's Sculpt keyboard and mouse to keep your wrists safe from repetitive stress injury. And if your laptop is powered by USB-C, it's worth investing in something like Dell's Universal Dock so you don't have to plug in all of your gear every time you sit down. And don't forget about audio: You'll need a decent pair of headphones like Sony's WH-1000XM3 and speakers like Audioengine's A2+ Wireless ($180) to liven up your room.

It's also worth investing in cloud storage to keep all of your work backed up. The easiest route is to subscribe to Office 365, which gives you full access to Microsoft's productivity suite and a terabyte's worth of OneDrive storage. While you could survive on Google's free online software, it's worth spending time with Microsoft Office, especially since you'll likely end up using it in future office jobs. If you're dealing with large media files, an external hard drive like Seagate's Backup Plus ($48+) is also essential.

Here are a few other things to keep in mind as you seek out the perfect laptop:

In this article: apple, bts2019, dell, gadgetry, gadgets, gaming, gear, laptops, notebooks, personal computing, personalcomputing, thebuyersguide, ultraportables
All products recommended by Engadget are selected by our editorial team, independent of our parent company. Some of our stories include affiliate links. If you buy something through one of these links, we may earn an affiliate commission.