The best laptops for students in 2019

Whether you prefer Mac or Windows, gaming machines or convertibles, we found something for everyone.

Each year, laptops are one of the most well-represented categories in our back-to-school gear guide. And for good reason! With the exception of the relative few who prefer desktops, for almost every other student setting foot on campus this fall, a notebook is going to be the most important tool at their disposal. And it's no minor purchase either. Our favorite ultraportables cost north of $1,000, and even a decent budget model will set you back at least $500. And once you do make the investment, it's something you're not likely to replace for three, four, who knows how many years.

For the purposes of this guide, we're going to focus on what Engadget considers the best of the best. Our philosophy is: A laptop is one of the most critical pieces of gear a student needs, and it's worth investing in build quality, performance and battery life that will stand the test of time. Oh, and don't worry, we have lots of picks for gaming laptops specifically -- you'll want to check out the gaming section of our back-to-school guide for that. Right now, we're just thinking about the best all-around laptops; the best for most people, in most use cases. Here's what we would buy if we were spending our own money. 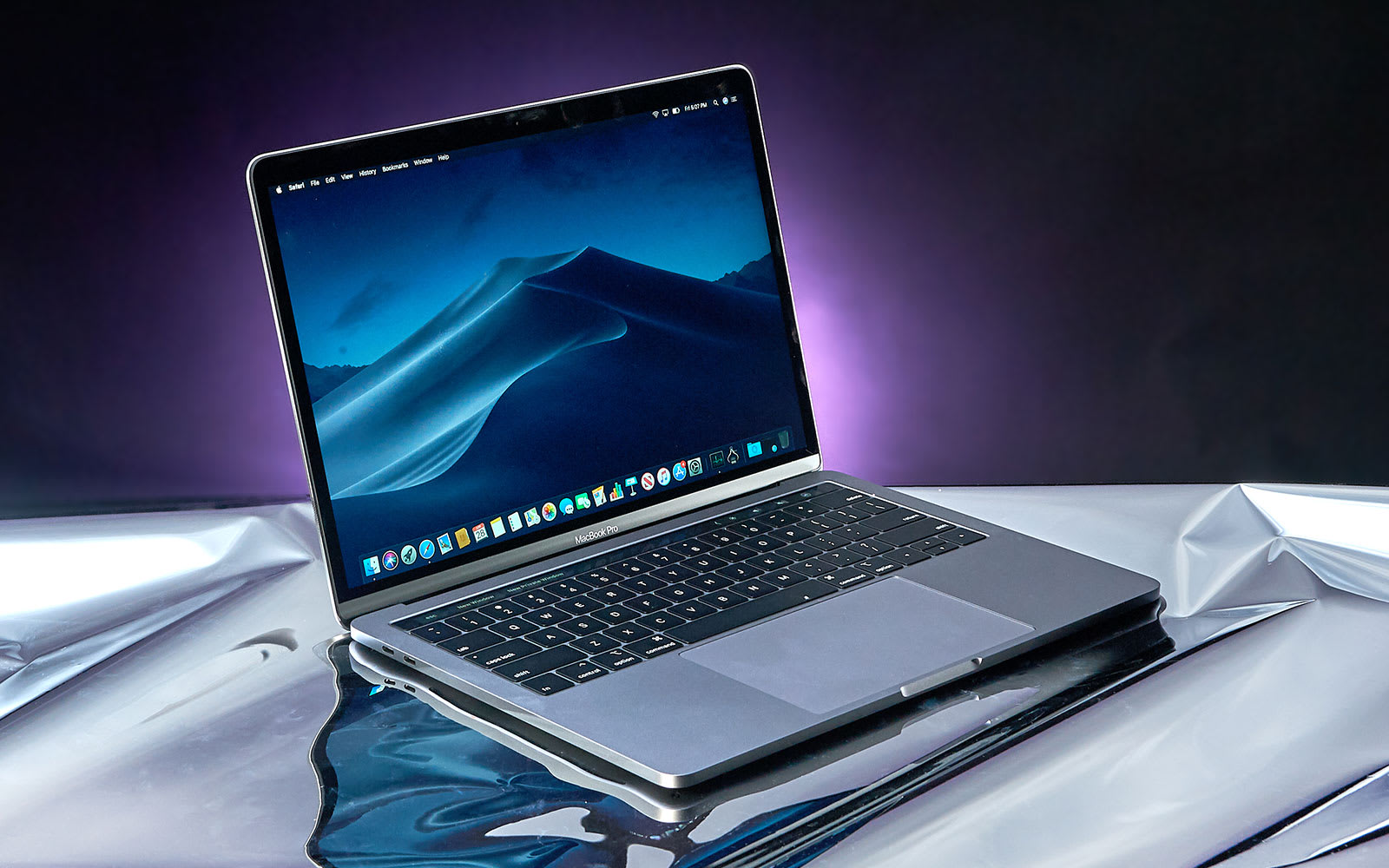 It was a tough call, but when it came down to deciding which Mac laptop to recommend, we went with the MacBook Pro over the Air. With a starting price of $1,299, the 13-inch MacBook Pro is only $200 more than the 13-inch Air. They share a lot of the same DNA, including keyboard design, screen resolution and port selection (two USB-C sockets). But the entry-level Pro will get you faster performance and a screen with a wider color range. That said, you can't go wrong with the Air either, which is a quarter pound lighter and has the same Touch Bar and Touch ID fingerprint sensor now included across the board on the Pro line.
-- Dana Wollman, Editor-in-Chief 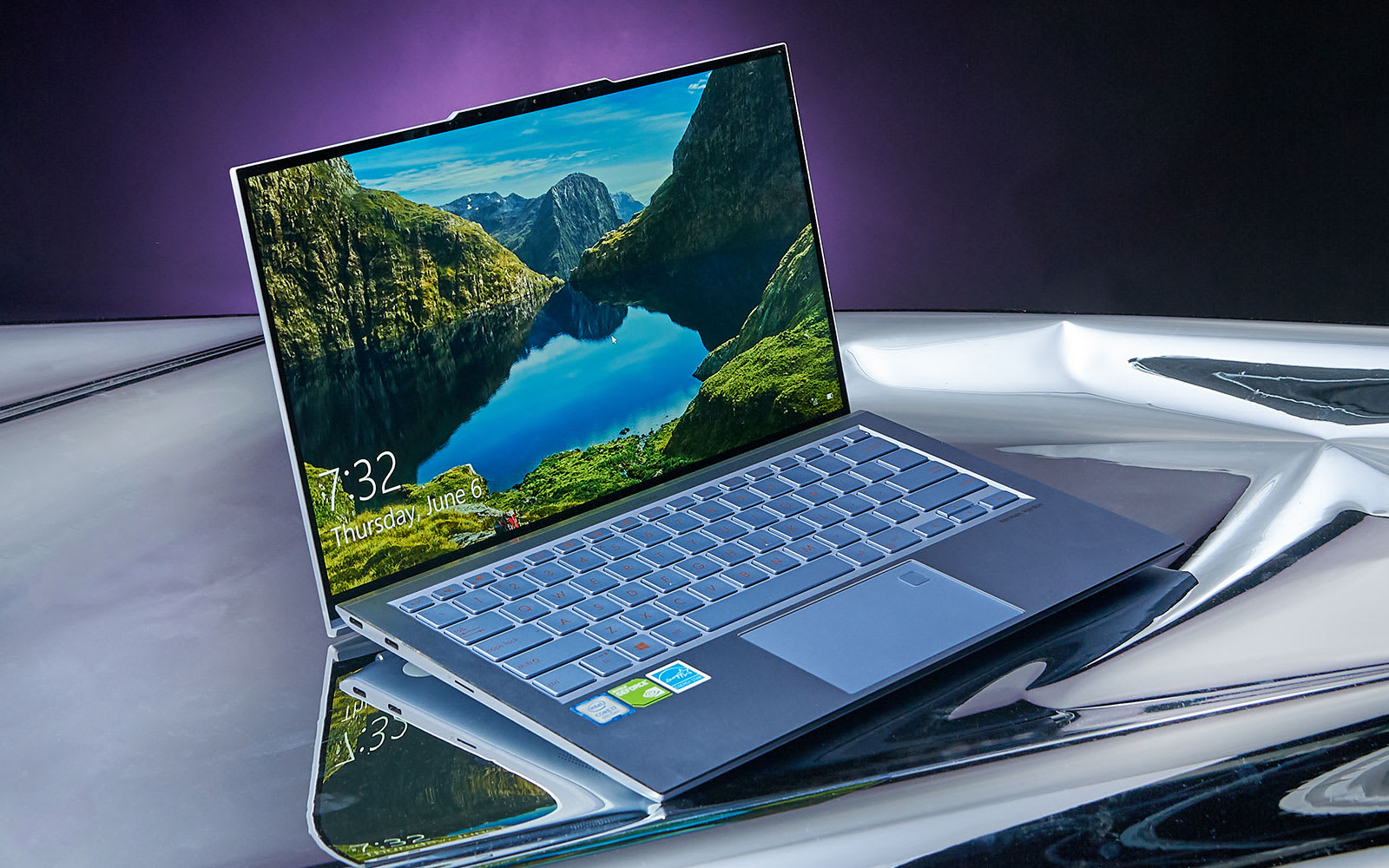 If you're serious about PC gaming, don't worry: We have an entire section of our back-to-school guide for that (plus a couple picks on our desktop list). But we're calling out the ASUS Zenbook S13 here because it doubles as both a gaming laptop and a more mainstream, ultraportable notebook you can use for everything else. Inside the system's scant 2.5-pound frame is a discrete NVIDIA MX150 GPU, a nearly bezel-less 13.9-inch screen and a battery large enough to last 12.5 hours in our standard video playback test. If you're shopping here in the US, you have two options: a basic configuration with a Core i7 processor with 8GB of memory and a 512GB SSD for $1,299 or a variant with 16GB of RAM for $1,399.

In addition to the S13's performance chops, we're also fans of its comfortable keyboard, smooth trackpad and relatively full port selection, which includes two USB-C sockets and one full-size USB connection. Sure, we have a couple quibbles -- the fingerprints sensor is oddly placed and the webcam could be better -- but if you're looking for an ultraportable you can also use for some gaming, look no further. -- D.W. 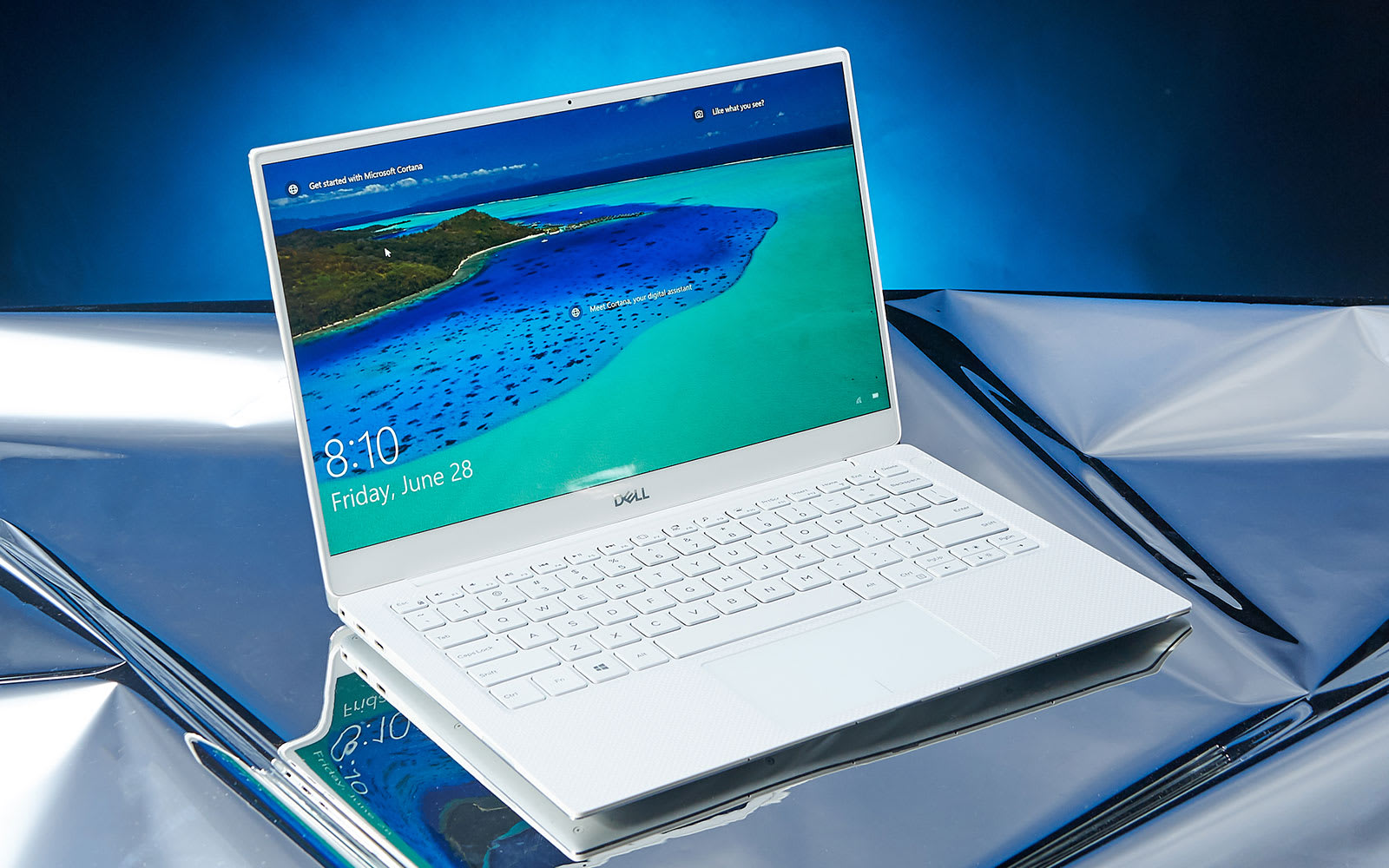 It's rare we throw around the word "perfect," but that's precisely how we described the latest version of Dell's XPS 13 ultraportable, which earned an unusually high score of 93 in our review earlier this year. The notebook ($900 and up) has topped "best of" lists since it first came out four years ago, and it has stayed current with fast performance, 12.5-hour battery life and a standard-issue Dolby Vision HDR screen. And for those who have been reading our reviews all these years, Dell finally heeded our feedback and moved the webcam up where it belongs, above the screen. That's right, no more awkward Skype calls focused up your nostrils.

With so many of our boxes checked off, we're left with just a couple nitpicks, including the lack of a full-size SD reader and the fact that some competing machines now offer discrete graphics. Can't have everything, we suppose. -- D.W. 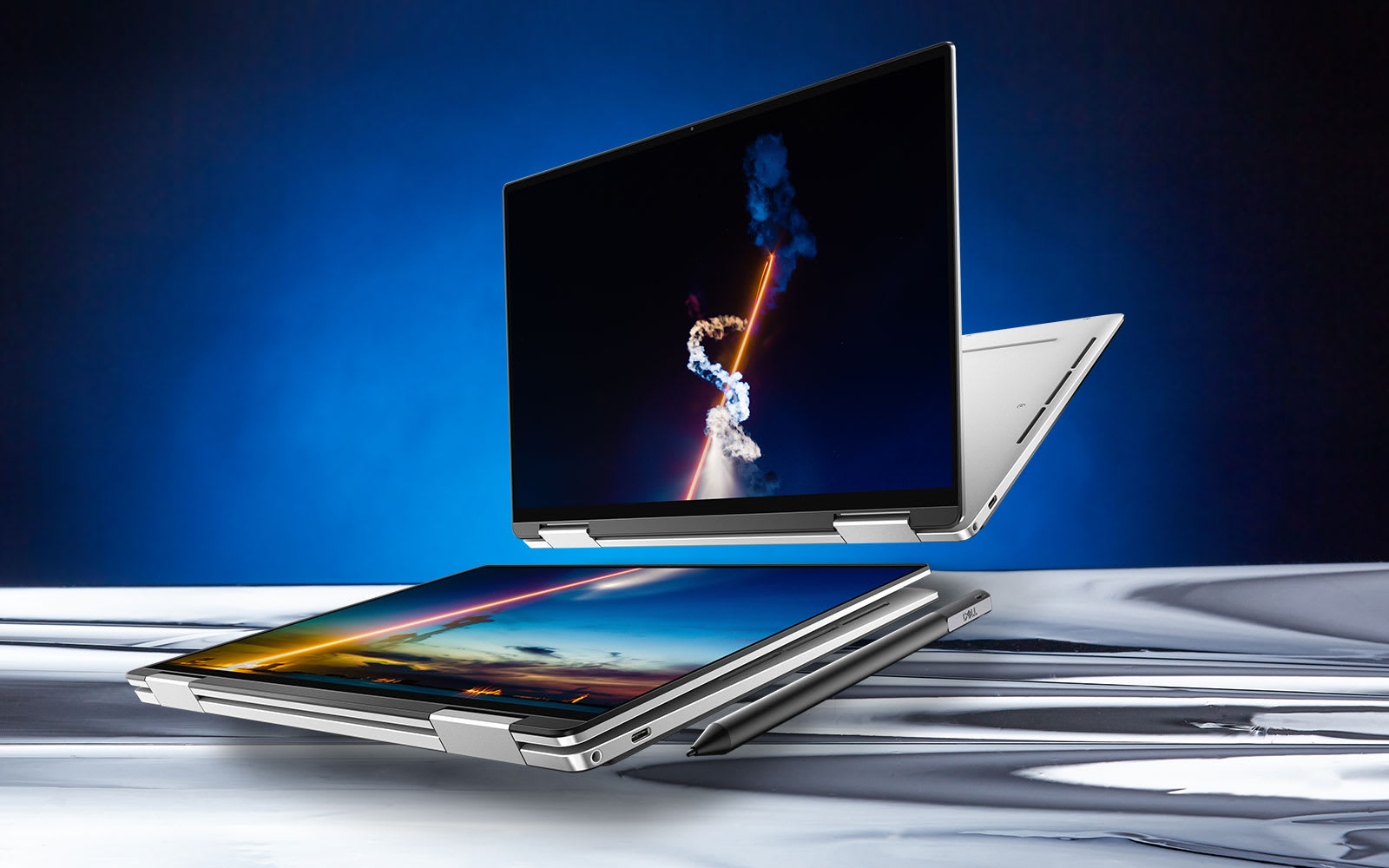 We know, we know: We just recommended the standard Dell XPS 13. But the two-in-one variant is also stellar, and it's different enough from the traditional clamshell version that we felt it deserved its own mention. Simply put, if the XPS 13 is our favorite Windows laptop, then the XPS 13 2-in-1 is our favorite convertible. We like it for many of the same reasons we like the regular XPS 13, including an HDR display and better-placed webcam. But we also appreciate its taller, 13.4-inch screen with a 16:10 ratio and even more premium design, which features more metal elements than the regular XPS 13. It's slightly more expensive, though, with a starting price of $1,000. -- D.W. 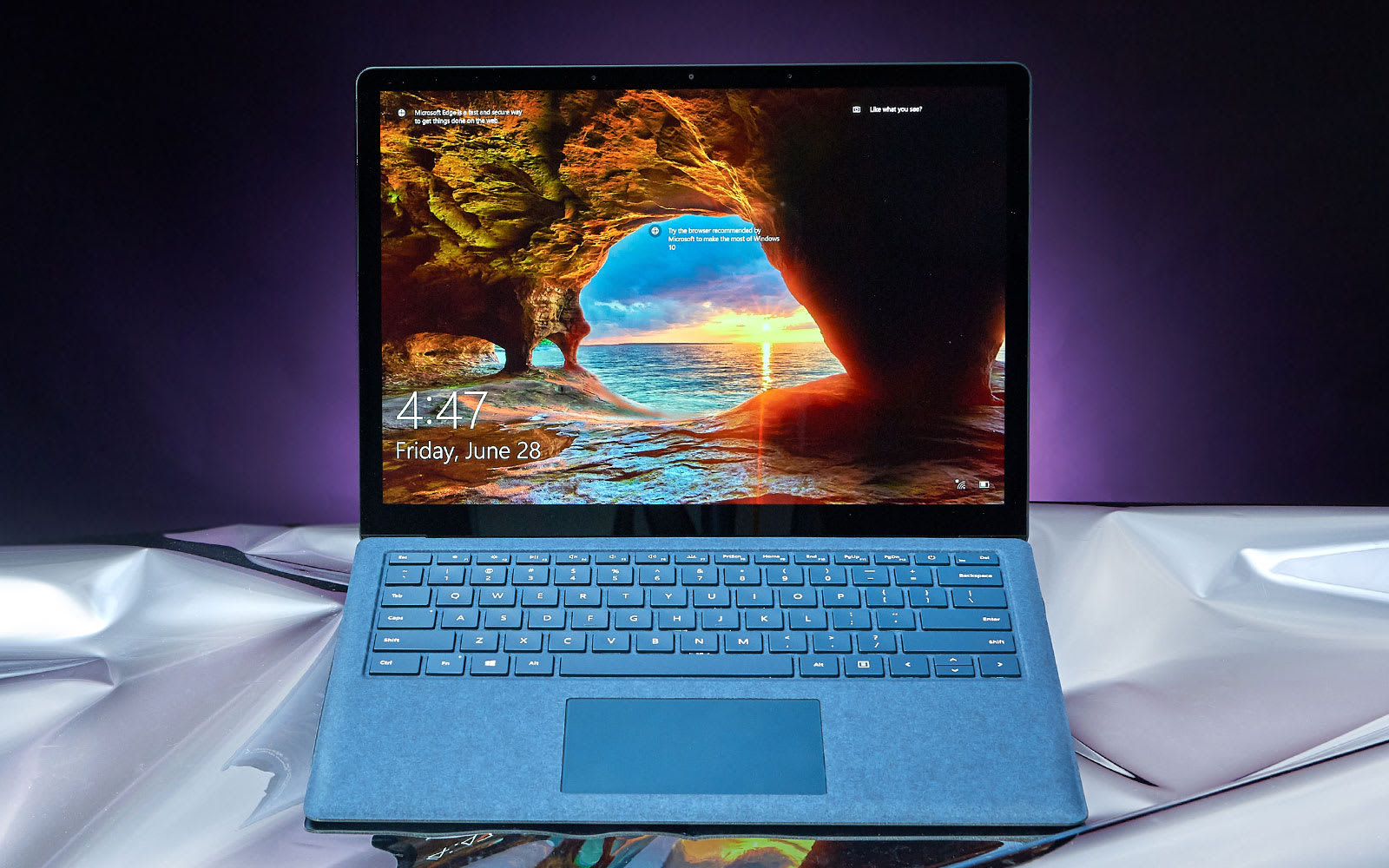 It's no secret who the Surface Laptop 2 is for. Hint: Microsoft compares its ultraportable to the MacBook Air four times on its product page. Indeed, if you were looking for something similarly thin and light that runs Windows, the 13.5-inch Surface Laptop 2 weighs about the same as the Air and is slimmer too, as Microsoft is quick to point out. It also offers a quad-core CPU option, which isn't available on the Air, and the battery life was even longer in our tests -- nearly 16 hours, all told. Add in a comfortable keyboard, responsive trackpad and stylish, not-at-all-Mac-like design and we were hard-pressed to name shortcomings in our review.

If anything, we would have liked to see two USB ports, not just one. Microsoft's proprietary charging plug also disconnects a little too easily. When the machine launched, it started at $999 (already cheaper than the Air), but as of this writing the entry-level price is down to $899, with a $300 price cut on every other configuration. -- D.W.