From smartwatches to calorie-counting apps.

In between cramming for never-ending tests, going out with your classmates and campaigning for the student union, you still need to keep fit. The good news is, you don't have to do that last bit all by yourself. Plenty of smartwatches can stand in for your mom, reminding you to go take a walk after you've sat in front of your computer for too long. There's also gear that you can take with you on your runs to make the grueling exercise more tolerable.

In curating this list, we thought not only about what could make your workouts more fun and productive, but also devices and services that help you stay on top of your fitness regimen. These include apps that help manage your diet or exercise plans, so you don't have to splurge on a whole new gadget. Some options are even free. Here's what we recommend. 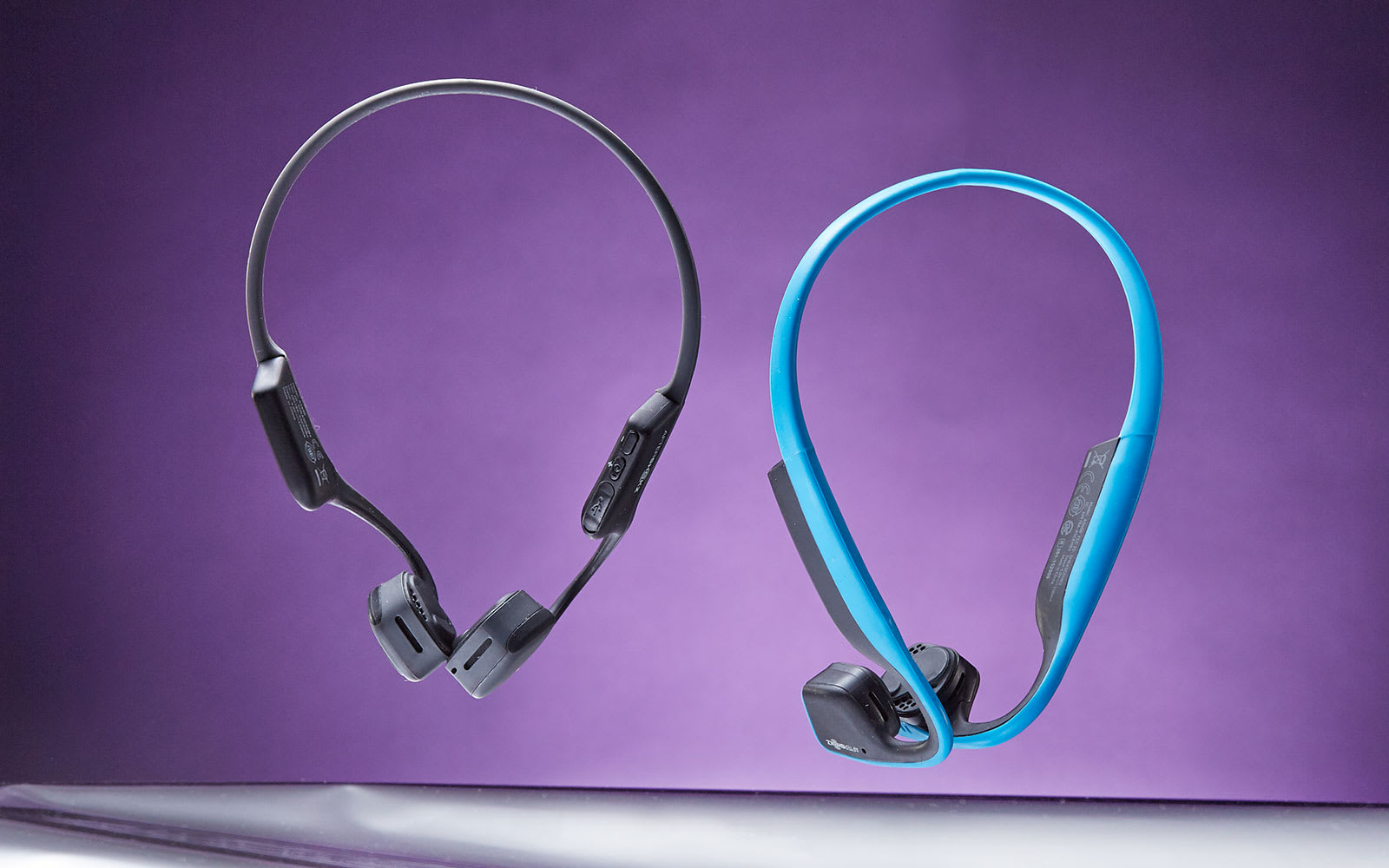 Between exercise and your class commute, there's plenty of road to cover, and you'll probably want tunes to help keep the pace. Staying aware of your surroundings, both for safety and socializing when you're on the move, is where Aftershokz bone-conduction headphones slot in. They're the perfect balance of pumping soundtrack and knowing when someone or something is headed your way. Audio is delivered through your cheek and jawbones without blocking your outer ear. The result is ideal for safely multitasking your way through life without giving up your tunes.

Aftershokz has a variety of options depending on your budget. Aeropex is the newest Bluetooth model and boasts great sound in a light and waterproof package. The Air model just had a price drop and is the lightweight predecessor to Aeropex with a newly discounted price. For those on a budget, the far cheaper Titanium model is a bit heavier (with a larger fit) and is actually quite loud, albeit with more-tactile vibration.
-- Jon Turi, Homepage Editor 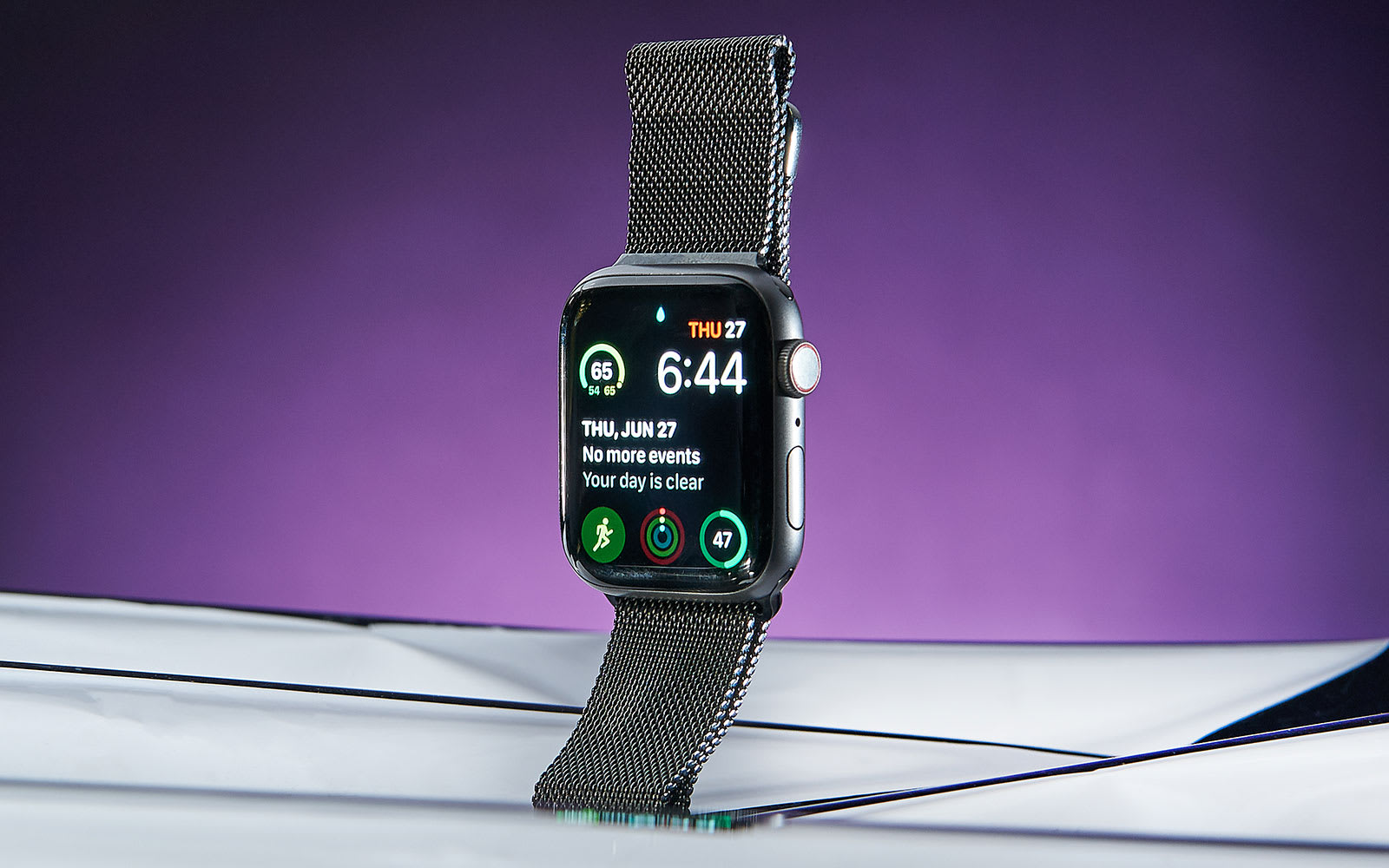 The Apple Watch has come a long way since its debut in 2015. And with the Series 4, Apple made its wearable even better than the previous model, thanks to a bigger, edge-to-edge screen; longer battery life; more-accurate step-tracking; and an electrocardiogram test that can detect an irregular heartbeat. That's in addition to being water-resistant and working with thousands of popular apps out of the box, which is what makes the Series 4 a well-rounded package.

The Apple Watch Series 4 starts at $399 for the GPS-only, 40mm model or $429 if you want the bigger 44mm screen. Meanwhile, the LTE version, which lets you make calls from the Watch without a paired iPhone nearby, costs $100 more. If you already have an iPhone, though, your best option may be the GPS edition, since you can still make calls from your wearable as long as your smartphone is within range.
-- Edgar Alvarez, Senior Editor 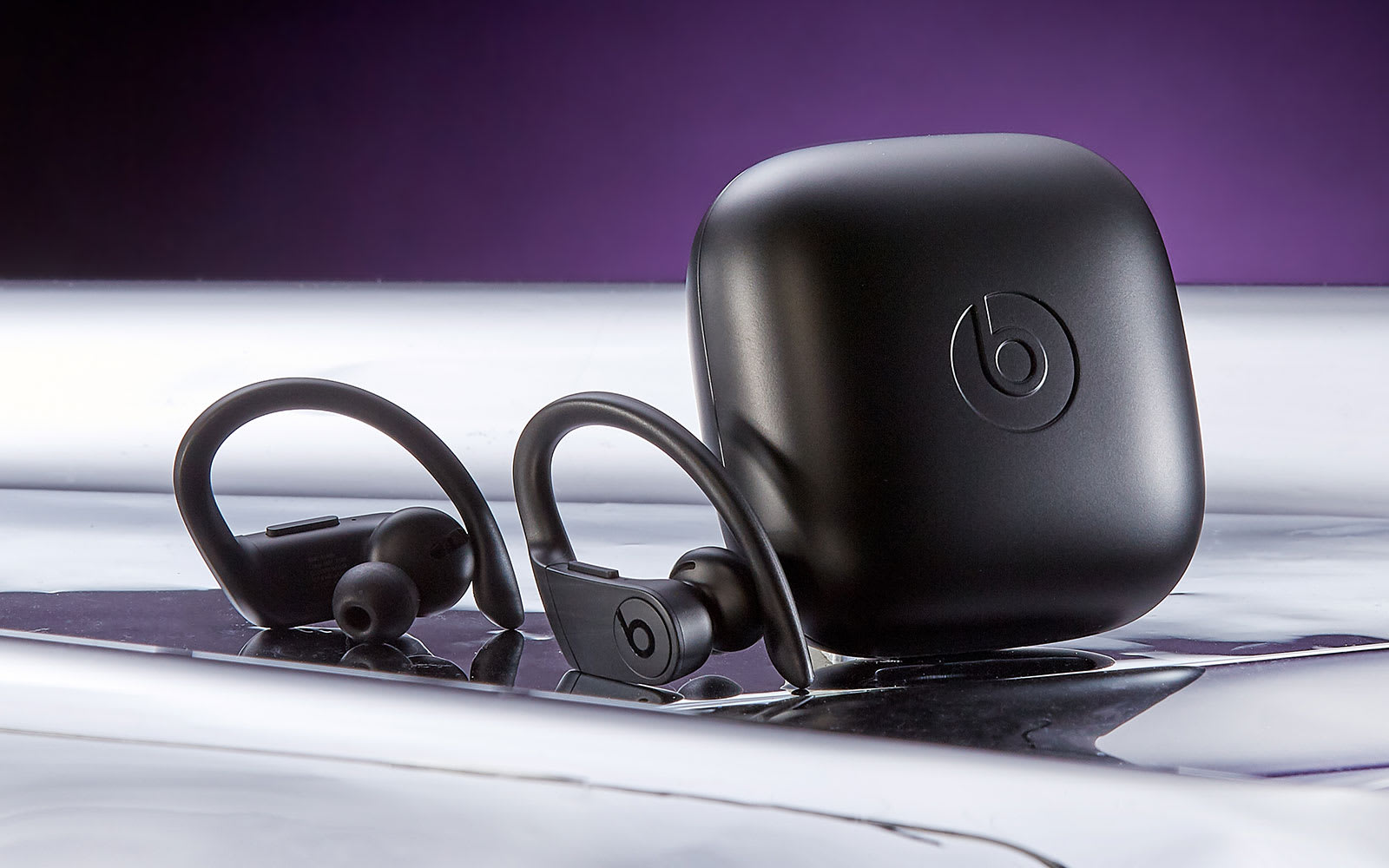 The PowerBeats Pro are truly wireless headphones with great sound, a snug fit and a tenacious Bluetooth connection, thanks to Apple's own H1 chip. While we're recommending them for your workouts -- the hooked design should keep them in your ears and not on the gym floor -- they're also some of the best truly wireless headphones we've seen so far. While there are cheaper wireless buds out there, the combination of overall audio quality, reliability and battery life are hard to beat. Plus, all four color options are pretty attractive too. We're especially keen on the off-white option. -- Mat Smith, UK Bureau Chief 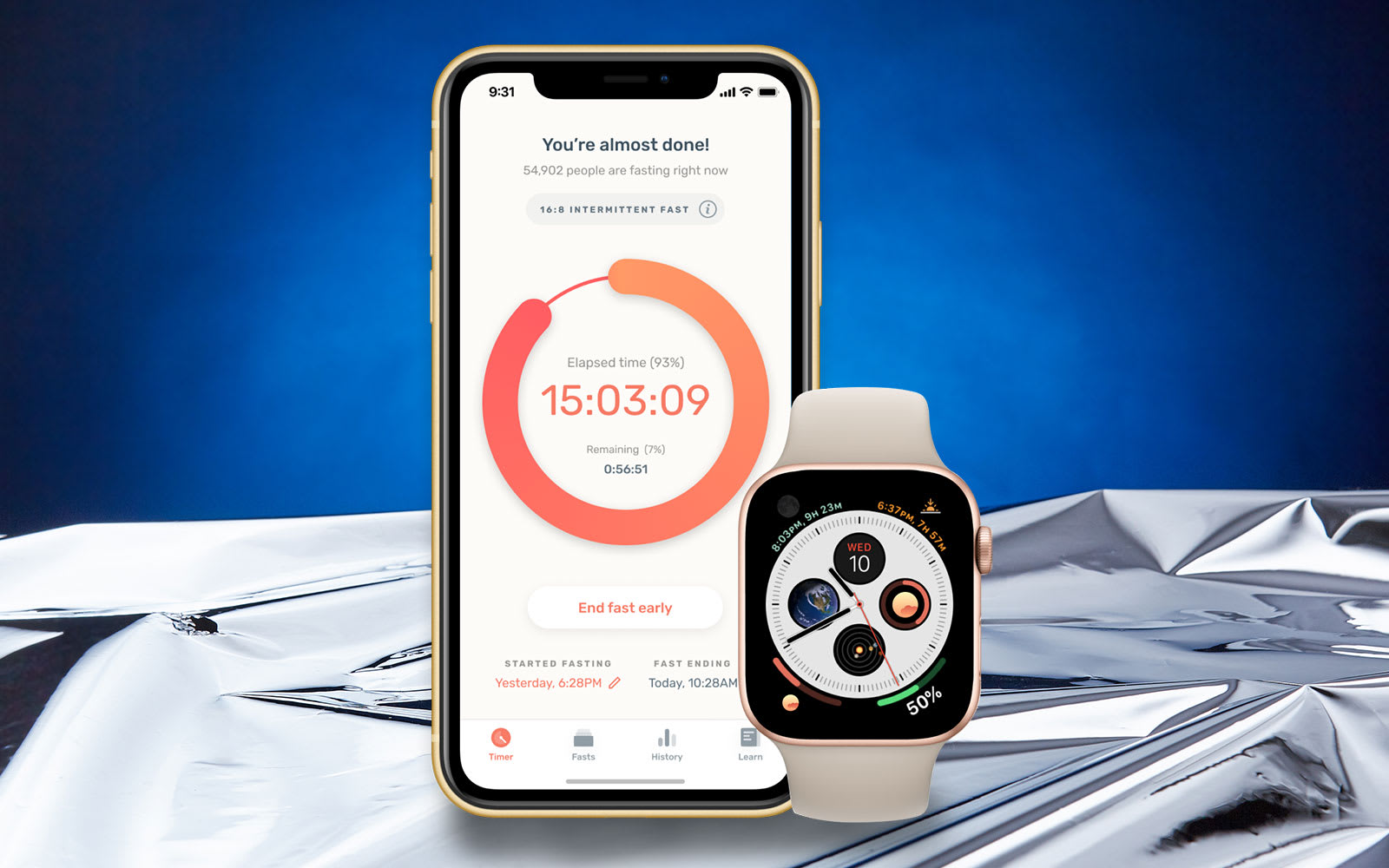 Zero is a free fasting tracker for iOS and Android, which helps record your fasts and reminds you when to start and stop. Why do this? Researchers believe that "intermittent fasting" is one way to help you maintain focus, reduce stress and stop putting on pounds during finals. That said, it's always smart to consult a medical professional before you begin a program of intermittent fasting -- or any diet, really. If you do go the fasting route, this app is essentially a gussied-up stopwatch, but preprogrammed to suit each fasting pattern as well as learn your routine to help remind you when to fast. Plus, there's health advice, tracking and badges to help keep you accountable when things get tough. -- Daniel Cooper, Senior Editor 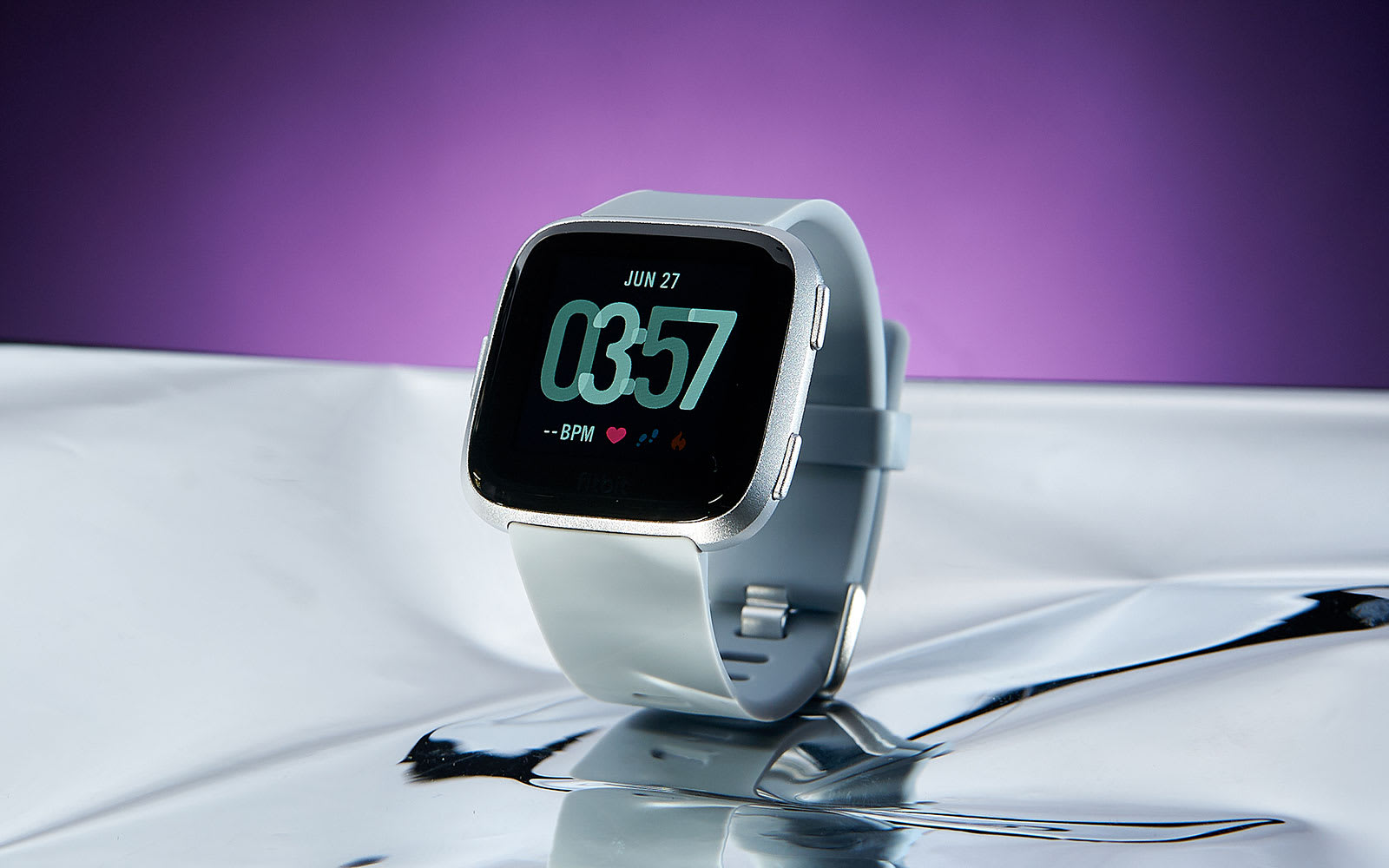 This Apple Watch lookalike is actually quite pretty in its own right, especially if you get it with a rose gold case and lilac strap. But looks aside, the Fitbit Versa is also a powerful fitness-tracking smartwatch that's ideal for those who care more about their workouts than being able to reply to messages from their wrist. You can track a variety of activities, including swimming, and refer to the Versa's built-in workout guides if you need some inspiration at the gym.

If you really need to save $30, consider the Fitbit Versa Lite, which does most of the same stuff but lacks a gyroscope to count laps in the pool, an altimeter to detect flights climbed, not to mention WiFi, music storage and on-screen tutorials. That's why, if you have the funds, we strongly suggest the Versa instead. -- Cherlynn Low, Reviews Editor 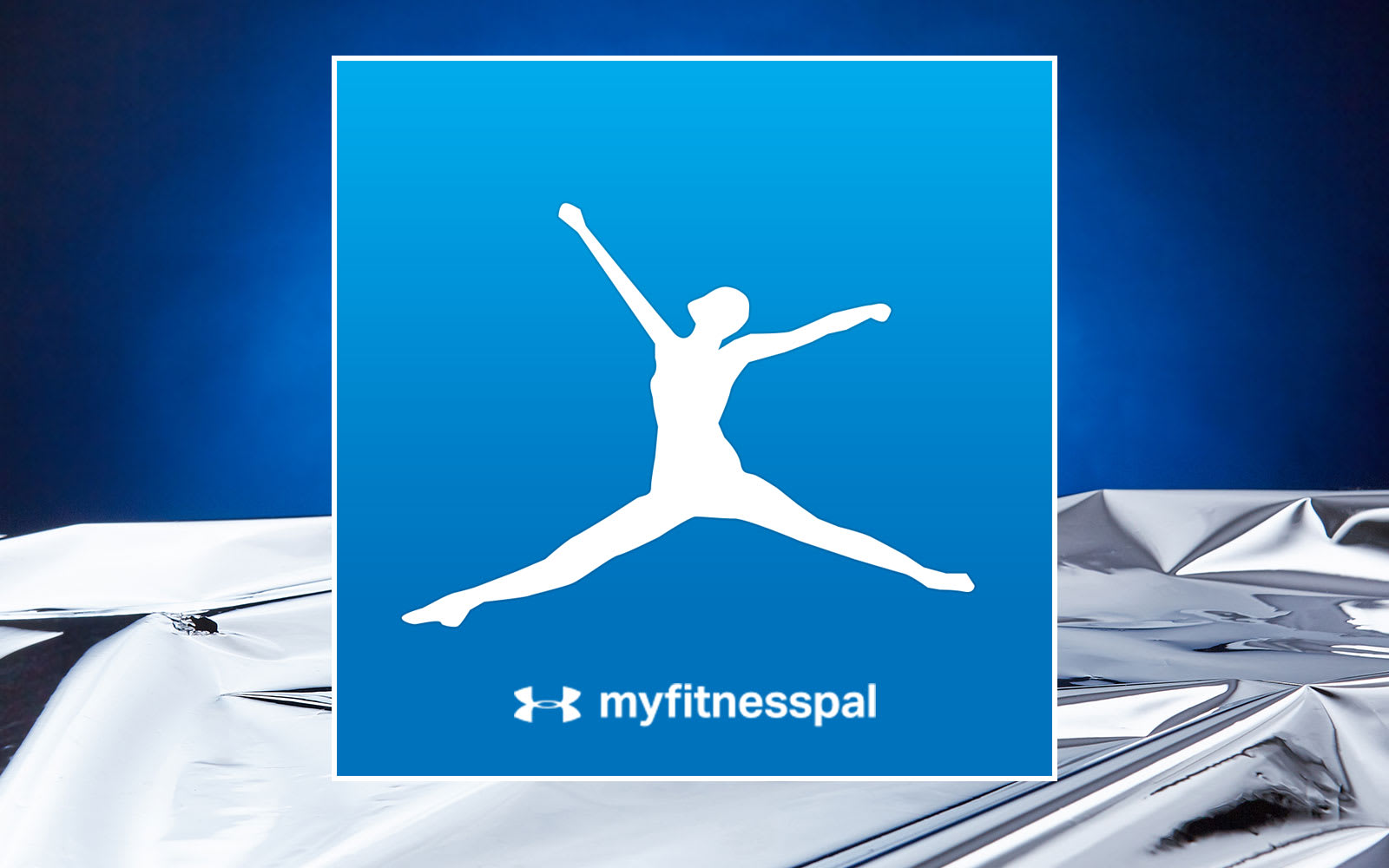 The Freshman Fifteen is a real phenomenon. Heading to college and being entirely in charge of your own food choices can lead to some extra... padding sneaking up on you. If you're looking to reverse all that, MyFitnessPal remains the best app for keeping yourself accountable and figuring out how it happened.

The Engadget team has dabbled with plenty of fitness- and food-tracking apps, but MyFitnessPal remains the easiest and most functional out there. It can even scan bar codes and input the nutritional information and calories for you. The entry-level version of the app remains free, even as features continue to be added. Pay for the premium version ($9.99 per month) and ads will disappear and you'll be able to track your macros more precisely. For most of us, though, that's probably not necessary. -- M.S. 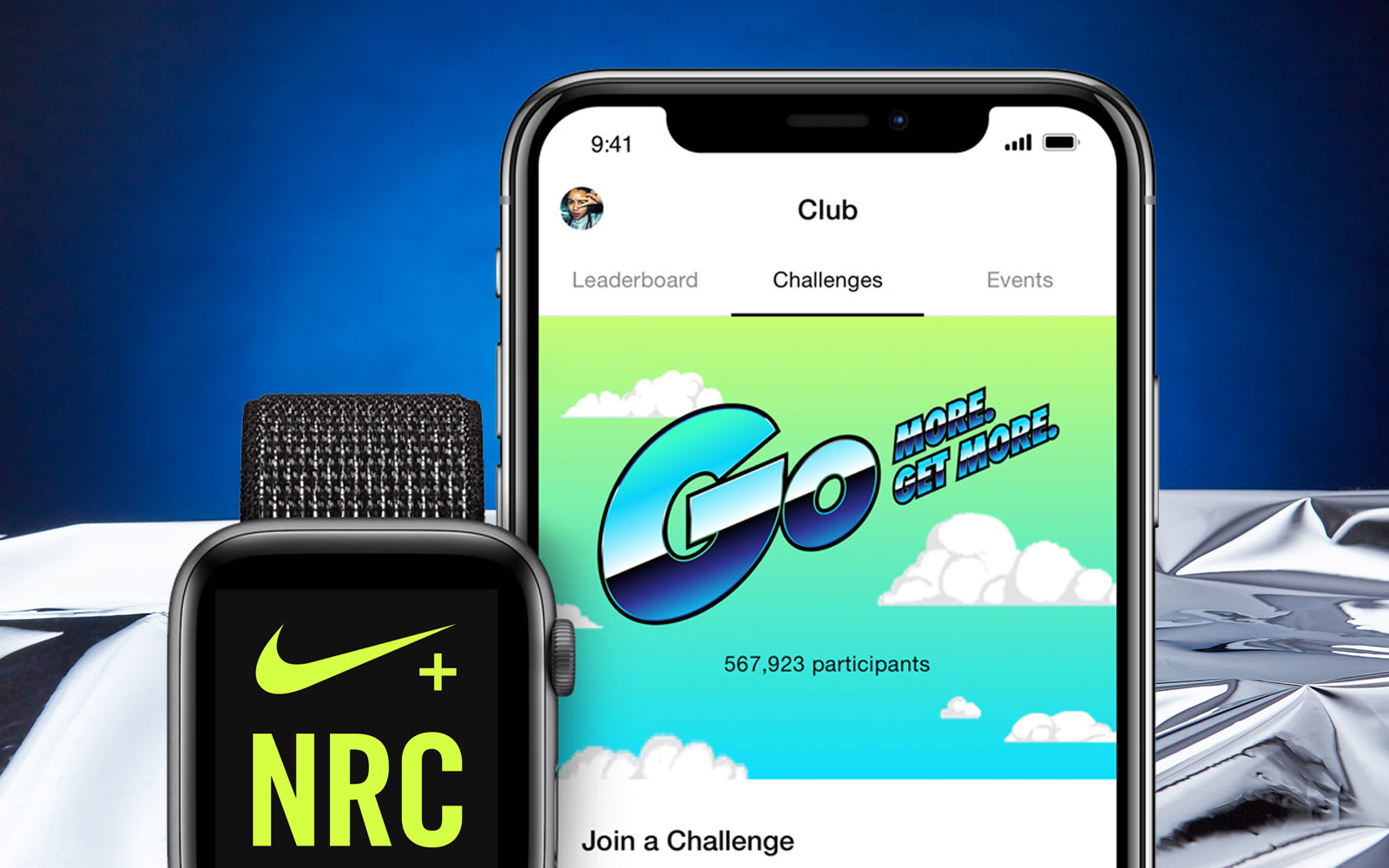 Whenever you're not busy taking notes or reading a book, that's probably a great time to go outside and get your blood flowing. Nike's Run Club app, which is available for free on iOS and Android, can help you stay in shape by keeping track of your stats and encouraging you to stay healthy. The application, geared toward casual joggers and avid runners alike, uses your smartphone's GPS to track your runs and create customized coaching plans based on that data. You can monitor your daily, weekly and monthly progress all in the app. And there's a way to set specific goals (like a personal time to beat on a 5K run) as well as get audio-guided workouts from Nike experts.

Nike also gives you rewards the more you use the Run Club app, which can lead to special unlocks of limited-edition shoes and free tickets to sporting events, among other things. It's all part of the company's larger plan to encourage you to be active -- and if you happen to buy its products as a result, then all the better. -- E.A. 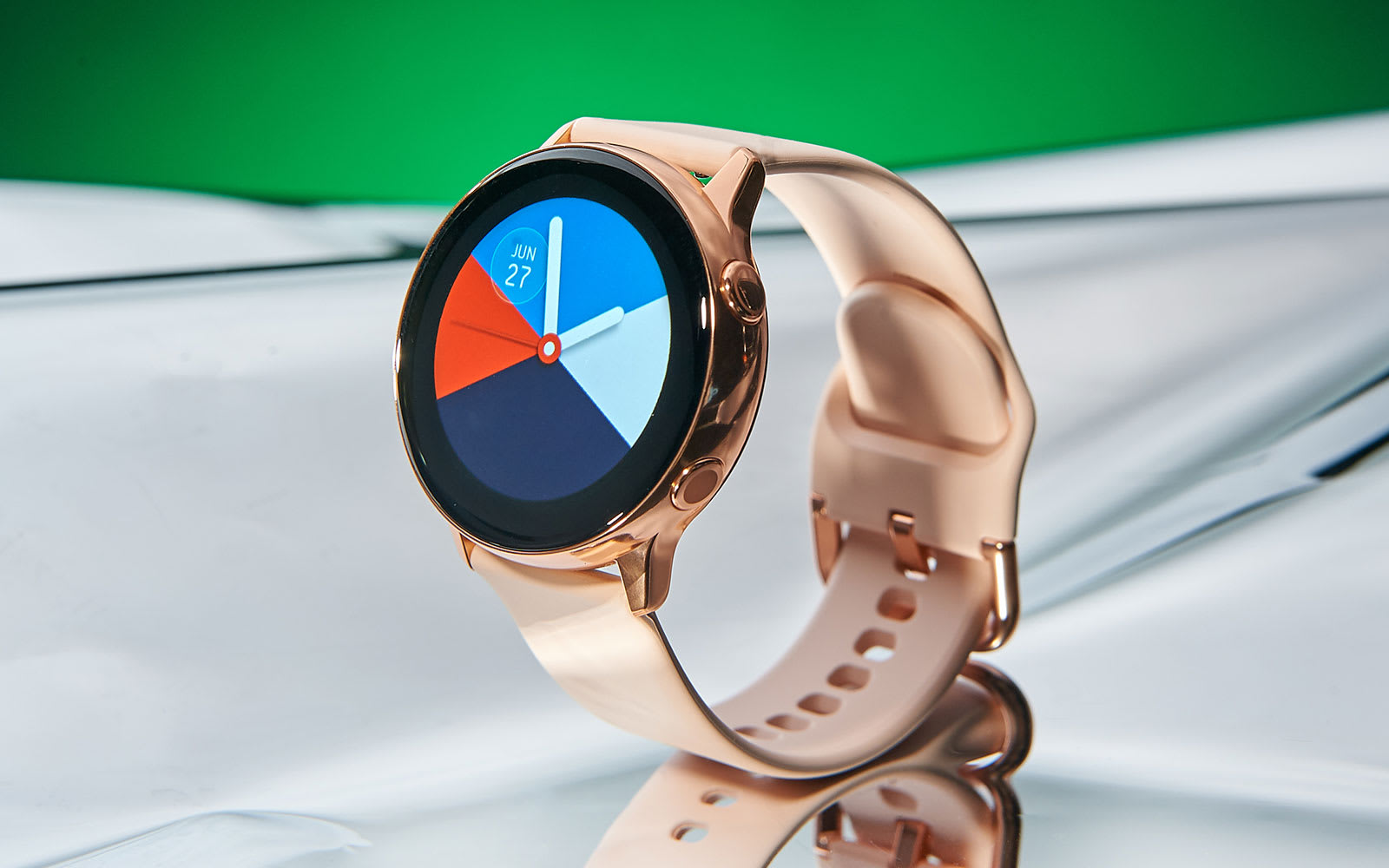 You'll be pleasantly surprised by how much better Samsung's wearables are at tracking your activity than Fitbits and Wear OS watches. The Galaxy Watch Active is Samsung's most affordable smartwatch, and it's proactive about reminding you to get up and move when you've been idle for an hour. By calculating your heart rate variance, the Watch Active can also gauge your stress levels to tell you to take a breather -- a useful feature when midterms roll around.

In addition, the device tracks your sleep, lets you dictate or type out email and text replies, and has a no-frills aesthetic that will blend with most outfits. It can even act as a remote control for your presentation so you can advance to the next slide by swiping your watch face. Plus, it lasts two to three days on a charge, which means you'll still be able to track your morning run if you stayed out all night. Those with bigger budgets should go for the $330 Galaxy Watch, which features a useful rotating bezel that makes navigating the Tizen OS interface easier and more precise. That watch also has a bigger face and lasts longer. It has a more masculine look, though, so if you want something more neutral you're better off sticking with the Watch Active. -- C.L. 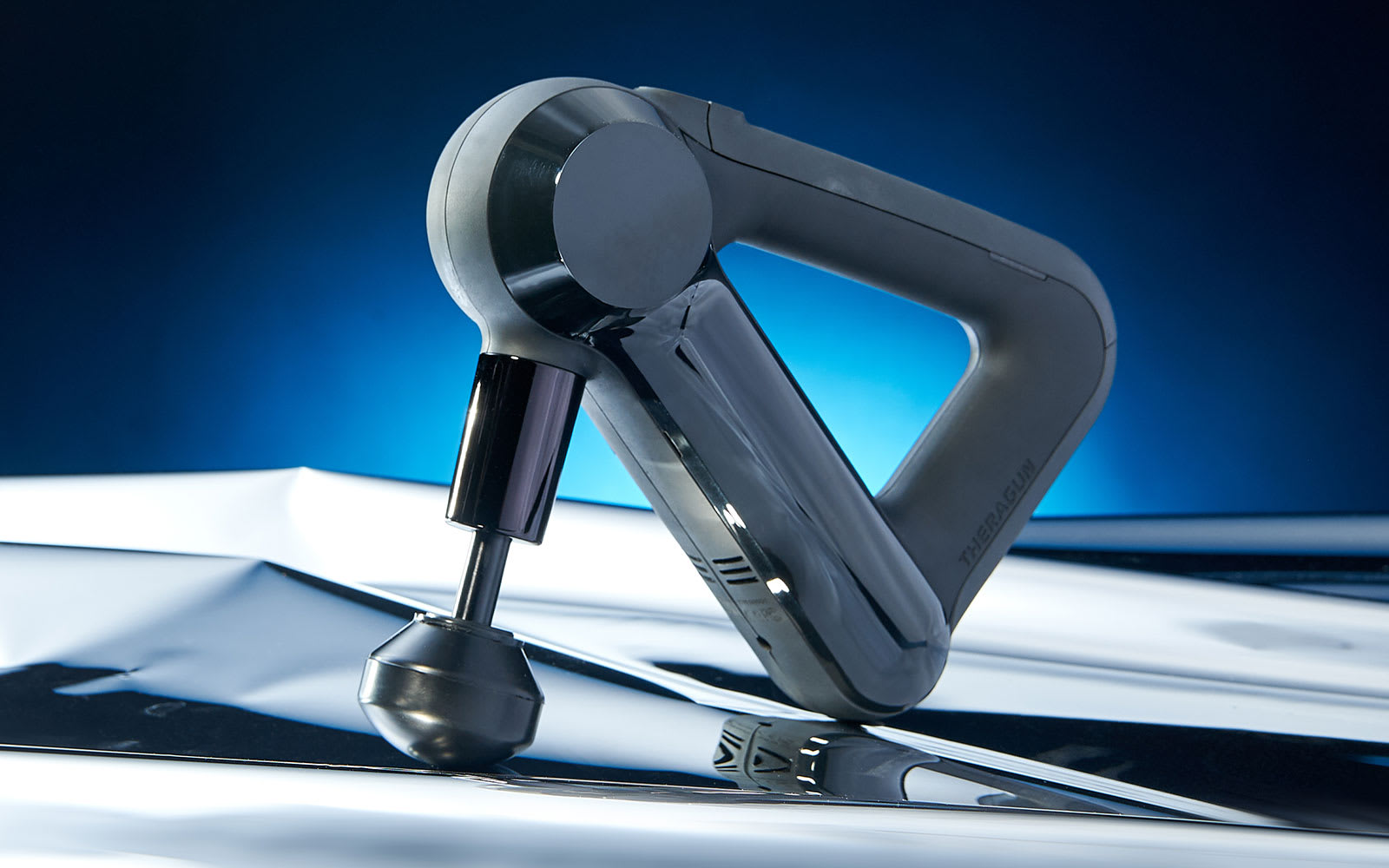 So you're already addicted to the gym or made the college sports team. Intense physical activity is pretty much part of your college experience. Is there any way to ameliorate the stiffness and misery of the day after a heavy workout? Well, you could try a Theragun. It may look like a ray gun from the future (or a NERF gun), but it delivers results similar to a deep-tissue massage through percussive taps. The original Theragun was an expensive piece of kit meant for professionals, but the company has now unveiled a couple of cheaper models including the G3, pictured above, with the cheapest being the Theragun Liv. While the Liv is not as flexible as the pricier models, with only a single amplitude and speed setting, it's also smaller. It still comes with two attachments to suit whether you're using it after chest day or game day. -- M.S. 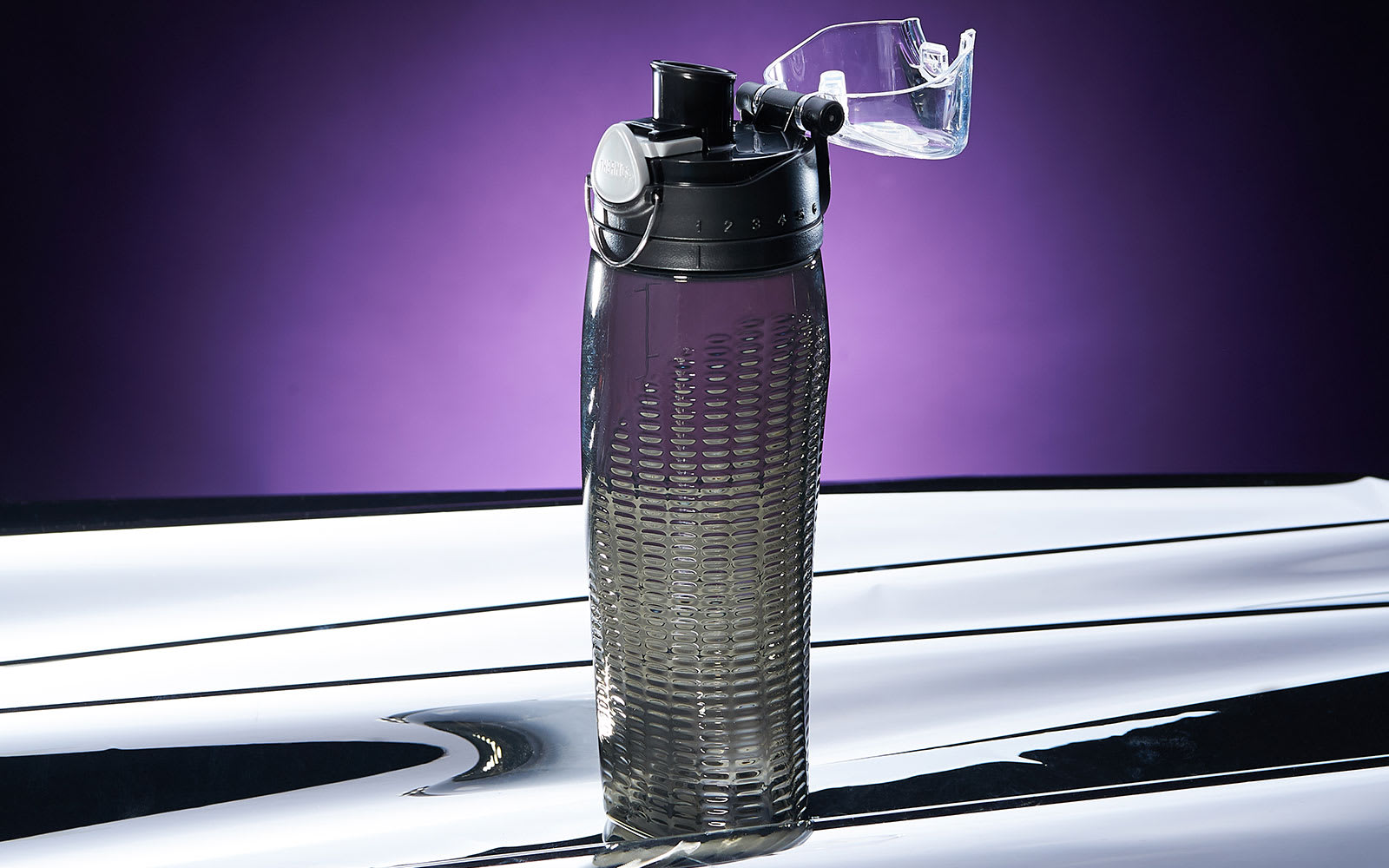 Hydration is important. There's a reason why you'll see fluid intake on a lot of the fitness apps and even Apple's and Google's internal health apps on your smartphone. While there are cheaper water bottles out there, there are also pricier ones that fold in Bluetooth bells and whistles at triple the price. Thermos' Intak goes manual on the hydration monitoring, with a dial near the spout to keep you on track. It comes in a range of slick metallic colors and can be flipped open, one-handed, too. -- M.S.