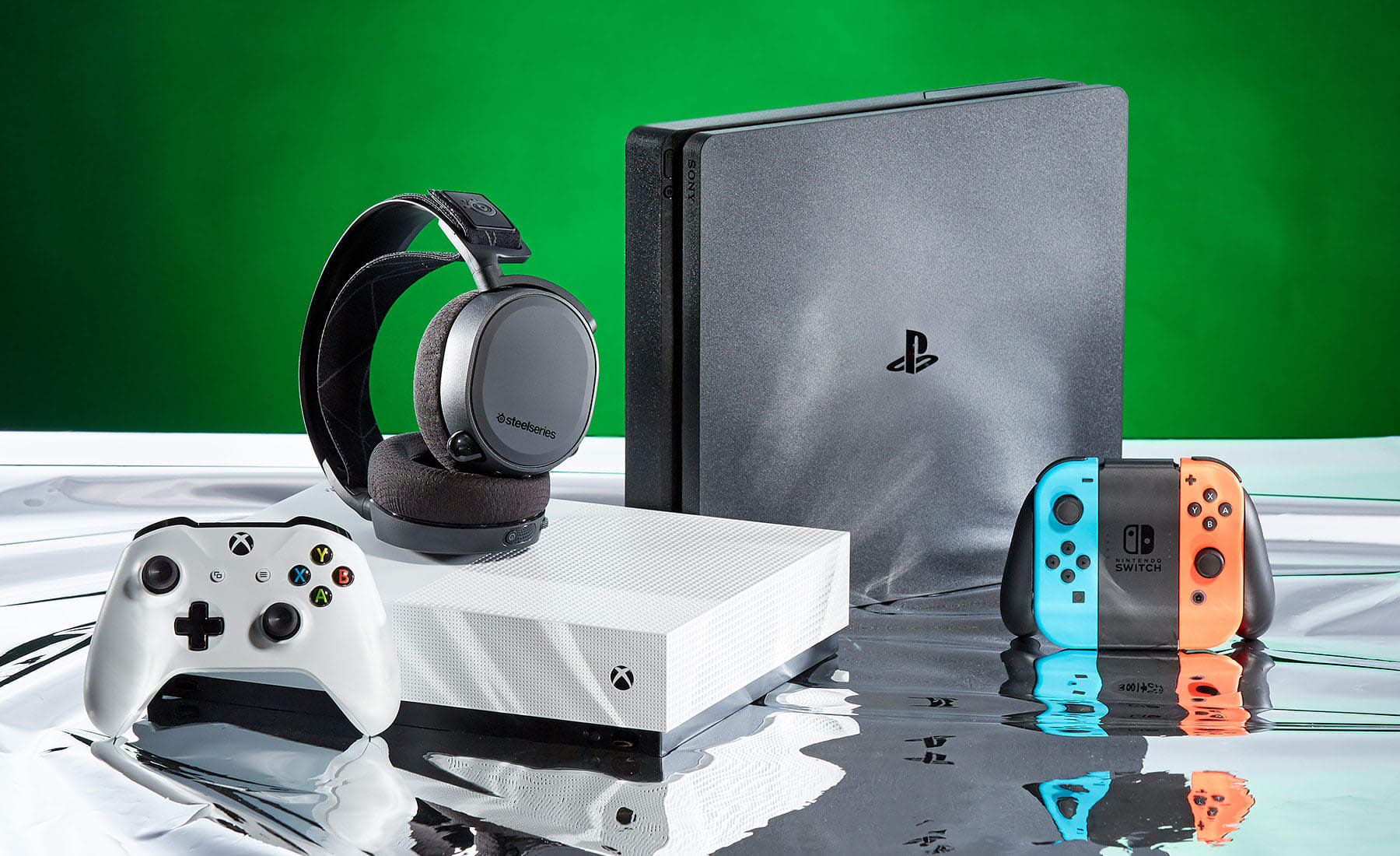 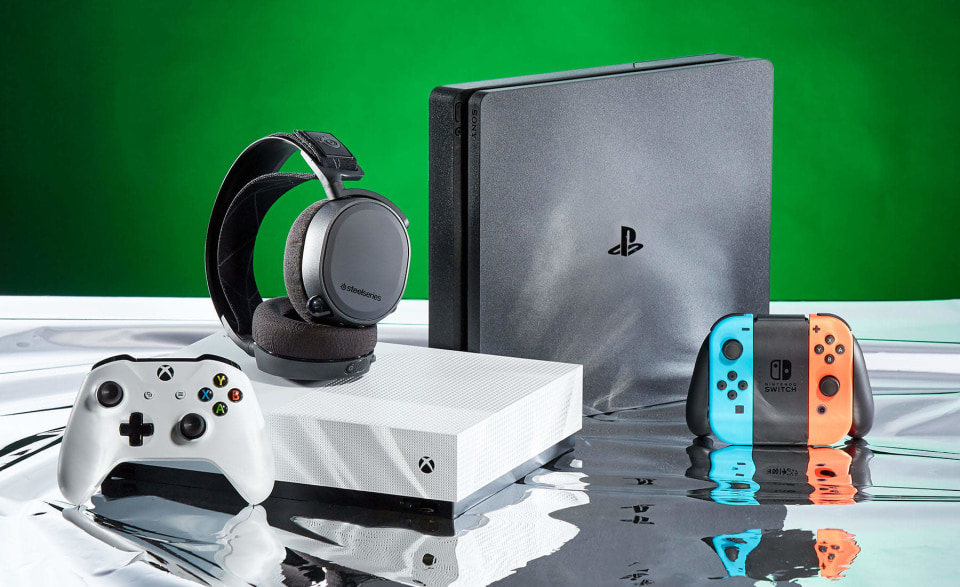 The life of a student isn't all taking notes, writing essays and broadening horizons. Sometimes, you just want to blow off some steam. And for some of us, that means loading up a new game (or an old familiar one) and transporting yourself elsewhere.

Welcome to the console gaming section of our back-to-school guide, where we've homed in on several upgrades, running the gamut from accessories, games (duh) and even whole consoles (lucky you). While we're pretty taken with Nintendo's Switch, we've also included recommendations for Xbox, PlayStation and even a VR headset, with game suggestions throughout to help make some new friends or get the party started. And if you need even more game-buying advice, click here to find our top picks for every platform and also be sure to check out the PC gaming section of our back-to-school guide. 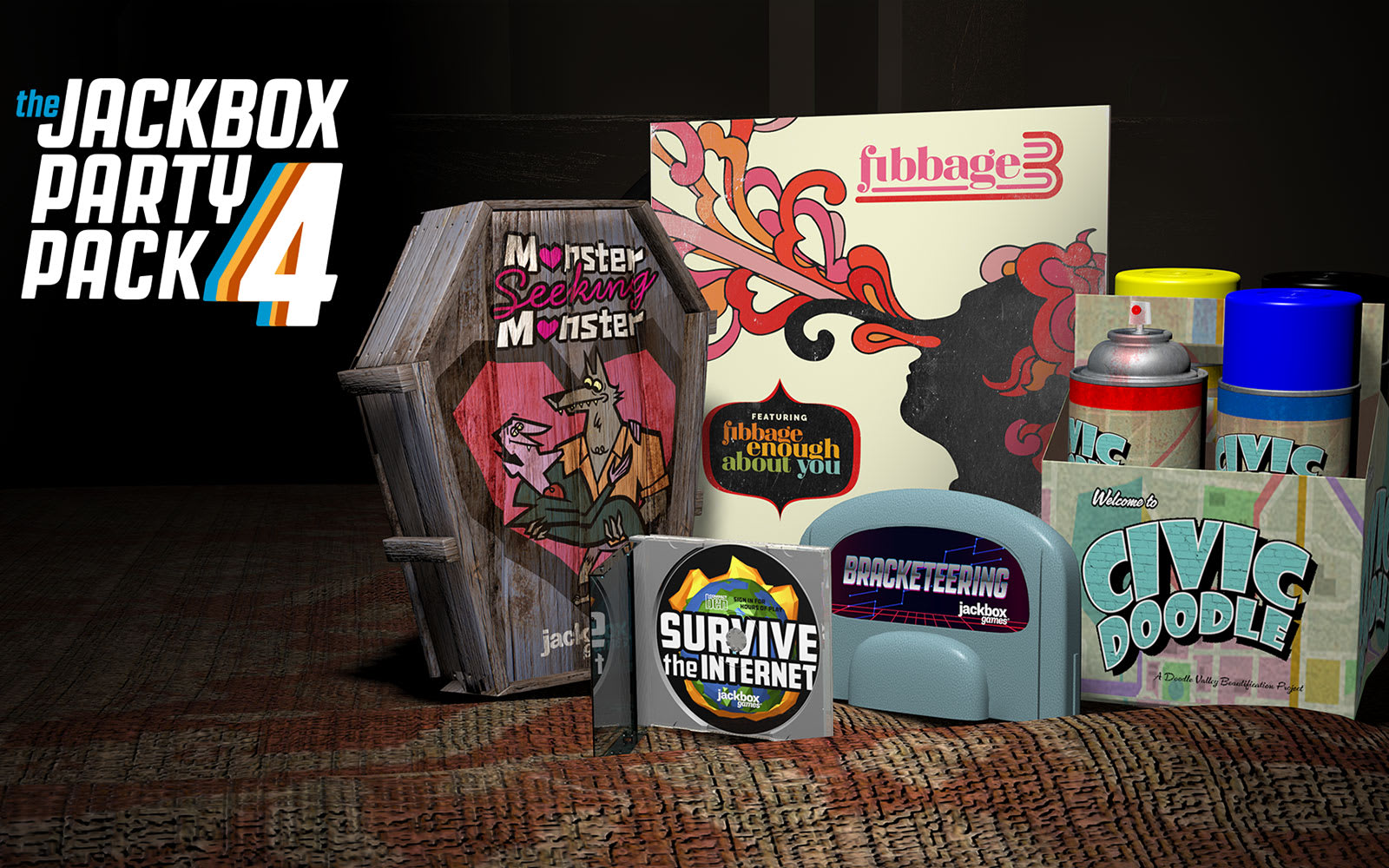 You might not know Jack, but he certainly knows how to throw a party. The Jackbox Party Pack 4 comes with five games built for multiple players -- Fibbage, Monster Seeking Monster, Survive the Internet, Bracketeering and Civic Doodle. All of them are playable with smartphones, meaning there's no need to buy a bunch of gamepads only to have your friends spill sticky drinks and burrito detritus all over them.

Jackbox has built its reputation delivering witty, replayable group games, and the Party Pack 4 continues this tradition. For your back-to-school rager, Bracketeering can host up to 16 players, and for a more intimate, midyear romp, there's Fibbage for two to eight players. If you're really laying it on thick with your new crush, Monster Seeking Monster is a dating game about pairing off spooky, supernatural creatures -- you know, like most college students. -- Jessica Conditt, Senior Editor 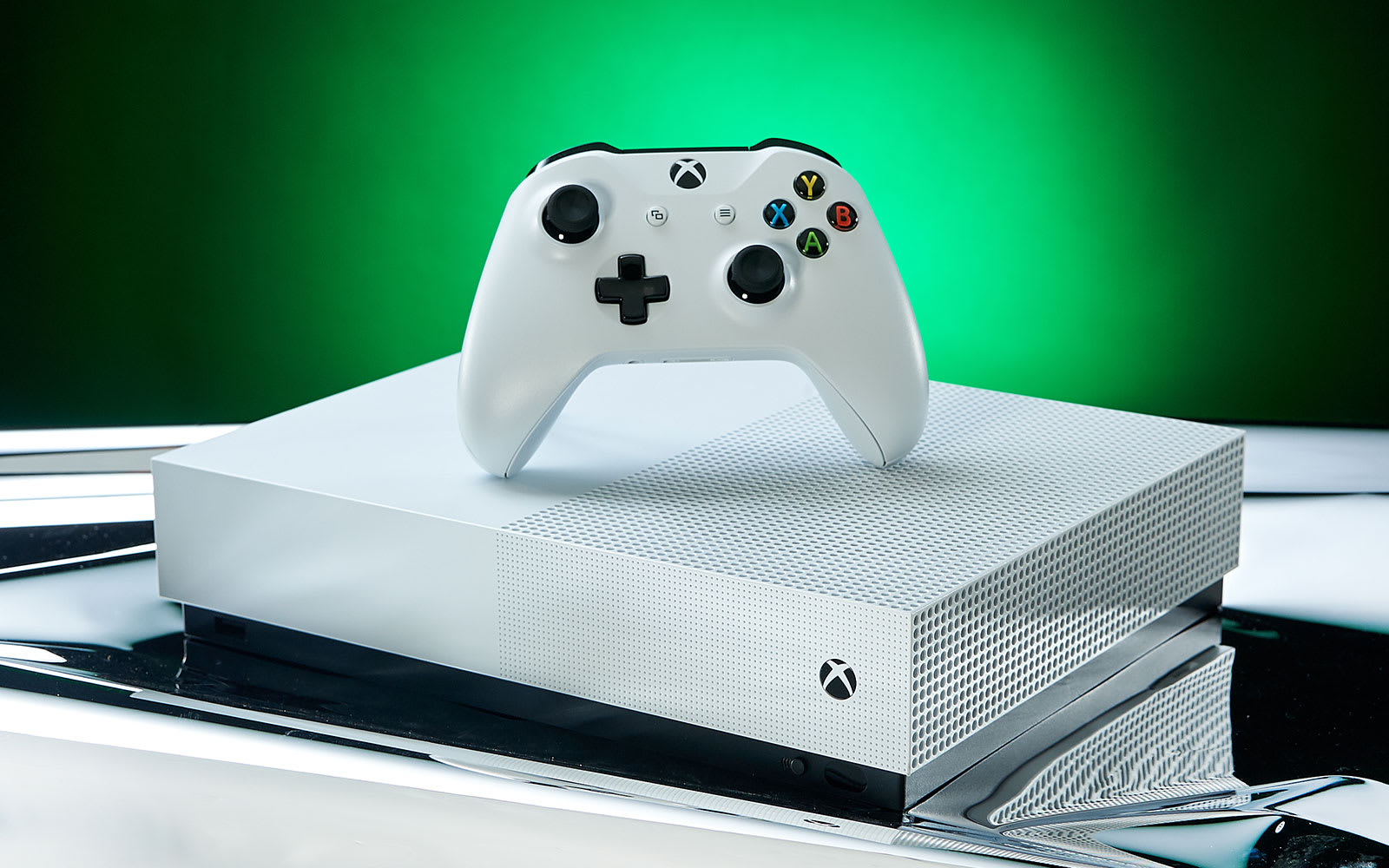 Welcome to the next gaming generation. The Xbox One S All-Digital Edition is not only the cheapest Xbox on the market but also the only one built for the streaming industry, ditching the disc drive entirely. Xbox features exclusive franchises like Halo, Gears of War, Sea of Thieves and Cuphead, plus it's supporting a digital-first ecosystem with Game Pass Ultimate, a monthly subscription that combines Xbox Live Gold and Game Pass.

That's not to mention the most important feature for anyone in a dorm room, shared apartment or Marie Kondo household: The Xbox One S All-Digital Edition ensures you'll never have to buy a game disc again, leaving plenty of extra space on your shelves for textbooks. Or toys. We don't judge (but Kondo might). -- J.C. 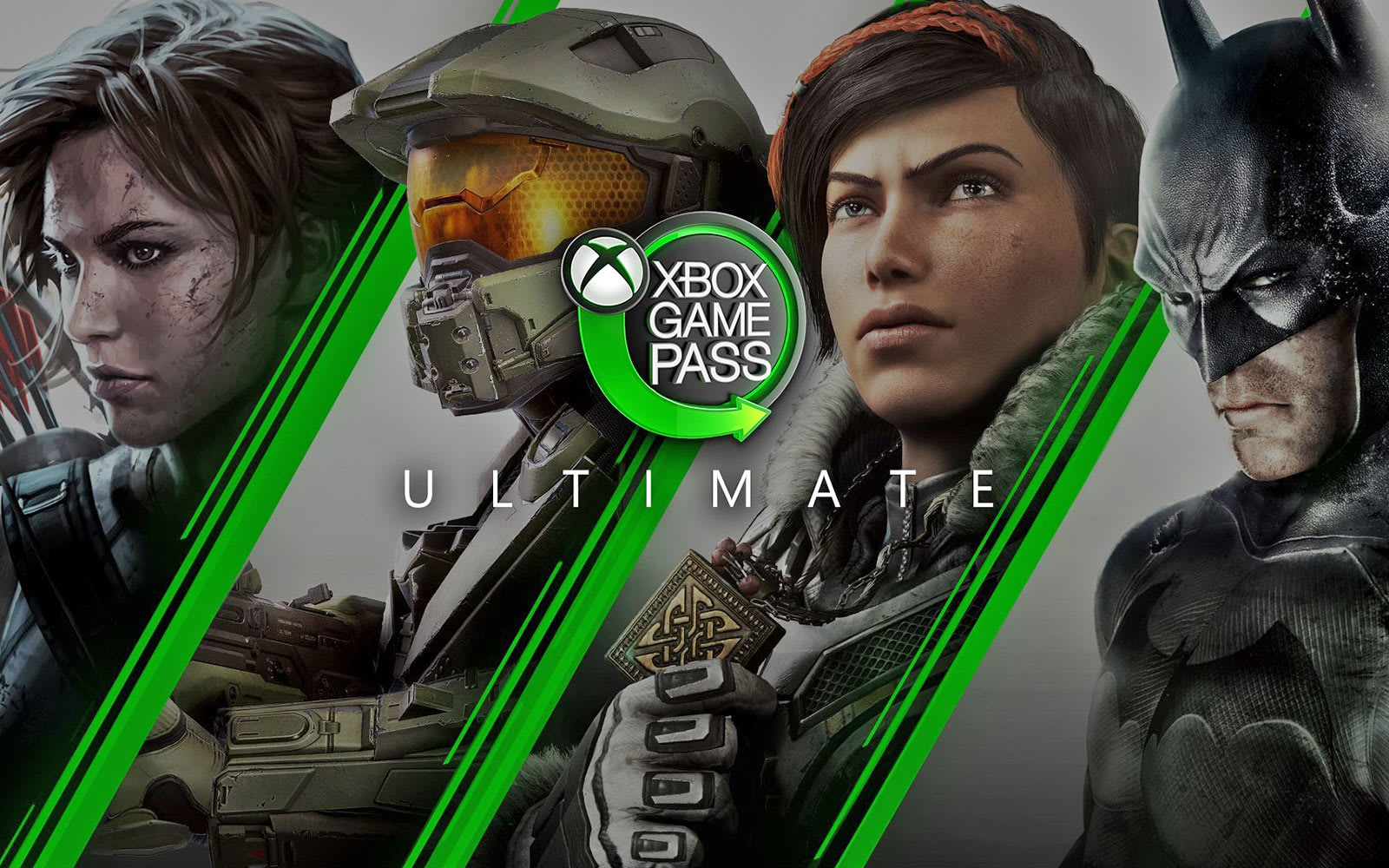 As much as you're going to spend the next year studying, you're also going to need the occasional break. And if you have an Xbox One or a Windows 10 PC, chances are you're going to want to play video games with friends online during your downtime. With an Xbox Game Pass Ultimate subscription, you can not only do that but also get access to more than 100 games to play on PC and Xbox, including Forza Horizon 4, Minecraft, Mortal Kombat X, Wolfenstein II and more. Additionally, the subscription comes with early access to titles from Xbox Game Studios, such as the highly anticipated Gears 5.

Xbox Game Pass Ultimate starts at $10 per month each for the PC and Xbox One memberships, or you can get a package that lets you play games on both for $15 per month. That's not a bad deal if you want to play games like Gears 5 before they even launch, which is one of the main benefits of the Xbox Game Pass Ultimate. -- Edgar Alvarez, Senior Editor 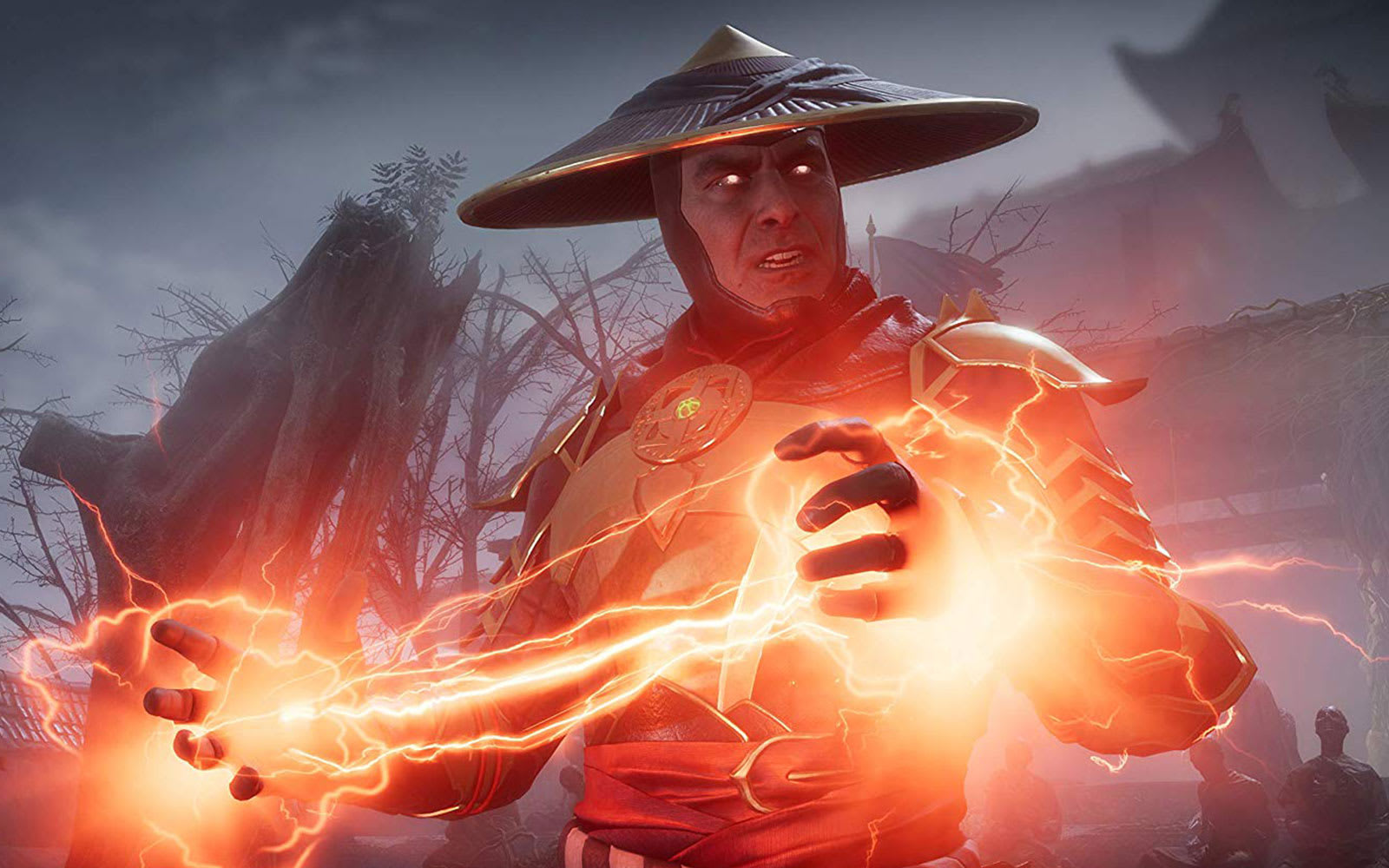 There's nothing like a little dismemberment to disperse the test-taking blues. Mortal Kombat 11 is the perfect way to settle a disagreement among friends, decide who has to take out the trash or release some of that collegiate stress. NetherRealm Studios has upped the ante once again in this year's installment, devising fantastically disgusting Fatalities all rendered at up to 4K and 60fps.

It's not all new though. Mortal Kombat 11 stars legendary series characters like Sub Zero, Scorpion, Raiden and Jade as well as the traditional, arcade-style Klassic Tower mode. New additions like Kollector, Geras and Cetrion round out the roster, at least for now. More characters will join the fight as the months roll on, with at least six confirmed post-launch additions. You know what that really means: Prepare for a slew of fresh fatalities. -- J.C. 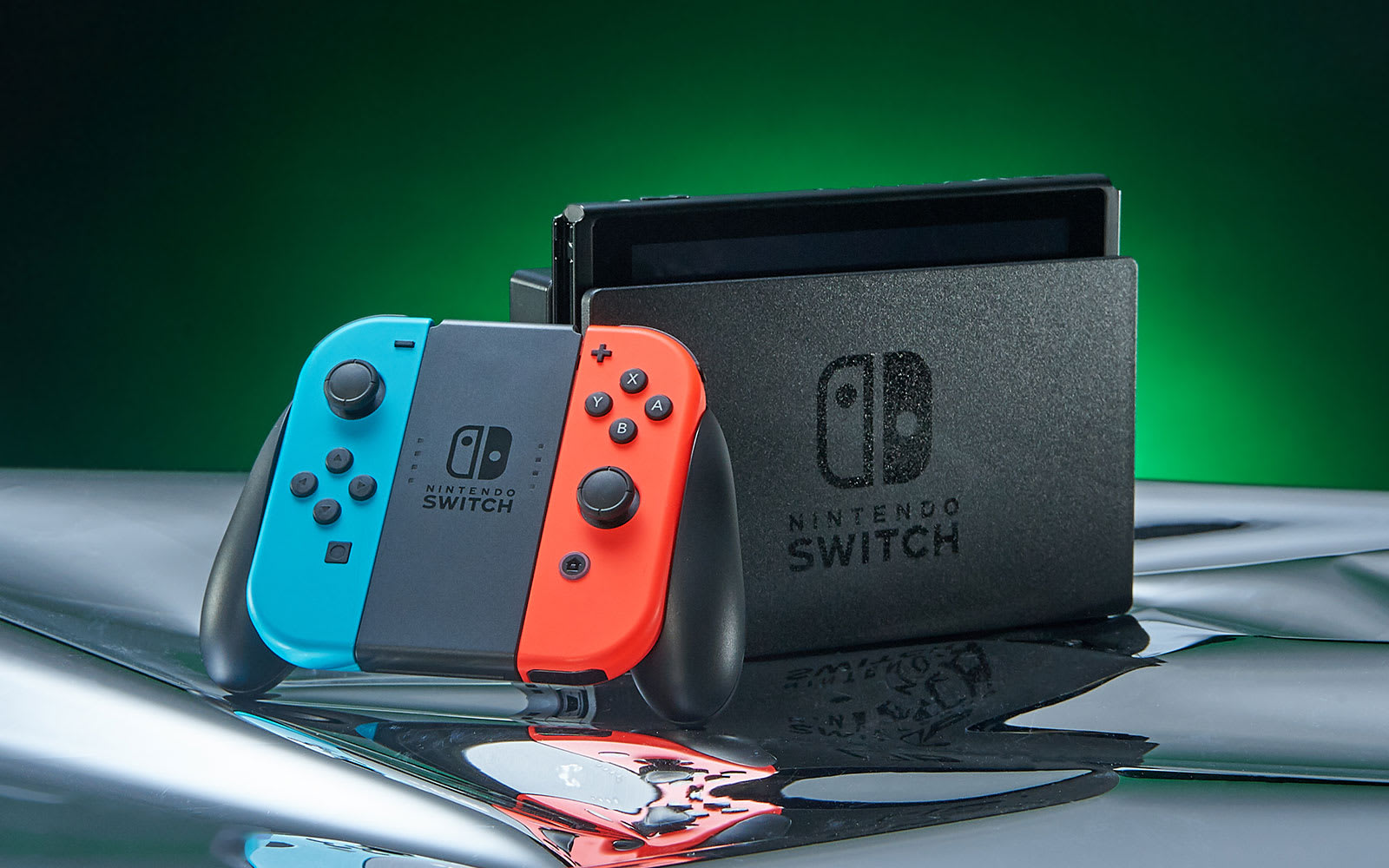 The Nintendo Switch is a remarkable little machine for students who are splitting their time between class and a cramped dorm room. For one, it doesn't require a TV or external monitor to play. That means you can curl up in bed or lie on your campus lawn and sink 100 hours into something like The Legend of Zelda: Breath of the Wild. Heck, you can even grind some levels in Pokemon: Let's Go, Eevee, or the upcoming Dragon Quest XI while you're sitting in class and waiting for your professor to arrive. Of course, if you do have a big screen, you can also dock the console and play it that way. It's a versatile system that adapts to your lifestyle.

The Switch is the perfect party console too, with an ever-growing library of couch-friendly multiplayer games. Some of our favorites include Super Smash Bros. Ultimate, Mario Kart 8 Deluxe, Super Mario Party and the hectic culinary chaos of Overcooked. These titles are approachable and, more importantly, easy to pick up. So whether you live with a Fortnite champion or someone who has never heard of Waluigi, you can pass them a Joy-Con and have some laughs. Did we mention that with the Switch Online service you get access to a huge library of NES games too? Nothing breaks the ice like Super Mario Bros. 3. -- Nick Summers, Senior Editor 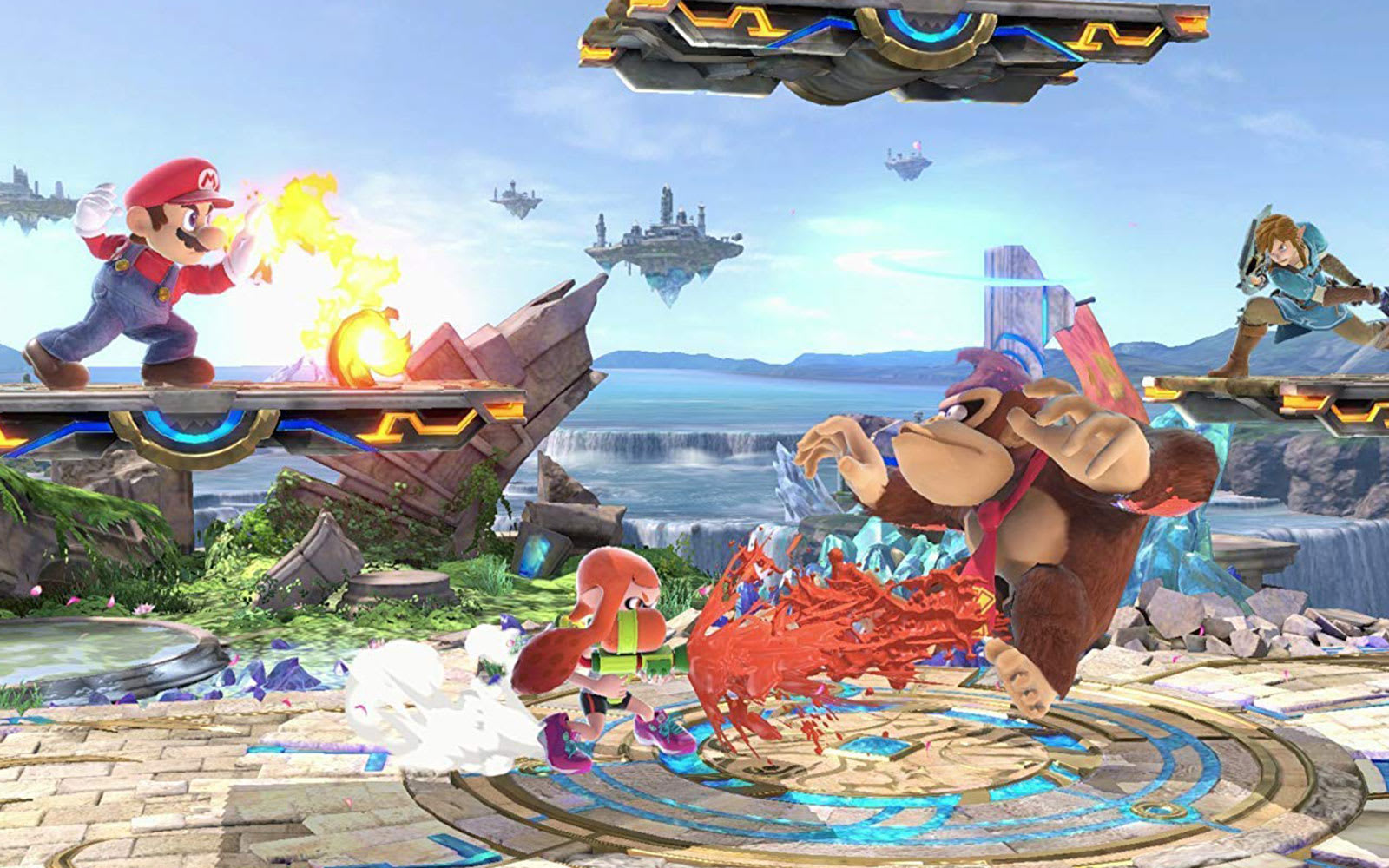 Super Smash Bros. Ultimate is the best video game mash-up ever created. Name any Nintendo character or franchise, and it's probably represented in this colorful and wonderfully-bombastic brawler. Mario, Bowser and the rest of the gang from the Mushroom Kingdom? Of course. Link, Zelda and Ganondorf? Yep. How about the original Castlevania heroes? They're here as well. Metroid, Pokémon, Animal Crossing, Fire Emblem, Donkey Kong -- the list goes on and on. Nintendo is still expanding the roster, too, with regular DLC packs that include Joker from Persona 5 and, soon, the hero from Dragon Quest XI.

The pantheon of playable characters makes Super Smash Bros. a brilliant party title. Anyone can pick up a controller, mash some buttons and watch their favorite hero dash, punch and generally cause chaos on-screen. The basic premise -- stay on the floating 'stage' by any means necessary -- is also easy to understand and keep track of. There's a depth to the control scheme, though, that will keep skilled and experienced players entertained for hours. And, if everyone you know is busy with homework, you can always delve into the surprisingly robust World of Light story mode. For $60, the game is phenomenal value. -- N.S. 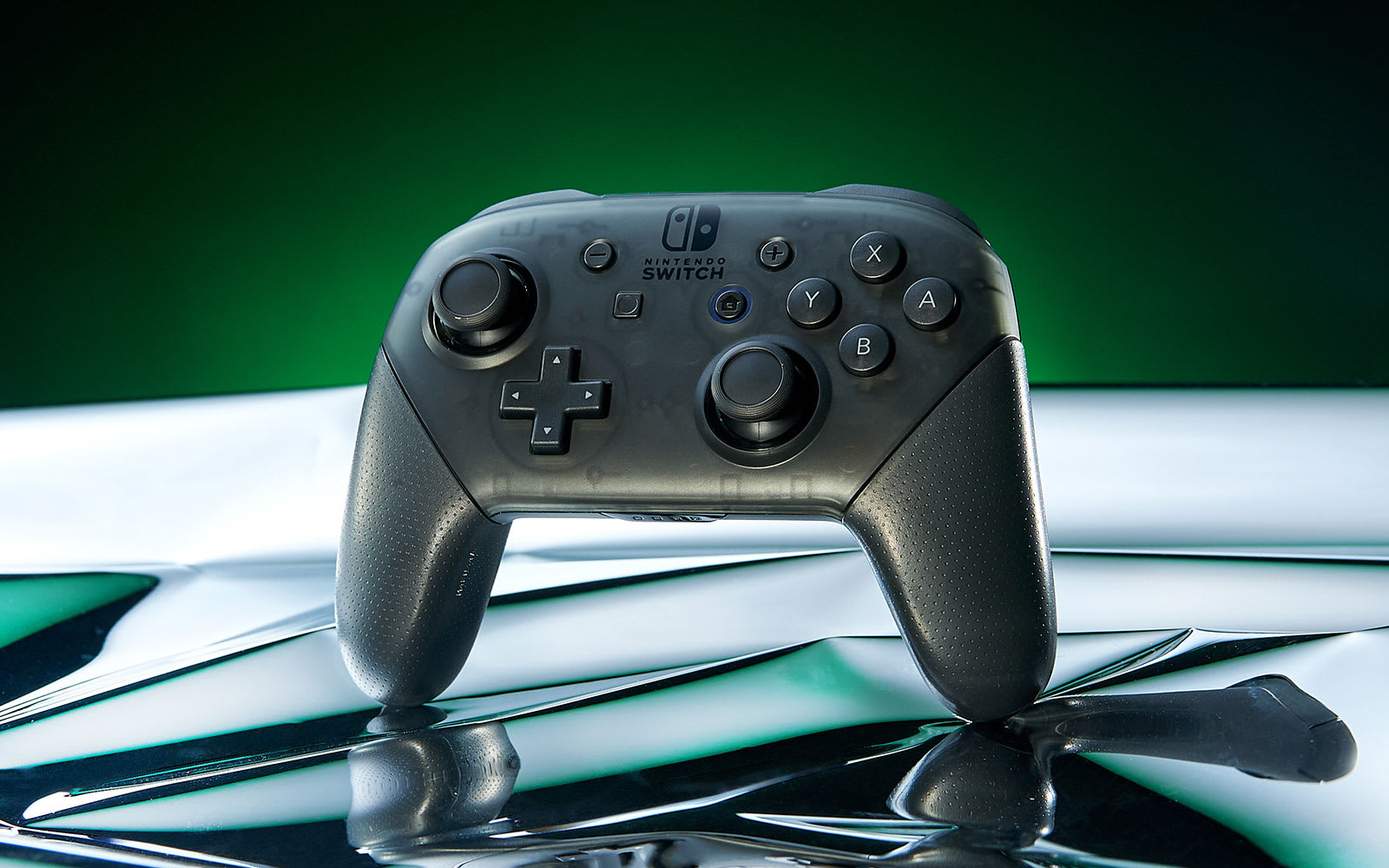 The twin Joy-Cons that ship with every Nintendo Switch are fine. They're great, even, when you consider the multitude of ways -- handheld mode, detached motion controllers, or inside the plastic Comfort Grip -- they can be used with the system. When you're sitting at home, though, you probably want a traditional pad, something larger and more robust that won't cramp your fingers and thumbs during longer play sessions. For this scenario, we recommend the Switch Pro Controller. It's a worthy rival to the official PS4 and Xbox One pads, with 40-hour battery life, offset analog sticks and large, durable face buttons. The $70 asking price is steep, but it's a must-have accessory for most Switch owners. -- N.S. 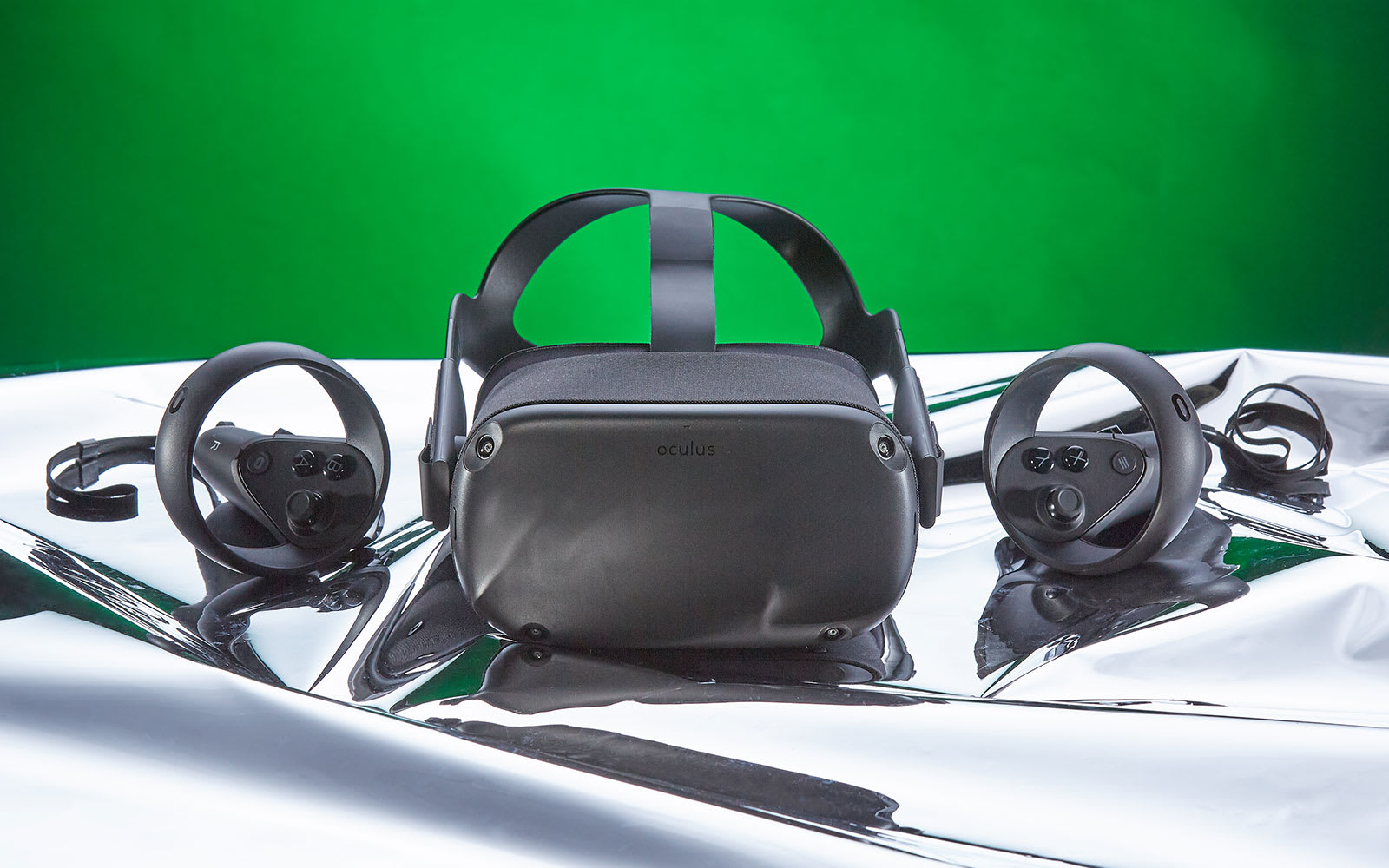 Just because you're on a tight school budget doesn't mean you have to forego quality VR. At $399, Oculus' Quest headset is an affordable way to get into virtual reality while preserving many of the features that make the technology so great. You still have six-degree freedom of movement and full-featured controllers, but you won't have to buy a powerful PC. There aren't any wires to trip you up either. And when you can both watch videos as well as play hot VR titles like Beat Saber and Vader Immortal, it offers plenty of ways to tune out your roommates.
-- Jon Fingas, Contributing Editor 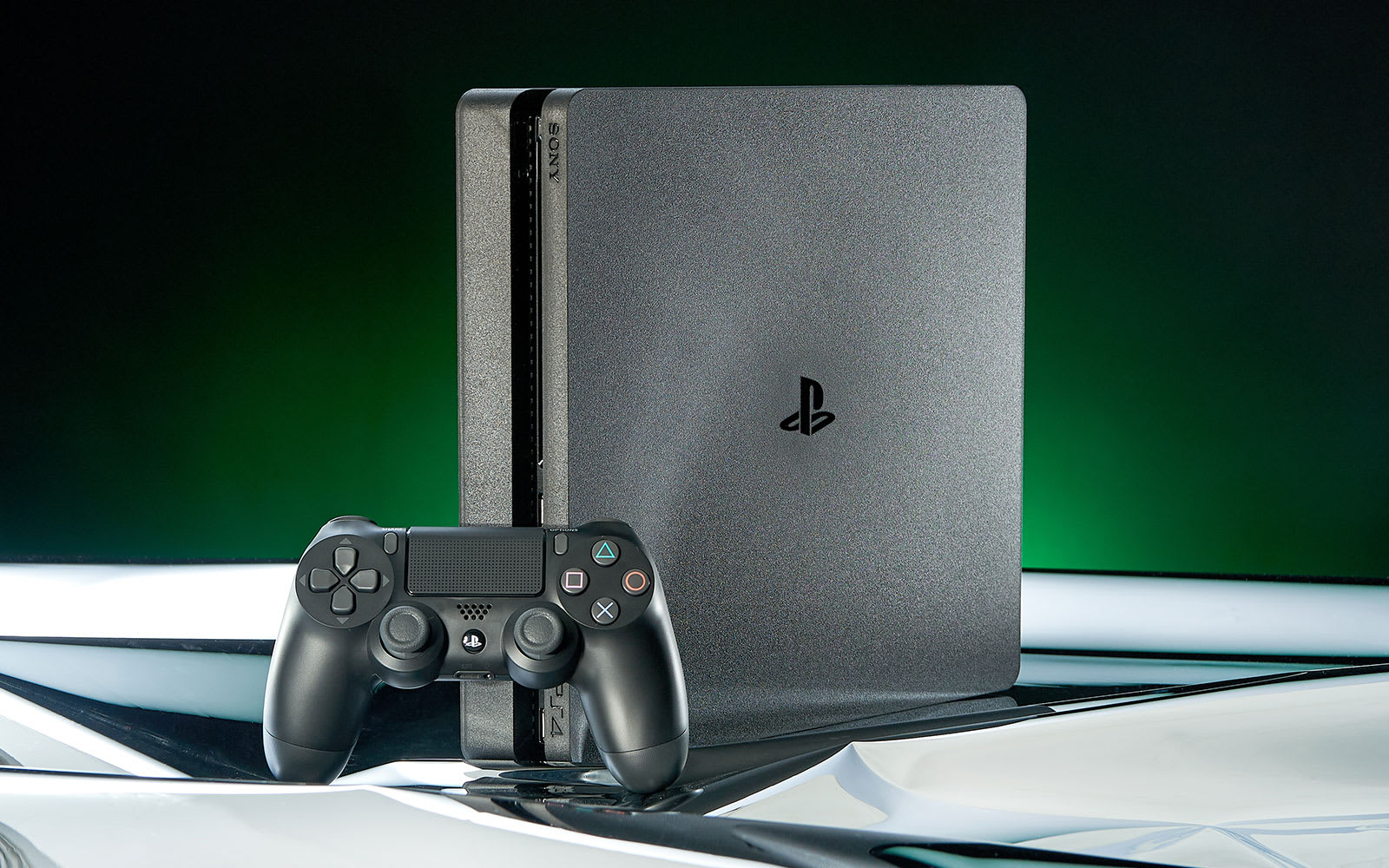 There's only one way to play some of the most high-profile, influential games of this generation, and that's on PlayStation 4. God of War, Spider-Man, Horizon Zero Dawn and Uncharted 4 are all exclusive to Sony's ecosystem, alongside fan-favorite franchises like The Last of Us and The Last Guardian. If you're looking to dive into these titles, the PS4 Slim is a cost-effective option, starting at $250 for a 500GB version. Plus, PS4 is the only way to play VR games on a console. No matter how powerful the Xbox One or Nintendo Switch become, PS VR remains the only console-based headset. That's a separate purchase, but at least it's an option. -- J.C. 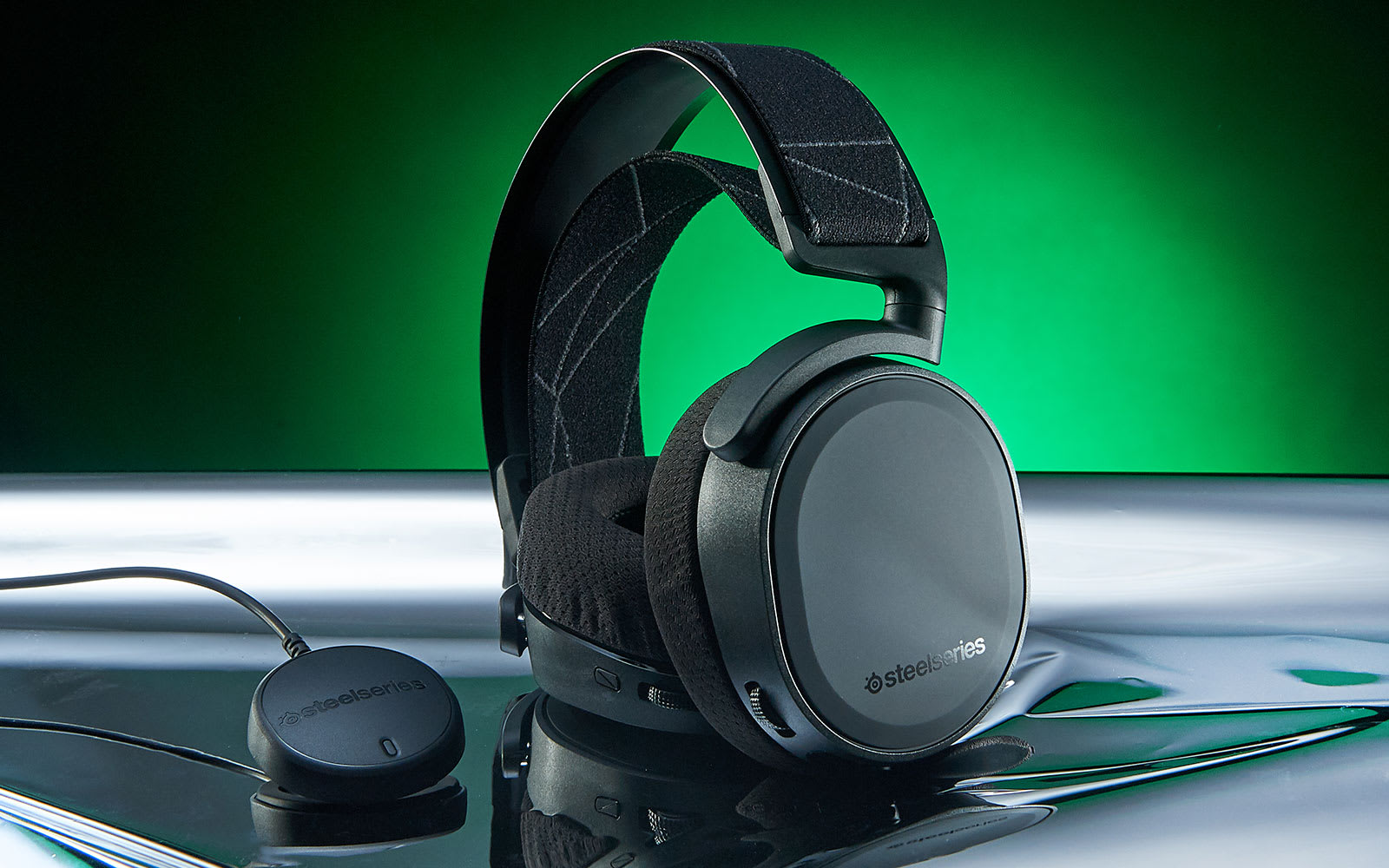 Not used to sharing a room? Here's some friendly advice: If you don't want to want to get murdered by a sleep-deprived roommate over your all-night gaming sessions, get a pair of headphones. The SteelSeries Arctis 7 is a solid option for both the PS4 and Nintendo Switch. You can use it in wireless mode via USB for both consoles, though your Switch has to be docked for the option to work. In tablet mode, it has to be connected via the 3.5mm jack. 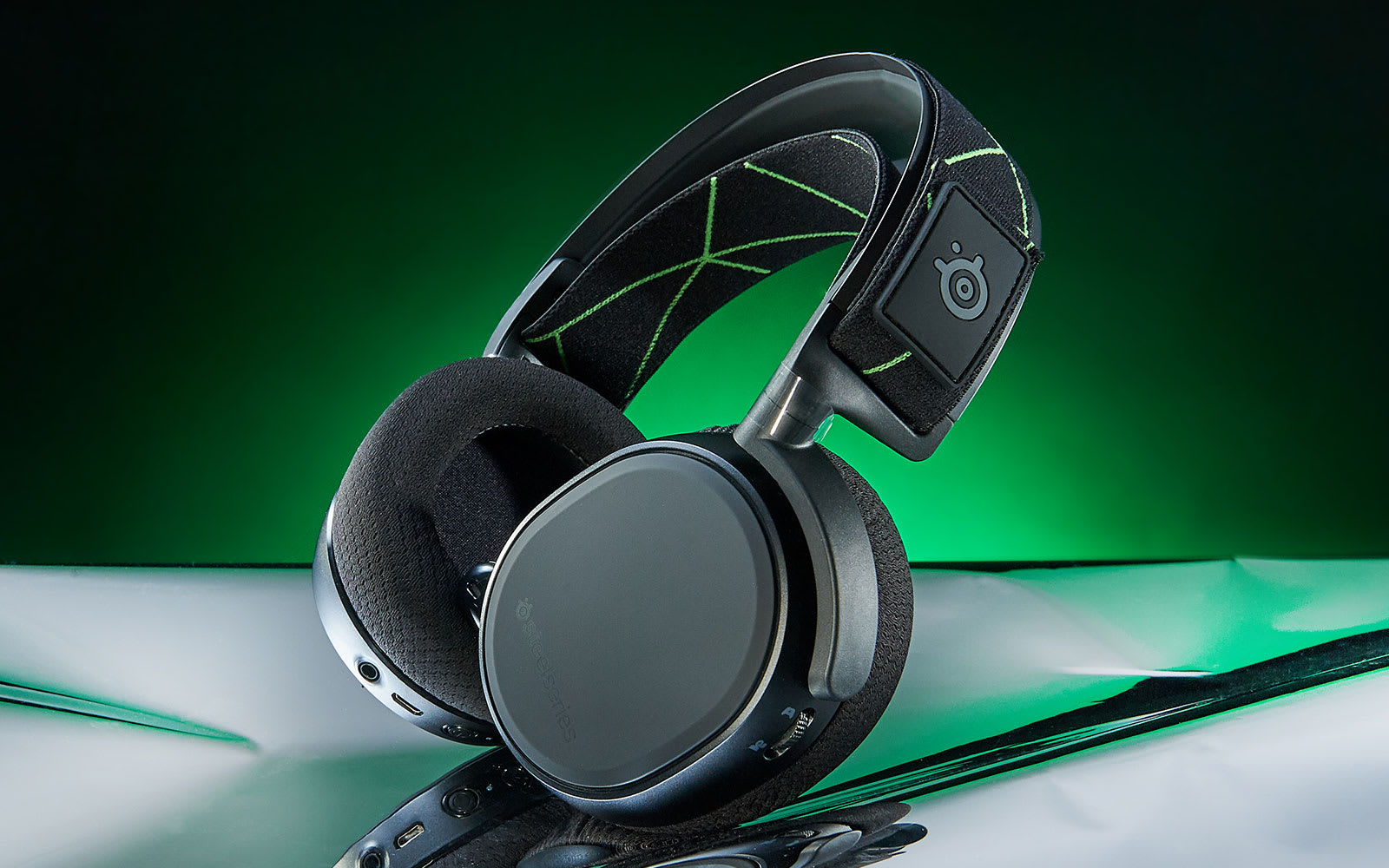 SteelSeries also has something for Xbox gamers: the Arctis 9X. This one's made especially for the platform and comes with integrated Xbox wireless capability. It doesn't need a cable or even a dongle, since it can connect to the console by itself, just like a controller. The model also comes with Bluetooth connectivity for phone, so you can use it for your favorite mobile games. As another nice bonus, both models will also work with your PC.
-- Mariella Moon, Contributing Editor

In this article: arctis7, arctis9x, bts2019, facebook, gadgetry, gadgets, gaming, gear, jackbox, microsoft, MortalKombat11, nintendo, nintendoswitch, oculus quest, PlayStation4Slim, PS4Slim, sony, steelseries, switchprocontroller, thebuyersguide, xbox game pass ultimate, xboxones
All products recommended by Engadget are selected by our editorial team, independent of our parent company. Some of our stories include affiliate links. If you buy something through one of these links, we may earn an affiliate commission.