There are plenty of live and on-demand options for watching shows, movies and sports.
E. Alvarez|07.25.19
@abcdedgar

Even though there are dozens of video-streaming services to choose from, thankfully they're not all the same. And for those of you who may be on a budget, like students, that's a great thing, because it means you can likely find one that suits your needs. Whether you're trying to save money or simply don't care to have a cable subscription, there are plenty of standalone streaming services for watching TV, movies and sports, both live and on demand, that aren't too expensive.

While offerings like YouTube TV and PlayStation Vue mimic traditional cable packages, providing more than 50 channels each through their basic plans, they cost more than $45 per month. If you're trying to save money, that's simply not going to work. Your best bet is to be mindful of what, exactly, you want to watch and when, and then pick and choose from a variety of services based on that. Do you care about watching series or sports live? Or are you just interested in original, on-demand shows from Netflix and Amazon Video, like Stranger Things and The Marvelous Mrs. Maisel?

Whatever the answer to those questions may be, here's a breakdown of the best streaming services you can get without breaking the bank, all of which let you watch on the web, iOS and Android devices as well as set-top boxes like the Apple TV. Hopefully you'll find the right balance of plans that makes sense for you, since the last thing you want is to end up paying hundreds of dollars per month. That would defeat the purpose of cutting the cord. 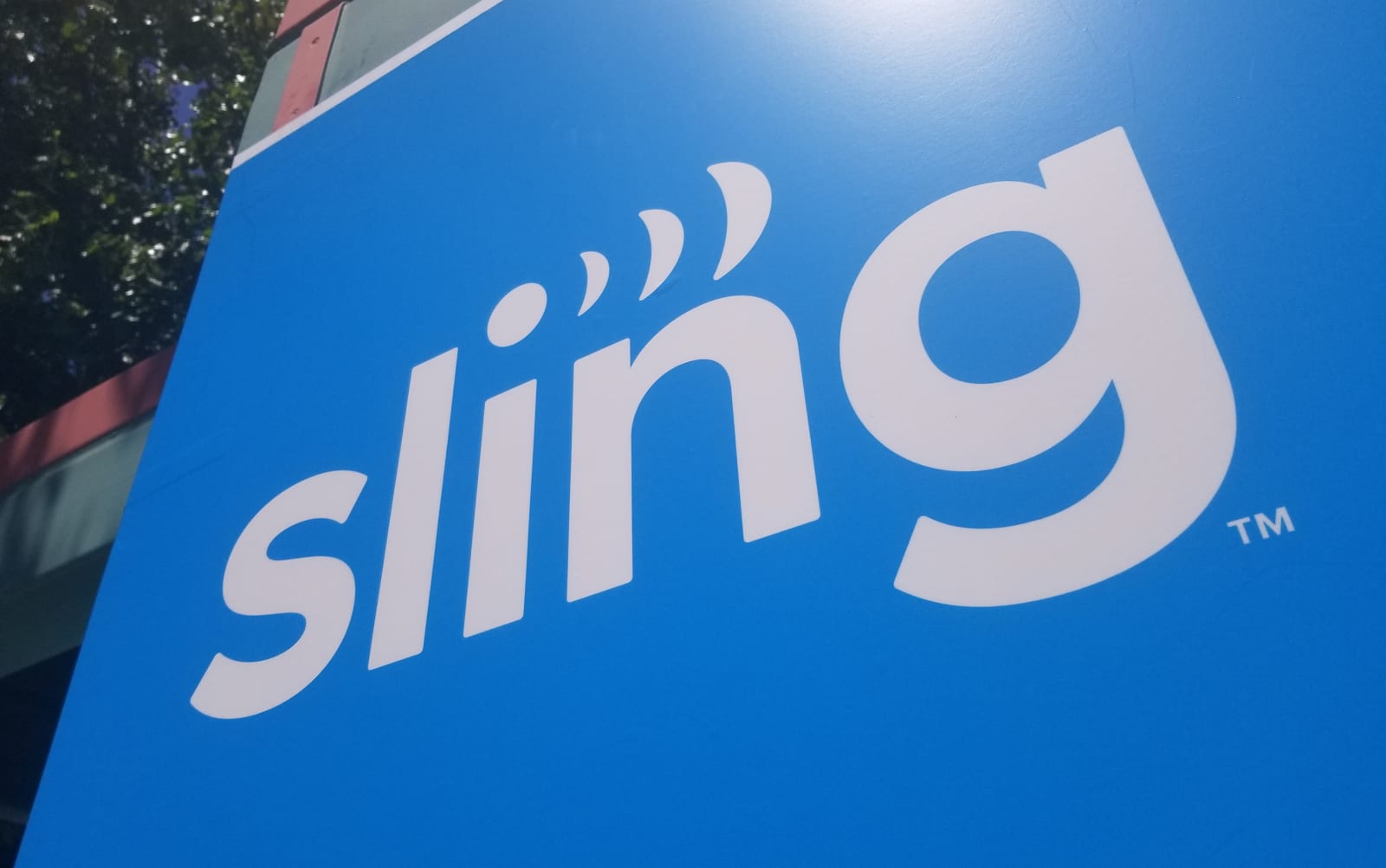 What you get: A solid mix of live channels for less than $25 per month, with an optional cloud-based DVR feature.
Pros: More than 30 live channels with Sling Orange and Sling Blue, including major ones such as ESPN, AMC and Comedy Central.
Cons: Cloud DVR feature costs an extra $5 per month, and you'll still need to find a way to get over-the-air channels like ABC, CBS, NBC and Fox.

If what you're looking for is live TV, Sling has a few great options ($15+/month). Sling Orange and Sling Blue both start at $25 per month and offer access to more than 30 channels each. The main difference between them is that with Sling Orange you get channels like ESPN, ESPN 2 and ESPN 3, which may be essential for sports fans. If you don't care for any of those, Sling Blue comes with an assortment of big-name networks, including AMC, CNN, TNT, TBS, E!, Comedy Central, History, FX, National Geographic, FS1 and FS2, among many others.

Sling TV also has a decent deal for $40 per month that combines all the channels from Orange and Blue. And if you just care about local, over-the-air networks like ABC, CBS, NBC and Fox, Sling TV has a box called AirTV. It costs $99, but you can use it to stream these channels for free on your iOS and Android devices as well as with Roku, Amazon Fire TV and Android TV. You may not have access to pay-TV channels such as ESPN, but AirTV is a good way to avoid having to pay any monthly fees. The only thing to keep in mind is that you will need an antenna for AirTV. 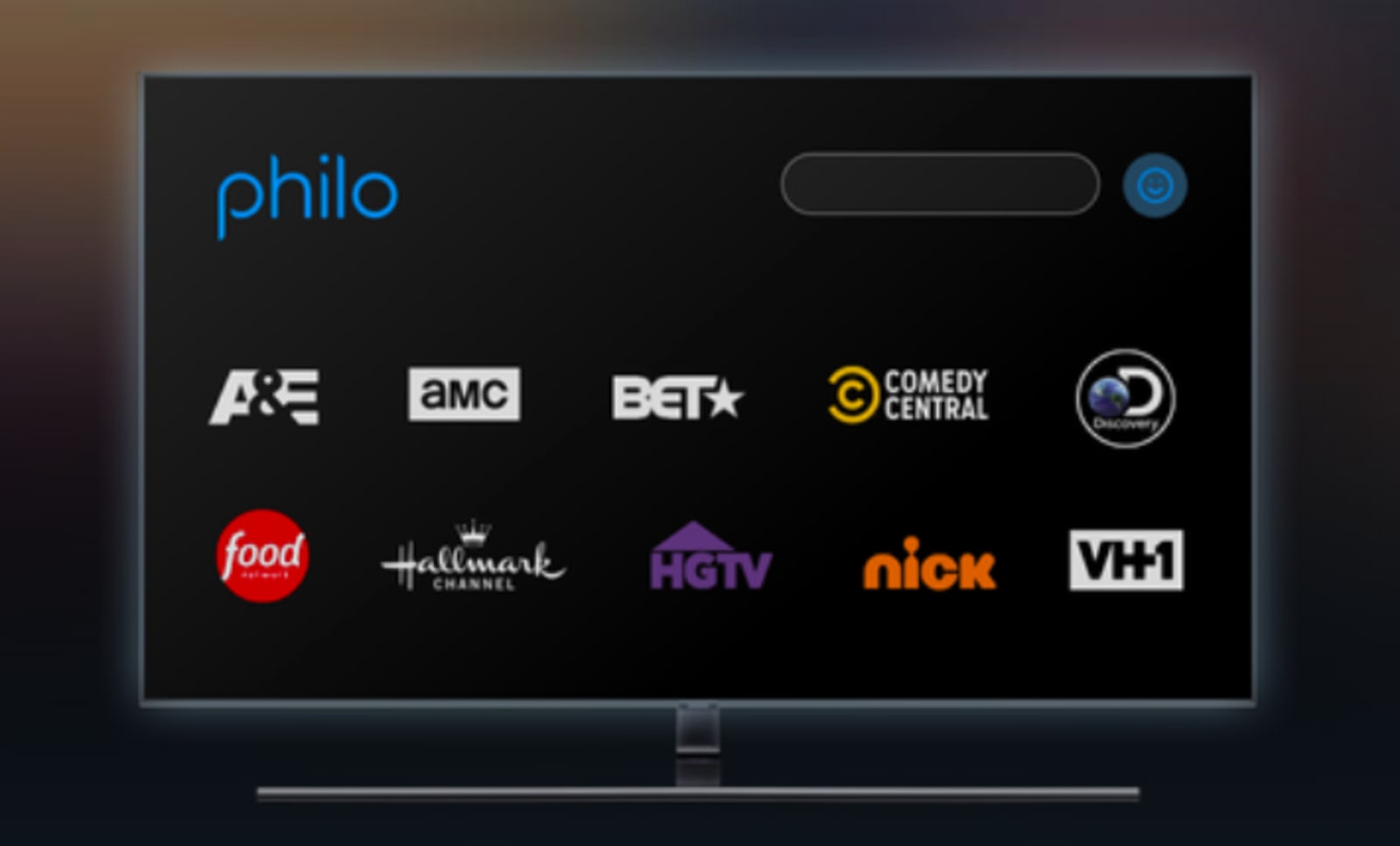 What you get: More than 50 live channels for only $20 per month
Pros: You can have major channels like AMC, Comedy Central, Food Network and HGTV.
Cons: There's no ESPN or FS1, so it's not the best fit if you're a sports fan.

Another solid option for live TV is Philo, which offers 58 channels for $20 per month. That includes A&E, AMC, Comedy Central, Discovery, Food Network, HGTV, History, MTV and Viceland, among others. You won't find ESPN or FS1 on Philo, though, so you likely won't want this service if you're a sports fan. As with Sling TV, Philo lets you watch on iOS and Android smartphones, plus Roku, Android TV, Fire TV and Apple TV. 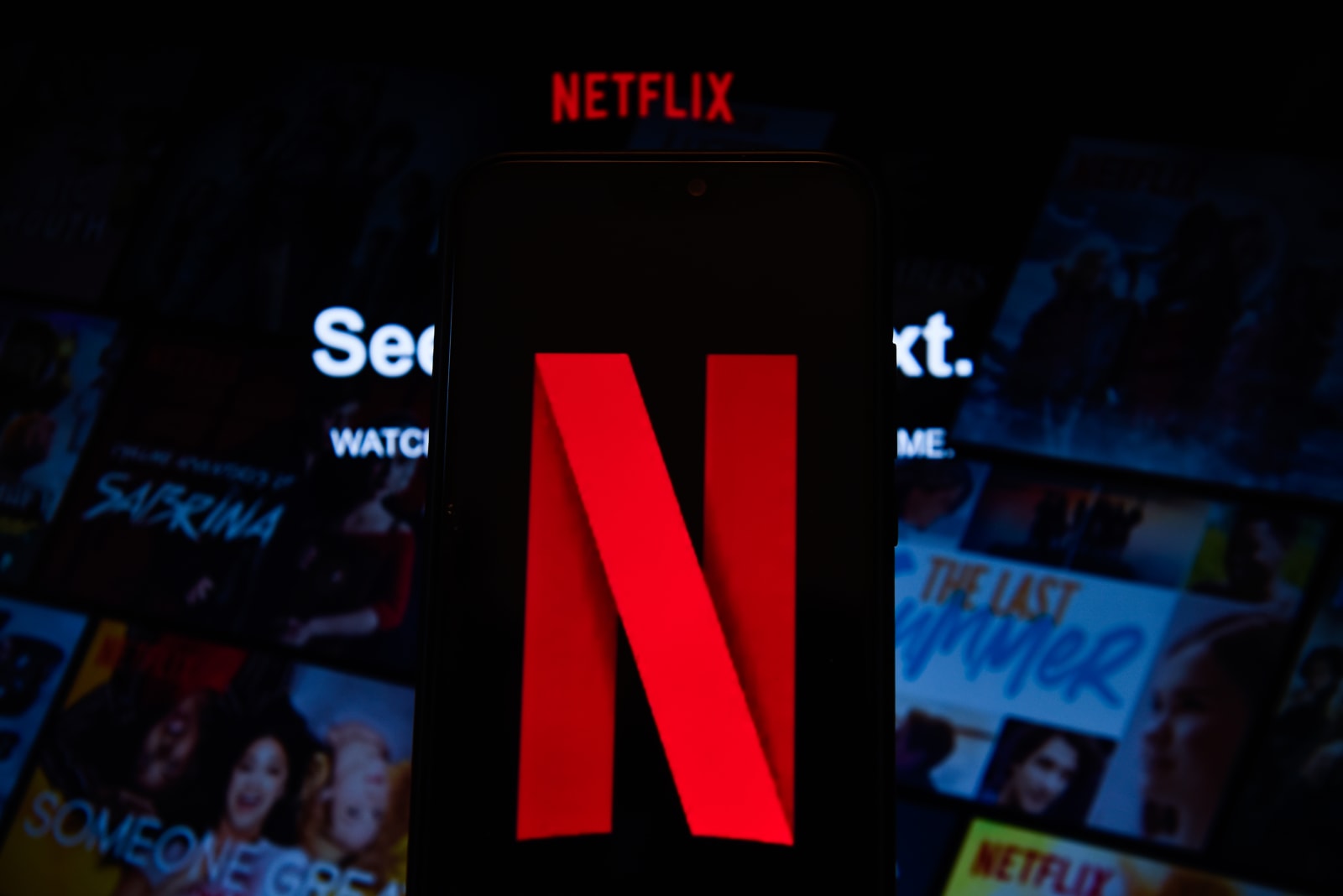 What you get: Classic series like The Office and Friends (for now), along with dozens of original shows and movies from Netflix itself.
Pros: No shortage of options on what to watch, and there's a variety of monthly plans to choose from.
Cons: Shows such as The Office and Friends won't be around on the service for much longer as the TV networks that own them start to build out their own platforms.

You can't talk about on-demand video without mentioning Netflix. With Netflix, you get not only thousands of TV shows and movies -- from classics like Breaking Bad to new releases such as Spider-Man: Into the Spider-Verse -- but also a variety of exclusive content. There's Black Mirror, Stranger Things, Orange is the New Black, House of Cards, Bird Box, Roma and, of course, a slew of Adam Sandler films (if you're into that kind of thing).

Netflix has three plans to choose from: The top-of-the-line one gets you 4K video and up to four simultaneous streams on different screens for $16 per month. Meanwhile, the standard $13 plan offers 1080p HD and lets you watch videos on two screens at the same time, but you do miss on 4K content. If you want the cheapest and don't care for HD video or more than one concurrent stream, there's always the basic plan, which costs $9 monthly. 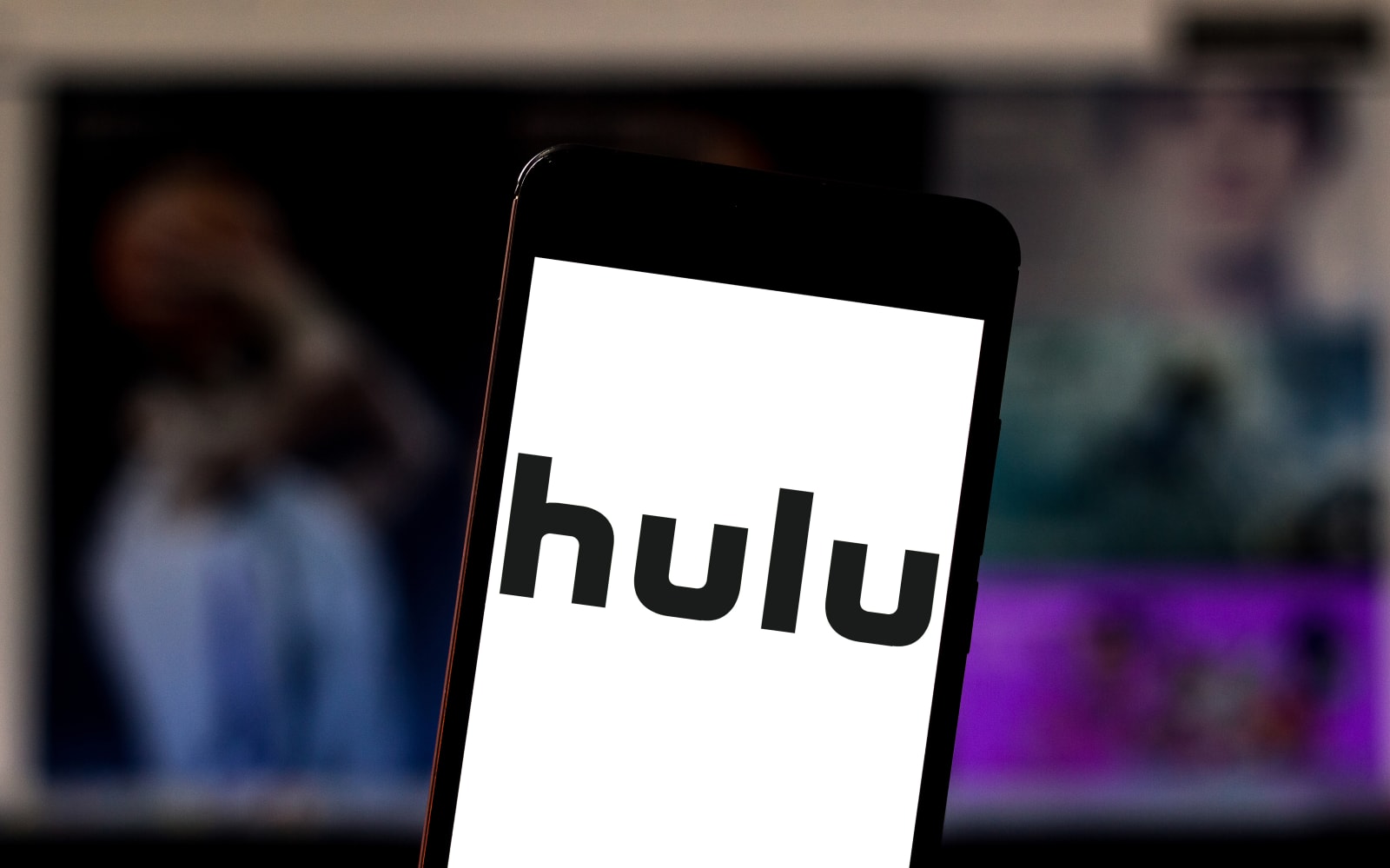 What you get: On-demand access to some of the best shows on TV, plus a solid selection of old and new(ish) movies.
Pros: Only $6 per month (with ads).
Cons: Can't watch new episodes on demand immediately after they've aired on TV; the soonest would be the day after.

Hulu, unlike other services, has on-demand streaming plans starting at $6 per month -- though you'll have to put up with ads. Hulu says it has more than 85,000 episodes of TV available from different networks, including shows like This is Us (NBC), Atlanta (FX), Grown-ish (ABC) and classics such as ER, Seinfeld, Family Guy and South Park. Similar to Netflix, Hulu has movies and original shows too, like The Handmaid's Tale, Marvel's Runaways and Stephen King's Castle Rock.

For $6 per month, Hulu's basic plan is great if you don't mind watching ads in between your shows and movies. But for those of you who would rather not, the company does have an $12 package, which gives you access to the same library of on-demand TV series and films. The only difference is you won't have to deal with any commercials, so it's up to you to decide how much you're willing to watch some ads every now and then.

BEST OF BOTH WORLDS

The benefit to live-TV-streaming services like Sling TV and Philo is that you can also watch stuff on demand, as long as whatever plan you want to pay for has the channel you want. For instance, if you enjoy shows from AMC or E!, Sling TV and Philo will let you watch episodes on your devices after they've aired. Philo also gives you the option to record and save episodes of your favorite show for 30 days while Sling TV has a Cloud DVR feature that allows you to record 50 hours of shows for an extra $5 per month on any of its plans. 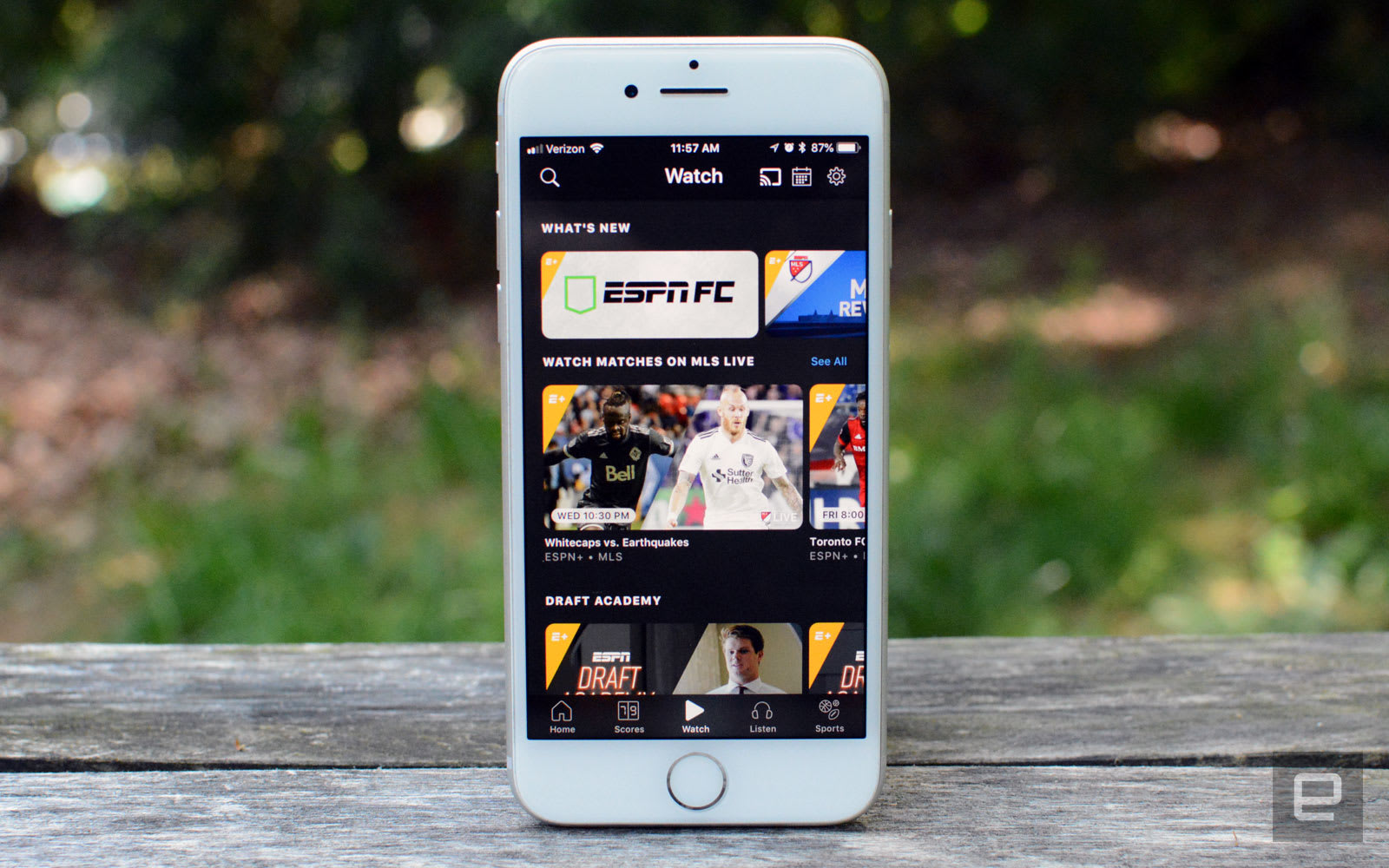 What you get: Tons of sports content from the most popular leagues, both live and on demand.
Pros: Costs only $4.99 per month.
Cons:You'll still have to deal with blackouts, meaning if you live in New York and are a fan of New York City FC, you likely won't be able to stream the game.

For hard-core sports fans, there's ESPN+, which costs only $5 per month and offers both live and on-demand streams. You'll get to watch soccer tournaments like the English FA Cup and USA's MLS, more than 180 MLB and NHL games, and thousands of live college games and events from basketball, baseball, football, golf, softball, wrestling and gymnastics. It's worth noting that ESPN+ isn't meant to replace the ESPN broadcast channel but rather complement it, which means you can only stream out-of-market games for leagues such as the MLB, NHL and MLS. So if you live in the New York area, for instance, you won't be able to watch the Yankees or Mets due to blackouts.

Another thing to keep in mind is that ESPN+ doesn't have NFL games, but you can work around that if you have a way to watch local over-the-air channels. That's where a device like Sling's AirTV could come in handy. That said, ESPN+ does have a ton of original shows at its disposal, including the entire library of the highly acclaimed 30 for 30 documentaries.

If you love watching sports, ESPN+ could be a nice add-on to the premium bundles from Sling TV or Philo, and it would mean spending only $30 per month. As for those of you who may not care much for sports, any of the Netflix subscriptions would pair well with Sling TV Blue or Orange and would also mean spending less than $30 every month.