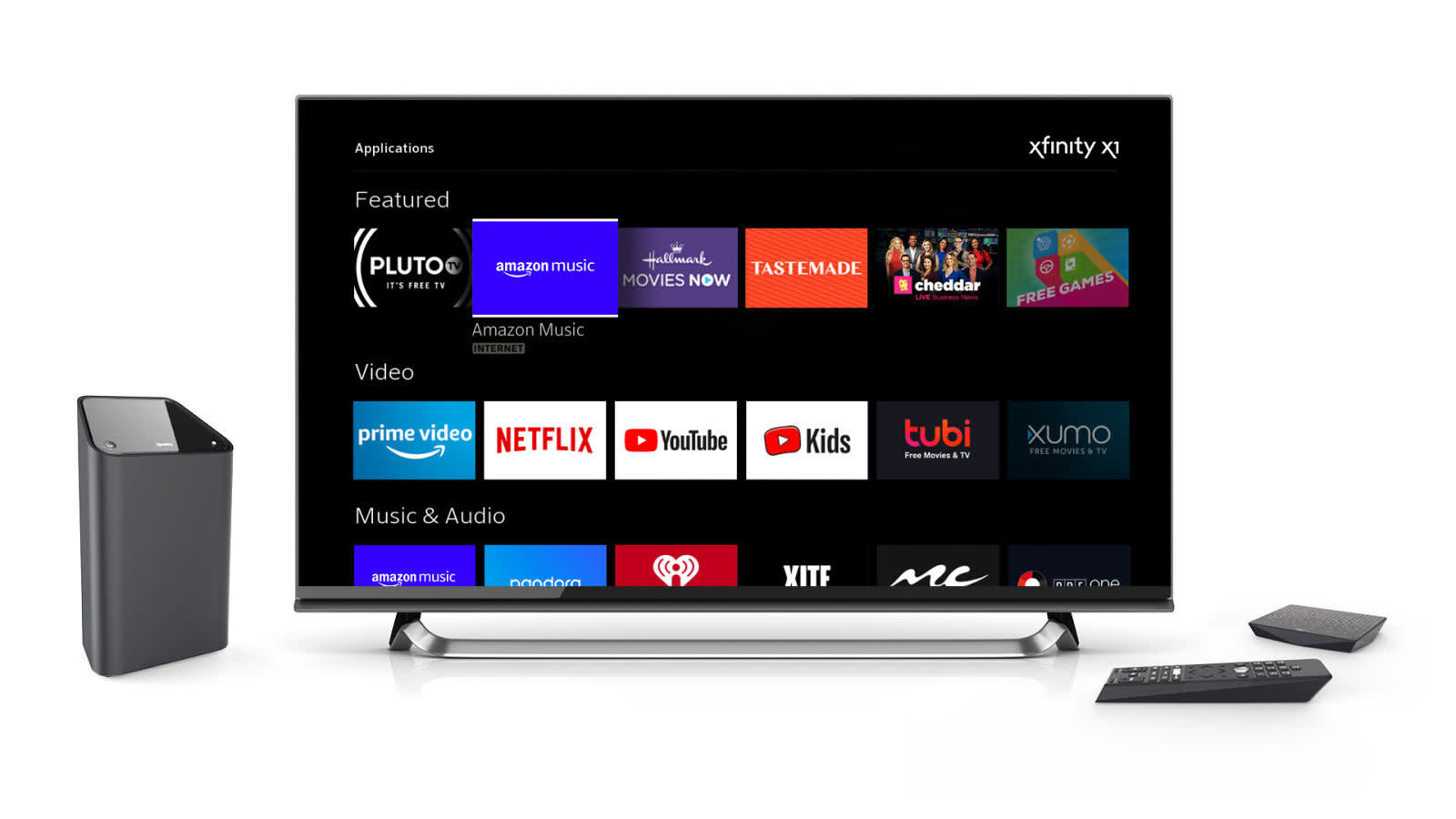 Comcast users will soon be able to access their Amazon Music playlists with their voice remote. The cable company announced today that the streaming music service will be integrated with Xfinity's X1 and Flex platforms and will roll out over the next few weeks.

For Comcast subscribers who already use Amazon Music, this integration gives them another option for music streaming. Customers can simply say "Amazon Music" into their voice remote in order to access their playlists. X1, which is Comcast's more traditional cable set-top box with DVR, and Flex, its streaming TV service for Internet customers, already offers a wide range of third-party apps, including Netflix, Pandora and YouTube.

Prime Video has been available on X1 boxes since December, and has become one of the most-used apps on the Xfinity platform. This is a big reason why Comcast wanted to branch out to Amazon's music service, said VP of business operations and strategy Nancy Spears to Variety. For Amazon Music, the partnership with Comcast gives it another way of engaging with its growing user base. The e-commerce giant's music service enjoyed rapid growth last year, outpacing Spotify with a 70 percent increase in subscribers in the last year. It's very likely gotten a leg up due to the popularity of Amazon's Echo speakers -- those who already own one can subscribe to the unlimited music streaming service for only $4 a month, though it's limited to just one Echo device. (Prime subscribers can get Amazon Music Unlimited on multiple devices for $8 a month.). Amazon Prime subscribers also receive Prime Music -- the basic tier which includes access to 2 million songs -- for free.

In this article: amazon, amazon music, amazon music unlimited, av, Comcast, comcast flex, entertainment, internet, x1
All products recommended by Engadget are selected by our editorial team, independent of our parent company. Some of our stories include affiliate links. If you buy something through one of these links, we may earn an affiliate commission.