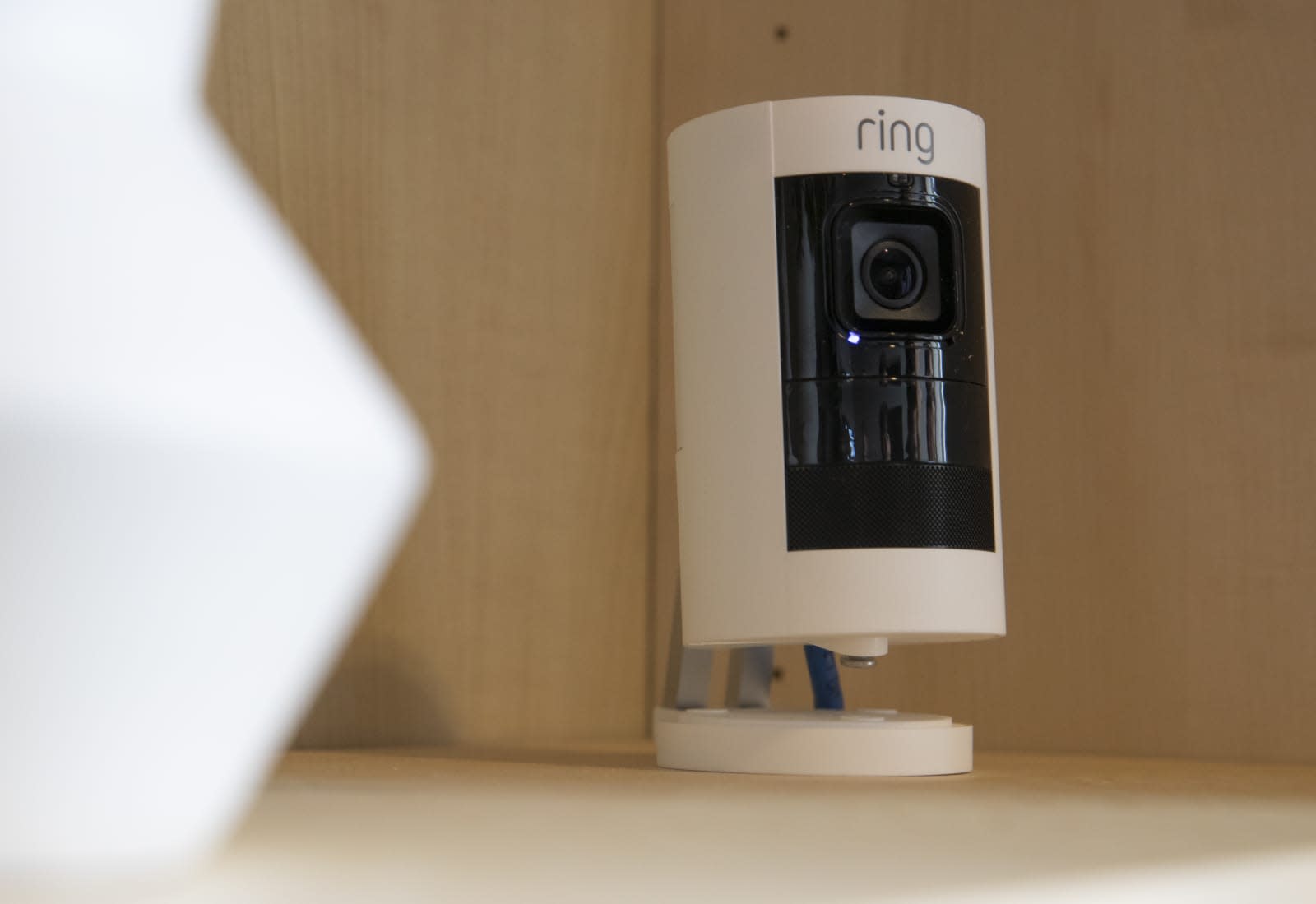 Amazon's Ring security service is working 200 law enforcement agencies, according to an email obtained by Motherboard. A few days ago, the publication learned that Ring forged partnerships with law enforcement agencies. Some of those partner agencies are reportedly required to advertise Ring home security cameras in exchange for free units and for access to an anonymized portal that allows them to request security footage from users. A Ring spokesperson denied that the program was supposed to be a deep, dark secret, but the company never disclosed the number of partnerships it maintains.

The email dated April 16th reportedly contains notes taken during a Ring webinar by the Waynesboro, Virginia chief, who then it sent to himself with the subject line "Neighbors by Ring notes." According to those notes, 200 law enforcement agencies nationwide are using Ring's "Law Enforcement Neighborhood Portal." Ring says law enforcement can only make a request to users in a certain area when investigating an active case. While they can only get the footage with the owner's consent, they don't need warrant to make a request. The company also says it helps facilitate these requests, but nothing is shared without user consent.

"We're proud of our partnerships with law enforcement agencies across the country, but have also taken care to design these partnerships in a way that keeps our users in control," a Ring spokesperson told Engadget via email. "Every decision we make at Ring centers around privacy, security and user control. While Law enforcement partners can submit video requests for users in a given area when investigating an active case, Ring facilitates these requests and user consent is required in order for any footage or information to be shared. Law enforcement cannot see how many Ring users received the request, declined to share or opted-out of all future requests."

It's not entirely clear which among the 200 agencies are obligated to reach out to local residents in an effort to promote the Ring cameras. One of biggest the issues being raised about the partnership, aside from the fact that it's pretty much encouraging the creation of local surveillance networks, is that Ring's app has racial profiling issues. As Motherboard notes, the app gives people a way to post Suspicious people or Strangers to their communities, and most reports target people of color.

"These joint efforts have led to amazing stories driven by community members coming together to have real conversations about what's happening in their neighborhoods, and if they choose, directly engaging with their local law enforcement as well," the Ring statement continued.

Update 7/31/19 12:09PM ET: This post has been updated to clarify law enforcement must request access to users before obtaining any footage or information. We've also added a statement from Ring.

In this article: amazon, gear, law enforcement, ring, security
All products recommended by Engadget are selected by our editorial team, independent of our parent company. Some of our stories include affiliate links. If you buy something through one of these links, we may earn an affiliate commission.