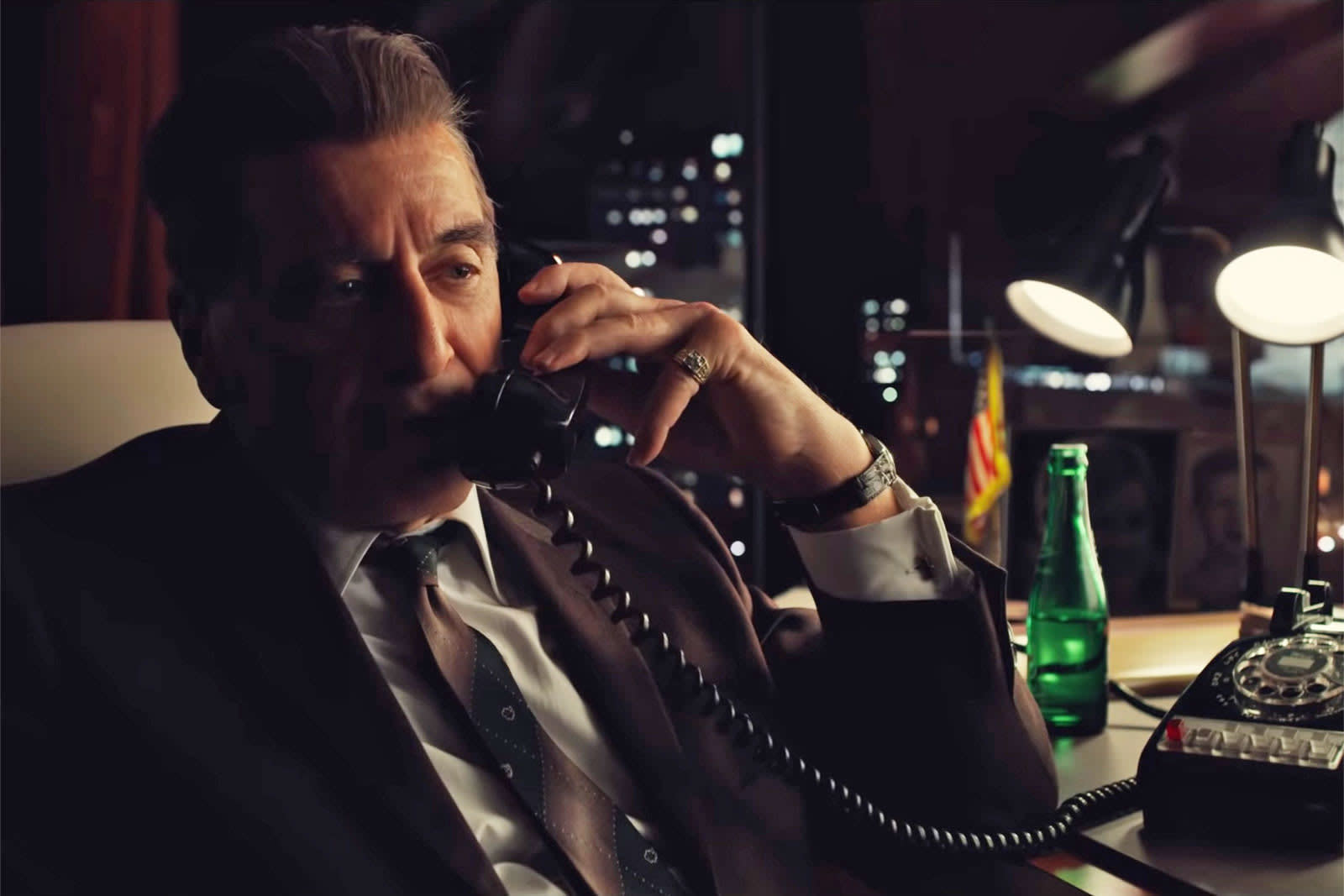 If there was any doubt that Netflix was hunting for awards with Martin Scorsese's The Irishman, it just got erased. The streaming service has released a teaser (really, a first trailer) for the mob epic, and it's clear the movie is a callback to Scorsese classics like Goodfellas and Casino in more ways than one. There's the premise, for a start -- it shows the evolution of the Mafia over decades through the perspective of the hitman who claimed to have killed Jimmy Hoffa. However, it's the acting talent that's on clearest display here.

The title has Robert De Niro playing the movie's namesake character (Frank Sheeran), while Al Pacino plays Hoffa and Pesci performs as Rthe mob boss who allegedly ordered Hoffa's death. And they all appear to be in top form -- they know they're in a high-profile movie from a legendary director. The movie also includes well-known actors like Anna Paquin, Harvey Keitel and Ray Romano, just in case it wasn't already clear that this is a major movie.

This is still a gamble for Netflix when The Irishman's budget reportedly topped $200 million. The trailer suggests Netflix's trust might have been well-placed, though, and that it might be this year's Roma -- that is, the movie virtually destined to pick up some Oscars. Netflix might need a title like this, too. The service hasn't been growing as expected, and it's about to face stiffer competition from upcoming rivals like Apple TV+, Disney+ and HBO Max. A must-see movie could reduce the chances that viewers supplement or replace Netflix once these newcomers arrive.

In this article: al pacino, entertainment, internet, joe pesci, martin scorsese, movie, movies, netflix, robert de niro, services, streaming, the irishman, trailer, video
All products recommended by Engadget are selected by our editorial team, independent of our parent company. Some of our stories include affiliate links. If you buy something through one of these links, we may earn an affiliate commission.