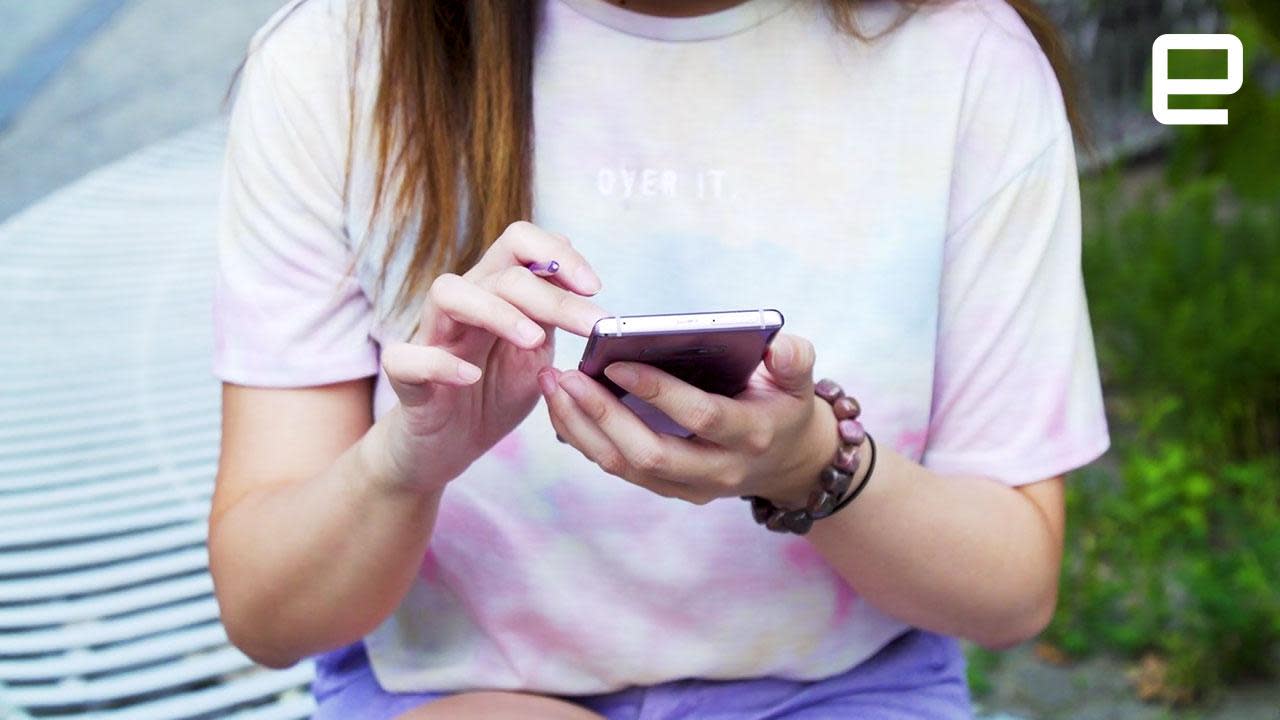 When Samsung unveiled the Note 9 a year ago, I was surprised by how much I liked it. Sure, it didn't bring many fresh features -- mostly just refinements in areas where the Note line already excelled. There was more power than before, longer battery life, a larger display and more built-in storage. Plus, some camera improvements made the Note 9 more capable in low light. These upgrades are pretty much a given with any new smartphone, though.

More interesting was the fact that Samsung also added Bluetooth to the Note's hallmark stylus turning the S Pen into a remote control. It might have seemed like a minor tweak at first, but once I saw the benefits that brought for selfie shooting and music playback, I was sold. A solid phone with a novel way to use a well-established accessory? Who could argue with that?

In hindsight, I might have been blinded by something new and shiny. Things that didn't seem like a problem at launch became more irksome a year later. For example, the Note 9 shipped with Android Oreo, which was outdated even then. Pie finally started rolling out to the Note earlier this year, but now Android Q is right around the corner. And who knows how long it'll be before it comes to the Note 9? And, honestly, I still don't love Samsung's UI. I've been spoiled by the clean, pristine version of Android offered on the Pixel.

There are still things I like about the Note 9, though. When I was first introduced to the S Pen's new Bluetooth-enabled features, It seemed like a stroke of genius. Shoot group selfies from a distance! Pause your music with a click! It seemed that if more developers came onboard and coded their apps to take advantage of the trigger, the pen's remote control tools would become much more useful. It might also make the Note more appealing to a mainstream audience beyond the artist or power user who typically buys it.

But as we all have to learn in life, just because something has the potential to do well that doesn't mean it will. Since its launch last August, the S Pen hasn't gained many remote control skills at all. I still think the addition of Bluetooth made sense, but one year later it seems much less important.

Sure, I liked these new features, but I wasn't lost without them. There was a brief period where I definitely missed having the option to take a selfie from further away but setting a timer on any other smartphone is a fine substitute. The stylus only makes it easier to change cameras and take multiple shots from afar.

Once the novelty wore off, I didn't use the S Pen very much other than to occasionally navigate the Note 9's large display, scribble some notes or mark up documents. The number of times I did were ultimately too few to convince me to stay with such a big phone. Honestly, my Pixel 3 feels like a good size. The only times I really wanted that bigger screen were when I was reading documents, scrambling to write scripts on the train or playing games that required precise tapping. But even if I needed a more spacious panel, I could opt for the Pixel 3 XL instead of the Note 9 and not feel like I was missing much. 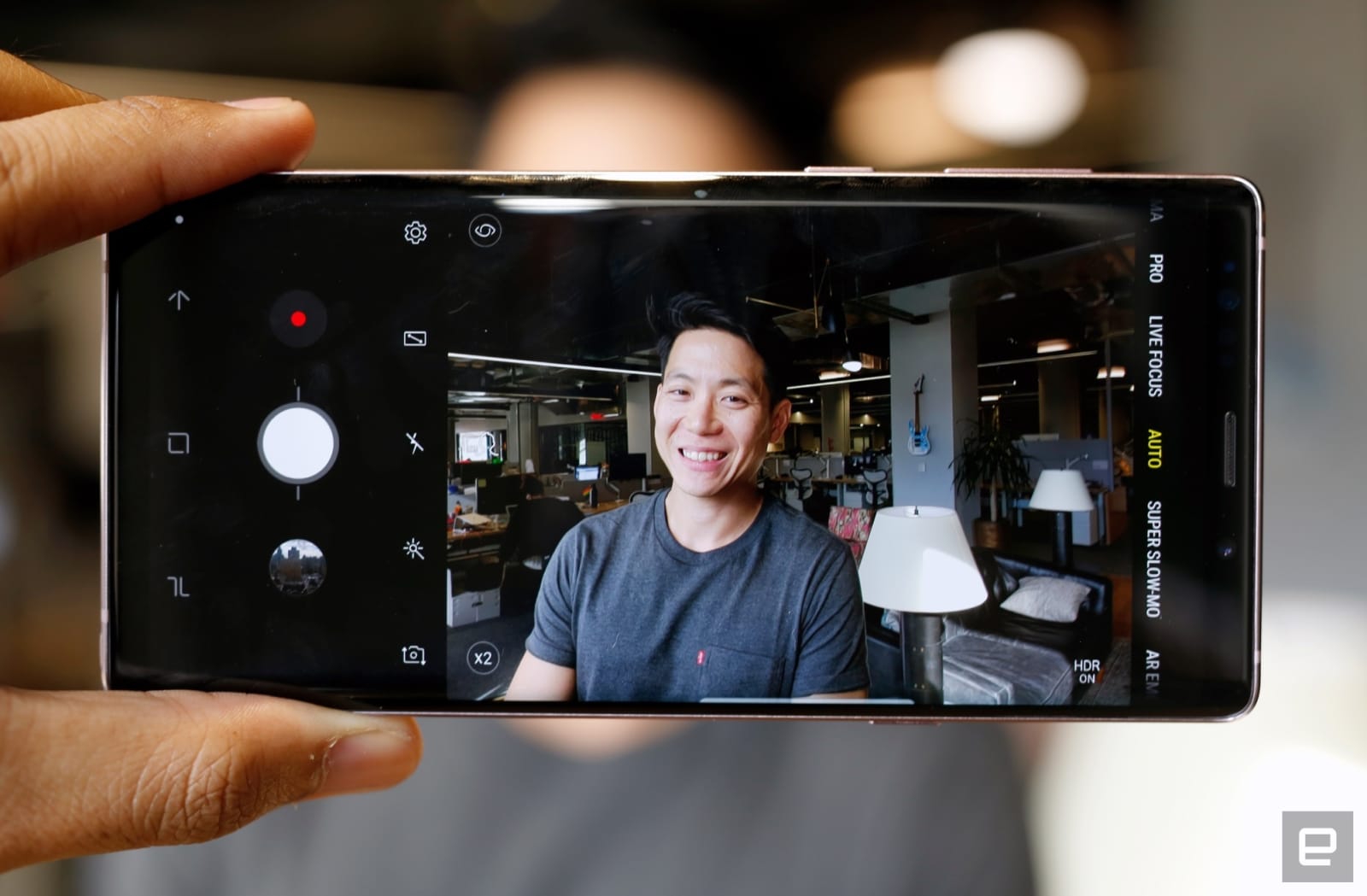 Another thing that's become increasingly clear: The Note 9's cameras are underwhelming. In a world where the Pixel 3 and the Huawei P30 Pro exist, the Note 9's camera is merely decent. We published a face-off late last year between the iPhone XS Max, Pixel 3 XL, Huawei Mate 20 Pro and the Note 9, and Samsung's device ranked nearly last. If you had bought the Note 9 purely for its cameras, you would have been disappointed about two months later when Google launched the Pixel 3, which still takes some of the best pictures I've seen from a smartphone.

Samsung also fails to measure up to Google on digital assistants. As I said when I first reviewed the Note 9, Bixby is inept. And it still feels like a slow, feeble version of Google's Assistant. Samsung has rolled out a few Bixby updates but I'm at a point where I'm so skeptical of its ability to do anything right that I hesitate to use it at all. Even if Samsung has managed to make Bixby better at basic tasks -- like correctly interpreting my dictation and sending my messages to the right contacts -- Google is so far ahead of the competition that I find myself longing for the Assistant. Sure, it takes time to build up faith in a digital helper, but Bixby may just have burned me one time too many.

The good news is, I can ignore Bixby and still enjoy the Note 9 as a phone. There's nothing inherently bad about it. It's still a speedy, long-lasting beast of a handset that power users and digital artists will appreciate. But the things that stood out to me at the beginning, like the S Pen's remote controls, didn't end up being features I used consistently.

If you aren't as impressed by a big screen and a nifty stylus, the Note 9 might feel like a letdown after a year. And if that's the case, based on the company's track record, the Note 10 probably isn't going to change your mind. Samsung generally gets the basics right, so you'll always have a fundamentally good phone. But as we've learned, the fun new features it introduces have often turned out to be distractions and not life-changing in the long run. So when you're debating whether to upgrade to the Note 10, pay attention to the features you'll really need, not the ones that seem whimsical or neat. Chances are, you don't have to upgrade to the new phone unless your current one has seriously deteriorated.

In this article: gadgetry, gadgets, galaxy, Galaxy Note 10, galaxy note 9, gear, mobile, note 9, samsung, samsung galaxy note 9, smartphone
All products recommended by Engadget are selected by our editorial team, independent of our parent company. Some of our stories include affiliate links. If you buy something through one of these links, we may earn an affiliate commission.