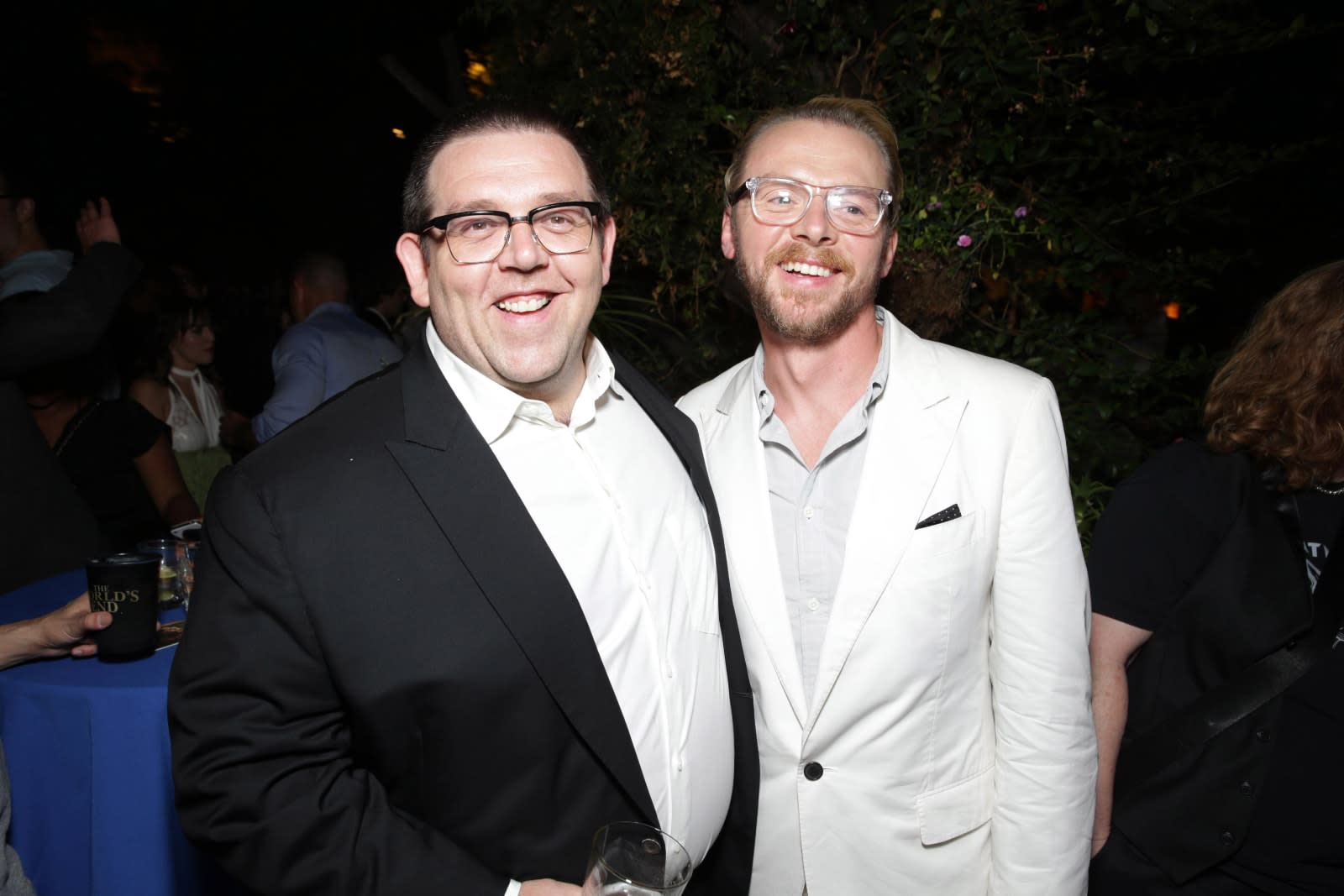 The next team-up between Simon Pegg and Nick Frost will take place online. Amazon has snapped up the rights to Truth Seekers, a "comedy-horror" Prime Video series about paranormal investigators who unearth a conspiracy that threatens humanity. Frost will play one half of the investigative duo, while Pegg is playing a currently mysterious character Dave. It's the first episodic project from the two stars' production company Stolen Picture, and they'll co-write the series alongside veterans Nat Saunders and James Serafinowicz.

Before you ask: no, Edgar Wright isn't directing. That distinction will go to Jim Field Smith, best known for BBC shows like Episodes, Stag and The Wrong Mans. The project therefore won't satisfy people hoping for a series equivalent to Cornetto trilogy movies like Hot Fuzz, but the talent attached to it is still promising.

The series starts production in September, with the order delivering a relatively brief run of eight half-hour episodes.

This isn't Amazon's first comedic purchase this summer. It scored a comedy series from Girls Trip's Tracy Oliver in July. It is the latest in a string of big show deals from the internet giant, though, and suggests that Amazon still has little trouble finding shows with star power.

In this article: amazon prime video, entertainment, internet, nick frost, prime video, services, simon pegg, stolen picture, streaming, television, truth seekers, tv
All products recommended by Engadget are selected by our editorial team, independent of our parent company. Some of our stories include affiliate links. If you buy something through one of these links, we may earn an affiliate commission.