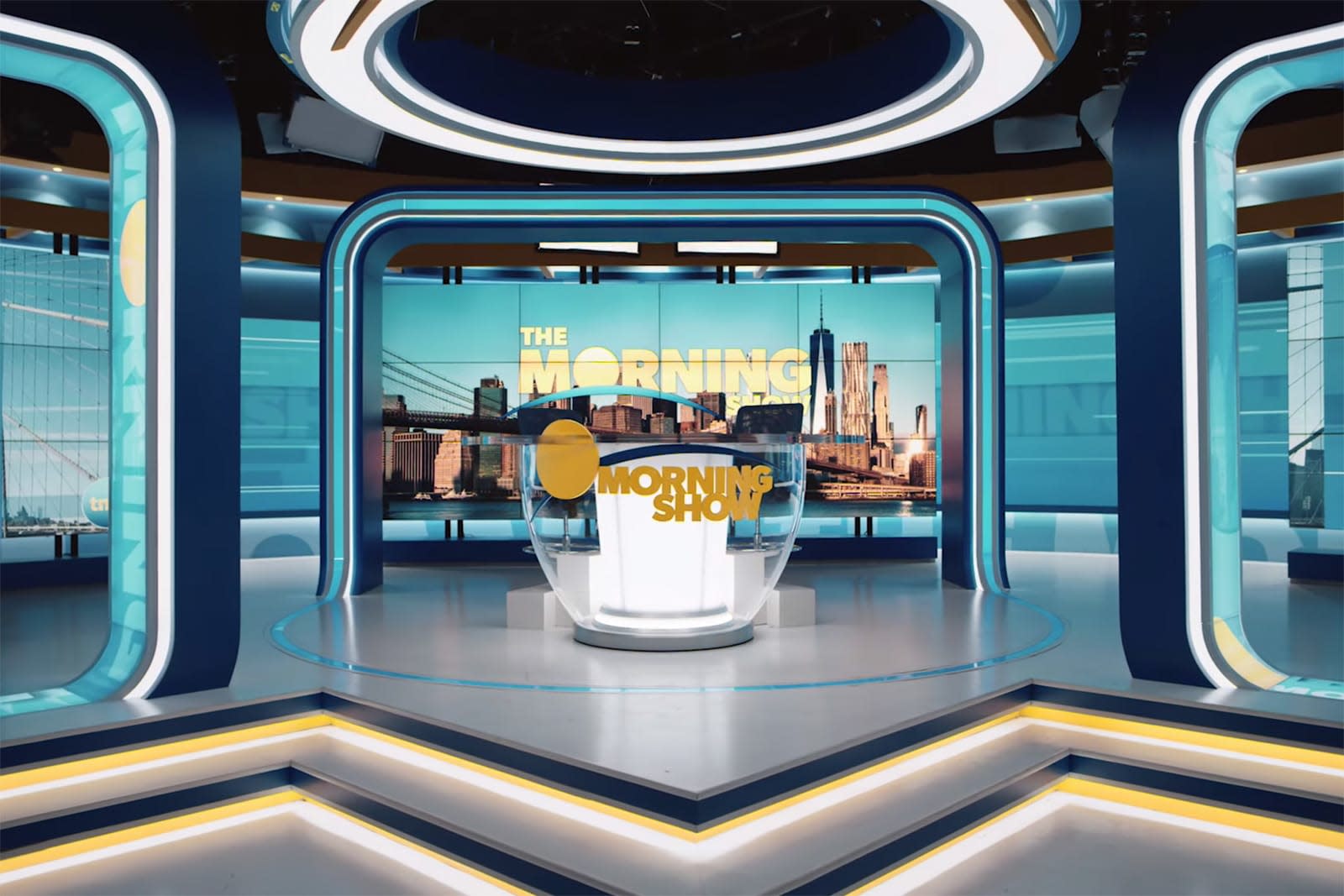 Apple is finally ready to offer a peek at its TV+ tentpole series The Morning Show... if only a brief one. The tech giant has released a teaser trailer that doesn't reveal any actual scenes, but makes it patently clear that there will be a lot of tension beyond the superficial pleasantness of the show-within-a-show. The characters played by Jennifer Aniston, Steve Carell and Reese Witherspoon all talk about wanting honesty. However, there's an undeniable power struggle at work -- don't expect them to find peace any time soon.

This isn't Apple's only major production. The company does have more confidence in The Morning Show than most, though, having ordered two seasons well before the fall launch of Apple TV+ itself. To a degree, teasers like this are a reflection of that confidence on top of the expected attempt to build up hype. It believes it already has a hit on its hands, and it wants you to know this.

In this article: apple, apple tv+, entertainment, internet, jennifer aniston, reese witherspoon, services, steve carell, streaming, teaser, television, the morning show, tv, video
All products recommended by Engadget are selected by our editorial team, independent of our parent company. Some of our stories include affiliate links. If you buy something through one of these links, we may earn an affiliate commission.