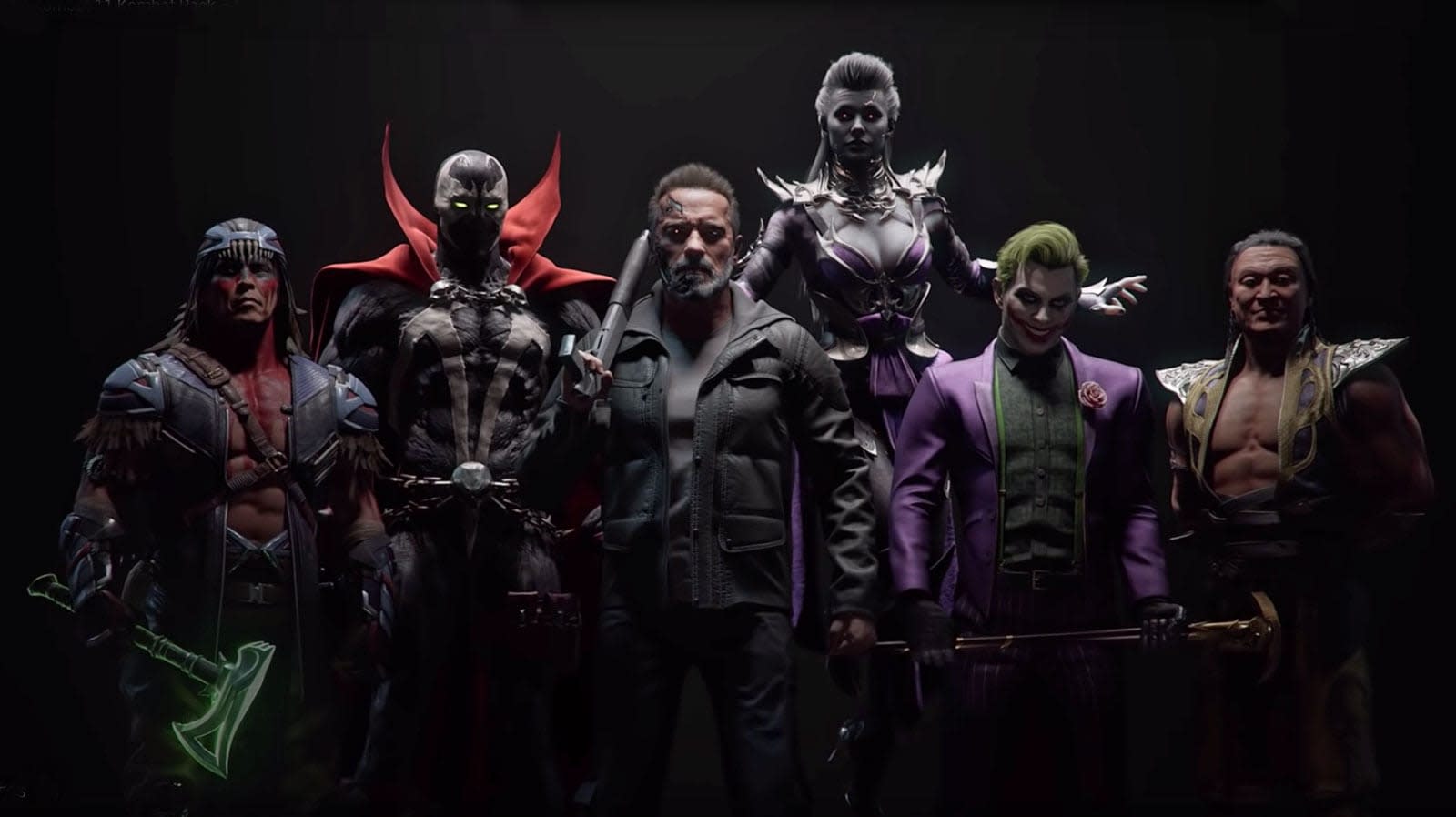 Warner Bros. and NetherRealm Studios rounded out the list of Mortal Kombat 11 Kombat Pack DLC characters with a pair of intriguing new fighters. The Terminator T-800 (with Arnold Schwarzenegger's likeness) and Batman's nemesis The Joker are making their way to the game. And no, Mortal Kombat 11 hasn't suddenly morphed Shang Tsung-style into Injustice 2, which is full of DC characters and some Mortal Kombat fighters.

In fact, franchise stalwart Shang Tsung was one of the previously announced combatants for the DLC pack, along with fellow series regulars Nightwolf and Sindel, and Todd McFarlane's iconic comic book character Spawn. Nightwolf and Shang Tsung have already joined the lineup. Terminator T-800 will be available October 8th, while Sindel arrives November 26th.

You'll have to wait until January 28th until you can play as The Joker, and March 17th to wreak havoc with Spawn. They'll be available separately, though the $40 Kombat Pack (which is included with the Mortal Kombat 11 premium edition) also includes an array of character skins and gear sets, along with one-week-early access to the new fighters.

NetherRealm has a bit of a history of including fun, unexpected fighters in the series. DLC characters for Mortal Kombat 10 included Jason Voorhees, Predator, the Xenomorph from Alien and The Texas Chainsaw Massacre's Leatherface.

In this article: art, av, dlc, gaming, mortal kombat 11, mortalkombat11, netherrealm studios, netherrealmstudios, terminator t-800, the joker, the terminator, thejoker, theterminator, warner bros, warnerbros
All products recommended by Engadget are selected by our editorial team, independent of our parent company. Some of our stories include affiliate links. If you buy something through one of these links, we may earn an affiliate commission.