Motorola's next One phone might have 5X 'hybrid' zoom

It will also have an affordable $500 price tag.

It looks like you won't have to spend $1,100 to get a phone with serious camera capabilities. Based on newly uploaded renders and a recent report from WinFuture's Roland Quandt, Motorola plans to release the Moto One Zoom, a smartphone with four cameras and a modest price tag.

According to Quandt, the phone features a primary 48-megapixel sensor. The camera uses a pixel-binning technique to combine four sensor pixels into a single pixel, which increases the light-gathering capabilities of each 'individual' pixel. The idea here is that the One Zoom will deliver the best of both high-resolution and low-resolution sensors by adapting to the amount of available light. At least that's the theory. The OnePlus 7 Pro uses the same technique, but delivers mostly mediocre shots. 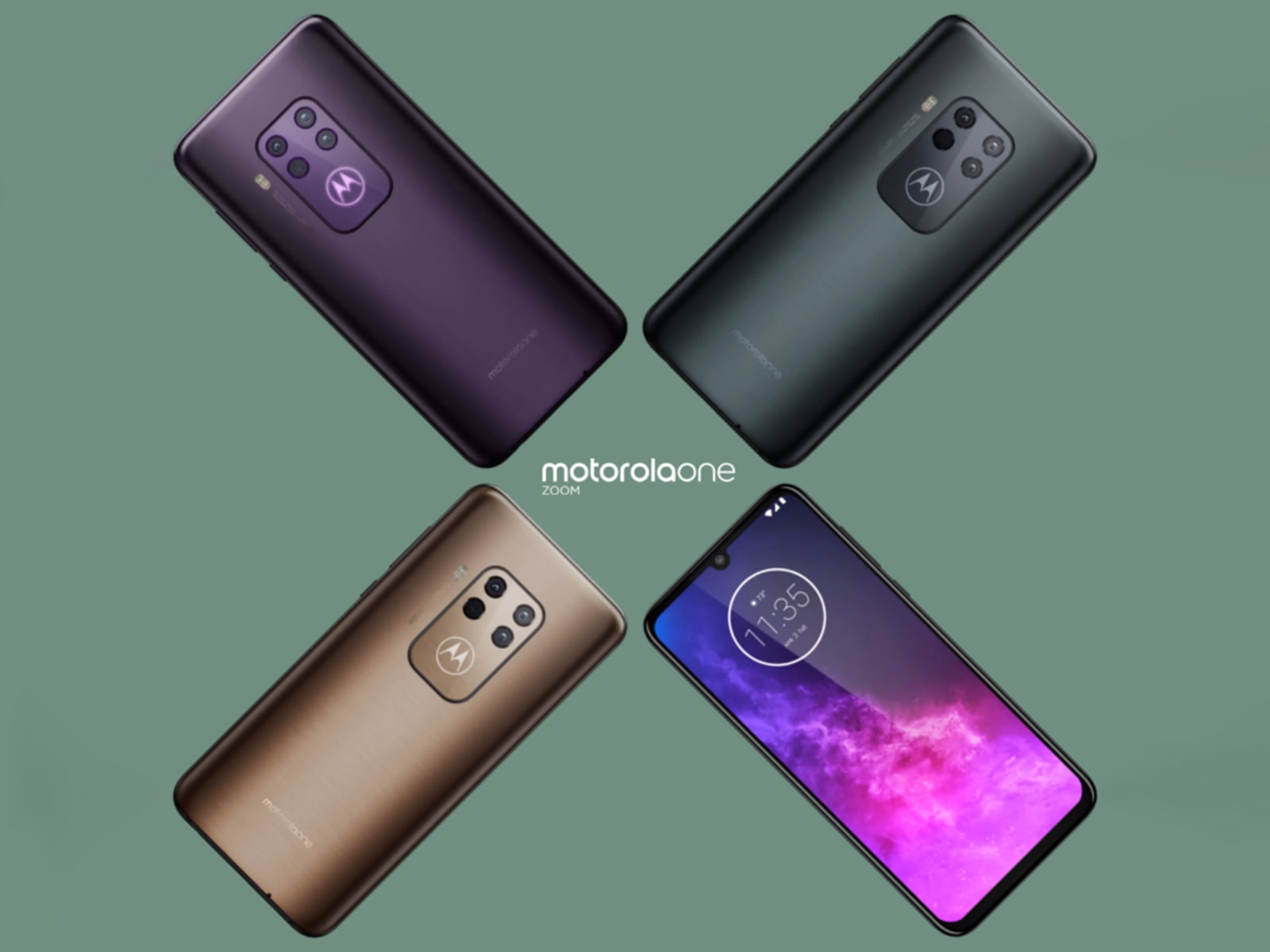 Complimenting the main sensor is a telephoto lens that will provide 2 to 3x optical zoom. With the help of software, it will be able to do 5x hybrid zoom. There's also a wide-angle lens with a 117-degree field of view and a depth sensor, giving the phone an effective 35mm-equivalent focal length range of 13 to 81mm.

Despite what its name suggests, Quandt notes Motorola is unlikely to market the One Zoom as an Android One device. The renders of the One Zoom appear to corroborate this fact. If you compare the One Zoom with the One Action, the latter has "Android One" printed on its back. The back of the One Zoom, meanwhile, says "Motorola One." Still, the phone is expected to cost just €429 (around $476). We'll have to see how the Moto One Zoom's cameras perform in person. On paper, however, it looks like they'll deliver a camera experience that compares favorably to much more expensive phones like the Note 10+.

While there's no word yet on whether Motorola will release the One Zoom in the US, the company is likely to share more once IFA Berlin starts on September 6th.