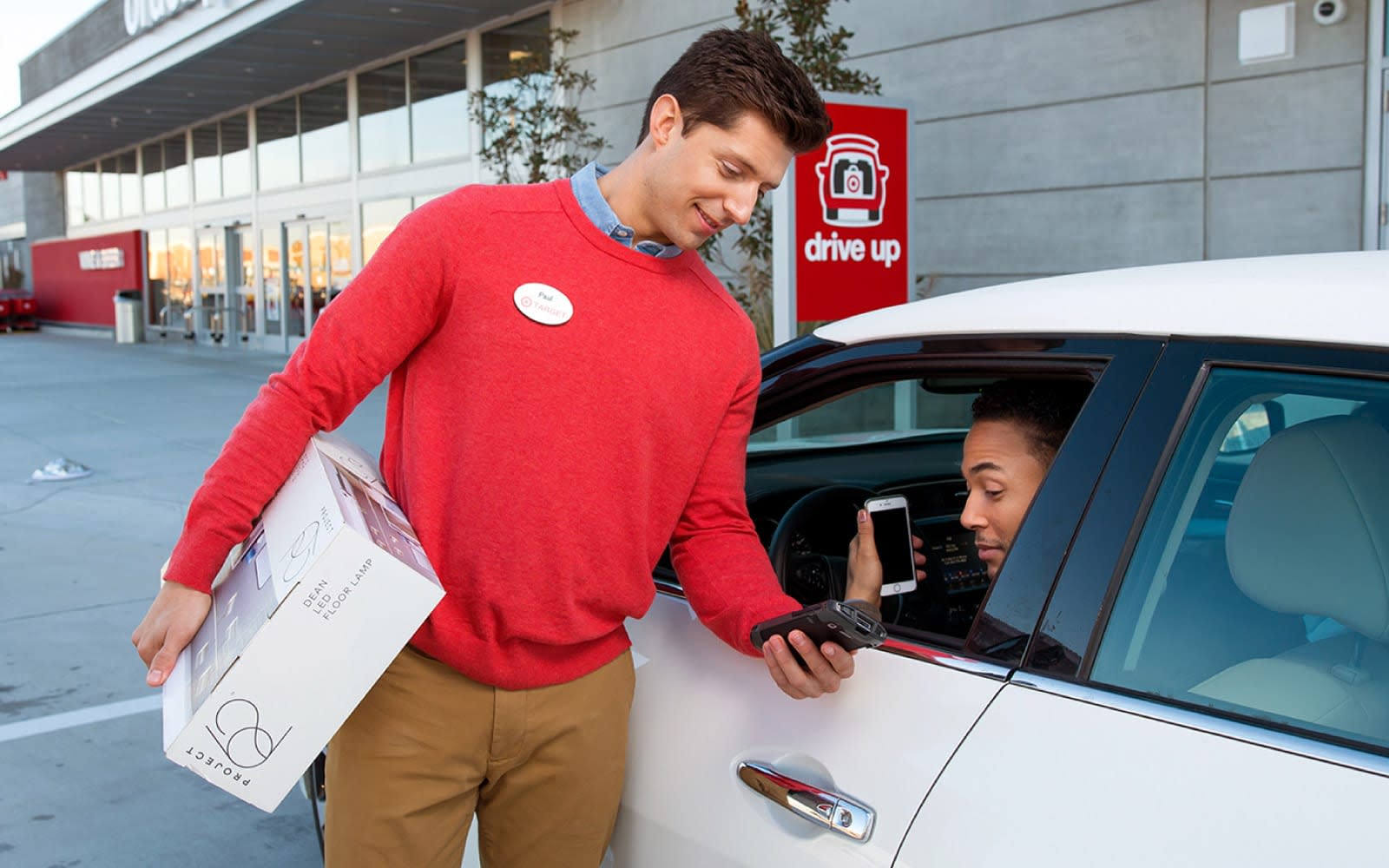 Target's same-day Drive Up service is now available across all 50 states in the US. If you've never used Drive Up before, the service allows you to order items through the retailer's mobile app and then pick them up at a designated parking spot at your local Target store. Once you're at the store, a Target employee will bring your order to your car.

With today's expansion, Drive Up is available at 1,750 Target retail locations nationwide, including at stores in states where the service was previously unavailable: Alaska, Hawaii, Washington, Oregon, Idaho, North Dakota, South Dakota, Montana and Wyoming. As part of the expansion, first-time Drive Up customers will receive free product samples, while supplies last, as a way to encourage people to try out the service.

After a pilot in Minneapolis and St. Paul in 2017, Target officially launched Drive Up in 2018. Since then, the footprint of the service has grown dramatically, with the company's most recent expansion before today making Drive Up available at 1,550 stores nationwide. Additionally, what started as a two-hour delivery service now typically has orders ready within an hour. Drive Up has been so successful that Amazon has felt pressure to match Target. In June, the company announced a partnership with Rite Aid that will offer Amazon customers free in-store pickup at 1,500 Rite Aid drug stores across the US before the end of the year. By then, Target plans to roll out Drive Up to the majority of the 1,855 stores the company operates across the US.

In this article: amazon, amazon counter, business, delivery, Drive Up, ecommerce, gear, services, Target
All products recommended by Engadget are selected by our editorial team, independent of our parent company. Some of our stories include affiliate links. If you buy something through one of these links, we may earn an affiliate commission.