Rockstar is adding a trio of new roles, including trader and collector.

Rockstar Games will roll out its next big update for Red Dead Online September 10th. It will add a trio of roles (or Frontier Pursuits) to the game, bringing more RPG aspects to the multiplayer element of Red Dead Redemption 2.

As Rockstar revealed in early August, you'll be able to play as a bounty hunter, trader or collecter. Each role offers unique abilities, equipment and clothing. Whenever you complete a task or mission tied to each role, you'll receive experience points. Depending on your Frontier Pursuit, tracking down a bounty or finding a collectible item will help your progression through the ranks. Over time, you'll unlock more skills and upgrades as well as access to free roam events that are unique to each role. 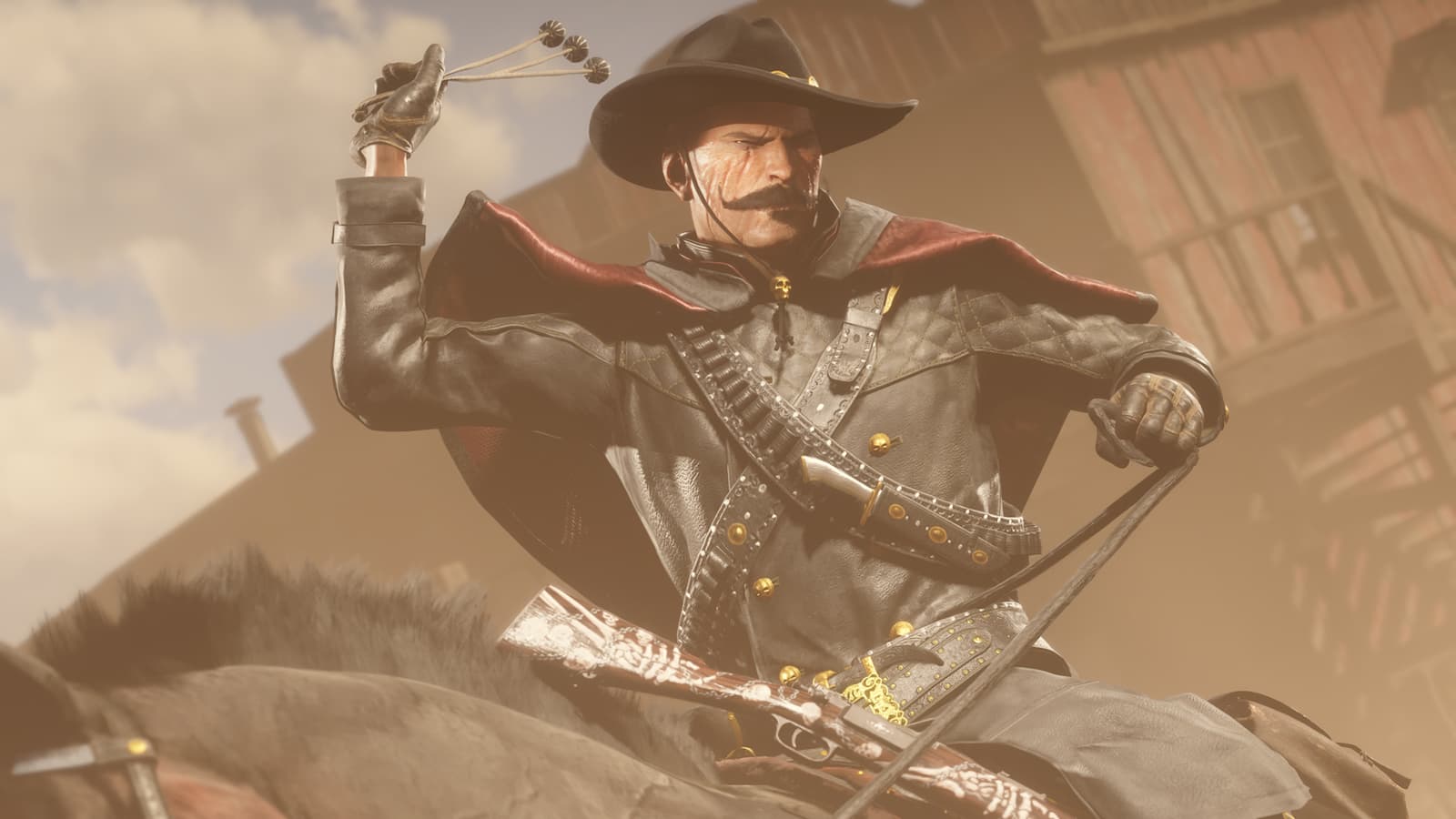 If you'd like to play as a bounty hunter, you can purchase a license for said role from the Legendary Bounty Hunter in Rhodes for 15 gold bars. Alternatively, Rockstar is offering the license for free if you have a Twitch Prime subscription and link your Twitch and Rockstar Games Social Club accounts by September 8th. Once you reach rank 12, you'll have the option to hunt down other players who have a bounty of at least $20 on their heads.

Among the abilities you'll be able to take advantage of as a bounty hunter are Focus (through which targets glow red when you use the Eagle Eye focusing option) and a reinforced lasso. You can also use a bola to tie up your targets' legs and Eagle Eye+, which allows you to track enemies when you're galloping on your horse or sprinting.

PS4 players will get free access to the Butcher's Table (which also usually costs 15 gold bars). That unlocks the trader path. In this Frontier Pursuit, you'll help your camp companion Cripps set up a trading post by, for instance, hunting animals for pelts and transporting goods. You'll also be sent to "acquire additional necessities through less-than-savory tactics," Rockstar said. 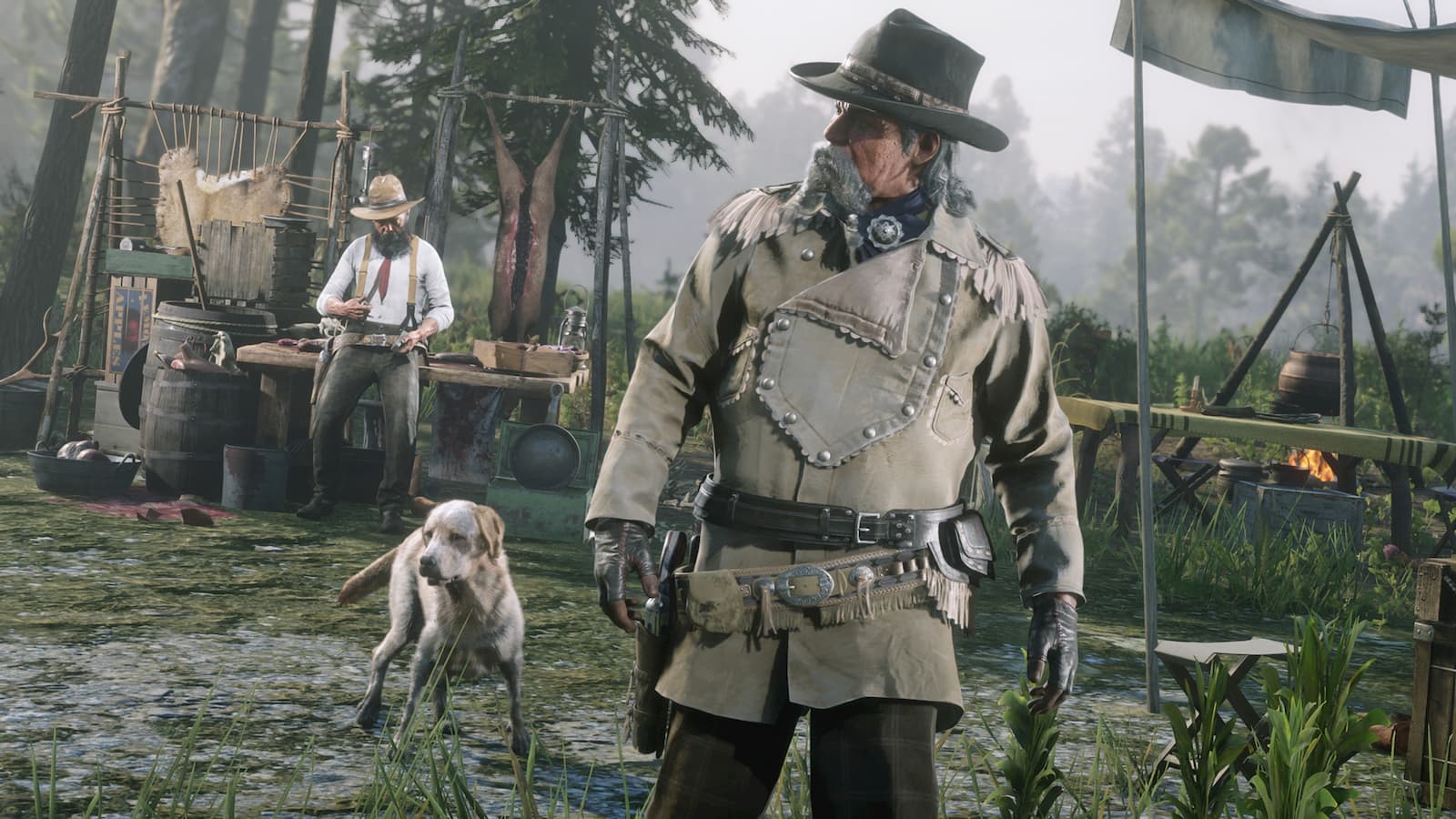 Trader skills include an ability to identify rival trader wagons from further away and training your dog to warn you when thieves are trying to raid your camp. You'll also get access to a storage locker for weapons, a stew pot that unlocks recipes and a satchel upgrade to store more ingredients.

To set forth on the collector's Frontier Pursuit, you'll need the Collector's Bag. Again, that'll cost 15 gold bars -- unless you've found all 54 hidden playing cards in GTA Online. In this career path, you'll search for valuable items and buried treasure. You'll unlock more skills that'll help with your hunt for items as you progress.

Outside of the Frontier Pursuits (which Rockstar will add more of in the future), the developer is refining combat and movement, while introducing some Red Dead Online quality-of-life updates. For instance, you'll be able to redesign your character's appearance without progress being reset and earn more money when you sell jewelry. There'll be less reliance on headshots in player vs. player combat, while Rockstar will try to keep things fresh with more daily challenges, including ones tailored to each role.

All products recommended by Engadget are selected by our editorial team, independent of our parent company. Some of our stories include affiliate links. If you buy something through one of these links, we may earn an affiliate commission. All prices are correct at the time of publishing.
'Red Dead Online' players can pick up work as bounty hunters next week
av
gaming
red dead online
red dead redemption 2
reddeadonline
reddeadredemption2
rockstar games
rockstargames
rpg