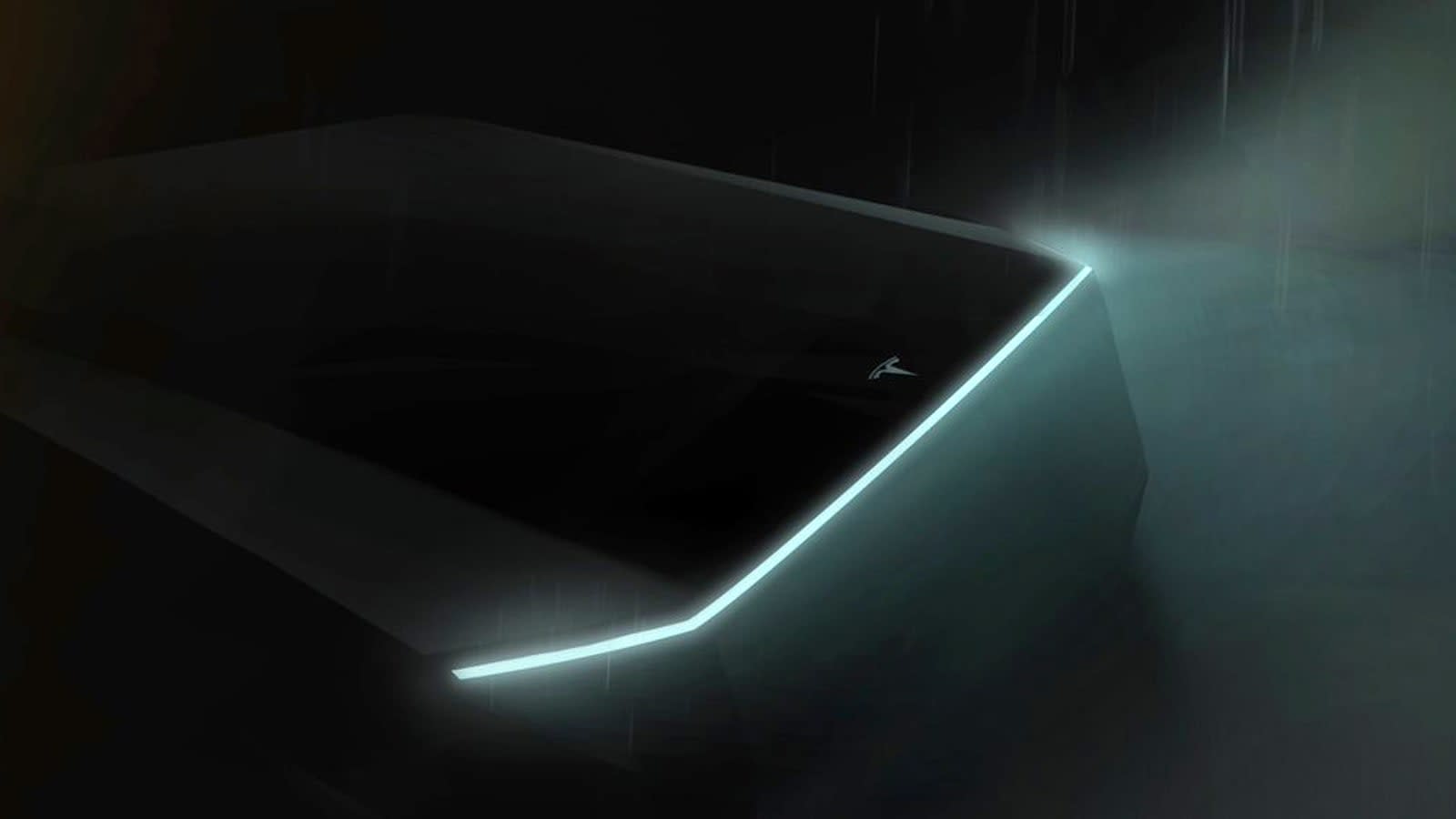 Tesla missed its goal of unveiling its electric pickup truck this summer, but it does have some idea of when to expect its smaller cargo hauler. Elon Musk told Twitter followers that the electric pickup's reveal will "most likely" take place in November. We'd take that with a grain of salt -- remember how Enhanced Summon is still a no-show 10 months after Musk said it was coming in six weeks? Still, it shows that Tesla is bent on showing the truck before 2020 arrives.

The truck mostly remains a mystery. Tesla has hinted at a "cyberpunk" design (you're looking at a teaser above) that will purportedly offer the carrying ability of a Ford F-150 and the performance of a base Porsche 911, but not much more than that. The EV maker has strong incentives to show more, at least. Challengers like Rivian are working on electric pickups of their own, and Ford's electric F-150 prototype is undoubtedly a shot across Tesla's bow. The sooner Tesla can unveil its fabled pickup, the sooner it can steal the thunder from its rivals.

In this article: electric car, electric vehicle, ev, gear, green, pickup, pickup truck, tesla, transportation, truck
All products recommended by Engadget are selected by our editorial team, independent of our parent company. Some of our stories include affiliate links. If you buy something through one of these links, we may earn an affiliate commission.