A strong selection of exclusives makes the service a no-brainer for Apple owners.

Despite being just $5, Apple Arcade still seems like a tough sell for some gamers, who are already bombarded with other monthly services like Xbox Game Pass. And I'll admit, as someone who doesn't spend much time on mobile games these days, there wasn't much about the service that truly excited me when Apple announced it in March. Sure, a library of mobile games that you can easily play across iOS devices, Macs and the Apple TV sounds nice, but I've already got way too much to play on other platforms. After spending some time with a few of Apple Arcade titles last week, though, I'm convinced it'll delight diehard gamers and casual players alike. Yes, there's a lot more than Frogger to choose from.

Each of the six games I played offered a few unique elements -- like a gameplay mechanic or gorgeous visuals -- that immediately made me want to play more. That was particularly surprising, since I typically only get into one or two mobile games a year. In one fell swoop, Apple gave me six games that intrigued me. Instead of being just a lazy play for gamer coins, it's clear that Apple is trying to build a service that shows off what its devices can do with truly innovative games. It might even be compelling enough to convince people to switch away from Android, something they'll have to do since Apple Arcade games are either exclusive to iOS or the service entirely. The fact that it's cheap and works across so many different devices is a nice bonus. 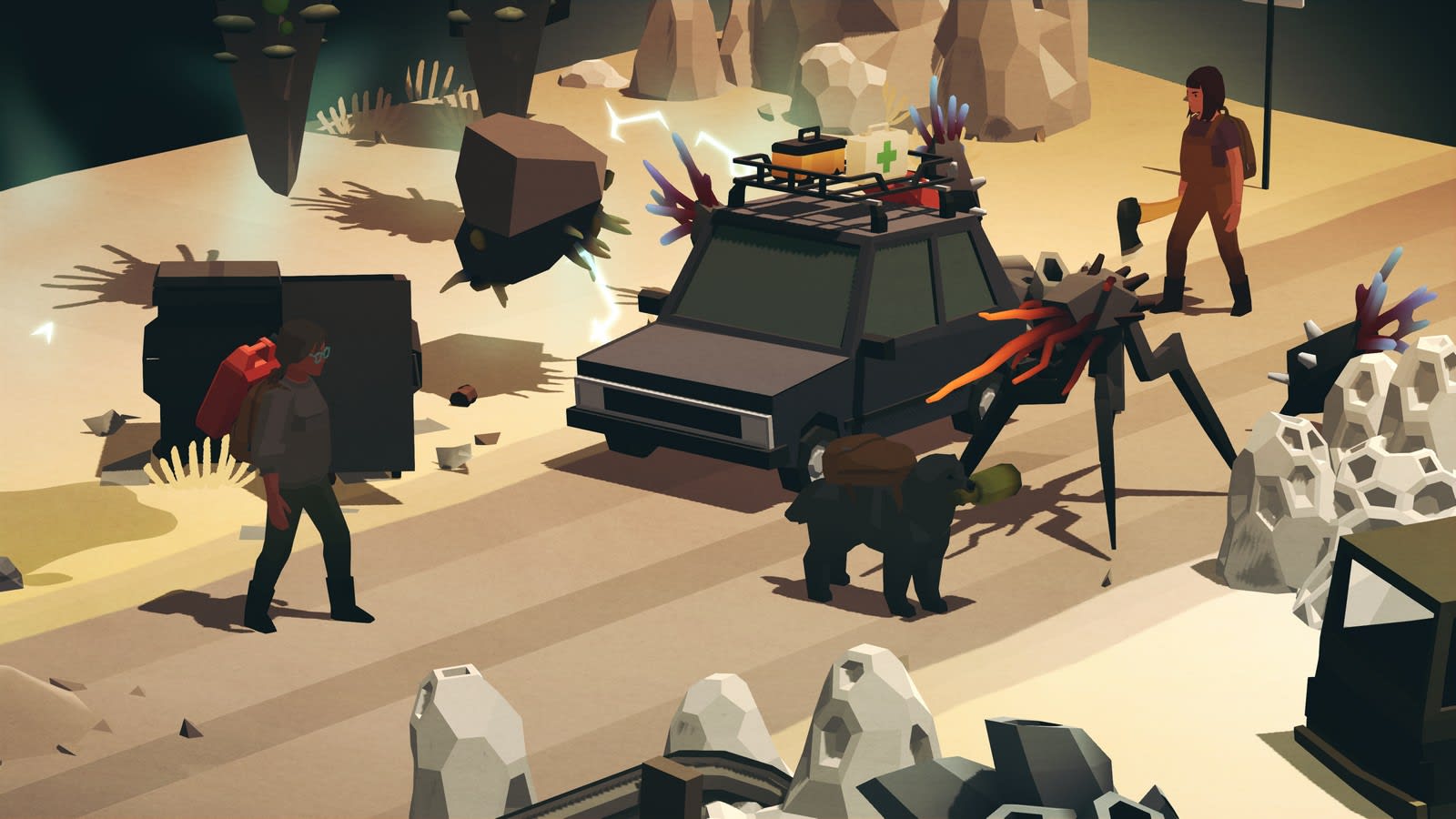 Take Overland, for example. It's a tactical turn-based survival game that has you exploring post-apocalyptic America while fighting monsters and helping out people along the way. Think Final Fantasy Tactics meets State of Decay with a bit of The Last of Us thrown in, and you'll get the idea of what the developers at Finji are going for. After playing for a few minutes, I was struck by its clean art direction and addictive gameplay (I'm a sucker for tactical games). I played it on an iMac using a PlayStation 4 controller (expanded gamepad support is coming to all Apple platforms), which is a scenario I never would have predicted sitting through a year ago.

While Overland will also be headed to every major console and PC as a standalone purchase, it seems like an absolute steal as one of 100 hundred games you'll get for $5 a month. On the Switch, it'll cost you $25! (Pricing for other platforms hasn't been announced yet.)

If you're more into traditional platformers, there's Capcom's Shinsekai Into the Depths, which has you exploring a waterlogged Earth in a high-tech scuba suit. While playing it on a TV over the Apple TV 4K with an Xbox One controller, the game felt indistinguishable from something I'd be playing on a typical console. It also felt more substantial than anything I've played on the Apple TV before (except for that excellent Chrono Trigger port).

Movement in Shinsekai is slow and deliberate, since it's all happening underwater. Still, there's enough fine control to maneuver around the screen easily during a huge boss fight. It evoked memories of playing Ecco the Dolphin and those undersea Sonic levels where you were anxiously searching for air bubbles. The game relies mostly on visual storytelling to guide you along -- there's no narration or text to explain much of what's happening -- but its post-apocalyptic world seems instantly compelling. As an exclusive to Apple Arcade (for now), Shinsekai seems built to attract gamers who grew up with Capcom's classic platformers.

For something completely different, there's Where Cards Fall, a pseudo-puzzle game from the developers at Snowman (Alto's Adventure) that has you moving and expanding virtual cards to be used as platforms. There's no action, per se -- with every level you're just figuring out how to arrange the card platforms to get out. Controls are built with touch screens in mind, you just tap to move your characters, drag cards around and use pinch and zoom gestures to expand and contract them. You'll be able to play it on the Apple TV with that box's remote, but Where Cards Fall seems best suited for the iPad, where you can drink in the gorgeous world with a decently sized screen and still have touchscreen controls.

While we don't know the terms of Apple's arrangements with Arcade developers, the company has said it'll support its partners in a variety of ways, from contributing towards development costs, to offering marketing and testing support. It's in Apple's best interest that every game on the platform shines, after all. Developers I've talked to think joining up with Apple Arcade is a safer bet than duking it out with the countless mobile games on iOS and Android. They won't be able to bank millions if their title happens to be a viral hit, but that's also a scenario that's exceedingly rare today. Most of these developers are also too small to pull an Epic and offer a massive title like Fortnite for free with in-game purchases. Instead, Apple Arcade is more like a safety net, allowing the developers to focus on being creative instead of worrying about pricing their games to extract the most profit and attract the most downloads.

The downside of this arrangement, of course, is that it restricts games to Apple's ecosystem. Some titles are completely exclusive to Apple Arcade, while others are exclusive to Apple devices, but will be available on consoles and other systems. Either way, Android owners will miss out.

At its best, Apple Arcade will encourage developers to cut loose and get weird. Take Sneaky Sasquatch from RAC7: You play as the aforementioned Bigfoot wandering around a forest and stealing food from campers picnic baskets. All the while, you're avoiding the nefarious park ranger, Yogi Bear-style. While it looks like an Animal Crossing-inspired title at first, the game eventually opens up in wild new ways. You'll be able to drive cars into town, wear human clothes to fool people (except that darn park ranger!) and even go skiing in a mountain resort. (The latter brings to mind the classic Windows game SkiFree, except now you're the sasquatch zooming down slopes.) 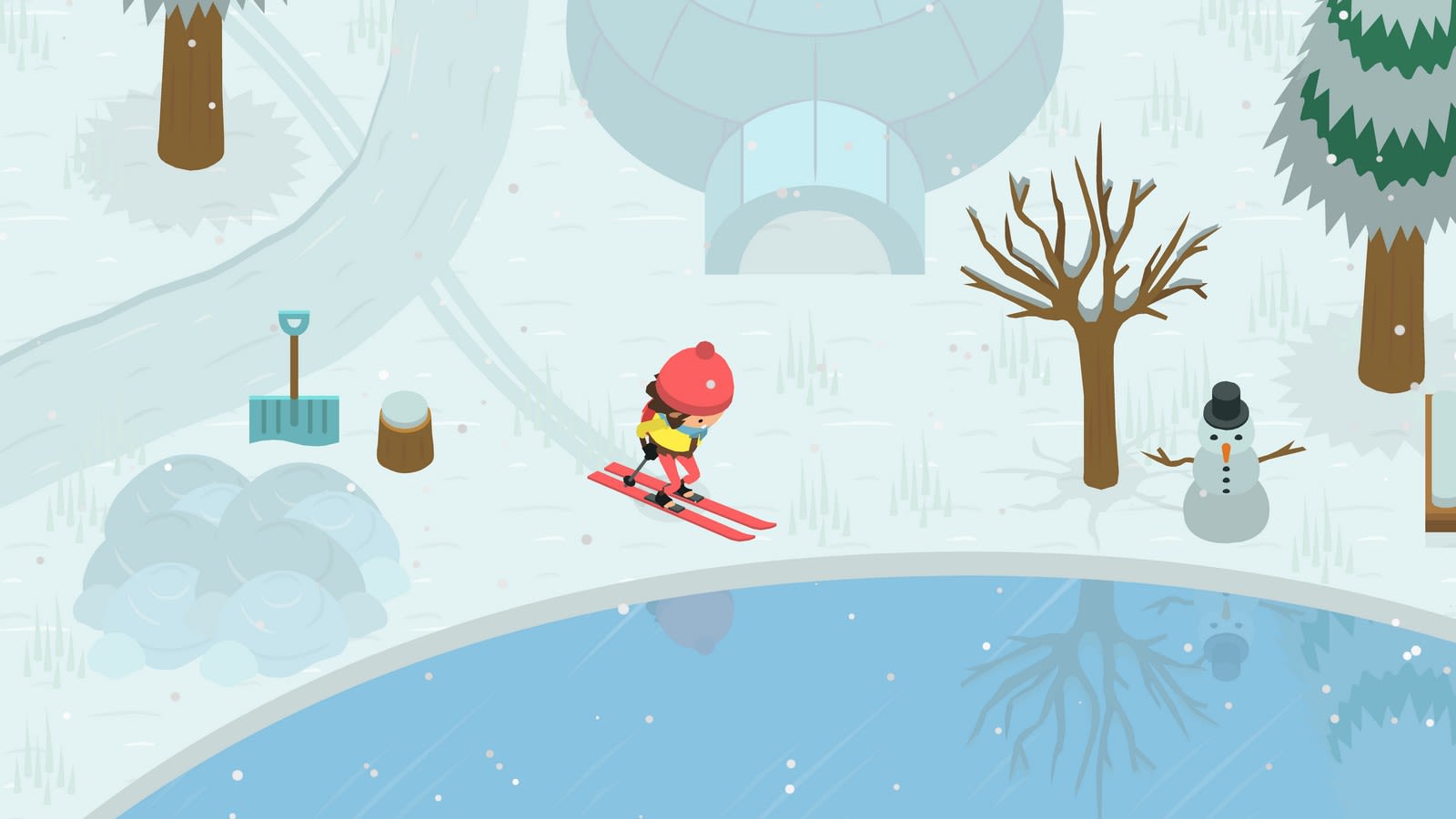 RAC7 also developed a unique puzzle game, Spek, where you rotate three-dimensional levels to collect fragments of a lost dimension (okay, they just look like dots). It's a simple idea at first, bringing to mind the likes of Fez, but it looks addictive. There's also an augmented reality mode, where you can physically walk around the puzzle to collect pieces. And unlike other AR games, like Angry Birds, you don't need anchor it to a flat surface. The puzzle will just float in the air, like a virtual chandelier. (Spek looks like something that would be perfect for the rumored Apple AR headset.)

These games alone make Apple Arcade seem like a no-brainer subscription for anyone with an Apple device. It's $5 for the entire family -- the price of many individual mobile games -- it already has a handful of strong titles, and you can easily play across iPhone, iPad, Apple TV and Mac. Apple needs to maintain the stream of quality of games, and could very well raise the price eventually, but for now, Apple Arcade seems like one of the best deals in gaming.

All products recommended by Engadget are selected by our editorial team, independent of our parent company. Some of our stories include affiliate links. If you buy something through one of these links, we may earn an affiliate commission. All prices are correct at the time of publishing.
Apple Arcade's best selling point: Games you'll actually want to play
apple
Apple Arcade
entertainment
gadgetry
gadgets
gaming
mobile
Overland
RAC7
Shinsekai Into the Depths
Sneaky Sasquatch
Spek
Where Cards Fall