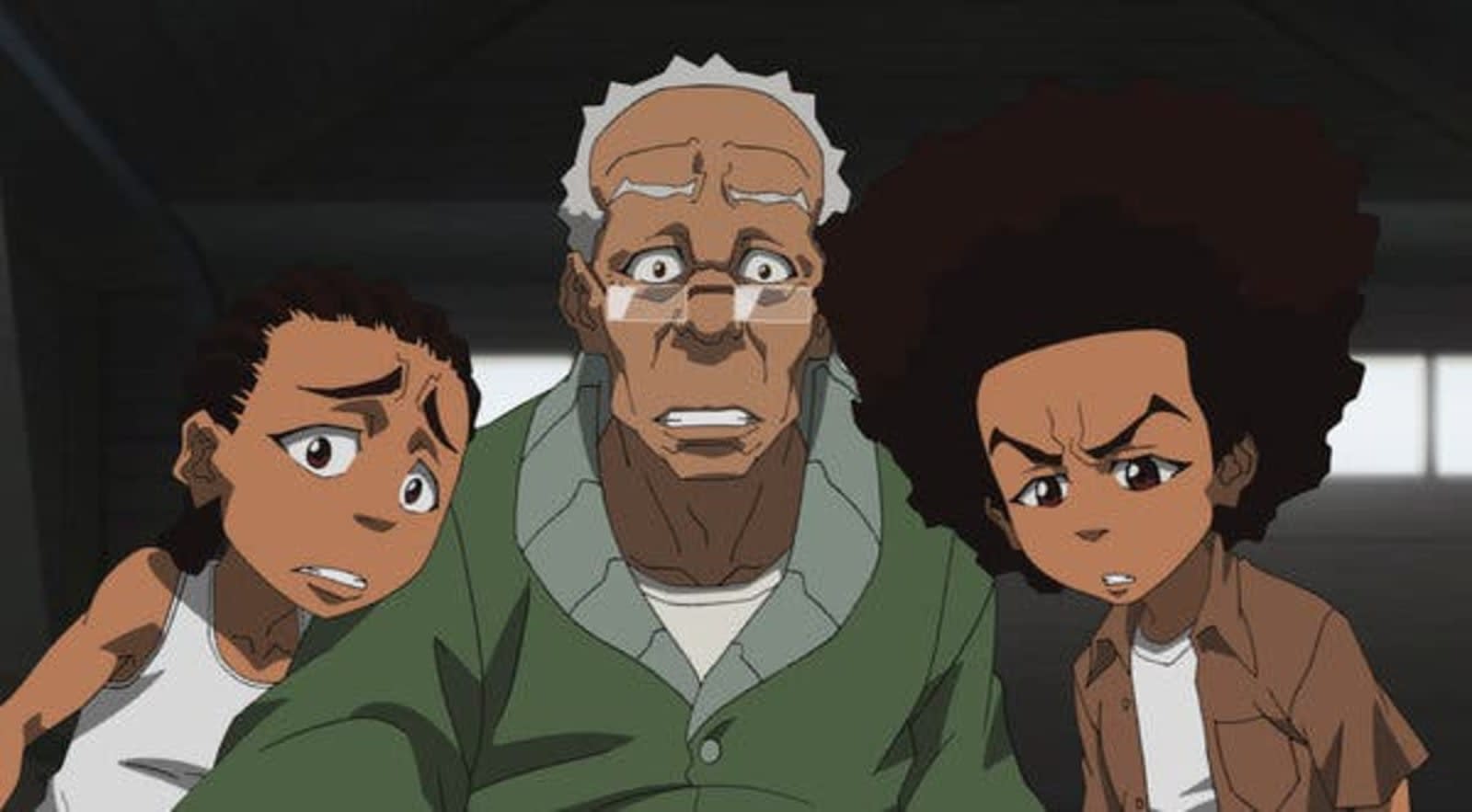 HBO Max is bringing back animated series The Boondocks for two more seasons next year. The 24 planned episodes, along with the previous 55, will be available on WarnerMedia's streaming service in fall 2020.

Aaron McGruder, who created the show based on his comic book series, will return to head up the revival as showrunner. "There's a unique opportunity to revisit the world of The Boondocks and do it over again for today," he said, according to Variety. It's crazy how different the times we live in are now – both politically and culturally – more than a decade past the original series and two decades past the original newspaper comic. There's a lot to say and it should be fun."

The new episodes will follow Robert "Granddad" Freeman and his grandsons Huey and Riley. They move to the Maryland suburbs but discover their community has been taken over by Uncle Ruckus and a neo-fascist regime.

HBO Max will arrive next spring, promising a bevy of original series and fan favorite shows. Its streaming exclusives will include Friends, Doctor Who and The Big Bang Theory.

In this article: animated series, animatedseries, av, boondocks, cartoon, entertainment, hbo max, hbomax, streaming, the boondocks, theboondocks
All products recommended by Engadget are selected by our editorial team, independent of our parent company. Some of our stories include affiliate links. If you buy something through one of these links, we may earn an affiliate commission.