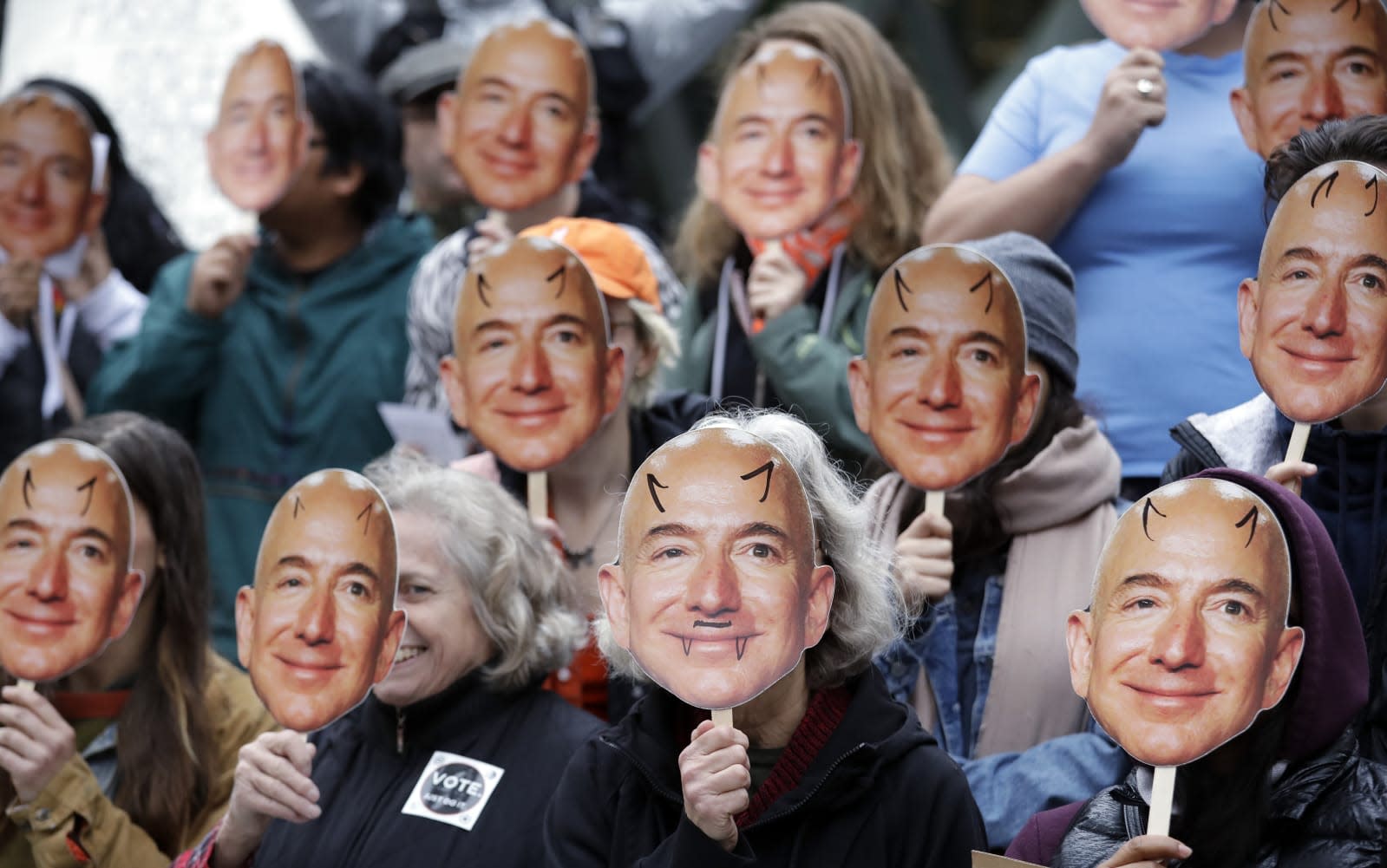 Amazon is drafting laws to regulate facial recognition technology, Vox reports. Supposedly, the company hopes that federal lawmakers will adopt its proposal as legislation. "Our public policy team is actually working on facial recognition regulations; it makes a lot of sense to regulate that," CEO Jeff Bezos said in an appearance following Amazon's hardware event yesterday.

In February, Amazon shared "proposed guidelines" for the responsible use of facial recognition for policymakers to consider when drafting new laws. But actually writing the laws goes one step further.

Amazon has been criticized for its own "Rekognition" system, which showed a gender and race bias. Lawmakers and tech companies, including Amazon and Microsoft, have called for facial recognition to be regulated. A few cities have banned the tech, and private companies like Axon say they won't use facial recognition until it's more accurate.

"It's a perfect example of something that has really positive uses, so you don't want to put the brakes on it," Bezos reportedly said Wednesday. "But, at the same time, there's also potential for abuses of that kind of technology, so you do want regulations. It's a classic dual-use kind of technology."

As lawmakers call for more regulations around Big Tech, we may see more companies attempting to write the rules. In a way, that makes sense because they know the topics better than anyone. On the other hand, you could argue that allows Big Tech to regulate itself.

In this article: amazon, big tech, business, draft, drafting, facial recognition, federal, gear, laws, legislation, policy, politics, regulation, rekognition, tomorrow
All products recommended by Engadget are selected by our editorial team, independent of our parent company. Some of our stories include affiliate links. If you buy something through one of these links, we may earn an affiliate commission.