These are all of the Alexa devices Amazon unveiled today

Plus Alexa updates, a Ring indoor camera and a smart microwave.

Today, Amazon held its second-annual hardware deluge. Like last year, the company had a lot to unveil. It revealed a slew of Echo devices, Alexa-powered wearables, Ring's first indoor security cam and a smart oven. The company also shared Alexa updates -- like the voice assistant's ability to impersonate celebrities.

Starting today, consumers in the US can pre-order the new 8-inch Echo Show 8 ($129.99). It combines the same screen and sound capabilities of the Echo Show with the camera shutter and form factor of the Echo Show 5. 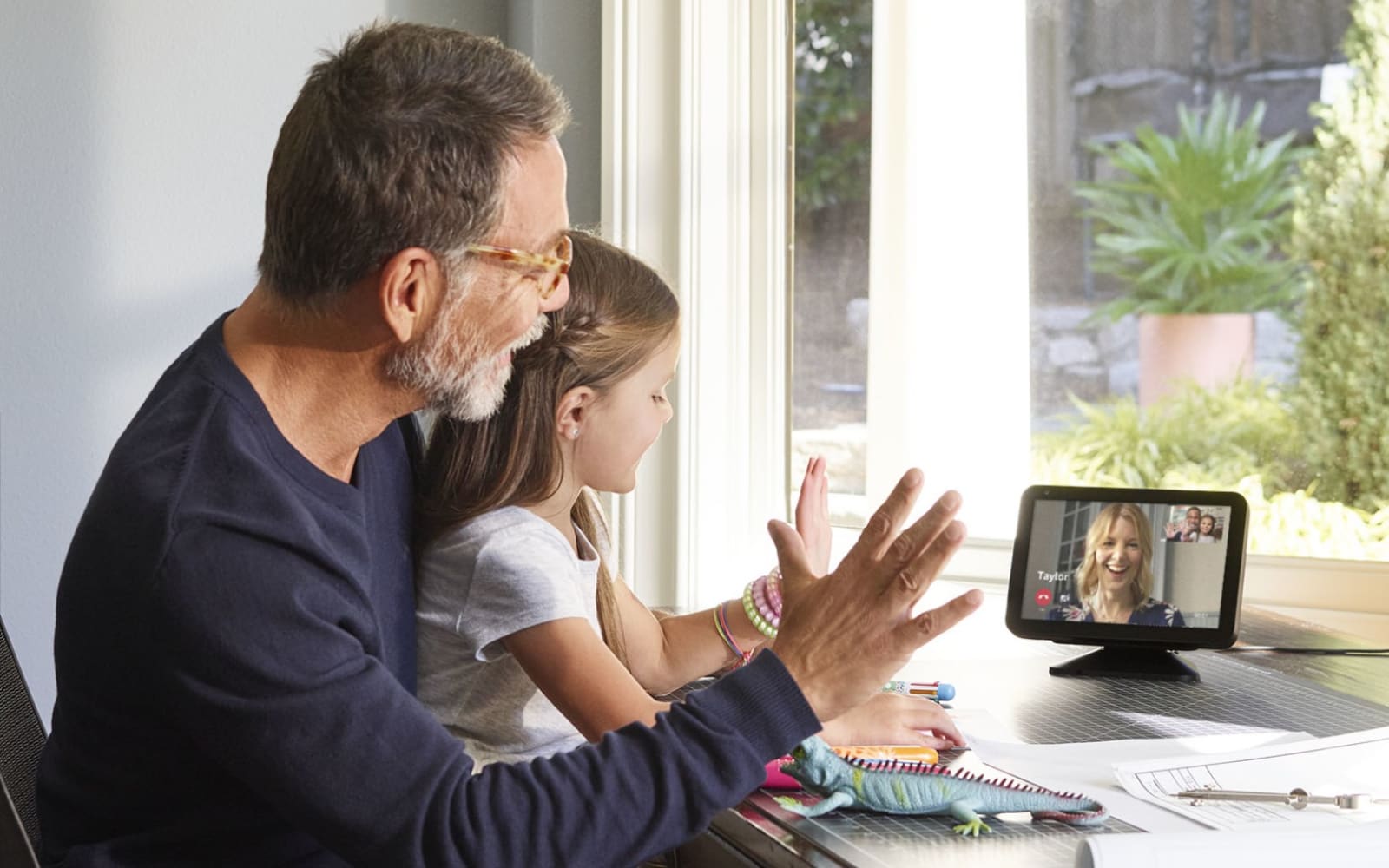 Amazon's new Echo Studio ($199.99) promises to deliver immersive audio -- it's available for pre-order today. You'll recognize the cloth-covered aesthetic, but it packs better sound than previous models. It has 3D audio (thanks to Dolby Atmos) and is meant to better compete with the likes of Sonos.

If you're not ready to spend $200, you may be happy to hear that the base model Echo ($99) now has essentially the same audio features as the Echo Plus. 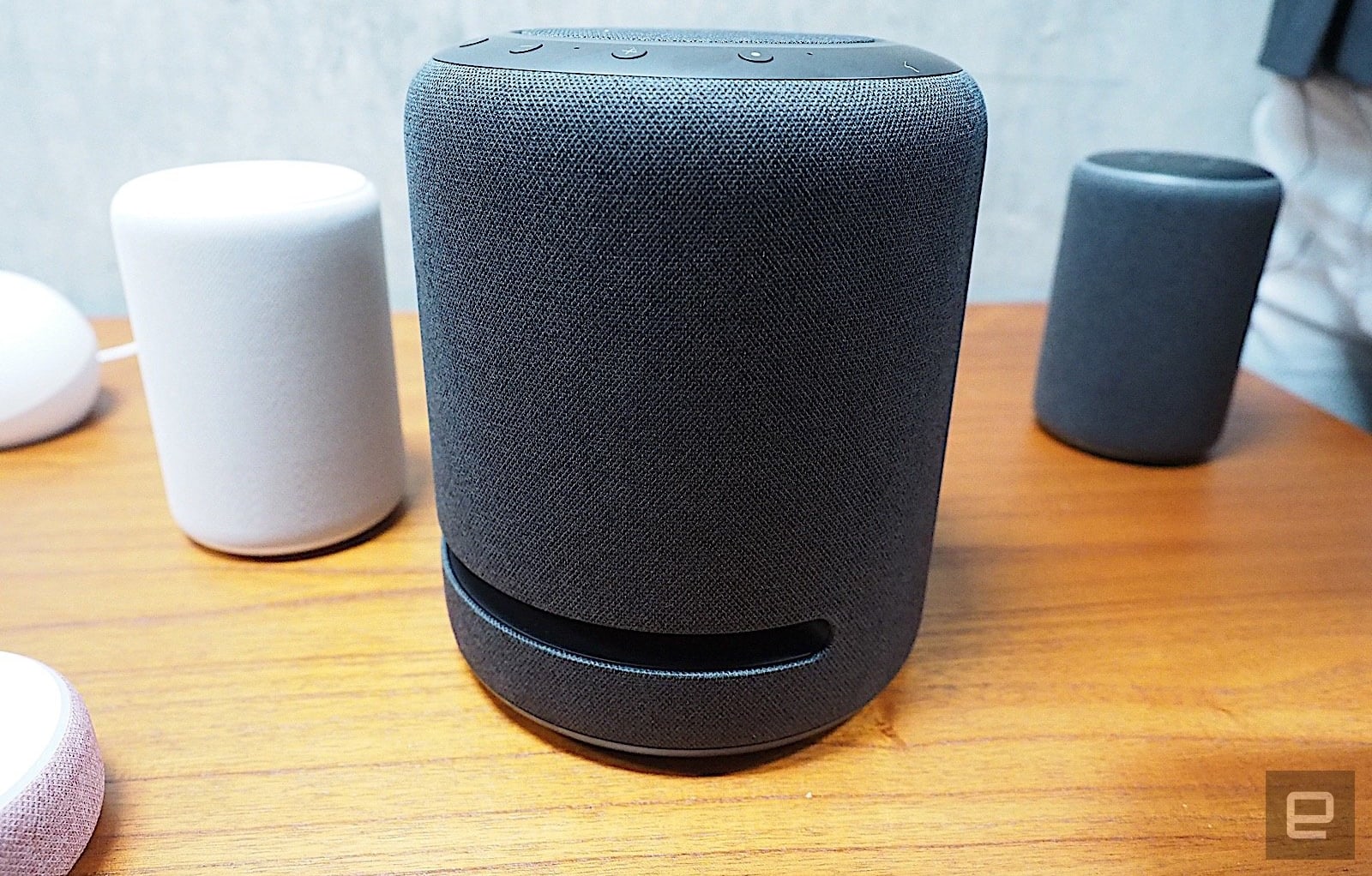 Amazon's big plan for the Echo Dot ($59.99) appears to be turning it into an alarm clock. The fourth-generation Dot will display the time -- plus extras like temperature and alarm times -- on its side, and you'll be able to snap it to snooze. Pre-orders open today. 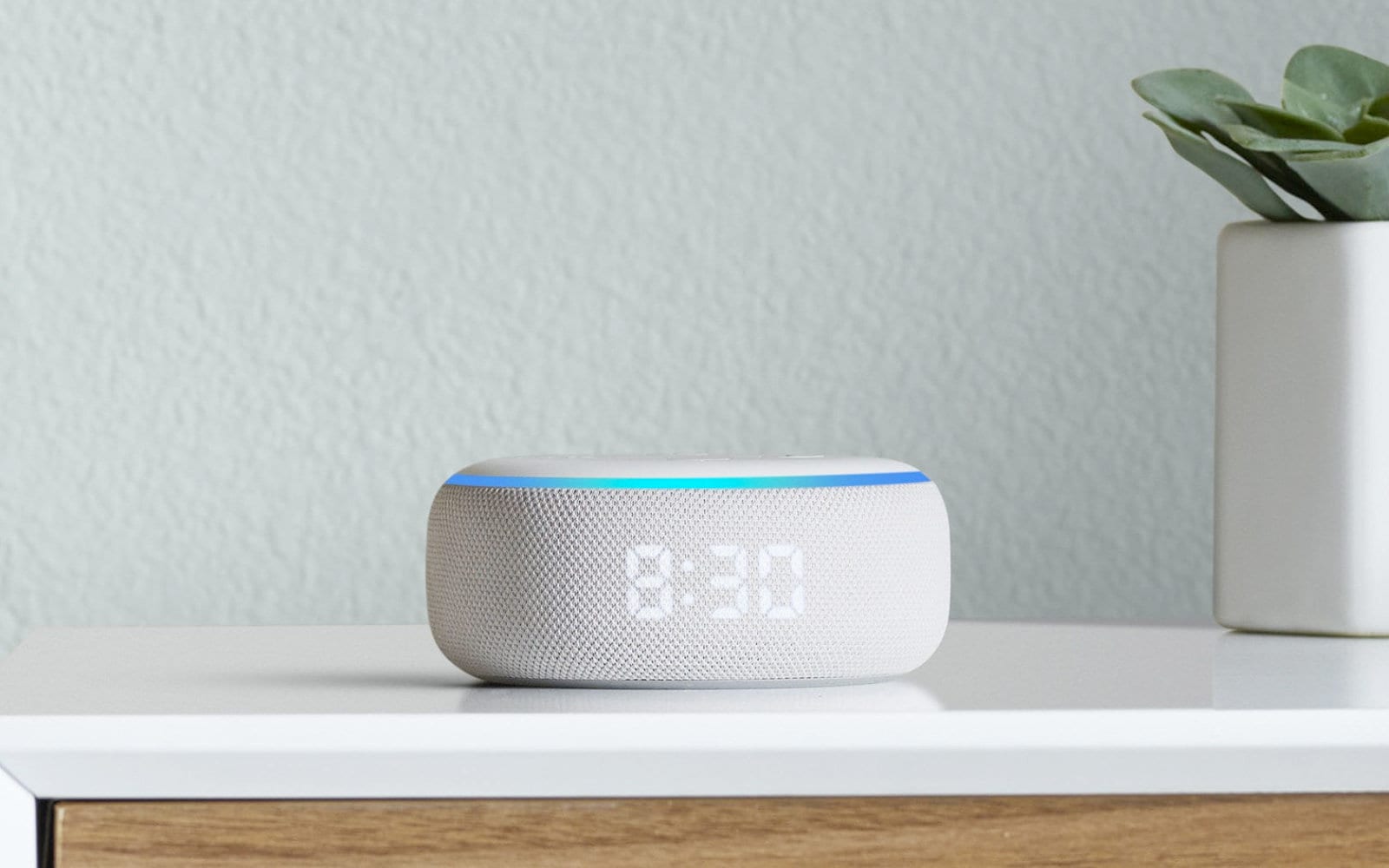 If you prefer nightlights over alarm clocks, Amazon has you covered with the Echo Glow ($29.99). The device is a ball of light that can change color, dance in rhythm with music or flicker like a campfire. It's available for pre-order beginning today. 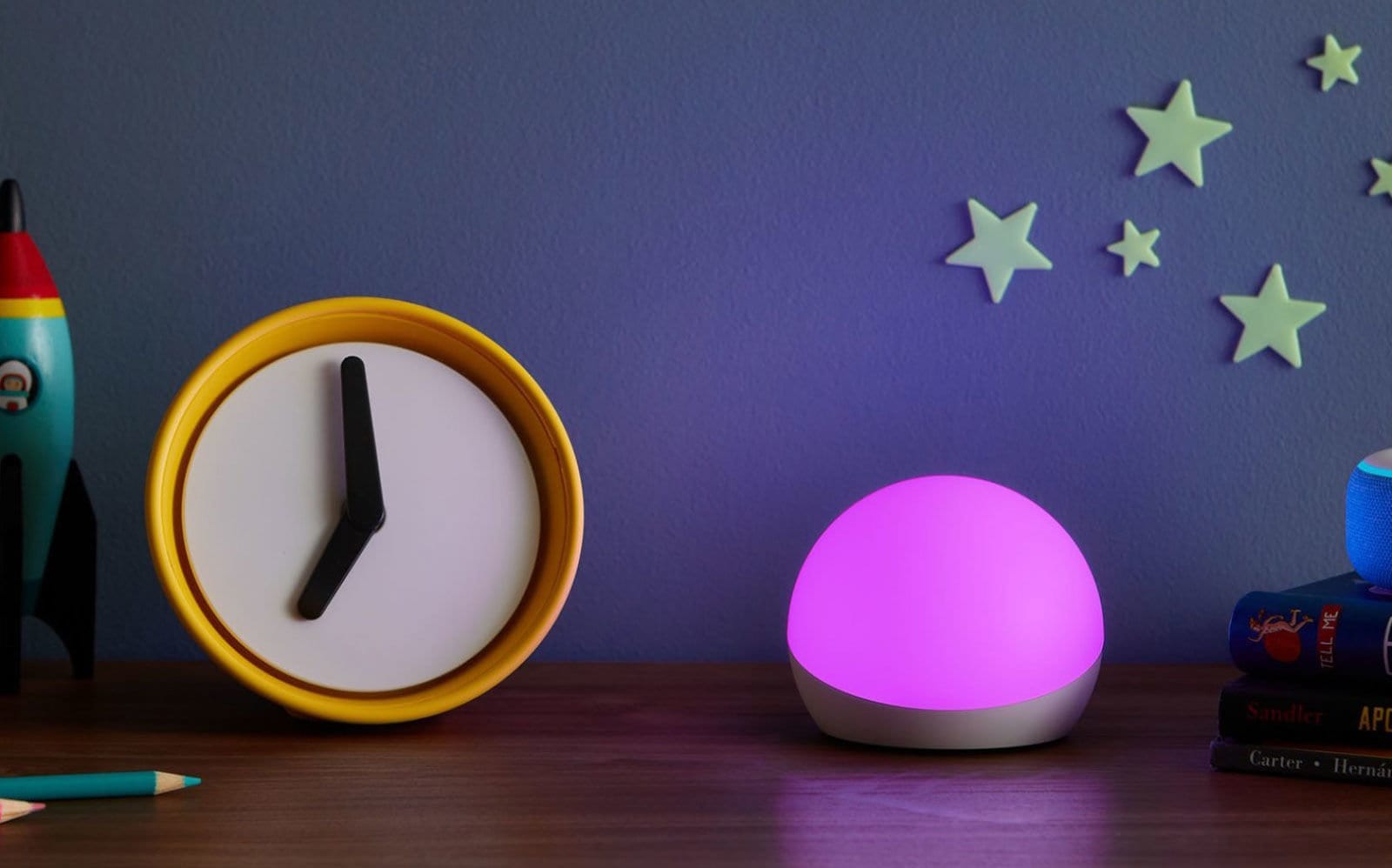 The Echo Earbuds ($129.99) appear to be an Alexa-powered alternative to Apple's Airpods. The true wireless earbuds add active noise reduction from Bose, and they're available to preorder today. 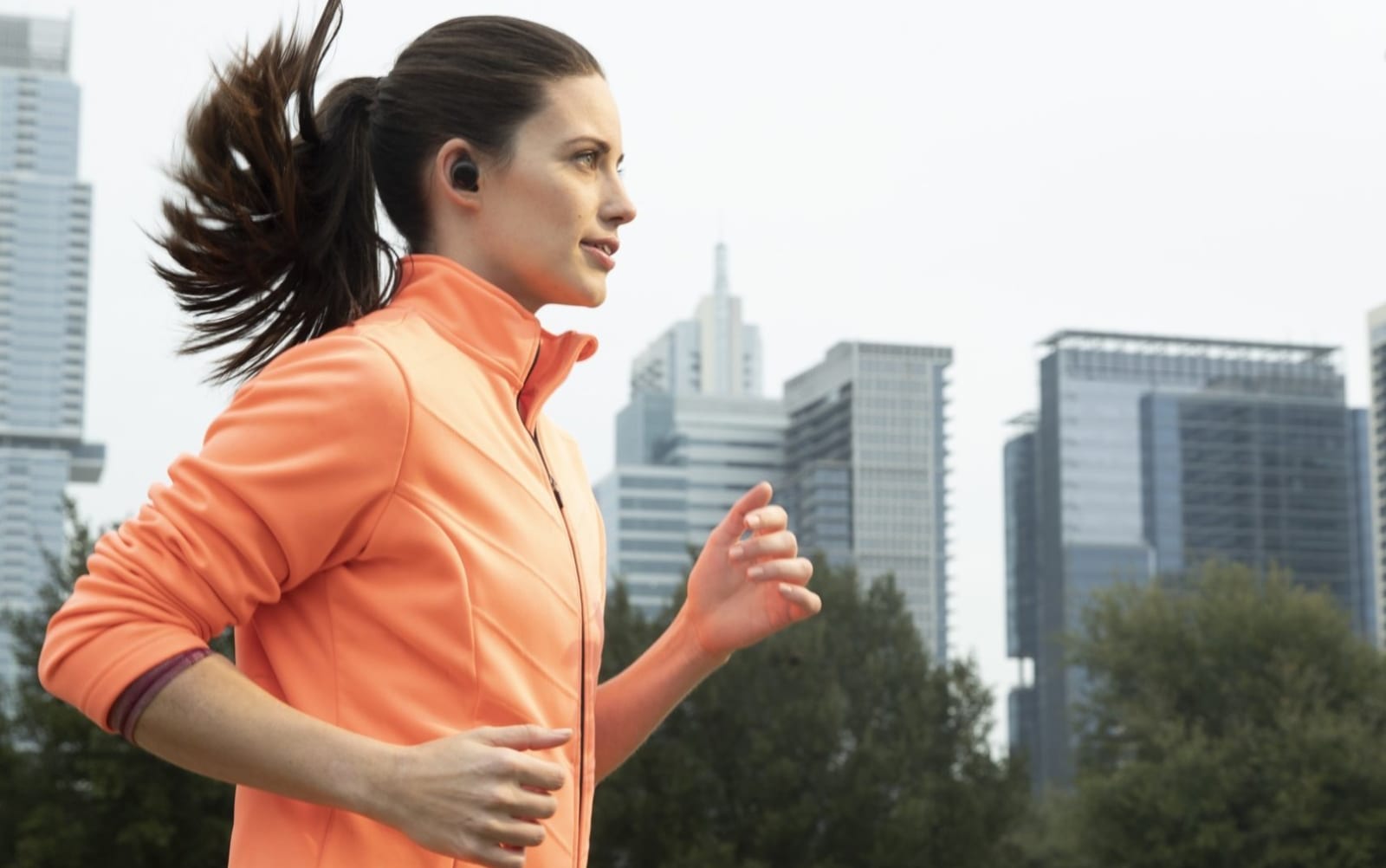 You can now take Alexa with you, thanks to Echo Frames and Echo Loop -- Alexa-enabled glasses and a ring. Amazon is just testing the waters and will release a limited number of invite-only devices to get feedback before going all in on production. To start, the Frames will cost $179.99 and the Loop is listed for $129.99. 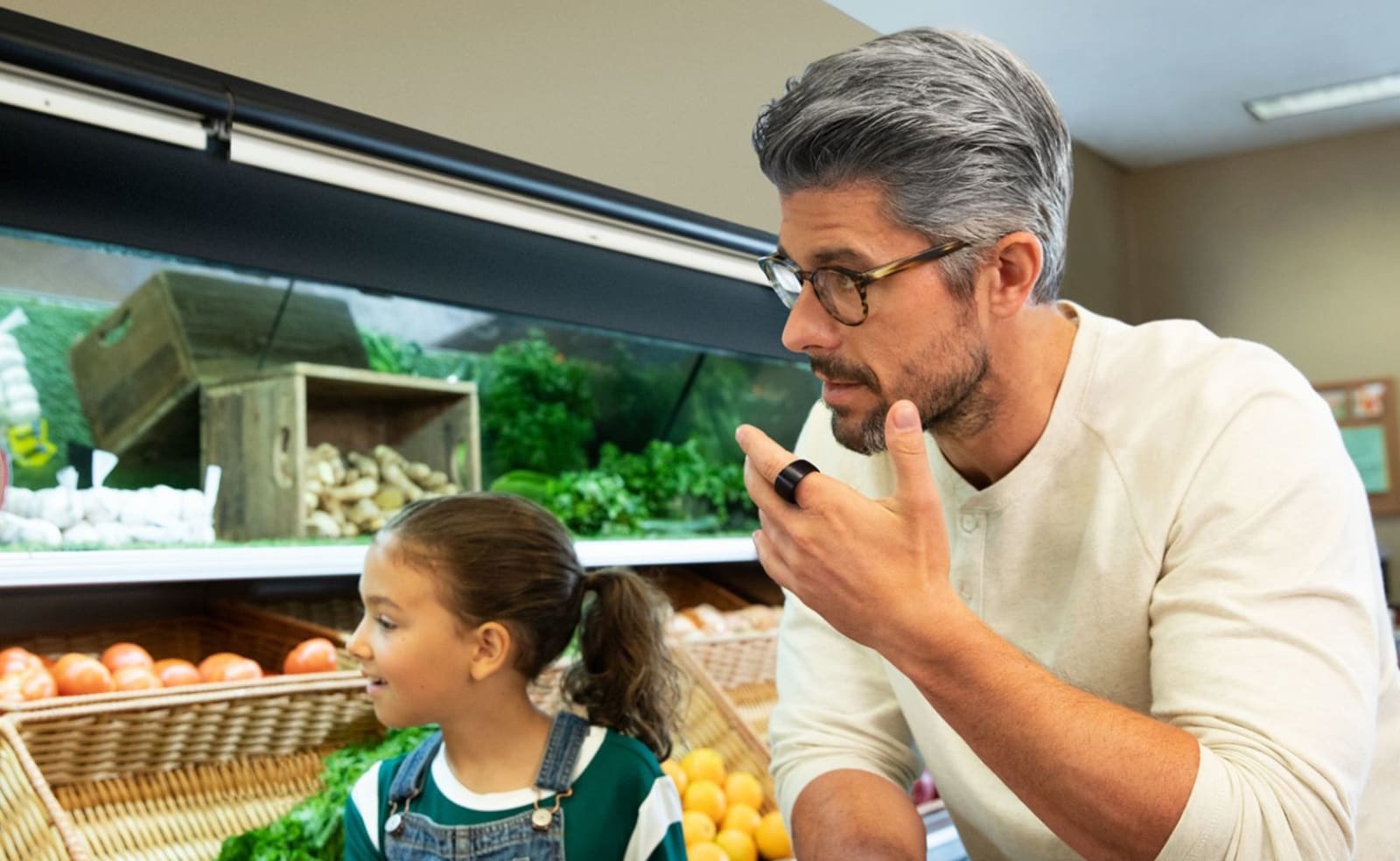 Amazon also introduced Echo Flex ($24.99), a small plug-in device that adds Alexa to any outlet. Users will be able to purchase add-on accessories like a motion sensor and smart night light.

In addition to Echo updates, Amazon unveiled its first indoor security camera, aptly named Ring Indoor Cam ($59.99). Its design is compact and non-intrusive, and it's affordable. 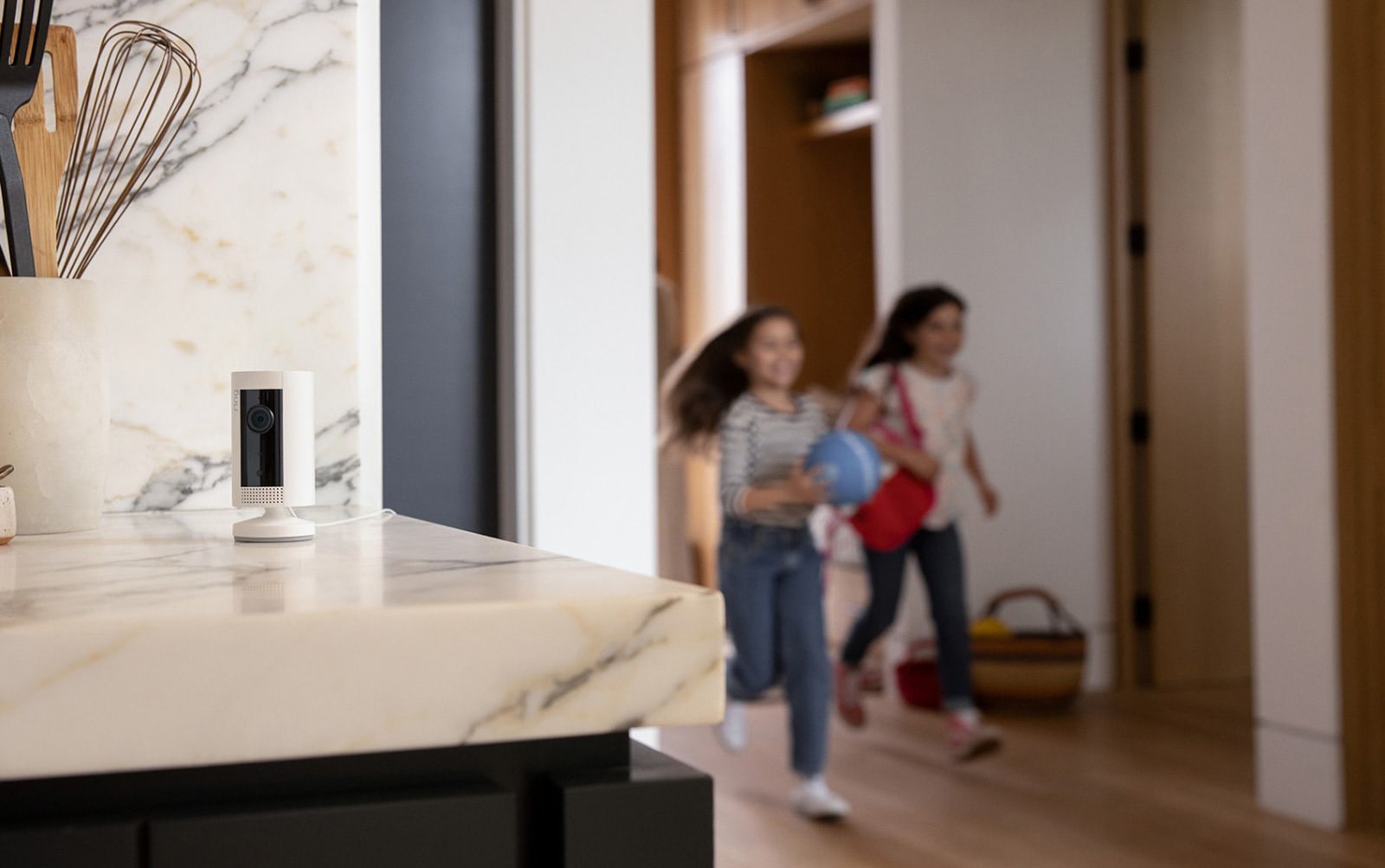 Amazon will allow parents to designate who children can talk to through their Echo. It's also bringing FreeTime to EchoShow.

One curveball to come out of today's event was the Amazon Smart Oven, a combination microwave, convection oven, air fryer and food warmer. Every Smart Oven ($249.99) will come with a free Echo Dot, so you can set cook times with Alexa and be alerted when your food is finished cooking.

You might even put it to use while watching Food Network Kitchen programming through your other Amazon devices. 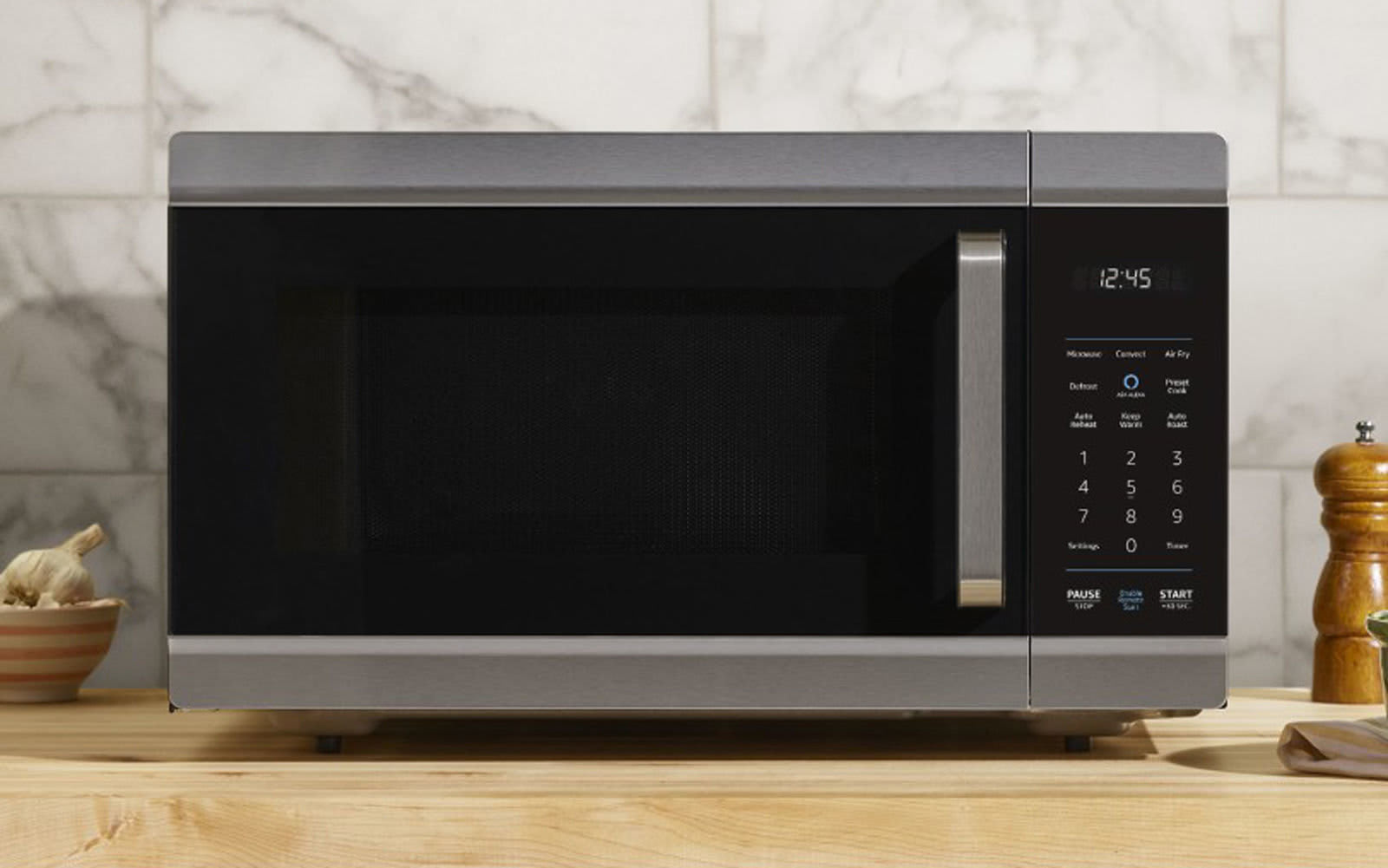 Amazon Sidewalk is a dongle meant to keep low-powered, low-bandwidth devices connected even when they're just beyond your WiFi range. It's meant to help developers come up with gadgets that can be used farther from your router -- like in the garden or your driveway.

Finally, as another boost to WiFi, Amazon unveiled Eero ($99). For under $100, the mesh WiFi system will ensure stronger WiFi around the house. And if features a number of Alexa voice-controlled features.

All products recommended by Engadget are selected by our editorial team, independent of our parent company. Some of our stories include affiliate links. If you buy something through one of these links, we may earn an affiliate commission. All prices are correct at the time of publishing.
These are all of the Alexa devices Amazon unveiled today
alexa
amazon
amazon2019
AOLoriginals
daily show
earbuds
echo
engadget
Engadget Today
engadget video
entertainment
fitness tracking
gadgetry
gadgets
gear
hardware
headphones
home
home robot
kindle fire
portable
ring
robots
thebuyersguide
wearables