The individual apps are sticking around.

Uber's app is getting a bit of a refresh. In fact, it's getting a couple of refreshes. At an event in San Francisco, the company announced that it would be testing out various versions of its Uber app with users all over the globe.

The idea behind the new app test is that a rider could use the app they've hailed a ride with to also order food without being required to install Uber Eats. If you do happen to have the Uber Eats app installed, the Uber app will launch that application. It'll also tap into the various other transportation services the company is rolling out like Jump bikes and public transportation if that's enabled in your city,

It's essentially a giant A/B test as the company tries to determine which region is best served by which version of its all-in-one application. 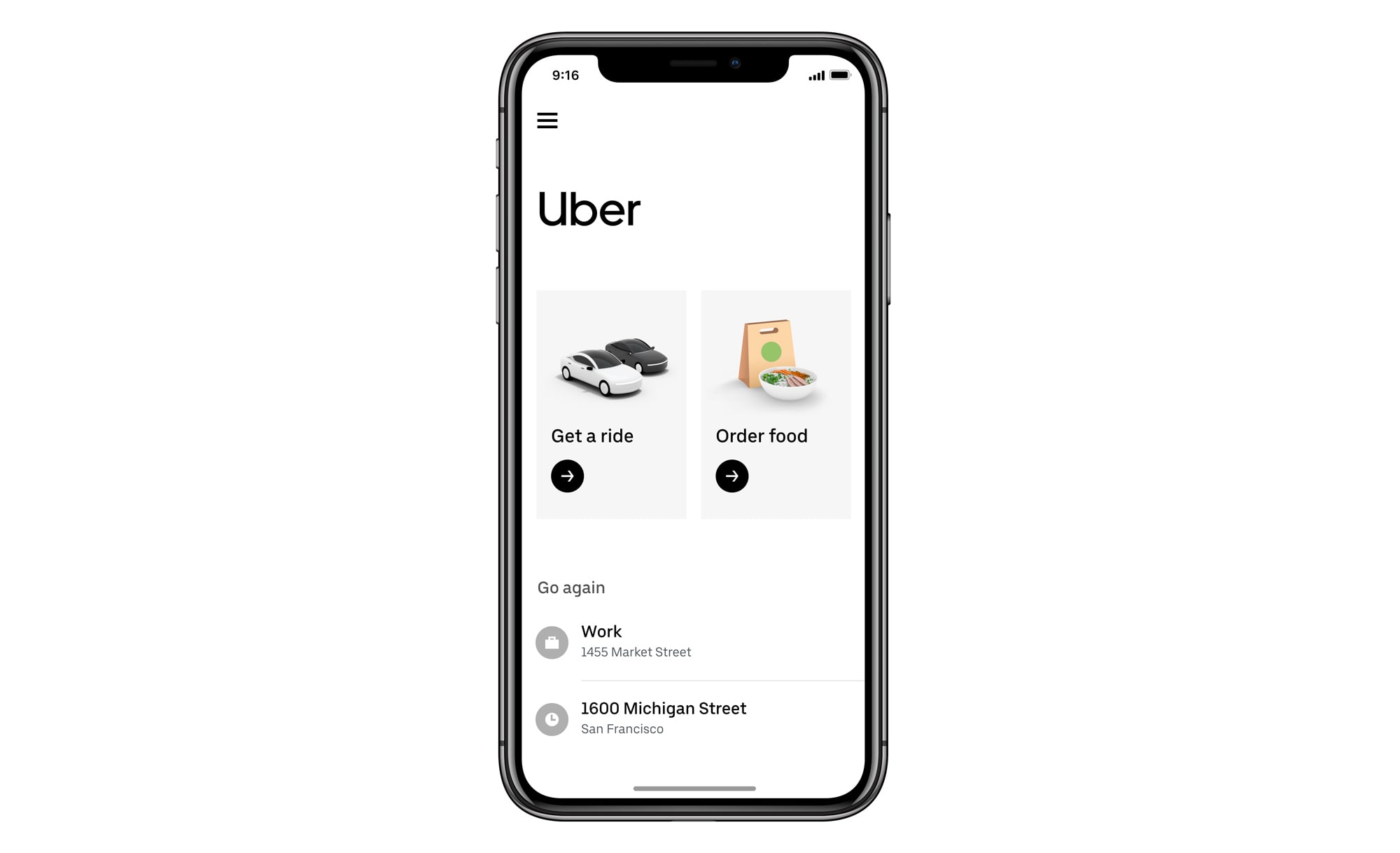 The company really wants to bring all its services under one umbrella in the Uber app. CEO Dara Khosrowshahi said, "we want to be the operating system of your life."

Most users are used to the map when you launch the app, for those folks, the map isn't going anywhere any time soon. For others where maybe a mobile connection is less than ideal, a splash screen that offers the option of Uber Eats, a ride or various other transportation options might be the best option.

At the event, Uber also said that it will be expanding its rewards scheme internationally. Plus, it will now give members various options on how they want to use their rewards. Previously, users would get $5 in
Uber cash once they hit a certain threshold of points. Now they have various options including percentages off rides and food deliveries.

For folks in New York, Khosrowshahi announced that anyone with the Uber app would now be able to book a helicopter ride. You know, if you can afford it. This is the company's first step towards its goal to deploy drones that would offer rides to users.

Uber also announced that it's updated its driver selfie safety feature where a driver needs to take a photo of themselves before they can log into the service. Soon, while taking the selfie, the app will prompt the driver to do a few actions like tilting their head or blink their eyes a certain number of times. This should reduce abuse of the system and will be rolling out in the next few months.

The Uber announcement party continued with the company showing off a new PIN-based ride verification system. The feature surfaces a Pin in addition to the usual car and driver information. When the driver shows up, the rider tells the driver the PIN. The driver puts it in the app and the rider gets a message in their app that the ride is verified. Like Bluetooth pairing, but for humans.

In the future, the phones will do an ultrasonic PIN handshake without the driver or riders needing to share a number sequence. No word on when that feature will be available.

On the Uber Eats front, the company is looking after those with food allergies. Users can soon find allergy-friendly restaurants in the app and use filters to make sure they don't accidentally order something that could trigger an allergic event. Plus, Rachel Ray (yea, that Rachel Ray) will be launching virtual restaurants exclusive to Uber. Virtual restaurants are delivery-only establishments and they've allowed some individuals and restaurants to create pop-ups that only offer deliveries. The meals will be from her latest cookbook.

If you want to get around for less cash, Uber's Transit feature has been live in five cities for a while. But by the end of the year, it will be available in ten more cities bringing the total up to 15. The first three--which are live right now--are Paris, Mexico City and San Francisco. Just launch the app in those towns and the transit option should be available for your trip.

For those that would rather feel the wind on their face or don't want to get trapped in traffic, the next generation of Uber's Jump bikes and scooters will support swappable battery packs that can be switched out at a kiosk. Sort of like Gogoro's GoStations, but for shared bikes and push scooters.

Overall, it's been a busy day for Uber as it adapts to new mobility options, starts working closer with cities and tries to figure out the best way to serve its users.