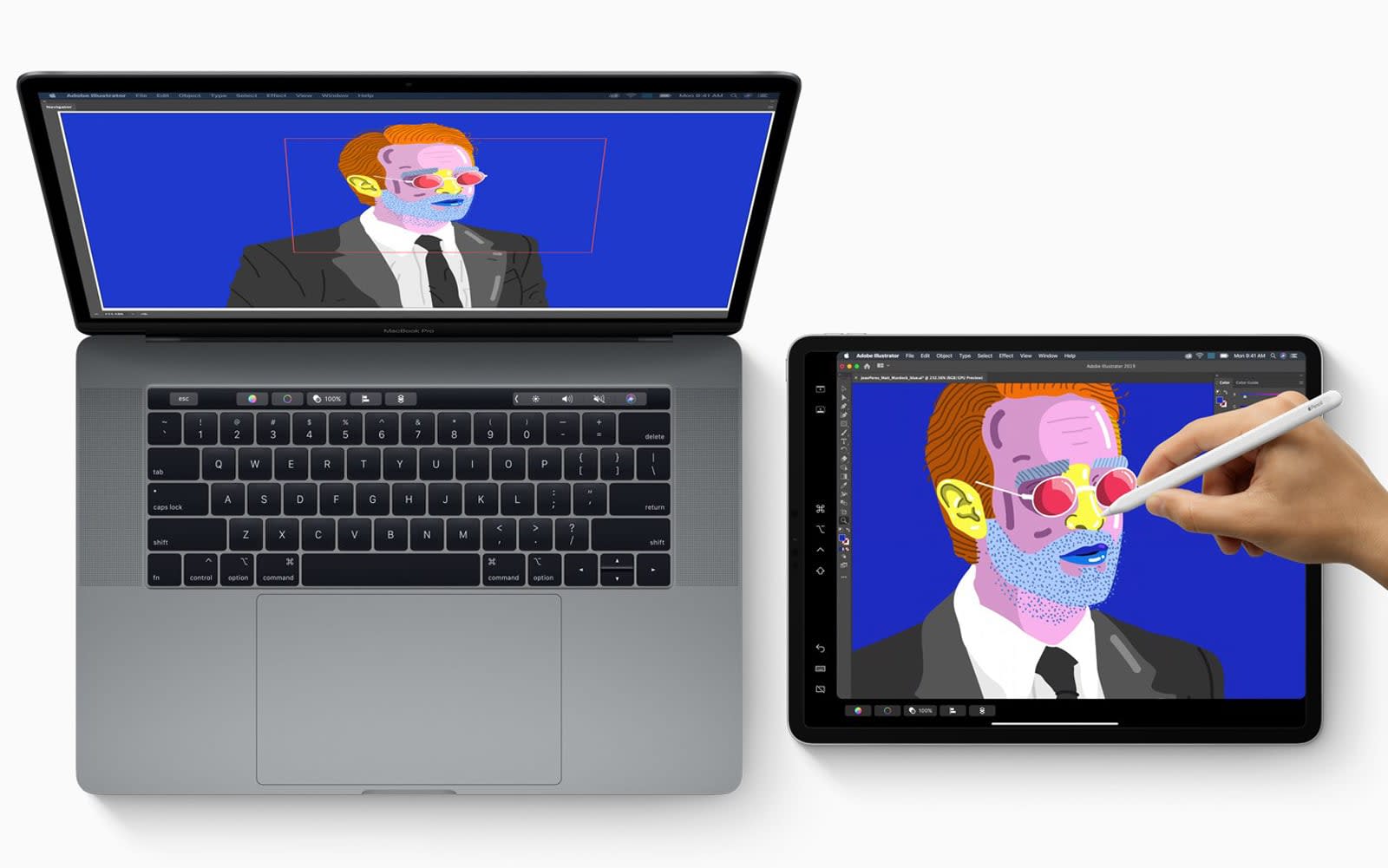 On Monday, Apple released macOS Catalina, the latest major update to its desktop operating system. Going into the update, a lot of Mac owners were excited for a feature called Sidecar. If you haven't following the development of Catalina, Sidecar allows you to use a newer iPad as a secondary display with your Mac. It's a feature that's been available on macOS through a variety of third-party apps for a couple of years now, but, as usual, Apple's ability to deeply integrate Sidecar into macOS made the feature all the more compelling. There's just one issue with Sidecar: you'll need a relatively new Mac and iPad.

According to an Apple white paper spotted by The Verge, Sidecar only works with Mac laptops and desktops that include a sixth-generation Intel Skylake processor or later. When it comes to Apple's laptop lineup, it just so happens that any model that includes a Skylake processor also includes one of the company's troubled butterfly keyboards. Specifically, Sidecar works with 2016 and later MacBooks, 2018 and later MacBook Air models and 2016 and later MacBook Pros. In other words, tough luck if you've been holding onto your non-butterfly keyboard MacBook.

Desktop support for the feature is similarly limited. You'll need a 2015 or later iMac, a 2018 Mac mini, an iMac Pro or the upcoming Mac Pro. It's also worth noting you'll need a relatively new iPad to take advantage of the feature. Here, Apple says an iPad with Apple Pencil support and iPadOS 13 is required to use Sidecar. Another limitation of the feature is that you can only use it with two devices that are authenticated to the same Apple ID. As such, you can't say, for instance, borrow a family member's iPad if they're tied to different accounts.

One theory that explains the limited number of devices that support Sidecar is that the feature depends on HEVC, a high-efficiency video codec. Starting with the Skylake generation, Intel added built-in support for the codec to its CPUs. Even if true, it's still a disappointing limitation since some of the more powerful Broadwell-equipped Macs could have likely handled the feature.

While it's a bummer Sidecar works with so few Mac and iPads, the good news is that, as mentioned above, there are third-party alternatives that offer the same functionality. Duet Display, for example, works with a much greater variety of Macs and iPads. You can even use it with a Windows PC, if that's more of your jam.

In this article: apple, butterfly keyboard, gear, imac, imac pro, Intel, ipad, IpadOs, Mac mini, macbook air, macbook pro, macos, MacOS Catalina, personal computing, personalcomputing, sidecar
All products recommended by Engadget are selected by our editorial team, independent of our parent company. Some of our stories include affiliate links. If you buy something through one of these links, we may earn an affiliate commission.