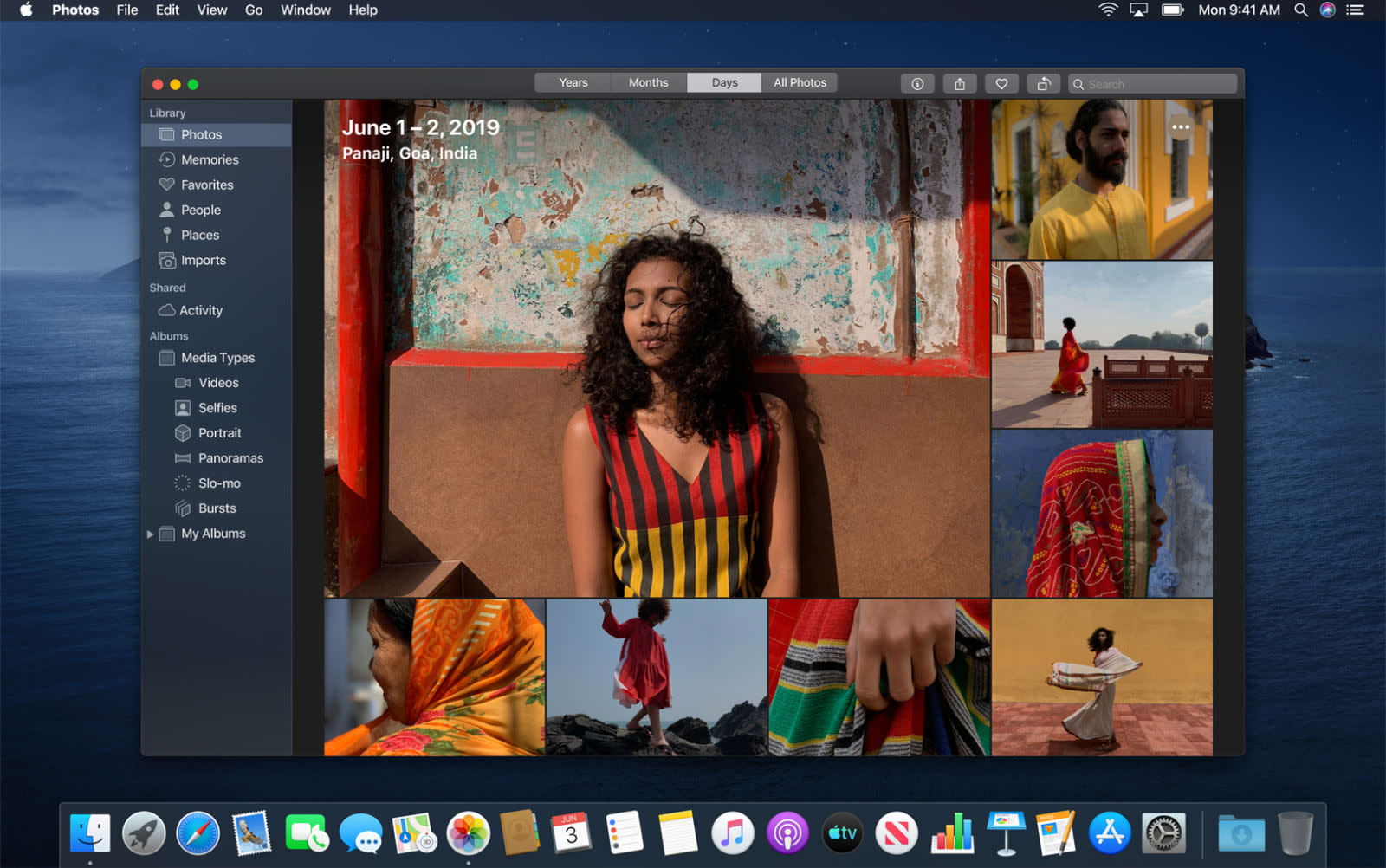 It's happening a little later in the season than usual, but Apple's latest version of macOS is available to download today. Catalina arrives on the heels of iOS 13, which saw several back-to-back updates after an initially rough launch. For what it's worth, I've been using successive versions of the Catalina beta as my daily driver for months now and can assure you that the latest build is stable enough to safely install.

Engadget will publish a full review of the software soon. The reason we're waiting: A couple of key features won't be available to try out until the finished OS ships today. That includes so-called Catalyst apps that were designed for the iPad first and later ported over to the Mac. Some big-name cross-overs you'll be able to download at launch: Twitter, TripIt, Rosetta Stone, Post-It and the game Asphalt 9, among others.

Speaking of games, today also marks the first time that Catalina beta users will have been able to play Apple Arcade games. If you're wondering how the heck you'll play those titles from your Mac, it's worth a reminder that many Arcade games support Xbox and PlayStation controllers.

Also new in this release: As you browse episodes in the podcast app, you'll see avatars for guests and hosts. Apple also says it's made some small usability tweaks to Sidecar, the feature that allows you to use an iPad as a secondary Mac display. You'll also notice more promotional Apple TV+ material in the new TV app, which makes sense -- the streaming service launches November 1st. It'll cost $4.99 a month, but Apple is offering a free year with the purchase of a new Mac, iPhone, iPad or Apple TV.

All told, some pretty minor revisions since the Catalina preview opened to the public back in June.

Beyond that, everything else should seem familiar to people who have been using the early software, or at least reading about it. In short, it's all about the apps. There are the iPad ports, of course, along with some redesigned and brand new first-party ones from Apple. This includes standalone programs for music, podcasts and TV; a redesigned Reminders app; and new features in Notes, Safari, Mail and Photos.

There's also a dedicated "Find My" app where you can see your devices on a map, including those without cellular connections. In the case of devices like laptops, which aren't connected to a cellular network, Apple detects its location using encrypted Bluetooth data from other Apple devices passing by.

You'll also find extensive Screen Time options in the settings menu, more or less matching what's already available on iOS. And a new Voice Control feature gives quadriplegics and other people with limited mobility granular control over the operating system. An Apple spokesperson says that the feature in its final form should be able to distinguish between Voice Control commands and Siri requests without getting confused.

Keep an eye out for our full review and in the meantime, remember to back up all your stuff before installing new software. Happy downloading and do let us know in the comments how the install goes.

In this article: apple, catalina, gear, macos, MacOS Catalina, personal computing, personalcomputing, thebuyersguide
All products recommended by Engadget are selected by our editorial team, independent of our parent company. Some of our stories include affiliate links. If you buy something through one of these links, we may earn an affiliate commission.