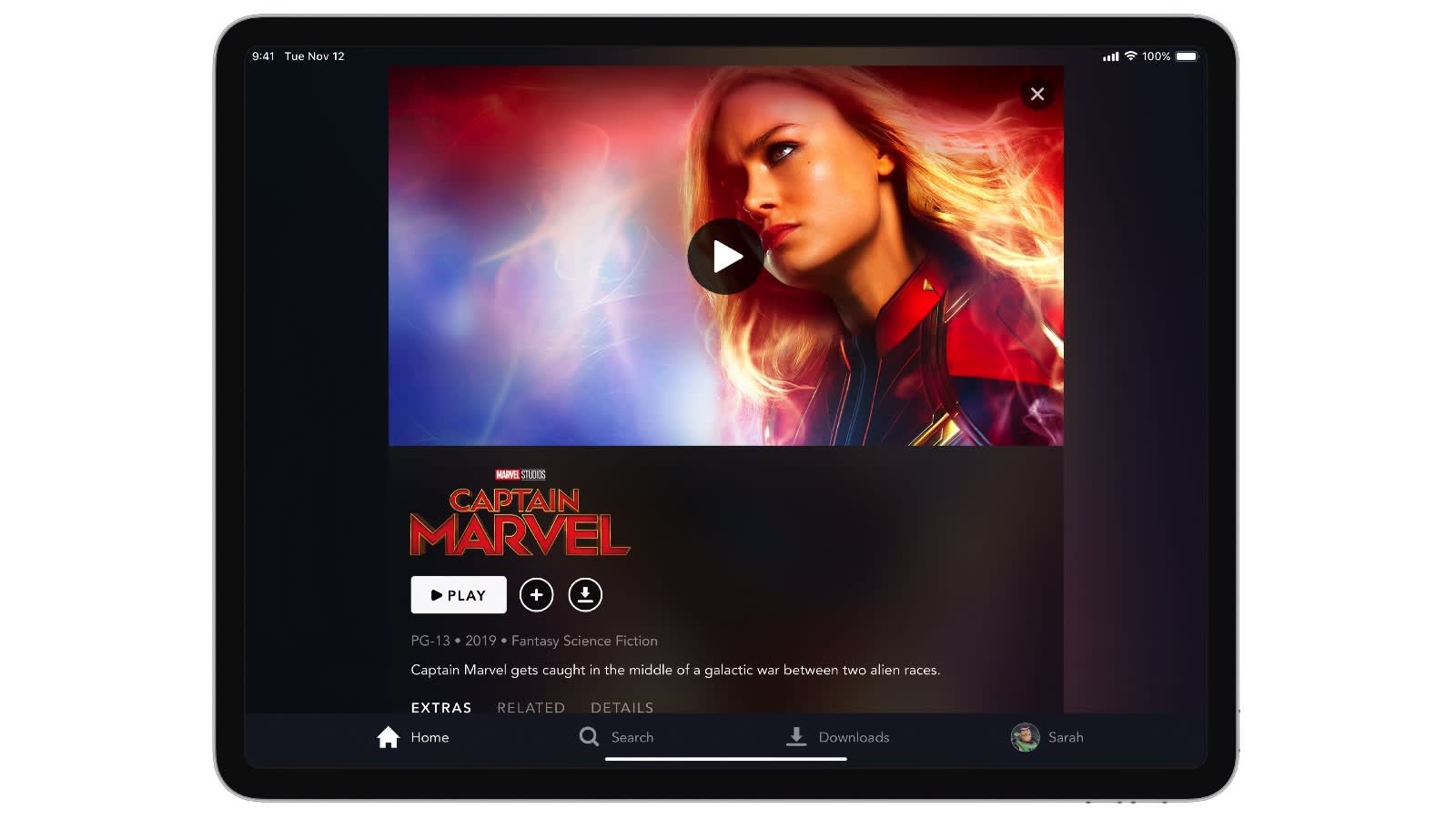 We spent most of yesterday watching Disney's Twitter account spam everything (we mean everything) that'll be live on Disney+ when it launches soon. Seminal works like, er, The Secret of the Magic Gourd, Million Dollar Duck and critical favorite, Justin Morgan Had a Horse. We joke, and there are plenty of other films you've heard of across Disney, Star Wars, Pixar and Marvel. Just chill, Disney. Sometimes less is more.

Elsewhere, we take a long hard look at the Galaxy Fold and give our final verdict on Samsung's bet on the future. Catch up on all the news then check back here at 10AM ET for the big Made by Google event where we'll officially meet the new Pixel 4.

'As much as I like using it, I just can't trust it.'The Samsung Galaxy Fold, reviewed again: Hard to love, even harder to hate 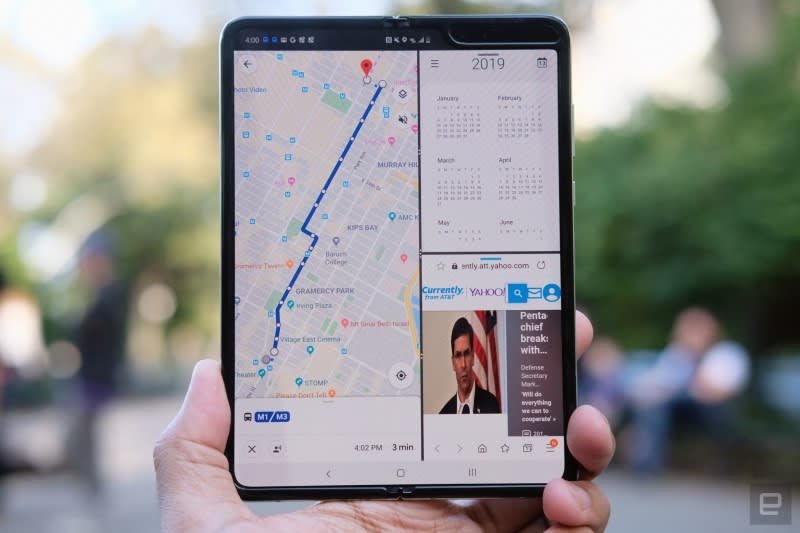 Yeah, we're back here again. Samsung's Galaxy Fold is one of those devices that inspires adoration and annoyance at the same time. Its foldable design means you can carry around a tablet in your pocket and get plenty of work done along the way. The Fold's power and flexibility are nothing short of intoxicating, but it leaves much to be desired.

Closed, it's chunky and clumsy, and Chris Velazco has serious concerns about how well its main screen will hold up over time -- our review unit's display developed dead and stuck pixels out of the blue, and there are other units with more pronounced blemishes. The Galaxy Fold offers a glimpse at the future of smartphones and gives Samsung a potent foundation to build on, but almost no one should consider buying one right now.

The hit returns from the void.'Fortnite' Chapter 2 is a new world with water and fishing Fortnite returns from black-hole darkness with a major overhaul. As you're reading this, Fortnite Chapter 2 will have debuted an all-new map and, judging by the trailer, there are some fresh features centering around water, including boats, swimming and fishing. The trailer for season one of Chapter 2 also showcases pogo sticks and the ability to carry downed teammates.

It can still accelerate from 0 to 60 in 3.5 seconds and hit a top speed of 155 MPH.Porsche unveils the mid-range Taycan 4S EV 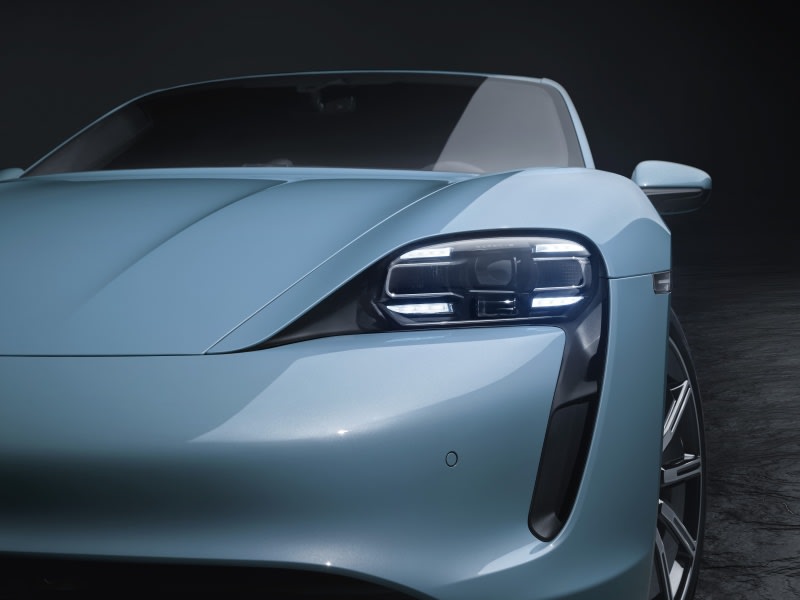 The Taycan 4S is a mid-range version of Porsche's electric sports car. It will deliver up to 420 kW (around 630 horsepower), compared to 500 kW for the Taycan Turbo and 560 kW for the Turbo S.

Sudo make me a sandwich.One of Linux's most important commands had a glaring security flaw

If you've used the command line in Linux or a Unix-based platform like macOS, you're probably familiar with the "sudo" command, which lets you run tasks with different (usually elevated) permissions than you'd otherwise have. It's powerful, but it was apparently too powerful until now. Developers have fixed a sudo flaw that lets you claim root-level access even if the configuration explicitly forbids it.

Linux users can update to a newer sudo package (1.8.28 or later) to fix the flaw. You might not be immediately vulnerable as any attacker will need to have command line control over your system before they can even consider exploiting the flaw -- at that point, you probably have larger problems.

HDR video looks great, but it's also kind of a mess. Which formats do what?Upscaled: HDR10, Dolby Vision and HLG: How does HDR work? 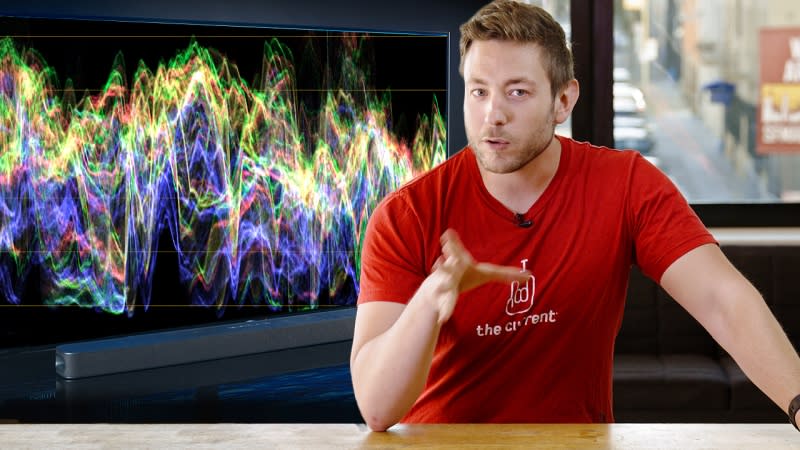 When everything's working right, HDR just looks great. But there lies the problem: Beyond needing the right content and TV to get the full experience, there are also a handful of competing formats, each with different pros and cons. If you want to know how HDR actually works and the full differences between HDR10, 10+, Dolby Vision and HLG, be sure to check out this video.

Welcome to the present.Google teams up with Yubico to build a USB-C Titan Security Key 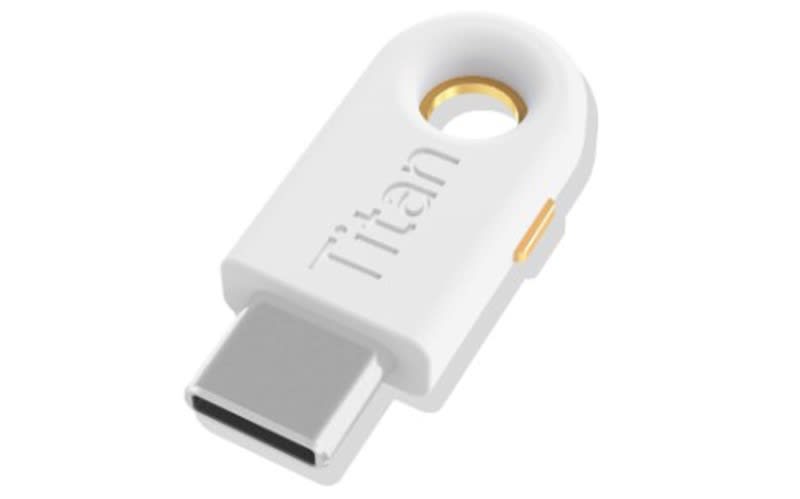 On Monday, the company announced a new version of its Titan Security Key, which features a USB-C connector, and you'll be able to buy the accessory starting today for $40 from the Google Store. To make the small USB drive-sized device, Google partnered with Yubico, one of the leaders in the space.

Google is also offering its Bluetooth and USB-A Titan Security Key bundle as two products you can purchase separately for the first time, making it easier to mix and match the best options for you. That's important because if you want to enroll your Google account in its Advanced Protection Program, you'll need at least two.

In this article: av, entertainment, gadgetry, gadgets, gear, mobile, security, themorningafter, transportation
All products recommended by Engadget are selected by our editorial team, independent of our parent company. Some of our stories include affiliate links. If you buy something through one of these links, we may earn an affiliate commission.