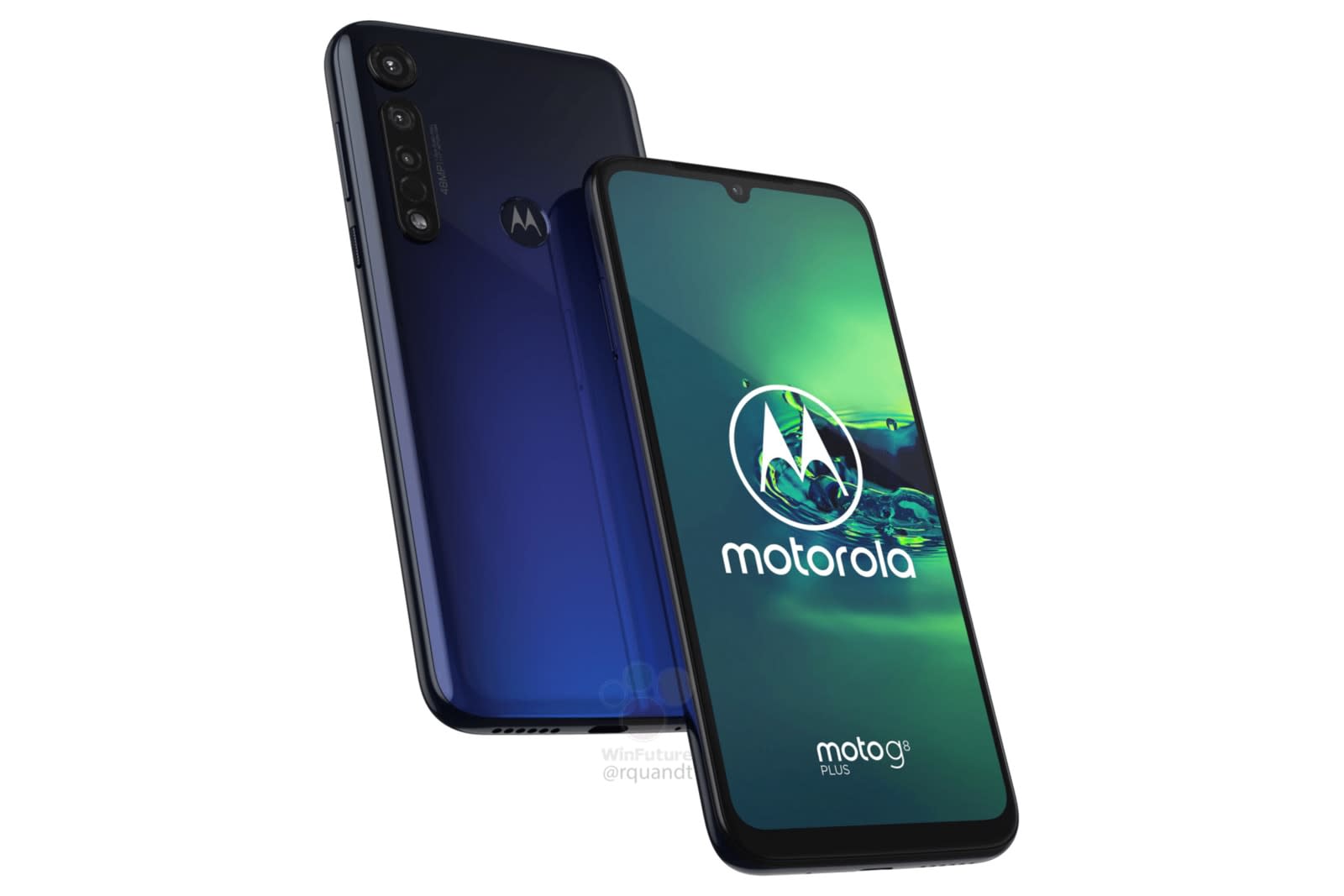 The Moto G7 family is barely months old, but that apparently isn't stopping Motorola from readying a quick follow up. Both WinFuture and Mobilkopen claim to have leaks of Moto G8 devices, and the headlining Moto G8 Plus appears to borrow features from the One series, just in a more affordable design. You'd get a three-camera setup on the back that would include a 48-megapixel main sensor, a 117-degree wide-angle "action cam," a five-megapixel depth camera for portrait shots and laser autofocus. Outside of telephoto shots, you wouldn't be hurting for photographic options.

The G8 Plus would also stuff in a large 4,000mAh battery (the G7 Plus had 'just' a 3,000mAh pack) to help it comfortably last through the day, while a Snapdragon 665 chip could give it a speed boost over the 632 from its predecessor. Its display wouldn't be anything to write home about as a notched, 6.3-inch 2,280 x 1,080 LCD, but that's still sizeable for a mid-range device.

The regular G8, meanwhile, appears to ditch the laser autofocus while otherwise preserving a large part of the design. It's not clear what other sacrifices are being made in the name of cost, but we wouldn't rule out screen and memory differences.

Provided the leaks are on the mark, you could see Motorola unveil the G8 series at a event in Brazil (arguably the Moto G's core market) on October 24th. G-series phones tend to reach the US, so it's highly likely you'll get to buy one soon after. It's just a question of whether the whole series is available stateside. Motorola sometimes doesn't sell particular Moto G variants in the US, so you may have to make do with what's available.

In this article: android, gear, lenovo, mobile, moto g8, moto g8 plus, motorola, smartphone
All products recommended by Engadget are selected by our editorial team, independent of our parent company. Some of our stories include affiliate links. If you buy something through one of these links, we may earn an affiliate commission.