As the 2019-2020 NBA season gets ready to tip off on October 22nd, Nike has unveiled new colors of its signature basketball sneakers for opening week. One of those is the KD12 "YouTube," the latest edition of Kevin Durant's performance shoe that's themed after Google's video service. And while Durant won't make his debut for the Brooklyn Nets until sometime next year, due to a ruptured Achilles tendon suffered last season, Nike wanted to create a design to show his love for YouTube as a way to connect with fans. Durant joined YouTube in 2017, and has since used his channel to post videos about him traveling and meeting people around the world.

Since this is a YouTube-themed sneaker, the KD12 YouTube features mostly red and white colors throughout. Those design cues are complemented by co-branded graphics: On the tongue, there's a logo with "Kevin Durant" alongside the YouTube "Play" button, while on the heel you'll find a pull tab that says "Skip Ad." We have all probably skipped ads on YouTube at a point in our lives, so that "Skip Ad" touch from Nike on the KD12 is definitely going to hit close to home. 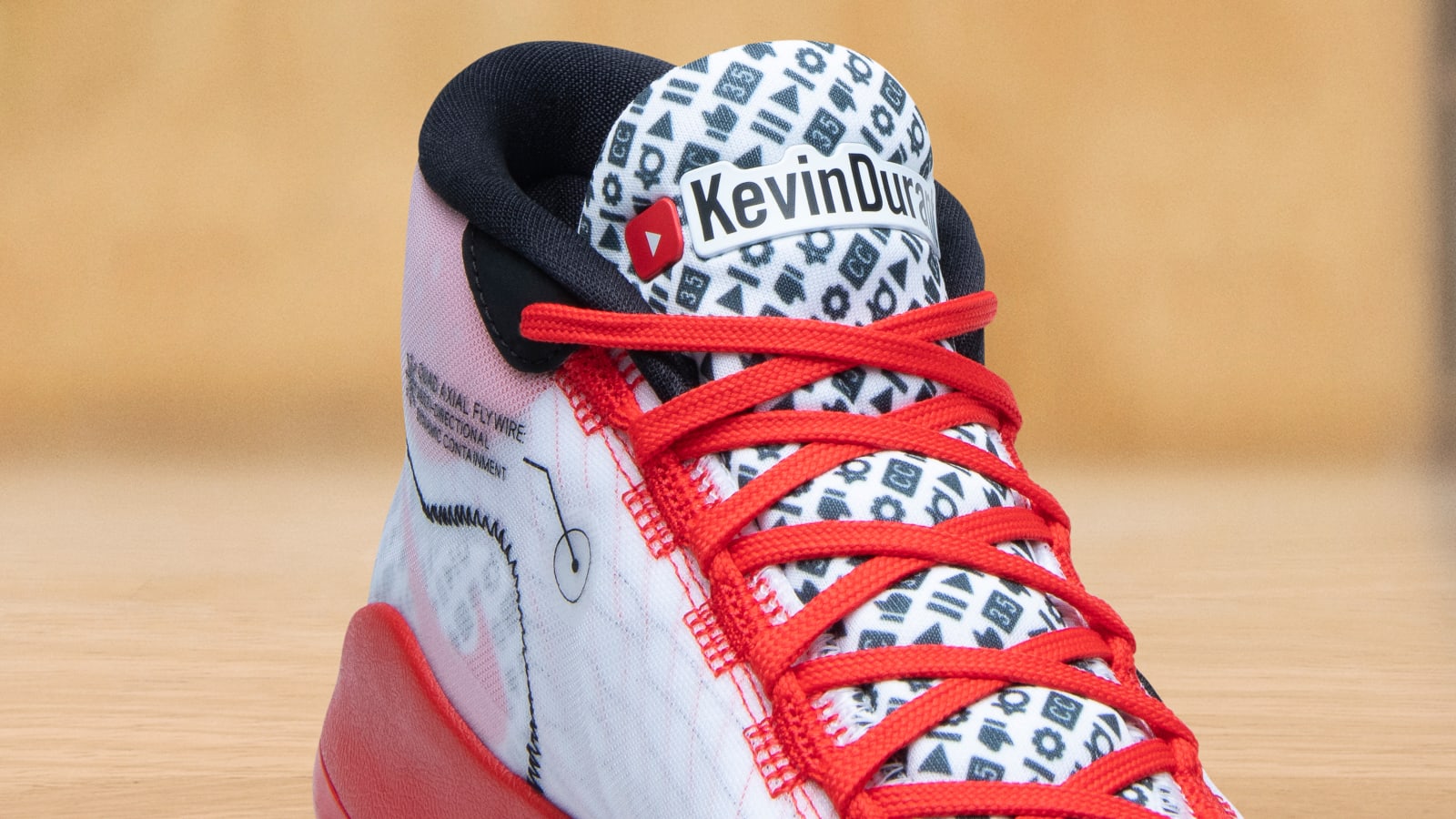 Ultimately, Durant says he wanted his YouTube sneakers to represent his enthusiasm for the platform -- and the result is a bold pair that looks great. For Nike, of course it isn't the first time it collaborates with a tech company on a pair of special edition basketball sneakers. Just last year, Nike introduced the PG 2.5 x PlayStation for the LA Clippers' Paul George, which paid homage to Sony's classic console.

Up next, perhaps Nike should create a pair for Durant that's Twitter-themed, because we all know how much he loves to tweet -- even if sometimes he has to do it from a ghost account. Since that's probably never going to happen, though, you can get the Nike KD12 "YouTube" on October 26th for $150.

/4
All products recommended by Engadget are selected by our editorial team, independent of our parent company. Some of our stories include affiliate links. If you buy something through one of these links, we may earn an affiliate commission. All prices are correct at the time of publishing.
View All Comments
Nike opens NBA season with YouTube-themed Kevin Durant sneakers