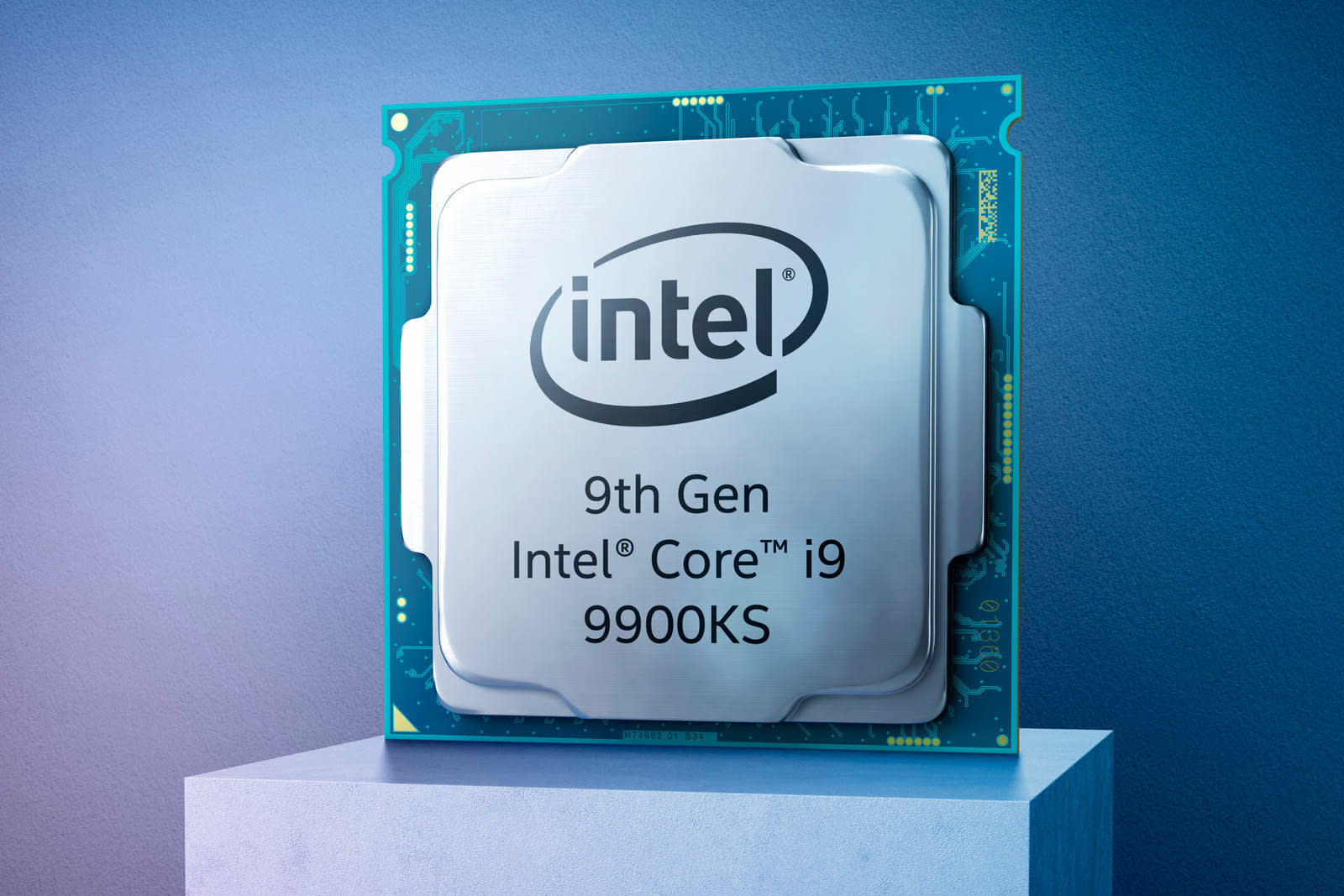 Are you determined to have the best Intel gaming CPU on the block without splurging on an X-series? You'll soon have a chance to pick one up. Intel has revealed that its special edition Core i9-9900KS processor will be available on October 30th at a recommended price of $513. If you'll recall, this is really a top-binned version of the 9900K that can reach a 5GHz turbo speed across all eight cores rather than one, and hit a base speed of 4GHz instead of 3.6GHz. It won't represent a major leap in performance (especially if you're used to overclocking), but it could make a difference in games that make good use of multiple cores.

Intel needs this launch to some extent. AMD is slated to release its 16-core Ryzen 9 3950X in November, and the more comparably priced 12-core 3900X is already available. The 9900KS may be tempting for gamers who are on the fence and are more interested in having the highest-possible factory clock speeds (or insist on Intel tech) than loading up on additional cores.

In this article: core i9, core i9-9900ks, cpu, desktop, gaming, gear, i9-9900ks, intel, personal computing, personalcomputing, processor
All products recommended by Engadget are selected by our editorial team, independent of our parent company. Some of our stories include affiliate links. If you buy something through one of these links, we may earn an affiliate commission.