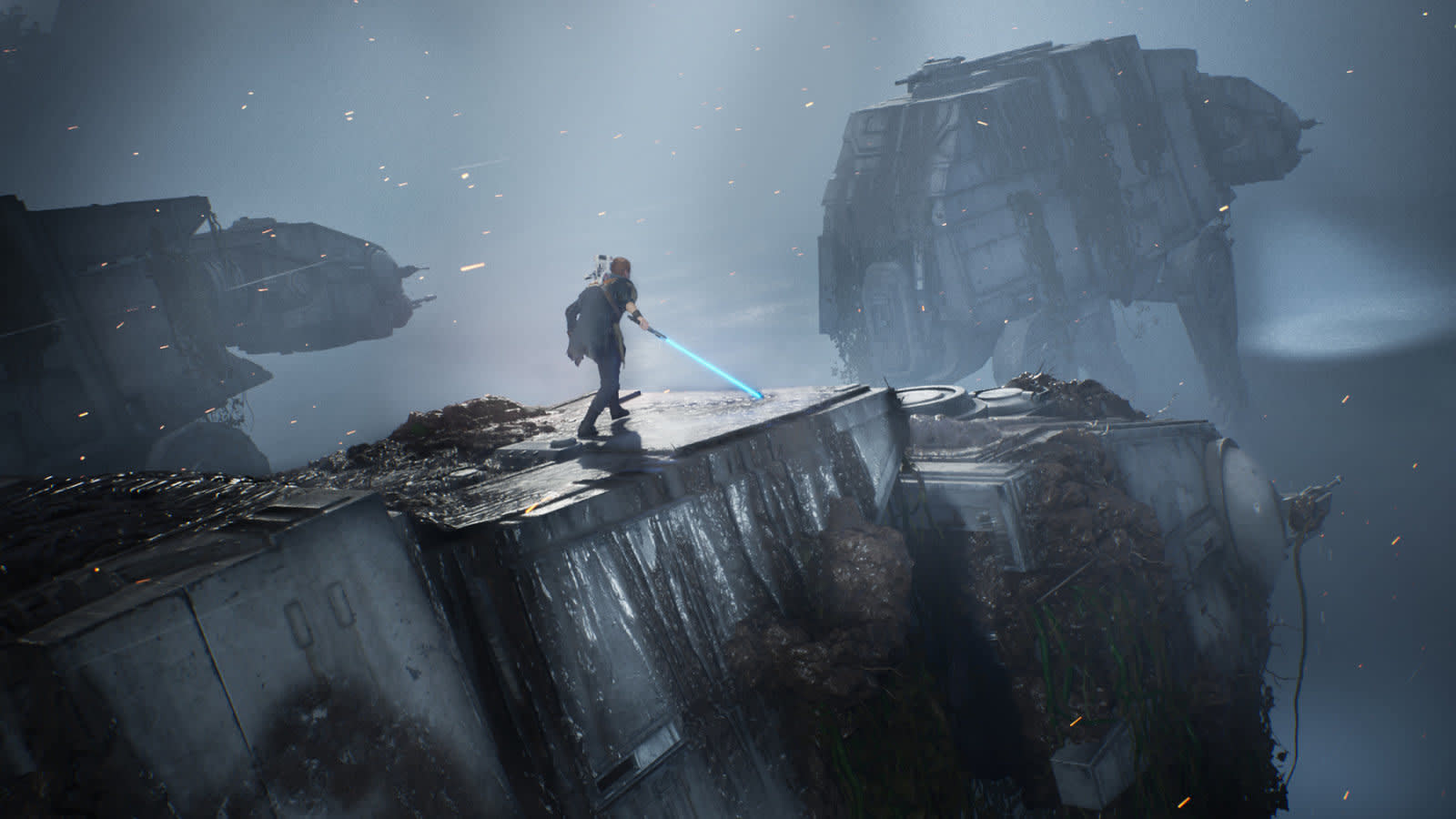 In the near future, you'll be able to buy new EA games through Steam once again, and start them directly from Valve's launcher. The publisher is teaming up with the storefront to offer the EA Access service there as well. Their tie-up will get underway next month, when you'll be able to buy Star Wars Jedi: Fallen Order through Steam. Respawn's take on the Star Wars universe is set to arrive November 15th and Steam pre-orders open today.

EA teased the return of its games to Steam last week, with a nudge-nudge, wink-wink video of an EA mug with steam coming out of the top. Other EA games will arrive on the platform in the coming months, including The Sims 4 and Unravel 2. Multiplayer titles such as Apex Legends, FIFA 20 and Battlefield V will be available next year, with players on Steam and Origin being able to play together. If you're interested in using the EA Access subscription service through Steam, to keep your games library in one place as much as possible, you'll be able to do so next spring.

The publisher stopped selling new games through other PC storefronts several years ago in favor of Origin, but now it's relenting as it wants to make its games more widely available (to wit, EA Access recently debuted on PS4). For more details about how the EA-Steam partnership will work, Engadget spoke with EA senior vice president Mike Blank. You can read about that here.

In this article: apex legends, apexlegends, av, battlefield v, battlefieldv, business, ea, fifa 20, fifa20, gaming, services, star wars, star wars jedi fallen order, starwars, starwarsjedifallenorder, the sims 4, thesims4, unravel 2, unravel2
All products recommended by Engadget are selected by our editorial team, independent of our parent company. Some of our stories include affiliate links. If you buy something through one of these links, we may earn an affiliate commission.