Volocopter's massive utility drone can carry up to 440 pounds

While Volocopter's been busy working on its air taxis, it's also preparing to enter the utility drone market using a similar design. Much like the company's experimental 2X and upcoming VoloCity, the aptly-named VoloDrone announced today is yet another 18-rotor electric aircraft, which can be remote-controlled or set to a pre-planned route in autonomous mode. But instead of carrying passengers, the VoloDrone is designed to fit various types of cargo and equipment under its belly -- be it a box, an agricultural sprayer, a sling or disaster relief tools.

The VoloDrone shares many similar specs with the VoloCity, as it can carry the same maximum payload of 440 lbs (200 kg) at up to a slightly further distance of 25 miles (40 km), and it can reach the same top speed of 68 mph (110 km/h). At 9.2 m wide and 2.3 m tall, the VoloDrone takes up almost just as much space as its air taxi counterpart. Likewise, charging is done by way of battery swapping, which takes no more than five minutes. 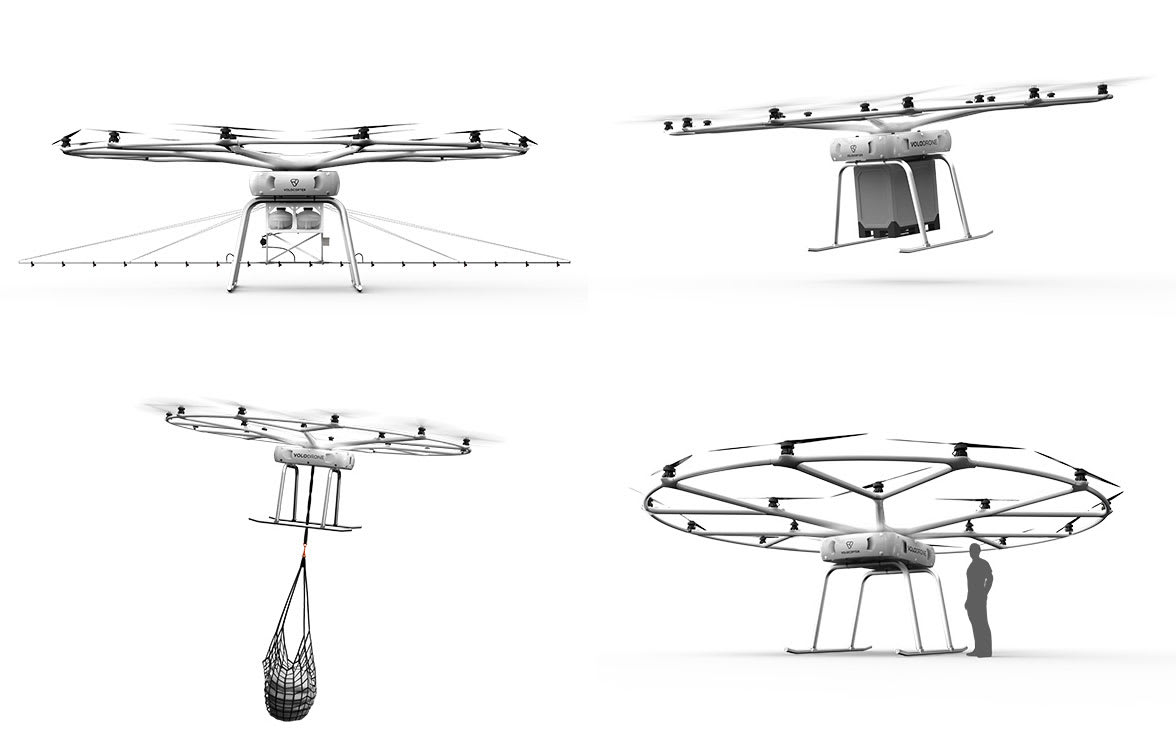 Volocopter's expansion into the utility drone business should come as no surprise. While the German company is already backed by the likes of Daimler and Geely, a multi-purpose industrial drone serves as a stepping stone -- both from a development and business standpoint -- into the far more challenging and unexplored air taxi market. Competitors such as Lilium, Kitty Hawk and Uber have also been making noise in this space recently, but with the exception of Uber, most of them appear to be focusing on passenger aircrafts. As for cargo drones, Boeing has been developing one that's capable of carrying up to 500 pounds (227 kg). 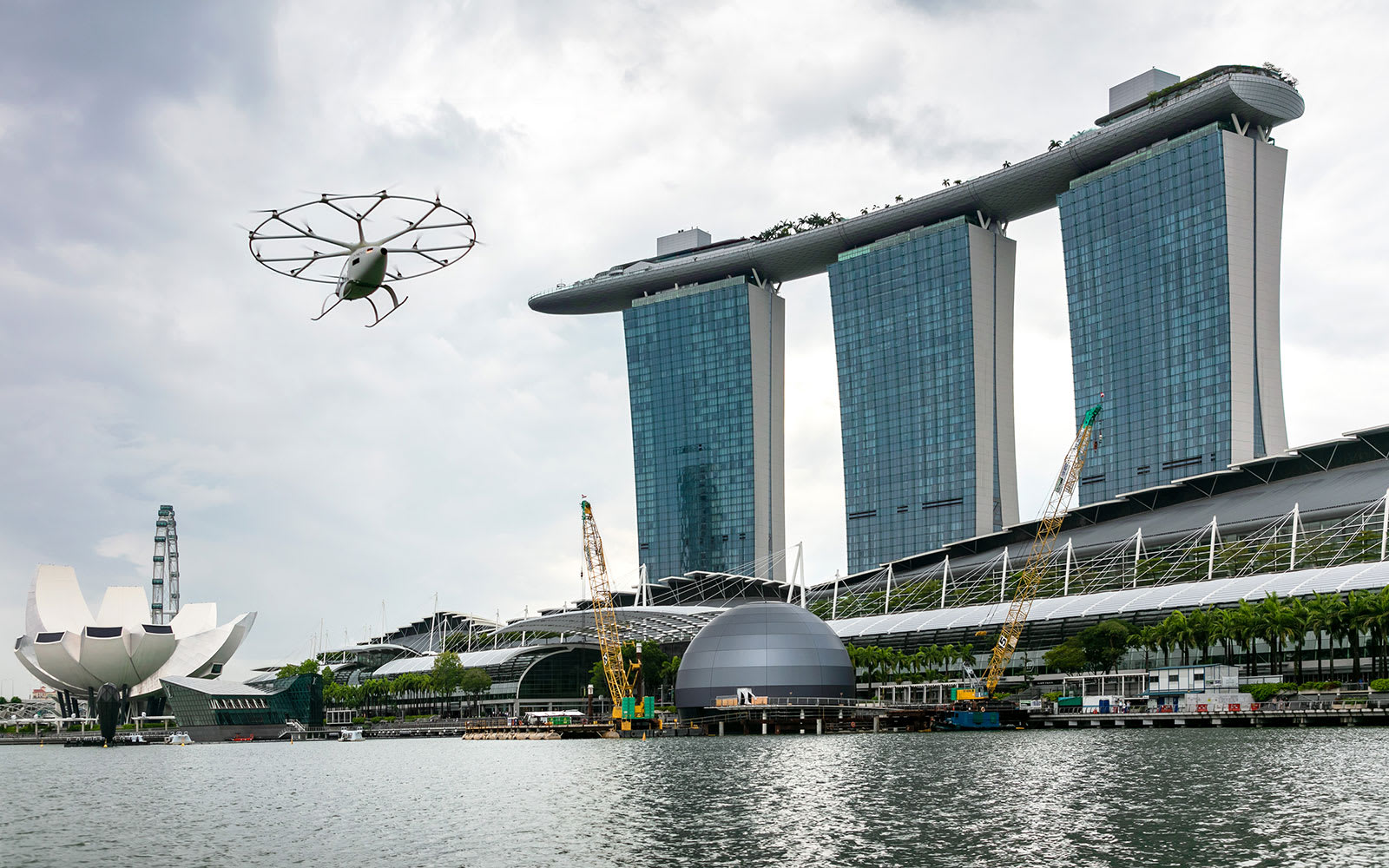 It wasn't until last week when Volocopter successfully conducted its first-ever public demo flight which took place in Marina Bay, Singapore, albeit for merely two minutes and being manned by an onboard pilot. Still, that was already a long way from the team's frightful startup days, and today, it's playing the long game -- its air traffic control system even takes legacy air transportation into account, which is obviously key to the foundation of the air taxi industry.

There's no word on when we can expect to see a VoloDrone in the skies -- the company only said "in the near future." On the other hand, the VoloCity two-seater may enter service within the next two to four years, with Singapore being a likely candidate for the first hub in South East Asia.