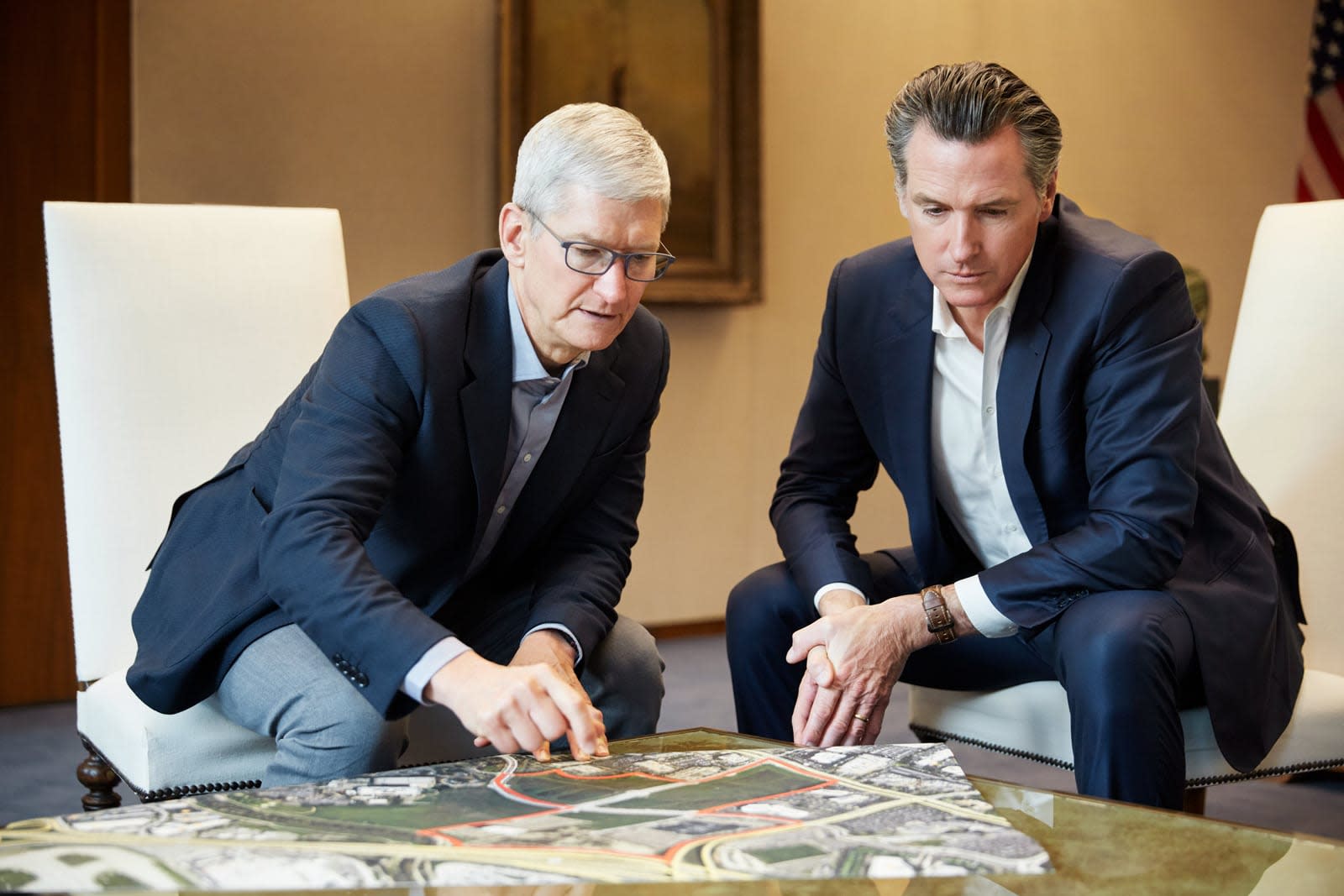 Apple is joining Facebook, Google and Microsoft in acknowledging that tech companies are contributing to housing problems. It's pledging a total of $2.5 billion toward more available (and importantly, more accessible) housing in California. Most of this will go directly toward lowering costs. It's launching a $1 billion affordable housing investment fund, and another $1 billion fund for first-time homebuyer mortgage assistance. The company is also committing $300 million to make some of its San Jose land available for affordable housing, creating a $150 million fund for San Francisco Bay Area housing and donating $50 million to Destination: Home in order to foster "systemic change" that reduces homelessness across Silicon Valley.

The promised money should see full use within the next two years. Apple has promised to pour any leftover money back into other projects over the next five years.

Cook characterized the plan as a recognition of its "profound civic responsibility" to its hometown, and noted that lower-cost housing meant "stability and dignity, opportunity and pride." The current path was "unsustainable," the executive said.

Of course, there are pragmatic reasons for the investment as well. The more people leave the area to avoid its soaring housing costs (roughly 30,000 people left San Francisco just between April and June), the fewer recruits Apple has. Those prices also force Apple to increase salaries and otherwise spend on perks to keep people from leaving. What the company spends now it might recoup by accessing a wider pool of talent and keeping its employment costs in check. There's also the simple matter of earning goodwill with politicians -- it may have an easier time forwarding its agendas if it improves California's communities.

In this article: apple, business, california, gear, homes, housing, san francisco bay area, silicon valley, tomorrow
All products recommended by Engadget are selected by our editorial team, independent of our parent company. Some of our stories include affiliate links. If you buy something through one of these links, we may earn an affiliate commission.