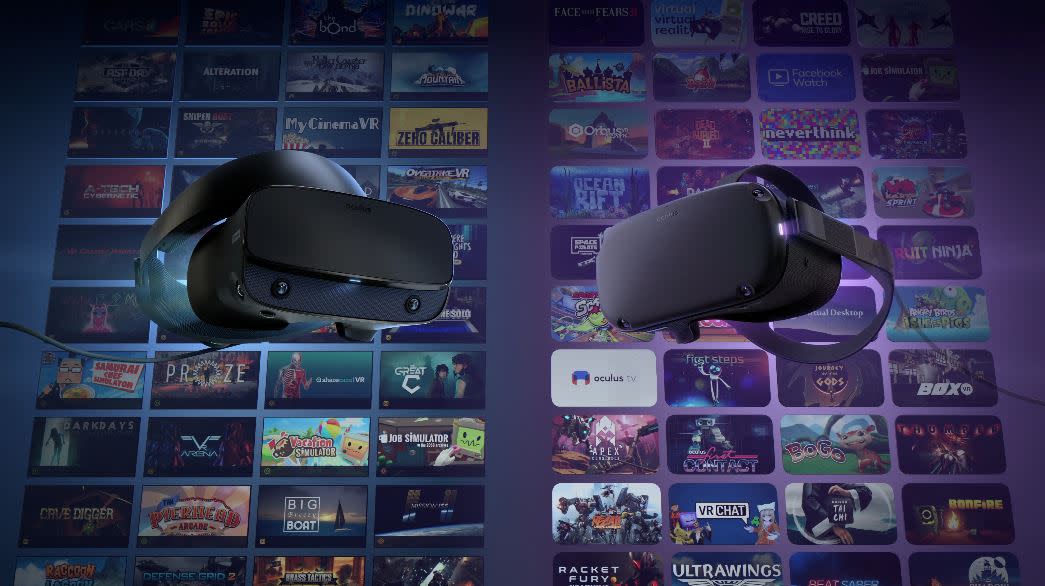 We've described the Oculus Quest as the best standalone wireless VR headset yet, but there was one feature missing from the system: the ability to plug the headset into a PC. That feature is coming, with the Oculus Link software which is launching today in beta.

With Oculus Link, Quest owners can access the entire library of Rift PC games via a USB-C cable. We tried out the Link feature at Oculus Connect 6 and were impressed by the simplicity of the setup: you just plug in the Quest and the Oculus Desktop software recognizes both the headset and the controllers.

Once connected, you can use the Quest to play Rift games like Asgard's Wrath and Stormland much like you would on a Rift S. You can also purchase games through the Rift Store and access non-gaming features like the 3D-modelled Oculus Home and the Dash central hub.

The Link software will work with most third-party cables, or you can wait for Oculus to release its own premium 5-meter-long cable with a right angle connector later this year.

With the introduction of all these new features for the Quest, it can now do practically everything the Rift S can do. To try it for yourself, Oculus will be rolling out the Link software in beta mode starting today.

In this article: gear, oculus link, oculus quest, oculus rift, personal computing, personalcomputing
All products recommended by Engadget are selected by our editorial team, independent of our parent company. Some of our stories include affiliate links. If you buy something through one of these links, we may earn an affiliate commission.