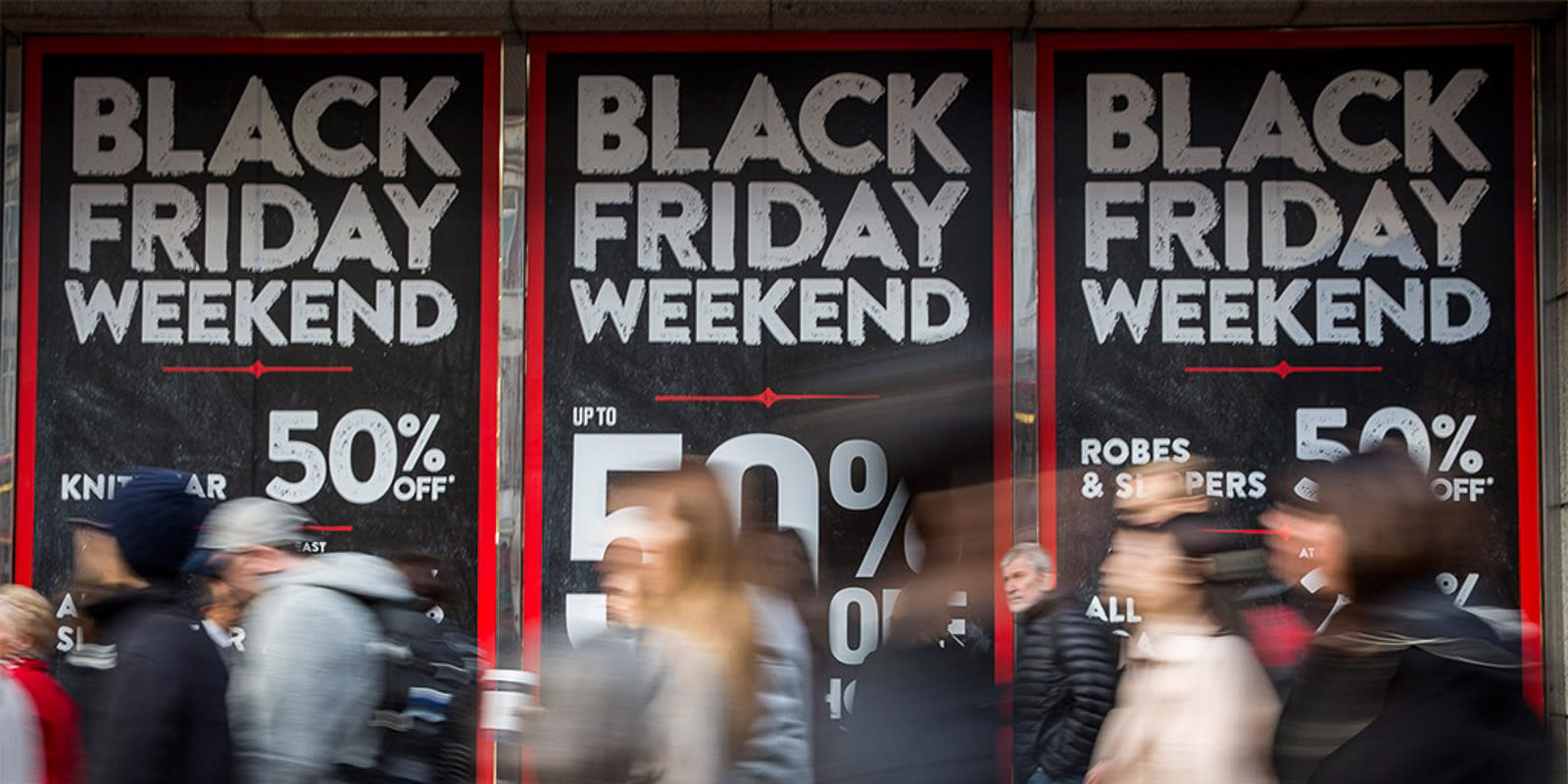 To make the most of Black Friday, follow the Wirecutter Deals page throughout the event, where we'll be updating our list of researched deals that are actually worth your time. See Wirecutter's latest deals here.

Black Friday is a highly anticipated day for shoppers who can't resist a good deal. For others, it's an overwhelming 24-hour marathon where the pressure to buy anything (everything?) feels unbearable. For me, watching a timer tick down the minutes until the discounts expire makes me panic, and most years I wind up buying nothing.

But there's no longer a reason to panic on Black Friday. Through our obsessive price tracking and deal finding for the Wirecutter Deals page and daily deals newsletter, my coworkers and I know that some bargains get posted as early as November 1, turning Black Friday from one high-stress day into an entire month rich with discounts. That ticking clock creates a sense of urgency, and sometimes, you do have to be quick to buy a deal before it expires. More often than not, though, you can take an extra few minutes to verify details and really think about your needs.

To help reduce your stress on Black Friday, here are five things the Wirecutter Deals team thinks you should avoid this year while you hunt for the best deals on the items you actually need.

Remember hoverboards and fidget spinners? We've all fallen for culture-consuming fads at one time or another, spending money on something that won't be around by the end of the year. Even if you think you're impervious, stores may tempt you this Black Friday: According to my colleague, Wirecutter Deals editor Nathan Burrow, this holiday usually offers heavy discounts on trendy items. For example, this year you're likely to see impressive price drops on electric scooters. Though they've become ubiquitous, popping up in cities alongside short-term rental bikes, according to our testing, they're unreliable, faulty, and, in some cases, dangerous. Resist until you've done your research and are sure you'll feel the same way about the gadget a few months from now.

Most people think Black Friday is the best time of year to buy big-ticket items. That's not necessarily the case, especially if you're shopping for expensive exercise equipment. January offers some of the best deals we see on treadmills and ellipticals. Though there are rare cases during Cyber Week where you'll find low prices on home exercise machines that match January's discounts, you're better off waiting to make your purchase. Not only will the items be more steadily available, but there's also a better chance you'll put that treadmill to use immediately. Let's face it: You'll likely put your workouts on hold until you have a New Year's resolution to work on.

You don't have to rush Walmart to nab great deals. You don't even have to be glued to your phone for website deals before dawn—we know from years of experience that it's almost never worth it. "The 'doorbusters' are often on items that aren't worth busting doors for," Burrow said. The 55-inch TVs that drop to $200 are normally no-name brands; the vacuums with price tags that fall a few hundred dollars aren't Dysons. If lining up at midnight is something your family considers a time-honored tradition, we won't stop you. But keep in mind that most times, you're better off passing on the meh deals that are thrown your way.

Last year, Burrow snagged a great Black Friday deal on six 75-ounce jugs of laundry detergent. It wasn't until the 50-pound package arrived on his doorstep that he realized he didn't have the space to store his bounty. Though he hasn't needed to replenish his stock yet, the jugs clutter his basement, blocking the footpath to the rest of his storage space. This is why buying in bulk is almost always better in theory than in practice. The same goes for buying anything perishable, said Burrow, who also purchased a 100-pack of Peet's Coffee espresso capsules that he was unable to finish before they expired.

Anything you already have

Burrow has a weakness for Bluetooth speakers: Though he already has two that are perfectly functional, he still found himself purchasing a third when the price fell to a new low on Black Friday last year. Now that he's spent a few hundred dollars on different versions of the same product, he confidently suggests you avoid buying more of the same thing—no matter how good the discount may be. "Don't invent a reason to own something just because the price is great," he advised. Instead, look for discounts on finds that will bring new joy to your life.

Sign up for our newsletter to get the best Black Friday deals on our tested picks sent directly to your inbox. Or see the latest deals now.

In this article: blackfriday2019, gadgetry, gadgets, gear, partner, syndicated, thewirecutter, wirecutter
All products recommended by Engadget are selected by our editorial team, independent of our parent company. Some of our stories include affiliate links. If you buy something through one of these links, we may earn an affiliate commission.