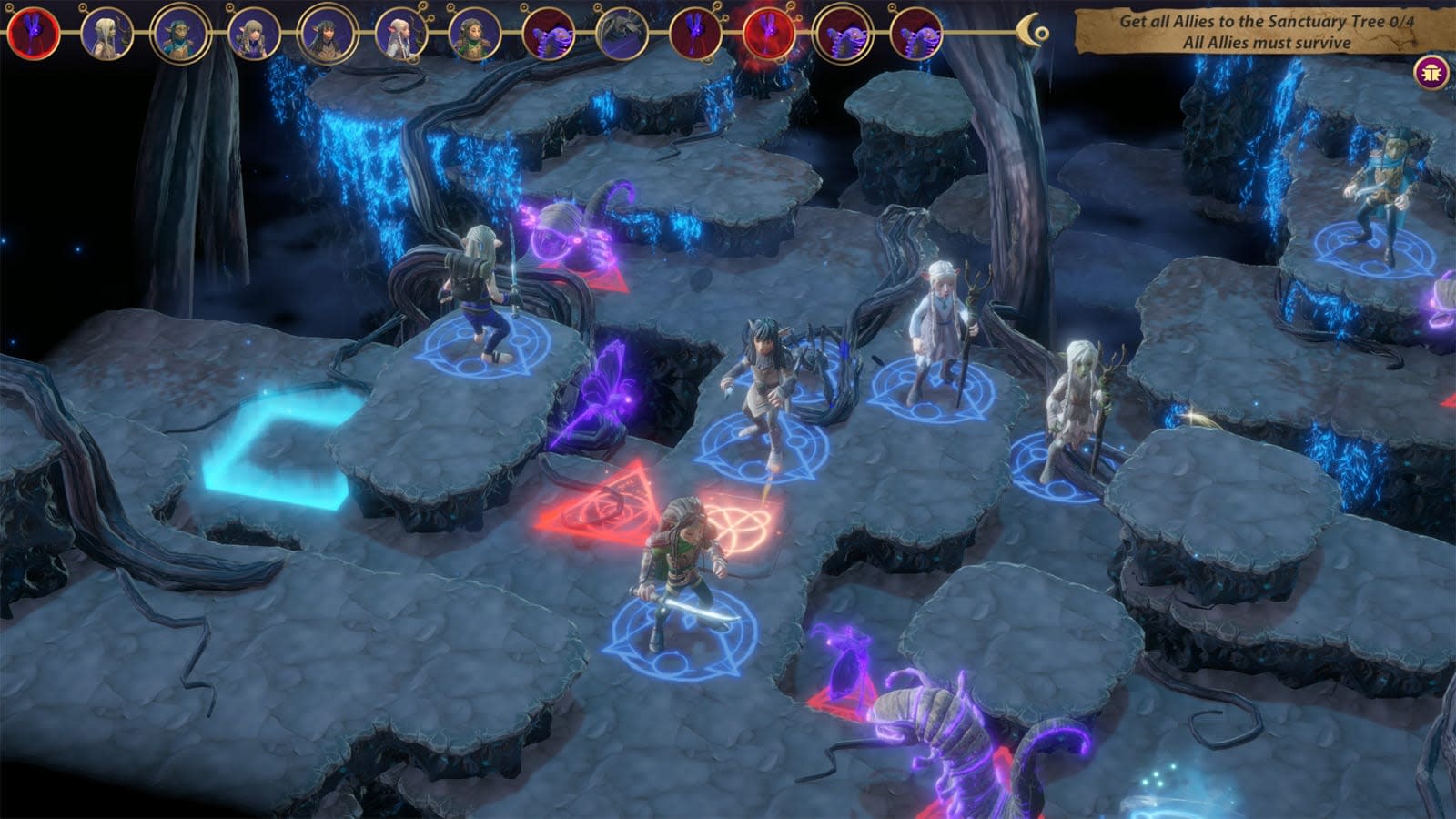 If you've been craving another Netflix-linked video game, you'll have to wait a little bit longer. BonusXP and En Masse have revealed that The Dark Crystal: Age of Resistance Tactics will debut on February 4th, 2020 -- so much for that 2019 target. It might be worth the extra wait if you felt the Netflix series wasn't enough, though. The title for PS4, Switch, Xbox One, Mac and PC has you playing both through "and beyond" the story from the show, including its main characters (such as Aughra and Deet).

The developers are aiming to serve both veterans of turn-based tactics games and newcomers to the concept, as you might expect for a game banking on a well-known fantasy universe. There's also a fair amount of depth. The finished title will include over 50 campaign battles, and you can both recruit new fighters as well as customize them with "jobs," abilities and gear. You might have plenty of replayability, then, if just to see whether or not you can lead your Gelflings to more resounding victories.

In this article: av, bonusxp, dark crystal, dark crystal age of resistance, dark crystal age of resistance tactics, en masse entertainment, games, gaming, mac, netflix, personal computing, personalcomputing, ps4, steam, switch, video, video games, xbox one
All products recommended by Engadget are selected by our editorial team, independent of our parent company. Some of our stories include affiliate links. If you buy something through one of these links, we may earn an affiliate commission.