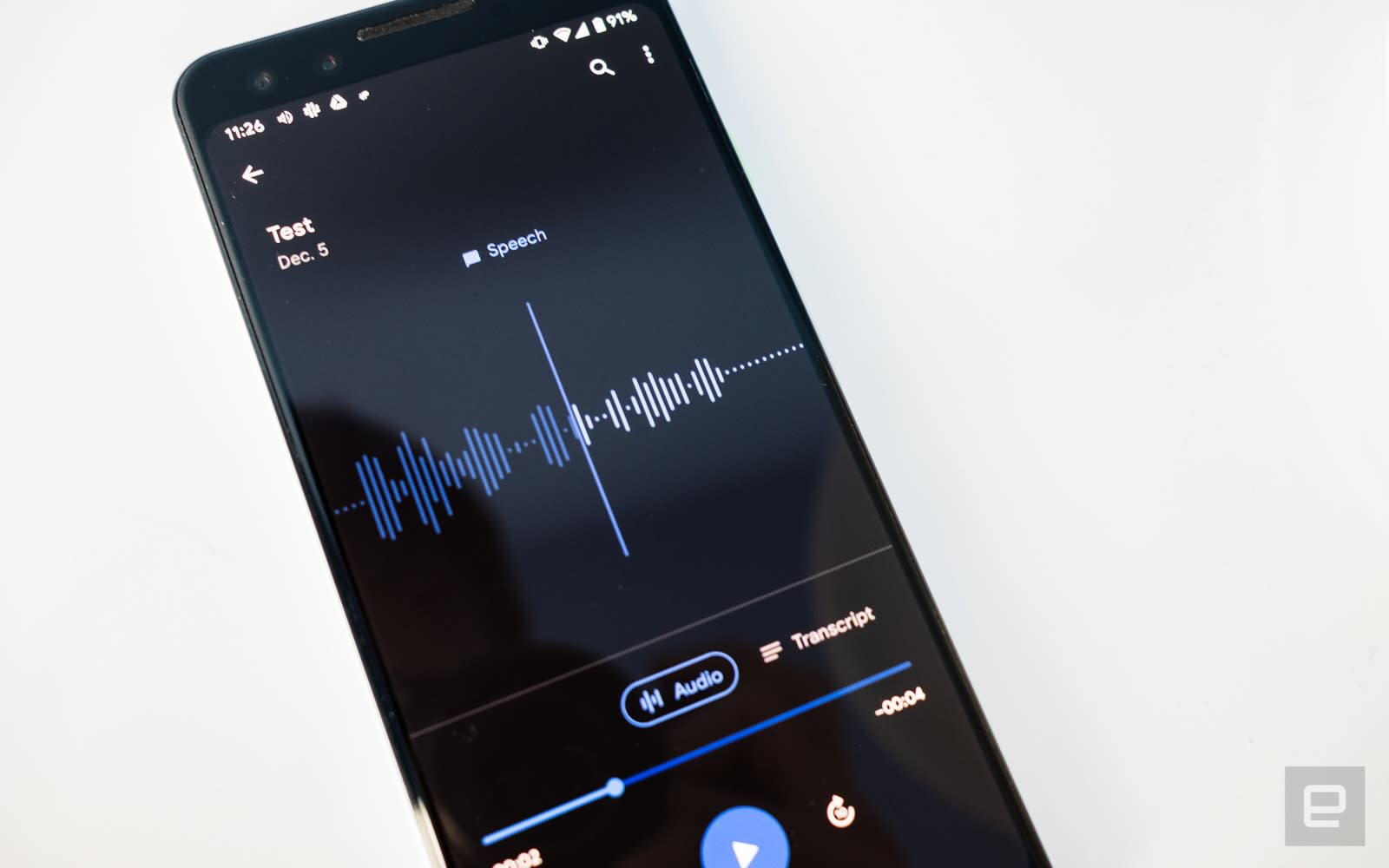 Over its last few Pixel cycles, Google has made a point of bringing some features of its most recent phone to other devices. This week, for instance, Pixel 4's live audio captioning tool expanded to Pixel 3 and 3a devices. Now, owners of older Pixel handsets can check out one of Pixel 4's niftier aspects: the Recorder app that can capture and transcribe audio simultaneously.

Google said last month it'd make Recorder available for older Pixels. On Thursday, it updated the app, which should now pop up in the Play Store for other supported Pixels, namely Pixel 2 and later devices. However, it doesn't seem to work on the original Pixel -- at least not officially.

As is the case with many other apps, it might run just fine on other Android devices. Some users have been sideloading the Recorder APK to their phones. The app crashed when some of them tried to launch it, though Android Police suggests the update might have resolved the issue.

In this article: app, gear, google, google pixel, google recorder, googlepixel, googlerecorder, mobile, pixel, pixel 2, pixel 3, pixel 3a, pixel2, pixel3, pixel3a, recorder, recorder app, recorderapp, services
All products recommended by Engadget are selected by our editorial team, independent of our parent company. Some of our stories include affiliate links. If you buy something through one of these links, we may earn an affiliate commission.