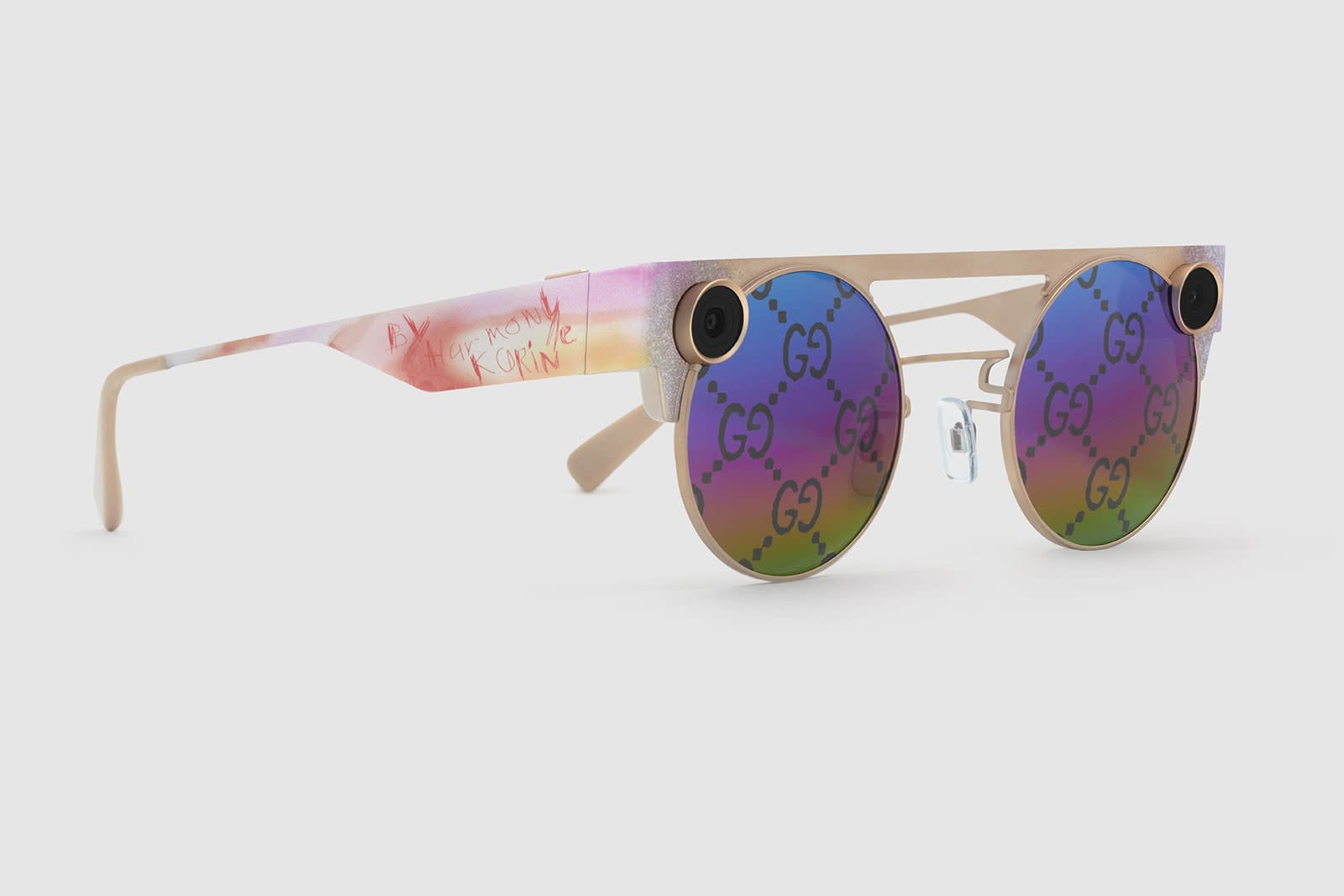 Snap is going all out to promote its latest Spectacles 3 AR glasses with a Gucci fashion collaboration and strange arty film by Spring Breakers director Harmony Korine. The limited edition "Spectacles x Gucci" design was also done by Korine. "Hand-painted in highly saturated tones, the color palette can be seen in Harmony's paintings and photography work," Snap wrote in a press release.

The design also takes cues from the Korine's new film, which was shot on Spectacles 3 and enhanced with 3D effects made specifically for the film. Set in Miami, it features a couple of panda furries, a guy with headphones in a hot-dog costume and plenty of pastel-colored Snap effects. Snap described it as an "unbridled dreamscape of sound and color," but most Miami residents would probably call it "a Tuesday." The film premiered yesterday evening at Art Basel in Miami Beach.

While the content may not be for everyone, the idea of shooting a short film on Spectacles 3 is pretty novel. "By combining a first-person point of view and 3D Effects, the sunglasses inhabit their own hyper-personal universe, and helped inspire the multi-sensory experience of Duck Duck -- like you can walk into this world when you watch it," said Korine in a statement. (Also, shooting a serious film using Spectacles looks hilarious, judging by the "making of" film below.)

The main appeal of Spectacles 3 is the dual-camera setup that let you capture the world in 3D. Though you can't actually see stereoscopic 3D, you'll get the feeling of depth when you view the videos on Snap and move your phone around. The main benefit, though, is the 3D filter feature. You can overlay those onto objects in the real world, so they'll interact with (and move behind) cars, tables and whatever else is in a scene. Snap's latest glasses are also more fashion-forward than the previous models.

Snap's collab with Korine isn't the first, as he also worked on the company's Miami Beach Gucci-themed Christmas campaign. It's not clear whether Snap is going to sell the Gucci spectacles, but you can try them on virtually using the Snapchat app. Snap used Lens Studio to create all the 3D effects, and will make them available to all Spectacles 3 users starting on December 6th.

In this article: 3D, Augmented Reality, av, Duck Duck, gear, Gucci, Harmony Korine, Snap, Snapchat, Spectacles, Spectacles x Gucci, video, wearables
All products recommended by Engadget are selected by our editorial team, independent of our parent company. Some of our stories include affiliate links. If you buy something through one of these links, we may earn an affiliate commission.