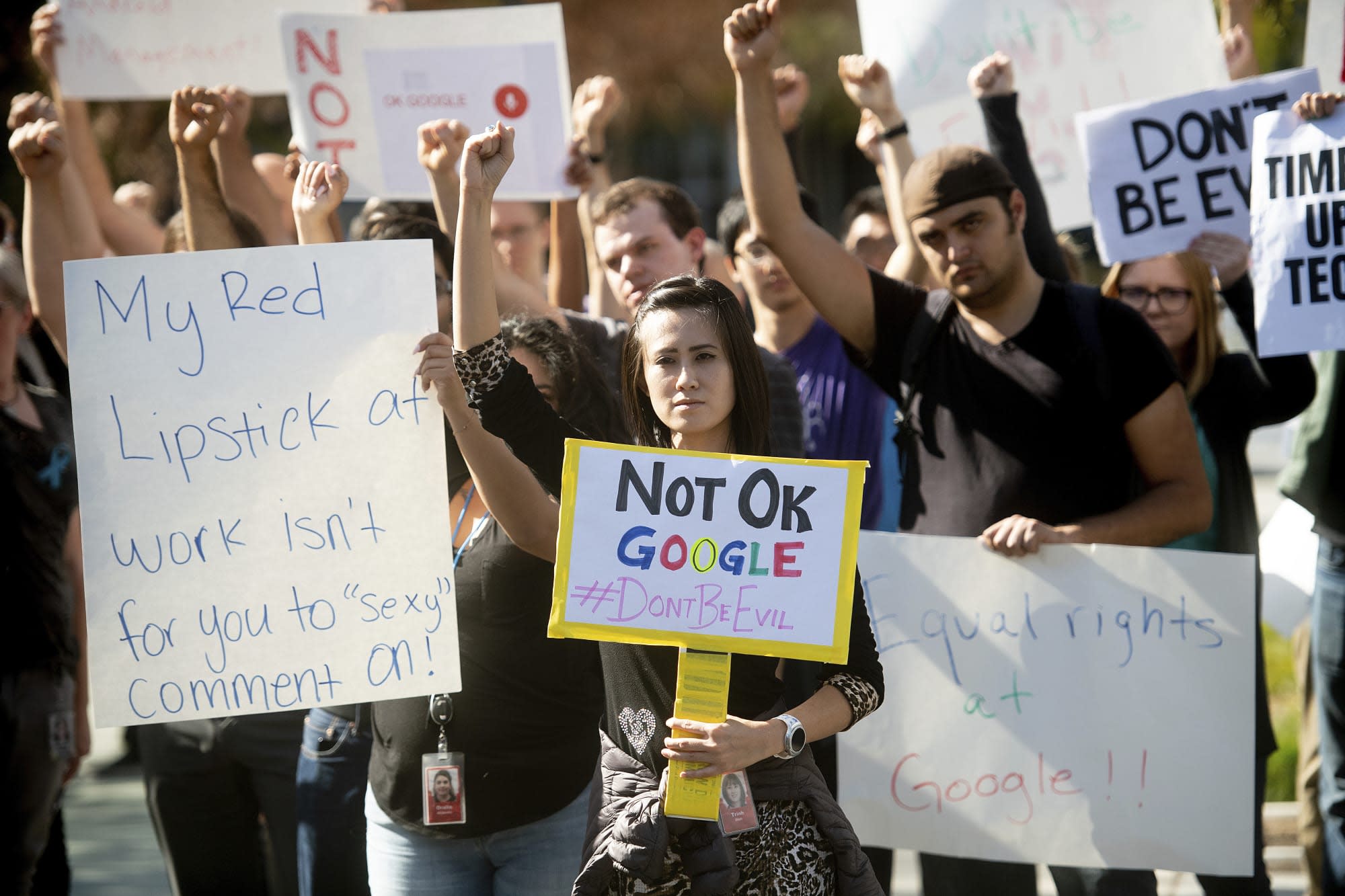 Concerns about working conditions at Google continue to escalate, and now Reuters reports that a labor union has taken up the case of former Google employees who say they were fired after participating in workplace activism.

The four employees in question were fired in November, for what the company claims were "clear and repeated violations" of data security policies. Google says the four had searched out information on other employees beyond the scope of their jobs. The former employees, for their part, say they were fired to scare other employees away from labor organizing.

The Communications Workers of America (CWA) union is filing a labor charge against Google's parent company, Alphabet, on behalf of the former employees. The filing says the workers were fired "to discourage and chill employees from engaging in protected concerted and union activities," and that Google's actions are "the antithesis of the freedoms and transparency it publicly touts."

Google has previously been accused of retaliation against workers who organized a walkout to protest the handling of sexual harassment cases. Reports in the last year have claimed that Google has a "retaliation culture" with multiple employees saying they faced punitive measures for engaging in labor activism.

The complaint by the CWA means there will be an investigation by the National Labor Relations Board into whether Google violated employees' rights.

In this article: business, Communications Workers of America, gear, google, google protests, labor rights, National Labor Relations Board
All products recommended by Engadget are selected by our editorial team, independent of our parent company. Some of our stories include affiliate links. If you buy something through one of these links, we may earn an affiliate commission.
Share
Tweet
Share