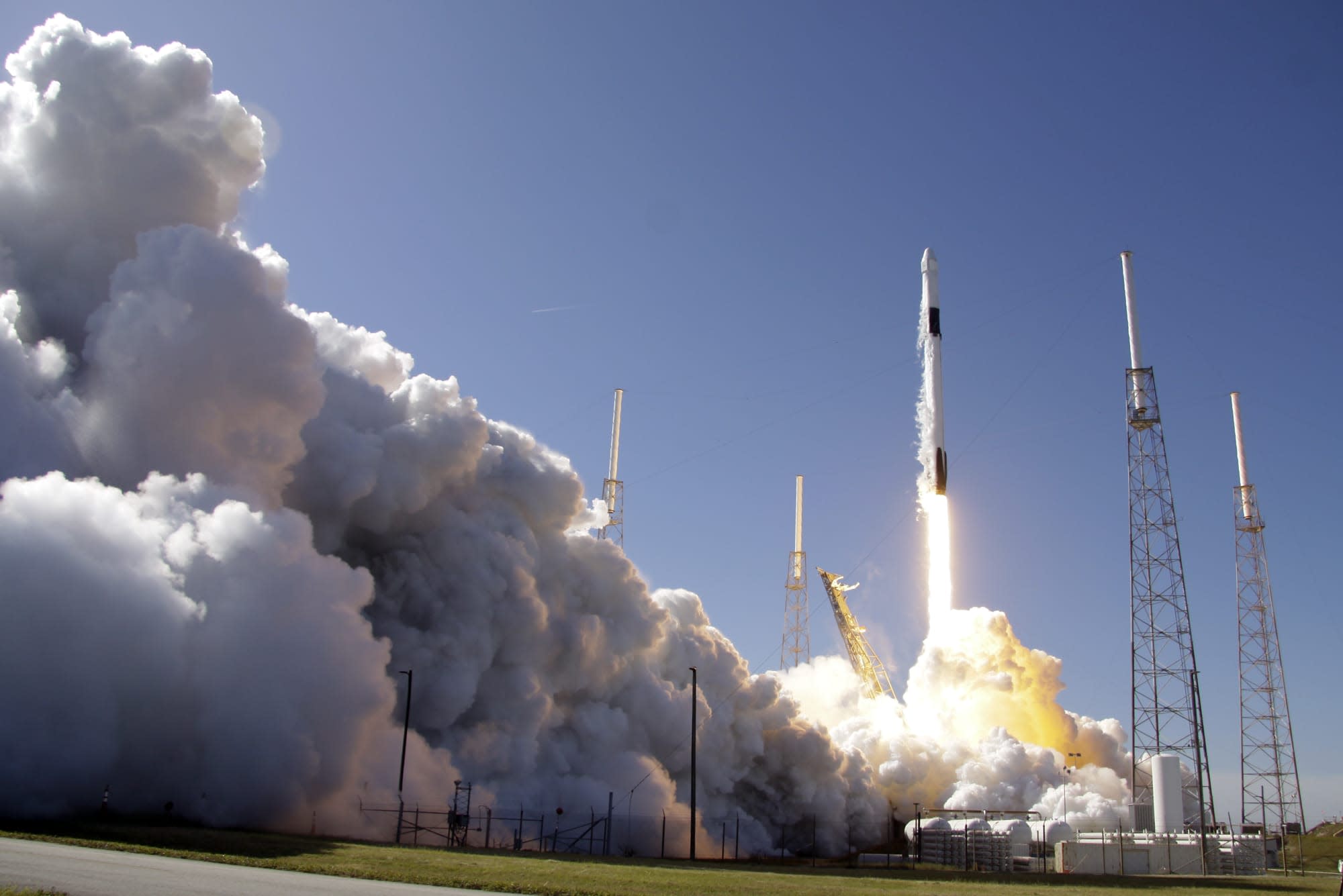 Later today, in what will likely be its last mission of 2019, SpaceX will attempt to recover the entire nose cone section of one of its Falcon 9 rockets. If successful and the rocket itself is able to land on SpaceX's recovery ship, it'll mark the first time the company has caught both pieces following a single launch.

If you've seen footage of a rocket launch, you'll have some sense of all the moving parts involved with trying to recover a nose cone -- even if you don't know the name of the components.

The nose cone of a rocket is made up of two halves, called the payload fairing. These shield the rocket's cargo during flight. Once the vehicle reaches orbit, they're designed to separate and fall back to earth, burning up on reentry or breaking apart once they hit the surface of the ocean. SpaceX, however, has developed a way to catch and reuse them.

By adding a guidance system, thrusters and a parachute to each fairing half, SpaceX can actively control their descent. On the planet's surface, the company will have two boats on patrol with massive nets, ready to catch the halves before they touch the ocean. In the past, SpaceX has only had the capability to recover one of the fairing halves because, as The Verge notes, the company only had one fairing boat at its disposal.

As for the payload the company will attempt to get into space, it's a dual-purpose communications satellite called JCSAT-18/Kacific1. Notably, the Kacific1 half is designed to provide internet access to underserved communities in Southeast Asia and the Pacific Island. SpaceX has used the rocket that will ferry the satellite in two previous missions.

You can watch the entire mission on the company's YouTube channel. If SpaceX can't launch the rocket tonight, it'll attempt to do so again tomorrow at the same time. For the moment, however, the weather at Cape Canaveral looks like it will cooperate.

Update: According to SpaceX, its two ships, Ms. Tree and Ms. Chief "narrowly" missed catching the fairing halves. However, all may not be lost -- Elon Musk tweeted that a soft touchdown could mean the parts are still reusable.

Telemetry indicates soft touchdown on the water, so fairing might still be reusable

In this article: Elon Musk, fairing, Falcon 9, landing, launch, recovery, space, SpaceX, tomorrow
All products recommended by Engadget are selected by our editorial team, independent of our parent company. Some of our stories include affiliate links. If you buy something through one of these links, we may earn an affiliate commission.