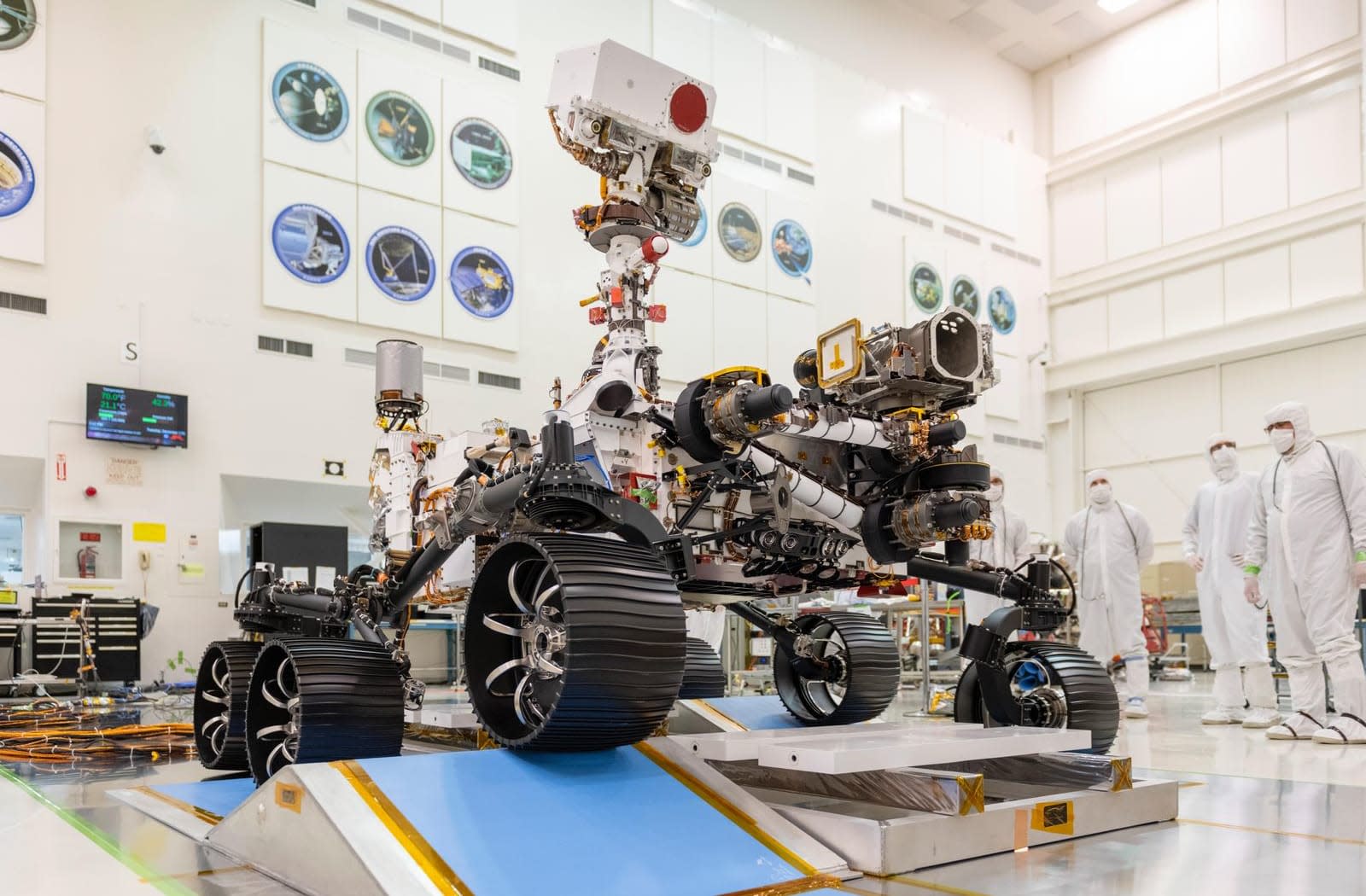 The Mars 2020 rover has completed its first drive almost half a year after getting its wheels. Rich Rieber, the project's lead mobility systems engineer, says the rover has "earned its driver's license." According to NASA JPL's announcement, it successfully steered, turned and drove in 3-foot increments over small ramps covered with special static-control mats. The rover's first drive happened during a 10-hour marathon, which demonstrated that all its systems were working well.

Rieber said in a statement:

"The test unambiguously proved that the rover can operate under its own weight and demonstrated many of the autonomous-navigation functions for the first time. This is a major milestone for Mars 2020."

The rover's ground team is optimistic that the rover will perform well on Mars if it was able to steer and drive itself on our planet, which has much stronger gravity than the red planet. After it arrives on Mars in 2021, it will have much more driving to do. Its creators gave it much better cameras (with higher resolution and wide field-of-view navigation) than its predecessors, an extra computer for more more power to process images and make maps, as well as a more sophisticated auto-navigation software. Those will give Mars 2020 the power to drive an average of 650 feet a day to search for signs of life and help shed light on the planet's climate and geology.

In this article: Mars 2020, NASA, rover, space, tomorrow
All products recommended by Engadget are selected by our editorial team, independent of our parent company. Some of our stories include affiliate links. If you buy something through one of these links, we may earn an affiliate commission.