NASA's New Horizons team has released the promised first images from its history-making flyby of (486958) 2014 MU69, and they're already shedding some light on the early Solar System -- while also raising some questions. The snapshots, captured from as close as 17,000 miles away, show that the 21-mile-long Kuiper Belt object is a "contact binary" where two spheres slowly collided and fused with each other. The two may have linked up "99 percent of the way" to the start of the Solar System, Johns Hopkins University APL said.

Capturing a true representation of 2014 MU69 is difficult, at least with the initial batch of pictures. There's a visible light camera onboard the New Horizons Probe (shown on the left), but the Long-Range Reconnaissance Imager (center) is much sharper. To create an accurate image (on the right), scientists had to produce a composite.

Higher-resolution pictures and additional scientific data will keep flowing over the "next weeks and months," the New Horizons team said.

It's a watershed moment for astronomy when no one has closely observed an object this distant before. However, it also comes with some controversy over the name. Scientists named originally named it Ultima Thule because the term infers that it's "beyond the limits of the known world." In practice, though, it also carries racist connotations. Nazis and other white supremacists use the term to refer to a mythological homeland for their culture. NASA and the New Horizons team told Newsweek that they'd kept the name because of its more innocent meaning, but it's hard to shake that stigma.

As it is, the name won't last long. The International Astronomical Union has final say over the definitive name (due by the end of 2019), and its criteria wouldn't allow NASA's current nickname. Don't get too comfortable, then -- whatever you prefer right now, that name is going to change. 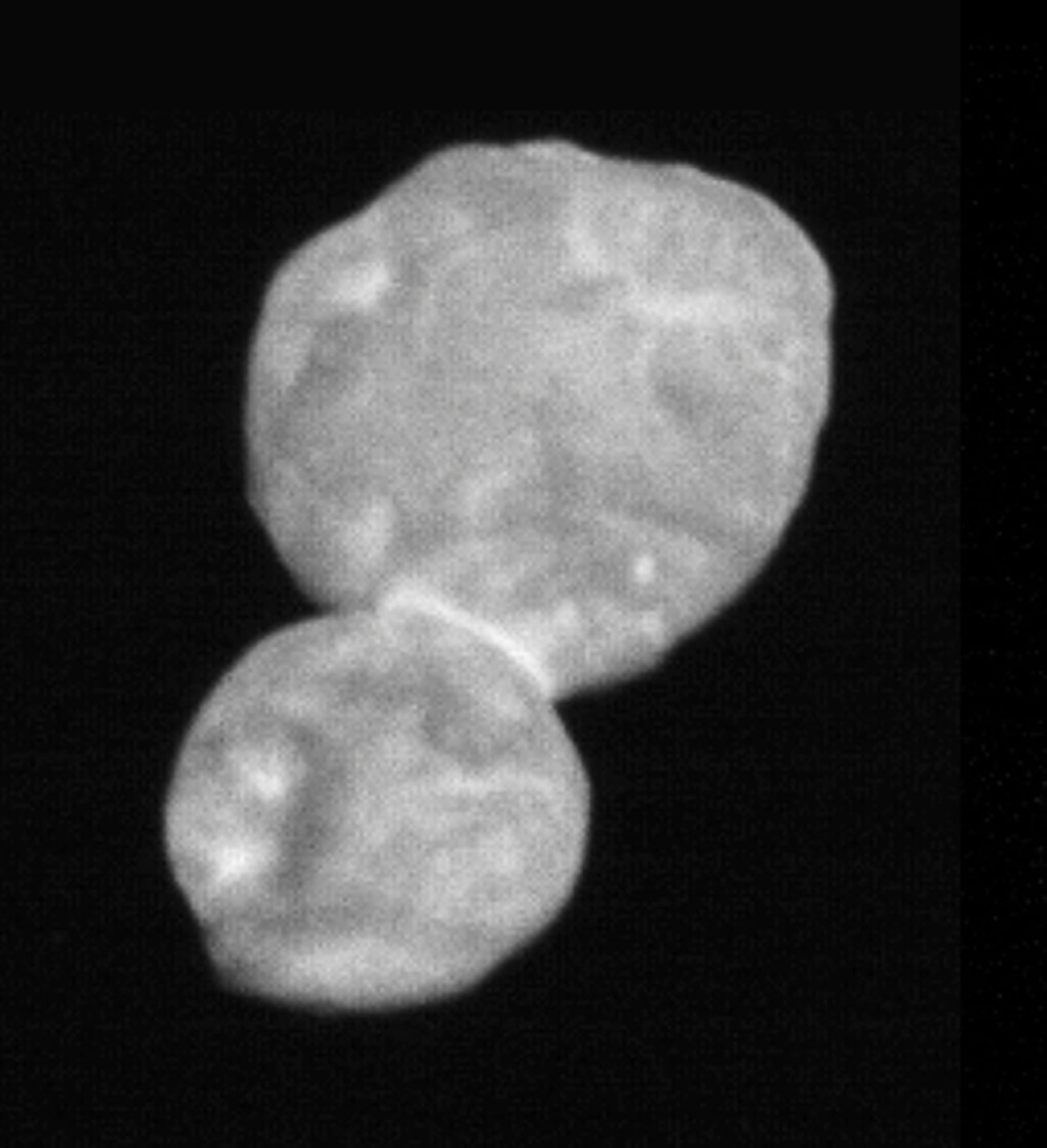 Source: Johns Hopkins University APL
Coverage: Newsweek
In this article: 2014mu69, astronomy, gear, kuiperbelt, nasa, newhorizons, science, solarsystem, space, tomorrow, ultimathule
All products recommended by Engadget are selected by our editorial team, independent of our parent company. Some of our stories include affiliate links. If you buy something through one of these links, we may earn an affiliate commission.