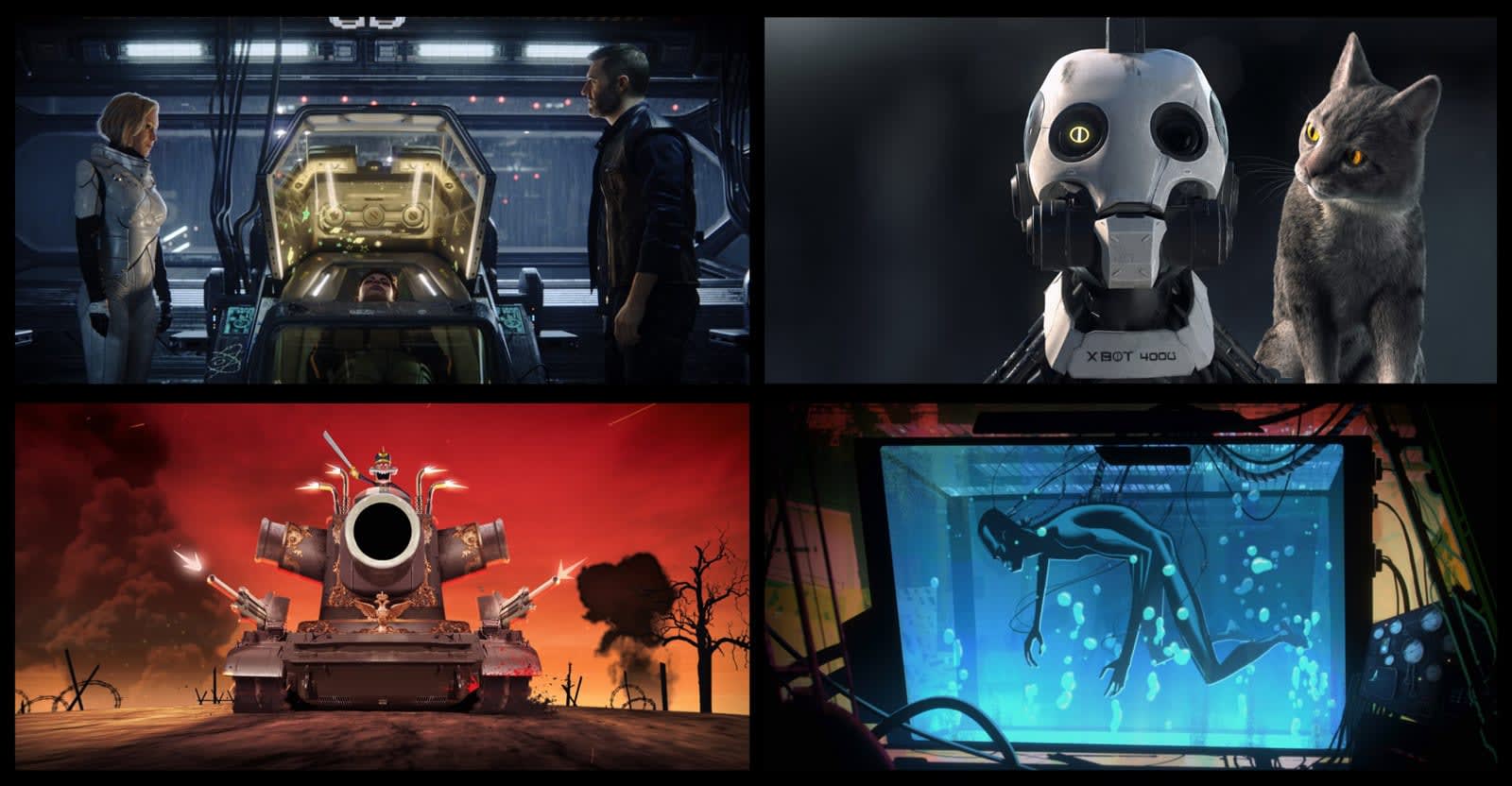 David Fincher's next project for Netflix is taking a sharp left turn. The famed director is working with Deadpool's Tim Miller on Love, Death, and Robots, a mature-themed animated anthology series. The show will revolve around 18 short stories of varying length (from 5 to 15 minutes each), each with their own film crews using distinctive art styles ranging from classic 2D to realistic CG.

The producers aren't saying much about the content, but have noted the episodes will cover genres like comedy, horror and tragedy. You can expect subjects as strange as "alien spiders" and "sentient dairy," in case you thought the producers might play it safe. Miller, in fact, was relieved that he can take risks -- the "creative landscape has finally changed enough for adult-themed animation to become part of a larger cultural conversation," he said.

There's no mention of a release date. Whenever it arrives, it'll serve as a textbook example of streaming media's appeal to high-minded creators. They can produce the shows they want without worrying as much about mainstream appeal, TV network requirements or other constraints.

Via: Hollywood Reporter
Source: NX (Twitter)
In this article: davidfincher, entertainment, internet, lovedeathandrobots, netflix, services, streaming, television, timmiller, tv
All products recommended by Engadget are selected by our editorial team, independent of our parent company. Some of our stories include affiliate links. If you buy something through one of these links, we may earn an affiliate commission.